Roger Perry, the veteran character actor who guest-starred on a memorable episode of the original Star Trek and portrayed Eastland headmaster Charles Parker on The Facts of Life, has died. He was 85.

Perry died Thursday night at his home in Indian Wells, California, after a battle with prostate cancer, his daughter, Dana Perry McNerney, told The Hollywood Reporter.

Survivors also include his wife since 2002, actress Joyce Bulifant, perhaps best known for playing the wife of Murray Slaughter (Gavin MacLeod) on The Mary Tyler Moore Show. Perry was previously married to Laugh-In star Jo Anne Worley from 1975 until their divorce in 2000.

A contract player at Desilu Studios who was discovered by Lucille Ball, Perry starred on a pair of ABC dramas in the 1960s that lasted just one season. He portrayed the son of Pat O’Brien on Harrigan and Son (their characters were lawyers in their own firm) and was a cop alongside Ben Gazzara and Chuck Connors on Arrest and Trial, a 90-minute program that was a forerunner to Law & Order.

Also, on a 1965 episode of CBS’ The Munsters, Perry played a young man with admirable intentions who’s out to rescue the beautiful niece Marilyn (Pat Priest) from a band of ghouls. However, they are, of course, members of her loving family.

On the big screen, Perry appeared in not one but two Count Yorga movies; was a doctor in the infamous Ray Milland and Rosey Grier classic, The Thing With Two Heads (1972); and played the father of Linda Blair’s flautist character in the musical drama Roller Boogie (1979).

On the first-season Star Trek episode “Tomorrow Is Yesterday,” which debuted in January 1967, Perry starred as Capt. John Christopher, an Air Force pilot in the 1960s who is suddenly transported aboard the Enterprise in the future.

After seeing the episode in recent years, Perry thought that “maybe I could have done more at that particular moment with that particular scene,” he said in a 2012 interview on StarTrek.com. “I say that because one minute he’s in a fighter plane and the next moment he’s in this strange situation where he’s in this room with these different people. It’s such a momentous moment for him that I think I should have tried some different things.”

Perry joined NBC’s The Facts of Life in 1981 at the start of its third season after John Lawlor, who played Steven Bradley, the former headmaster at the Eastland boarding school for girls, exited the series.

Born on May 7, 1933, in Davenport, Iowa, the blue-eyed Perry made his onscreen debut in 1959 on an installment of Westinghouse Desilu Playhouse, then appeared in such films as The Flying Fontaines (1959); Connie Francis’ Follow the Boys (1963); and Heaven With a Gun (1969), starring Glenn Ford.

His TV résumé also includes a recurring role on Falcon Crest as John Costello — a corrupt member of the Tuscany Valley Board of Supervisors who often was in the back pocket of Jane Wyman’s Angela Channing — and stints on Nanny and the Professor, Ironside, The F.B.I., The Bob Newhart Show, The Bionic Woman, Barnaby Jones and Love, American Style.

Perry also was a composer and songwriter. Barbra Streisand sang his song “A Kid Again” during her first TV special, 1965’s My Name Is Barbra, and he composed the scores for L.A. theater productions of Make a Promise, Keep a Promise and a musical version of George Bernard Shaw’s You Never Can Tell, in which he also starred with Bulifant.

The couple also starred on stage in The First Hundred Years (produced by John Forsythe), in Hanging by a Thread (with Patty Duke) and in The Happiness Bench (with Mariette Hartley).

Regarding The Thing With Two Heads, Perry said he went to see it at a theater on Hollywood Boulevard when it first came out.

“They had a sneak preview on a Friday night,” he recalled. “I went down there and the place was packed. They showed the thing and everybody just laughed and laughed. It was a great comedy. They released it as some kind of a horror film, but it wasn’t.”

He and Worley appeared as a couple on such game shows as Tattletales and It’s Your Bet.

Bulifant was previously married to actors James MacArthur (Hawaii Five-O) and Edward Mallory (Days of Our Lives), as well as Bewitched and Our Miss Brooks producer William Asher.

In addition to his daughter and wife, survivors include his brother, Nick; son, Christopher; stepchildren, Charlie (and his wife, Jenny), Mary and John; grandson, Parker; and step-grandchildren, Riley, Ford, Daisy and Evan.

In lieu of flowers, donations can be made to the River Bridge Regional Center for Abused Children in Glenwood Springs, Colorado, a nonprofit founded by Perry and Bulifant. 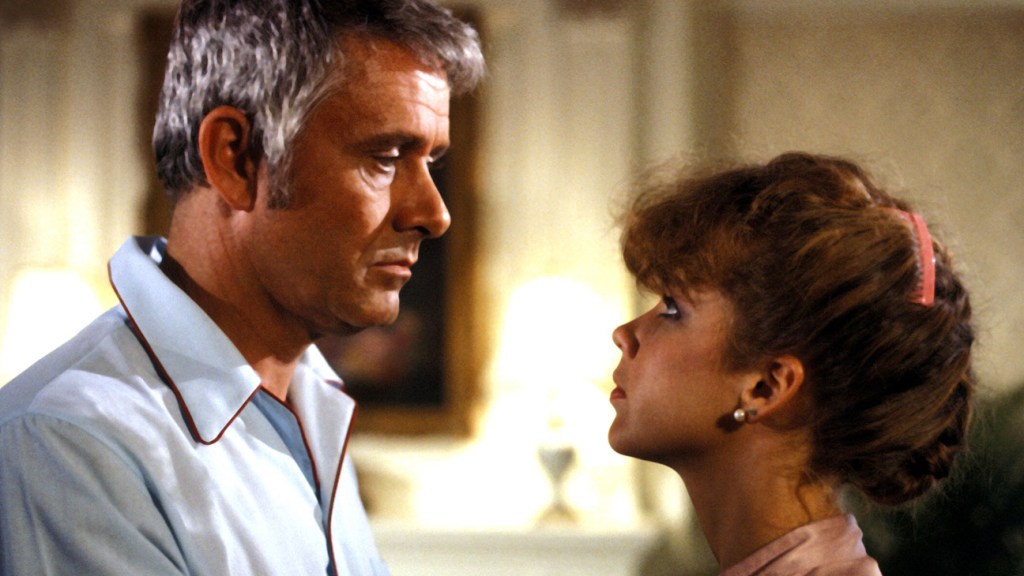