It’s hard to imagine a television show more lauded in the recent past by entertainment journalists than Mad Men, the first from showrunner Matthew Weiner and progenitor of a thousand think pieces. Critically acclaimed but never a blockbuster ratings hit, Mad Men so consistently produced stories and essays that one writer accused it of being “shoved down the world’s throat” by enthusiastic journalists.

Weiner’s relationship to the press, however, has soured significantly since Don Draper dreamed up his last brilliant ad idea at Esalen in 2014. In November, the creator was accused of sexual misconduct by a former Mad Men writer and called an “emotional terrorist” by a senior consultant. The Amazon executive who greenlighted his new series The Romanoffs at Amazon, Roy Price, resigned after he, too, was accused of misconduct. The stakes for The Romanoffs, already a $50-million, international and multilingual passion project, thus shot even higher.

The resulting anthology series, which releases its first two episodes Friday, doesn’t offer any mea culpas on the part of the TV creator, who has denied all allegations of sexual misconduct. (“I really don’t remember saying that,” he told Vanity Fair. “I’m not hedging to say it’s not impossible that I said that, but I really don’t remember saying it.”) Its stories, which all conclude at the end of their 90-minute durations, function like short stories, connected only by the fact that at least one character in each believes he or she is descended from the last reigning Russian royal family, the Romanovs. (The title refers to how some pronounce, spell and/or otherwise repurpose the famous surname.) It is also unmistakably a Weiner creation, preoccupied with how the past shapes the present and the stories that bolster people’s senses of their own identities, however false and wrongheaded.

The first three episodes — the only ones available so far to critics and journalists — share the theme of a white, privileged class clinging to a grand imagined past as the world changes. In the first episode, “The Violet Hour,” a racist and xenophobic Parisian matriarch named Anushka (Marthe Keller) harasses her new Muslim caretaker, Hajar (Ines Melab), with tales of her alleged Russian royal heritage and nasty comments about Muslims in France. Ironically, while her beloved nephew Greg (Aaron Eckart) eagerly awaits Anushka’s death so he can inherit her grand Parisian appartement, Paris-born Hajar treats her with kindness and humors her paranoia about her health. The upshot is that Anushka’s precious blood relatives have her interests less at heart than a particularly empathetic woman she demeans. 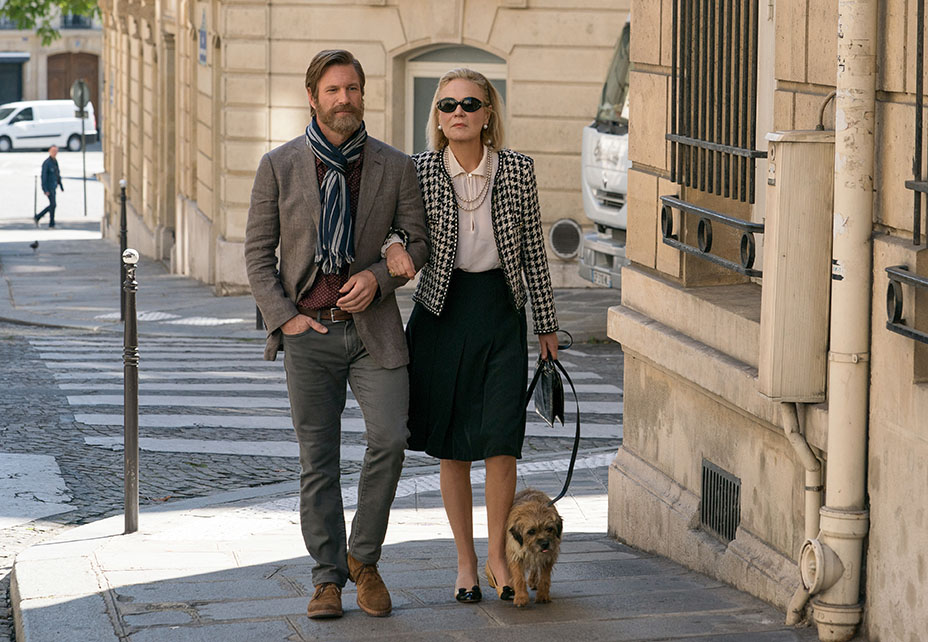 In the subsequent episode, “The Royal We,” unhappy college counselor Michael Romanov’s (Corey Stoll) brief enthusiasm for a Romanov-themed cruise inspires his frustrated wife (Kerry Bishe) to book two tickets in the hopes of rekindling their marriage. She ends up going alone, however, when her husband prolongs his jury duty by holding up the decision in order to pursue a beautiful fellow jury member. As Michael relives his bachelor days, his wife goes to dress-up balls and a lecture that valorize the Romanovs even as it mentions their intense resistance to democracy. With “The Royal We,” Weiner suggests that nostalgia for a purportedly mightier past can drive people to ethically dubious positions in the present.

Though the showrunner has resisted explicitly connecting his latest series to contemporary events in interviews, Weiner has suggested that the series is concerned with factionalism, authoritarianism and an imagined past in the U.S. and abroad. (Weiner declined a Hollywood Reporter request for an interview for this story.) At The Romanoffs premiere, Weiner said the show was inspired by the increasing isolation people feel in the contemporary world, and how they have sought out “tribe[s]” and heritage in order to fill the vacuum of social interaction.

The creator also frequently uses the word “great” in describing how his characters perceive their lineage, echoing both Donald Trump’s 2016 campaign slogan and Russian president Vladimir Putin’s word choice when referring to the last Romanov tsar, Nicholas II. In the show, “I am really interested in identity and legacy and genetics and nature versus nurture and also, the funny part, a bunch of people think they used to be ‘great.’ I don’t know if that makes sense to you right now in the world,” Weiner told one outlet at The Romanoffs‘ premiere with a laugh, seemingly referring to the Trump campaign. 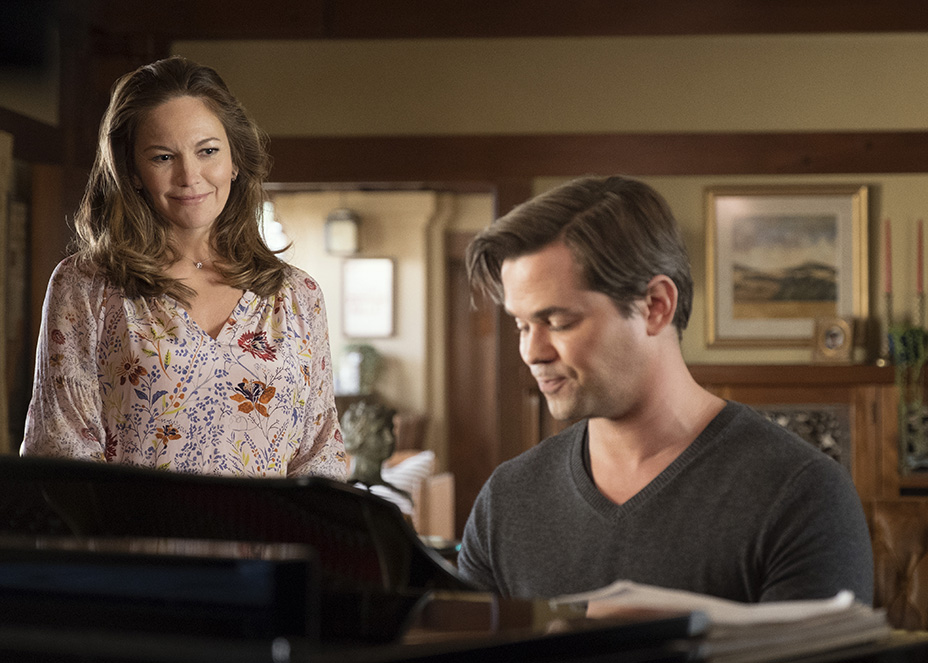 But while the first three episodes — the only ones available to the media so far — satirize the show’s backward-looking main characters, the series’ focus on white, predominantly wealthy figures has also opened it up to critique. In an interview with New York Times reporter Kyle Buchanan, Weiner was pointedly asked why all 16 characters on The Romanoffs poster are white. (“I don’t know what to tell you. There is a lot of diversity in the cast; they’re just not people that you know,” Weiner responded.) However, like on Mad Men, lesser-known castmembers are already gaining attention for their acting work — “The Violet Hour’s” Melab has earned praise in early reviews, including The Hollywood Reporter‘s, where critic Daniel Fienberg called her a “captivating discovery.”

Stickier still is the series’ recurring focus on men seducing and having affairs with younger women, given its creator’s own #MeToo allegation. In “The Royal We,” the camera follows Stoll’s character’s perspective as he looks a fellow juror up and down or focuses on particular areas of her body. “The camera never adopts the wife’s perspective in the same way that the camera adopts his,” Buchanan observes in the Times interview. Weiner — who directs all eight episodes of the show — argues that the camerawork intends to expose how “improbable” the man’s crush is.

Weiner addresses workplace abuse in Hollywood head-on in The Romanoffs‘ third episode, “House of Special Purpose.” Isabelle Huppert plays a monomaniacal director making a series about the execution of Nicholas II’s family and playing mind games with a new star, Olivia Rogers (Mad Men alum Christina Hendricks). Though Rogers is framed as a sympathetic protagonist, the episode does not telegraph a tidy moral about artists behaving badly by its end, offer an obvious nod to the #MeToo movement or suggest Weiner is addressing being what he has called “a really tough boss” on Mad Men.

That’s probably by design. “I don’t really approach things from an intellectual process; I am actually interested in entertainment,” Weiner told one outlet at The Romanoffs premiere.