[This story contains spoilers from the season 10 finale of ABC’s Roseanne.]

ABC’s Roseanne wrapped its abbreviated nine-episode revival season Tuesday night while also setting the stage for a larger storyline for its overall 11th cycle in the fall. The season finale set the stage for its controversial star, executive producer and head writer Roseanne Barr to explore a subject she has long wanted to delve into: health care in America. Following seeds showrunner Bruce Helford, Barr and the staff set all season, Dan (John Goodman) tells Roseanne that it’s high time she schedule knee surgery. The series previously revealed this season that Roseanne had developed an opioid addition as she popped the pills to cope with her pain and discomfort.

At the start of the season, Helford said that the root of the storyline was from Barr’s personal experience. “She wanted to deal with health care in America. She had a knee problem — it’s better now — that spurred the whole thing. She said, ‘What would Roseanne Conner do?’ She couldn’t afford the deductible to have surgery, so where does she turn to be able to get through work and everything else?” he told The Hollywood Reporter. 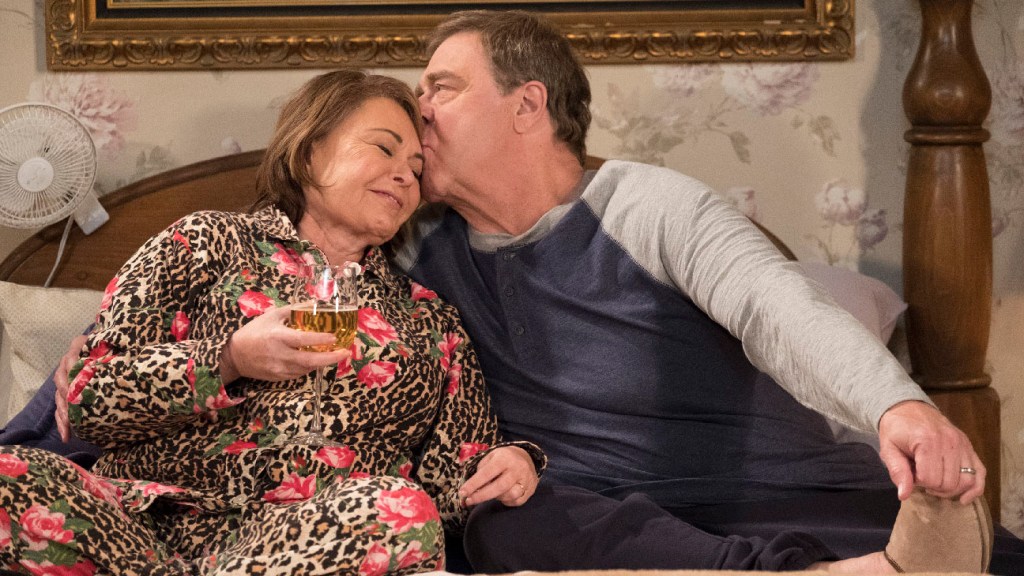 Helford — who will now be the lone showrunner on Roseanne after Whitney Cummings exited at the end of season 10 — told reporters Friday during a press call that the writers room has not yet opened and it’s too soon to know where the storyline will pick up when season 11 returns in the fall.

“We’re talking about if we come back in ‘real time,’ it would probably be right after Roseanne’s surgery, but we may jump forward in time,” Helford told THR during the call. “The threads have all been put in to go forward, so the things that are raised there will definitely be continuing through next season. There’s all kinds of issues to be discussed.”

If the finale is any indication, that could also mean the lengths to which Dan will go to get work, including going around his union to hire illegal immigrants, as well as how working-class families experience financial assistance from the government in times of a disaster, as the Conner home’s basement flooded during the finale.

“[Roseanne] had hurt her knee before we began production, and there was even talk at one point that she would have to perform in a wheelchair because her knee was so bad,” Helford said.

'Roseanne' Criticized for 'Black-ish' and 'Fresh Off the Boat' Joke

The decision to tell the larger story about health care in America through Roseanne’s character was an intentional one, to hear the showrunner tell it: “Roseanne Conner was going to get the most attention and we could have easily put it onto any of the characters, but the fact that Roseanne is dealing with it is our way of speaking to the level of importance of this issue in America today.”

Roseanne has not shied away from topical issues facing the working class. Like the spirit of the original run, which had a history of addressing larger political and social issues, the revival famously opened its new season with an episode that explored the country’s divisive response to President Donald Trump, whom Barr has publicly supported. The storyline between Roseanne and her sister, Jackie (Laurie Metcalf), was designed to reflect the debate among Trump’s working-class base and spur a larger discussion.

The reboot also found itself under the microscope again this season when a one-off joke taking aim at fellow ABC comedies Black-ish and Fresh Off the Boat was blasted as being “reductive” and “belittling.”

Helford stressed that the joke was “not intended to be dismissive [or] reductive” and that it was “simply a nod to the other shows” and about how all three comedies “try to find a commonality to make any show that’s about a specific ethnicity inclusive to all ethnicities, so that we do our jobs as broadcasters and reach a wide number of people.”

To that end, Helford told reporters last week that he knows Roseanne and its polarizing star are under more of a microscope than any other show right now and that while he always wants to be honest to the characters (with a “mind of sensitivity”), the series will still tackle larger issues.

“We will definitely be handling issues that are political hot-buttons,” Helford said. “One of the things that Roseanne and I always agreed upon from my very first day when I started in 1992 working on the show was: This show has to be brave. This show has to go where other shows are a little afraid to go or very afraid to go. So the show will continue to be socially relevant; the show will continue to get this dialogue going.” 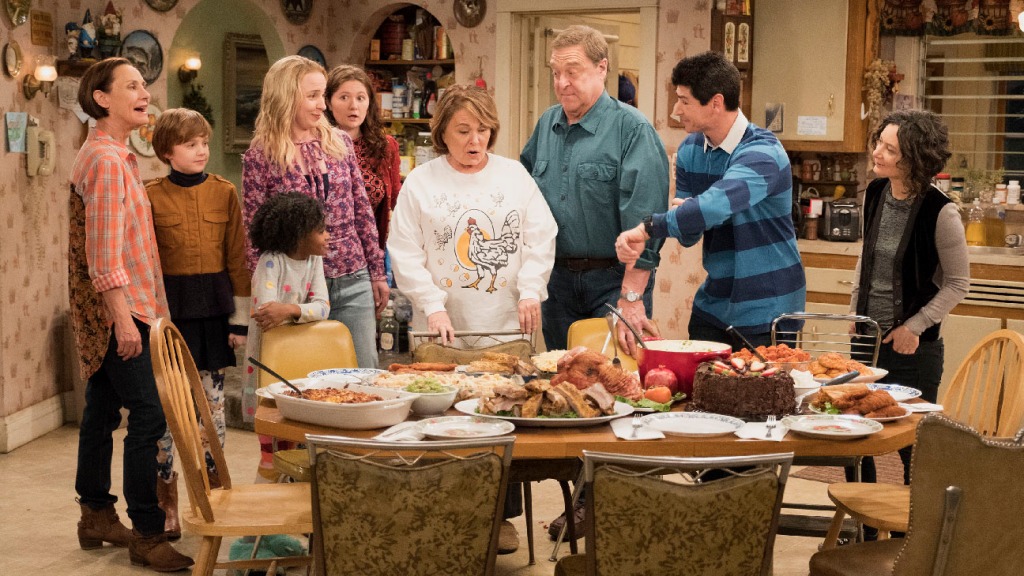 As far as what to expect when the multicamera comedy returns in the fall for its expanded 13-episode run, Helford said the Conners’ new Muslim neighbors would be back, as would D.J.’s (Michael Fishman) wife, whom he noted is the same girl the teenage boy didn’t want to kiss because she was black. Helford hopes Big Bang Theory star Johnny Galecki will return for another episode as David and even hopes to see George Clooney step in and reprise his role as Booker, Roseanne and Jackie’s former boss. Also expect more time at Becky’s (Lecy Goranson) Mexican restaurant.

“We did always look to Elgin as one of the places that represents where the Conners would live, and that particular area has become primarily Hispanic,” Helford said. “That’s part of the reasons that they now hang out at a Mexican restaurant, because that [is] the change in their community. … We definitely will be seeing more Hispanic characters in the show as we come through and we’ll be dealing with some aspects of that. … We’re going to be socially relevant and talk about all the issues that are facing working-class people in America.”

Roseanne will return in the fall on ABC. A formal premiere date has not yet been determined.