The network has handed out an eight-episode straight-to-series order for a revival of the wildly popular family sitcom headlined by comedian Roseanne Barr. The reboot will debut sometime midseason on the network.

Original castmembers Roseanne Barr, John Goodman (despite the fact that his character Dan died of a heart attack during the final season), Sara Gilbert (Darlene), Laurie Metcalf (Jackie), Michael Fishman (D.J.) and Lecy Goranson (Becky) are all set to return. Sarah Chalke, who played the role of Becky after Goranson, will also return, but in a different role.

“The Conners’ joys and struggles are as relevant — and hilarious — today as they were then, and there’s really no one better to comment on our modern America than Roseanne,” Dungey said in a statement.

The pickup comes almost 20 years after the Emmy-winning multicam went off the air. The revival will again be a multicamera comedy.

The revival sparked interest from several potential buyers including Netflix, which has revived Full House, Arrested Development and Gilmore Girls. The Roseanne revival was spearheaded by Gilbert, who currently hosts and exec produces the CBS daytime show The Talk.

Roseanne centered on the working-class Conner family in Illinois and ran on ABC from 1988-97. At its peak, Roseanne ranked as the top series on television during the 1989-90 season and drew nearly 17 million viewers for its final episode. The series has continued to air in reruns on TV Land, CMT and Logo.

The pickup comes as networks, including ABC, have worked hard to better appeal to working-class middle America in the wake of Donald Trump’s stunning defeat over Hillary Clinton in the 2016 presidential election. “[The election] made the ground shake underneath media,” TLC president Nancy Daniels told THR in December, “and now everybody is taking a hard look: Are we telling the right stories? Are we reaching the right people?”

Roseanne is just the latest in a long line of revivals that includes NBC’s Will & Grace, as well as 24, Prison Break and The X-Files — which will return with another 10 episodes in 2018 — on Fox. ABC’s cult beloved mystery Twin Peaks is also getting the revival treatment, albeit on Showtime.

'Roseanne' Revival in the Works

Roseanne will be one of two revivals on the Disney-owned broadcaster. The network beat out NBC and Fox to resurrect American Idol only a year after Fox opted to cancel the singing competition. On the unscripted, ABC has also found success with revivals of game shows like Match Game and $100,000 Pyramid.

Roseanne‘s straight-to-series pickup will be ABC’s lone multicamera comedy on its 2017-18 schedule. ABC recently canceled Last Man Standing and Dr. Ken — its only multicamera shows. The Disney-owned network will start the fall 2017-18 season without a single multicamera comedy on its schedule as pilot Household Name, starring Carol Burnett, is being redeveloped. The format, however, remains popular on CBS, which is home to Big Bang Theory, Mom, Kevin Can Wait, Superior Donuts and Man With a Plan. (Both Big Bang and Mom are executive produced by former Roseanne writer Chuck Lorre.)

In addition to the Will & Grace revival, launching in the fall, NBC has The Carmichael Show and Marlon, both of which are being held for summer. Fox has been out of the multicam business for a few seasons. 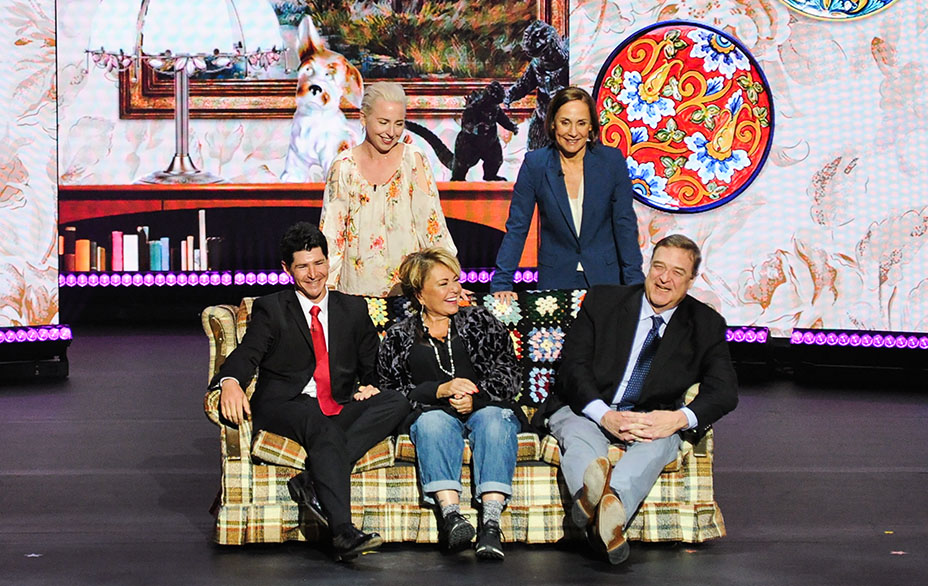