[This story contains spoilers from part two of The CW’s “Elseworlds” crossover.]

With Earth-1 impacted by a magical book that altered reality, Monday’s Arrow installment of The CW’s big “Elseworlds” superhero crossover found The Flash’s Barry (Grant Gustin), Arrow’s Oliver (Stephen Amell) and Supergirl’s Kara (Melissa Benoist) in Gotham to try and get to the bottom of things. Unfortunately for the heroes, a mugging (and their inability to stand down) landed the trio in jail, where they were bailed out by a mysterious figure — Kate Kane (Orange Is the New Black grad Rose), aka Batwoman. 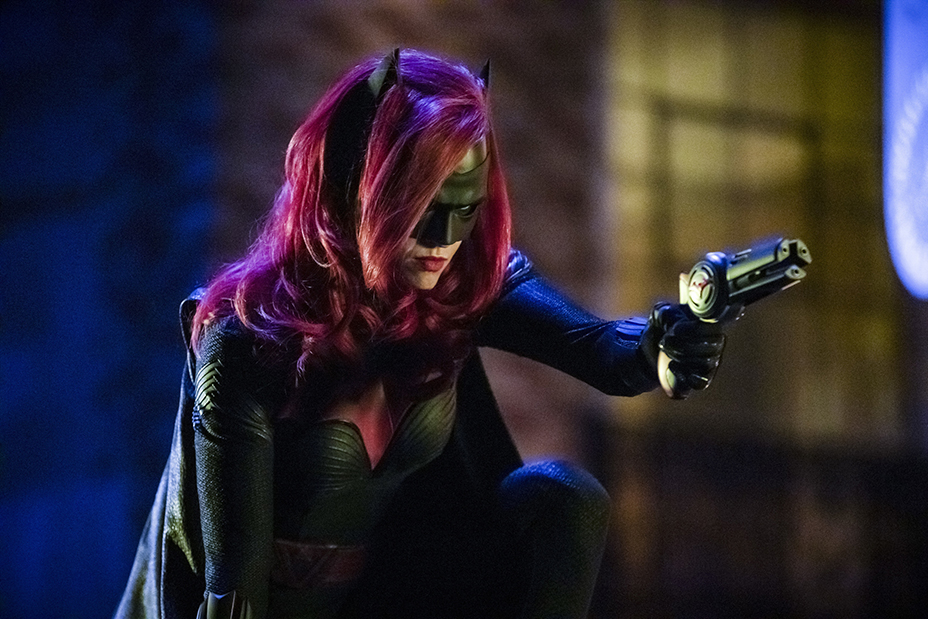 “Our goal was trying to create a setup, story-wise, where we could meet her, be intrigued by her, introduce Gotham a little bit … and then have people wondering, ‘What is this world she’s part of?’” Caroline Dries, who is developing The CW’s Batwoman stand-alone series, told reporters. “We just realized the best story for that would be if our guys went to Gotham and she helped out with their story and then shooed them away. So we knew who the character was going into it … the question for us was how to make her sort of mysterious.”

Of course, the group didn’t go away, and instead went to Arkham Asylum to try and track down Dr. John Deegan (Jeremy Davies), who started the reality-skewing mayhem. But Deegan wasn’t willing to go down without a fight and released the criminally insane villains who were being housed at the infamous hospital.

With the heroes in trouble (again), Kane, as Batwoman, stepped in to save the day. It was a bit of a blow to Oliver, who spent much of the hour insisting that Gotham having its own hero was an urban legend. (Arrow had previously established Oliver’s Green Arrow as the first vigilante; “Elseworlds” allowed that Batman existed in the same universe.)

However, Bruce Wayne’s current whereabouts remains a mystery, as he disappeared from Gotham three years earlier. In his absence, Kate — his cousin — has been picking up the pieces. 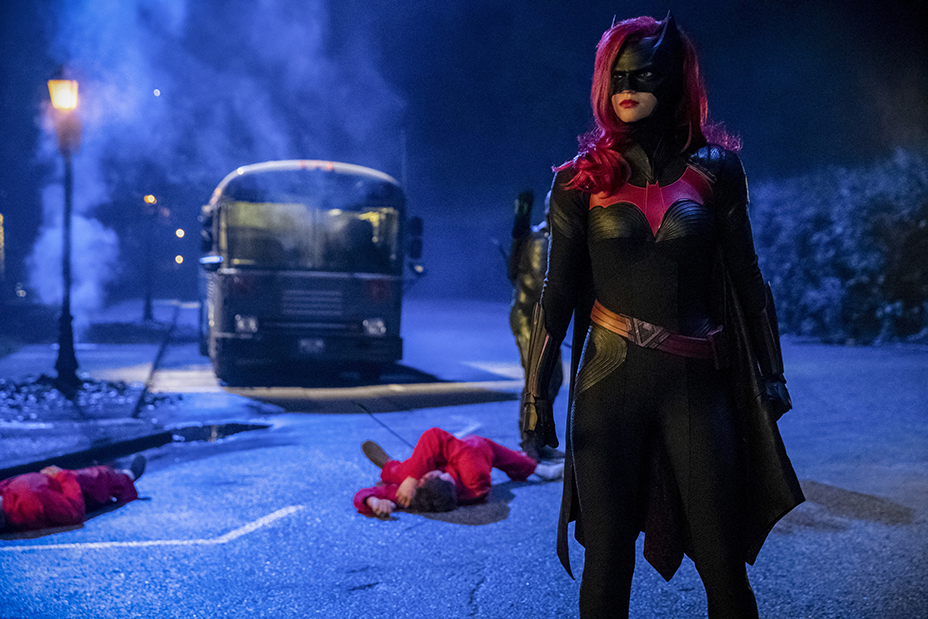 The familial connection gave Kate an extra tie to Kara, who has her own experience with a famous cousin who is prone to going MIA. And thanks to Kara’s X-ray vision, she (privately) told Batwoman she knew she was really Kate. (Kate, similarly, knew Kara was Supergirl.)

“It was important for us to humanize Kate in a way that made her relatable to the other characters in the Arrow-verse, even though we were creating an enigmatic character,” Dries said. “We wanted an in to her. In our minds, Kara obviously has a cousin [and she’s] sort of in his [Superman’s] shadow. Her story was getting out of his shadow, and that’s exactly Kate’s story. And so it was important for us to find a moment for them to bond … It felt like the right moment, the right move.”

How 'The Flash's' 'Elseworlds' Episode Paid Homage to 'Smallville'

Although Gotham’s inhabitants are some of the best-known comic-based characters, it was important to find the right woman to step into Kate’s shoes. “Ruby has a really strong, silent presence,” Dries said. “Her look is so powerful that you don’t want to take her eyes off of her. She brings so much to the plate, we realized, with just standing there and absorbing what the other guys are talking about.”

“One of my favorite moments was when they show up at Wayne Enterprises and they’re all kind of bickering about Batman and she’s just standing there waiting for them to figure out this stuff,” she continued. “So that …was a fun surprise.“ 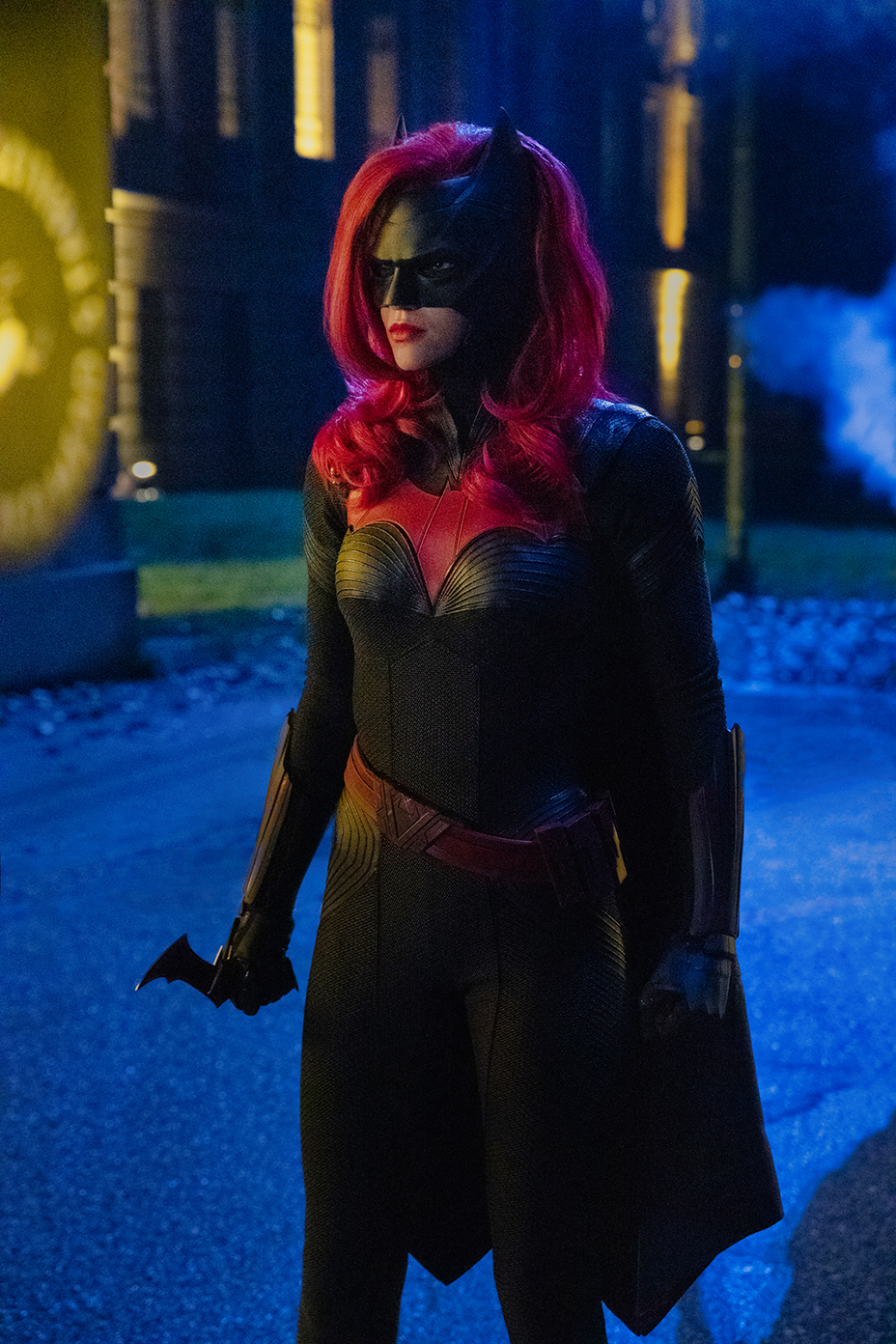 If Batwoman goes to series, it will also mark an important milestone: Rose will be the first LGBTQ lead in a live-action superhero series. (The character description for Kate also notes she’s an “out lesbian,” though the Arrow hour of the crossover didn’t dive into her romantic life.) ”It’s awesome,” Dries said. “It seems like it should have happened already, but here we are. We’re pumped [and] very blessed.”

The Elseworlds crossover concludes Tuesday on The CW.