[Warning: this story contains spoilers from the Runaways comic book series on which the new Hulu show is based.]

When it comes to the television adaptation of Brian K. Vaughan and Adrian Alphona’s Runaways, the comic book scribe had one simple rule for Josh Schwartz and Stephanie Savage, the Gossip Girl team charged with bringing the Marvel Comics series to life: “No Wikipedia answers.”

With that said, there’s at least one massive twist from Vaughan’s Runaways arc that could find its way onto the Hulu series before season one ends — and in the spirit of that twist, be warned: potentially massive spoilers are ahead.

In the comic books on which Runaways is based, the six teens are struggling to reconcile the truth that their parents are members of the Pride, a supervillain organization with ties to an ancient evil. Except there’s one Runaway who isn’t struggling with this secret at all. This person has not only known about the Pride for a full year before the rest of the Runaways, but actually understands and accepts the dark deeds.

Are you sure you want to find out who that person is? Look no further than the image below … 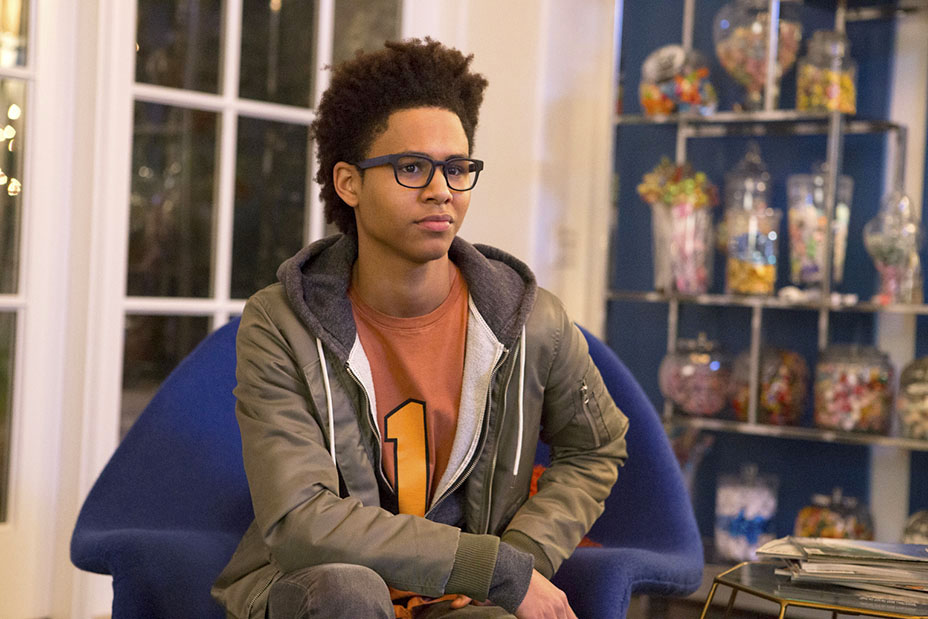 “I knew from the beginning that Alex was going to be the traitor,” said Vaughan, speaking about the game-changing twist involving Alex Wilder as a double agent within the Runaways. “It became difficult, because we fell so in love with him, that it was hard to finally pull the trigger in the end.”

But the trigger was pulled nonetheless: Alex reveals himself as a traitor within the Runaways group at the end of Vaughan’s first arc on the comic book, which leads to the rest of the kids fighting against him, and ultimately leads to Alex’s death — followed swiftly by the deaths of the rest of the Pride.

“When people were first reading Runaways, I liked how if you’re reading Spider-Man, you’re pretty sure Spider-Man isn’t going to die next month,” Vaughan said. “But with Runaways, people really had no idea which characters were expendable and which characters might do a heel turn and could end up working with the villains. I loved that.”

Will the Hulu adaptation follow suit, and turn Alex into a villain at some point in the future? Through three episodes, one can read the scenes involving Rhenzy Feliz’s bespectacled hero in an ominous light, though the three actors who make up the fictional Wilder family are careful not to reveal too much at this point in time:

Rhenzy Feliz (“Alex Wilder”): “Alex is dealing with something different in the series than he is in the comics, so there’s a little bit of a different backstory. The series dives much deeper than the comics did, so we’re taking it a little bit slower. There’s still a lot more to be found out. I can’t tell you exactly how different and similar they are, but it isn’t extremely different. The essence is still there.”

Ryan Sands (“Geoffrey Wilder”): “Of course I know where Alex ends up [this season], but we’re far from any hint of [his arc in the comics] on the show right now. It would be a crazy dynamic. That would be hard to imagine in the show, but it would be amazing to see.”

Angel Parker (“Catherine Wilder”): “Rhenzy is a wonderful actor. He’s a great lead to our show. [Schwartz and Savage] assured us that they were sticking with the comic for the first season, and then they would branch off of that, sort of how Game of Thrones broke off a little bit from the source material. But I don’t know. I don’t have a crystal ball. I definitely don’t know what their plans are. We don’t have a season two yet. We’ll see how that goes. But I don’t know why they would kill off such a wonderful character. We’ll see. My guess is as good as yours, I know that much!”

For his part, Vaughan once again refers to the “no Wikipedia answers” rule in terms of what to expect from Alex Wilder in the future: “The only way to recreate [the comic book’s] level of uncertainty is to do an adaptation that says we’re not going to be completely beholden to what’s happened before. Anything can change. I find that really exciting.”

'Runaways' Stars on Playing the Villains: "We Literally Have Blood on Our Hands"

Do you think the Hulu series will make a traitor out of Alex Wilder? Sound off with your theories in the comments section below!