Netflix has set a premiere date and released the first photos from The Spy, a limited series starring Sacha Baron Cohen as a legendary Mossad agent.

The six-episode series, set to premiere worldwide on Netflix on Sept. 6, is a fairly rare dramatic turn for Cohen (Who Is America?), who plays real-life Israeli spy Eli Cohen, who ran a successful undercover operation in Syria in the 1960s. The series was created by Gideon Raff, whose Israeli drama Prisoners of War is the source material for Showtime’s Homeland.

While living in Damascus in the early ’60s, Eli Cohen became close enough to ambitious military leaders and their wealthy friends to earn a game-changing level of trust and information about Syria’s secret anti-Israel activities.

The Spy also stars Noah Emmerich (The Americans) as Dan Peleg, Eli’s handler in the Mossad, who tries to ease his guilt over the sacrifices Eli makes; Hadar Ratzon Rotem (Homeland) as Eli’s wife, Nadia, who knows something isn’t quite right about her husband’s government job; and Waleed Zuaiter (Altered Carbon) as Amin Al-Hafz, a military officer who thinks Eli is the perfect ally.

Raff writes and directs the series. The Spy is produced by Alain Goldman.

Below are two more photos of Cohen in character as Eli Cohen. 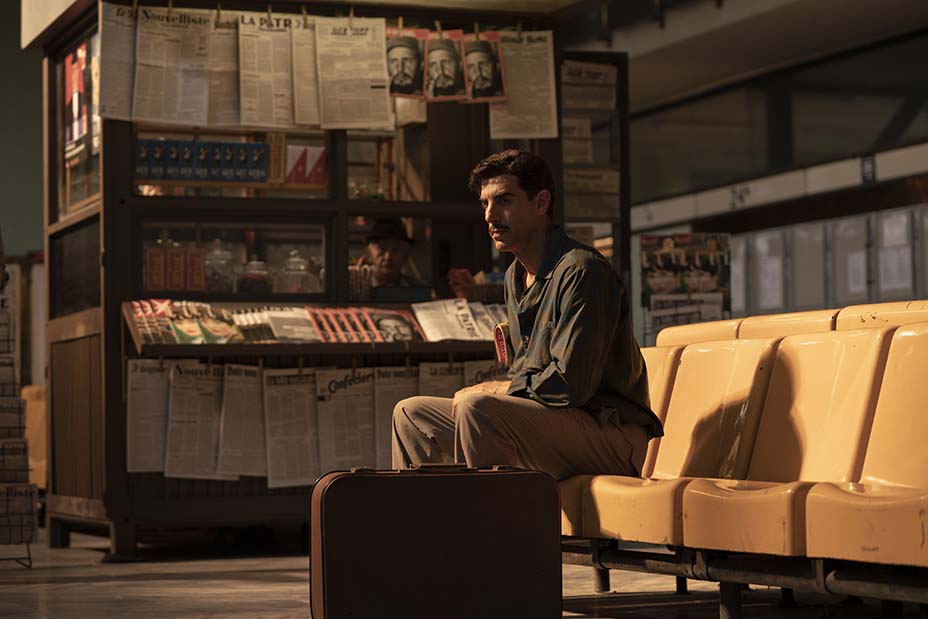