Samantha Bee’s Full Frontal hit the road once again, this time to Washington, D.C., where the late-night host rallied with students and teens attending the March for Our Lives event on Saturday.

In a video shared with The Hollywood Reporter, the TBS late-night host is shown rallying alongside students, sharing signs and asking them for their thoughts on the demonstration, in particular what they think of Marco Rubio. In response, students referred to the Florida senator as an “asshole,” “gold digger” and “player.” Meanwhile another young girl referred to Rubio as someone who took a government class in high school, but forgot everything he learned.

To march alongside the teens, Bee brought homemade signs to which she asked which one they considered better. The signs read, “Paul Ryan thinks AR-15 stands for 15 Ayn Rands” and “Pokemon Go away guns!”

While asking for their advice on how to use Snapchat, Bee also emphasized that the students should be able to take days off of school for their participation. “I definitely feel like this should count as extra credit and you should not have to go to school on Monday,” Bee told other teens, writing a note that they could give to their teachers. “Just tell your teacher that Katie Couric gave you the day off.”

Bee then encouraged her audience to do their part in supporting the teen activists. “If you don’t know who to vote for, just ask a 16-year old. They know everything.”

Bee’s fellow late-night hosts also expressed their admiration and support for the students attending the anti-gun violence march including Tonight Show host Jimmy Fallon, The Opposition’s Jordan Klepper and Jim Jefferies. Last week, Bee announced that they would make the road trip via the repurposed bus they used to travel to the Women’s March in 2017 and conventions before that. Bee also said that their bus would act as a sign-making station and include free cell phone chargers on the bus “so that your phones have enough juice to lead a movement.”

A sign outlining an “amended” Second Amendment stood outside of Bee’s Full Frontal bus, which featured altered wording of the amendment such as rewording “right of the people” to “the right of certain tested background checked and licensed.” 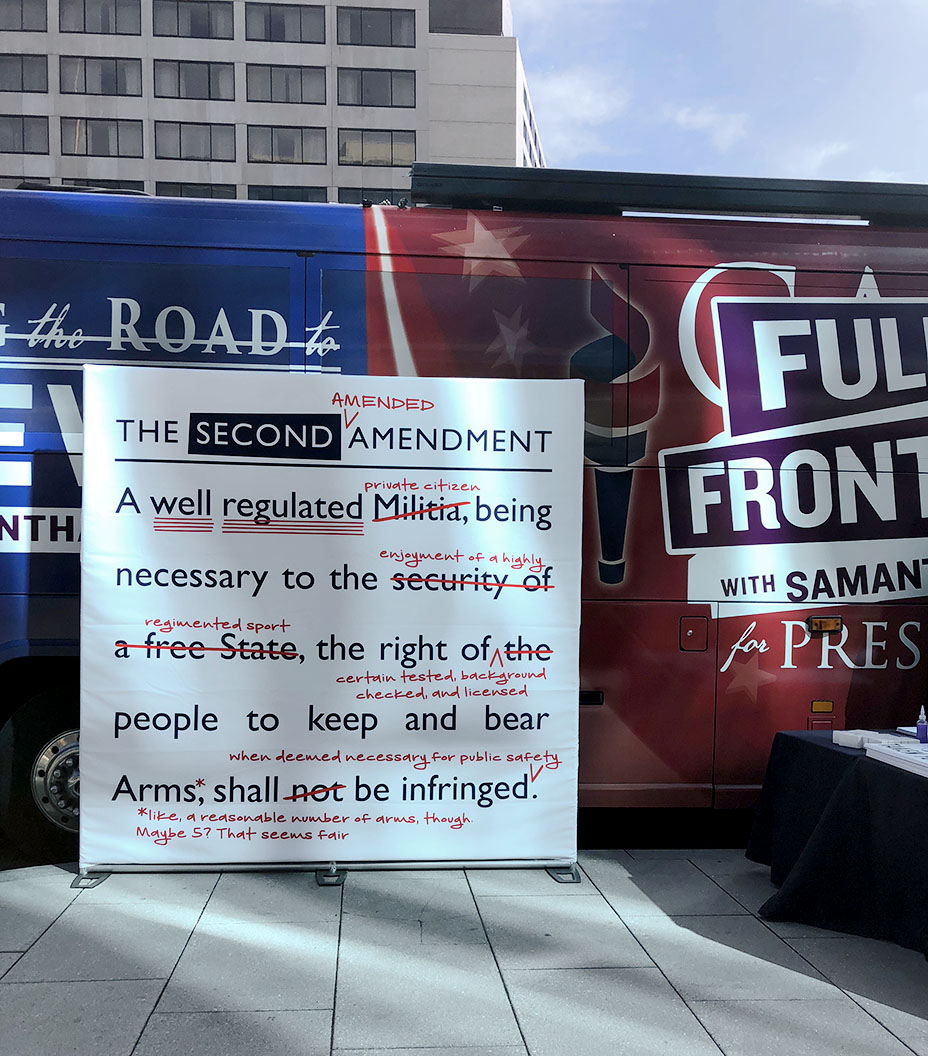 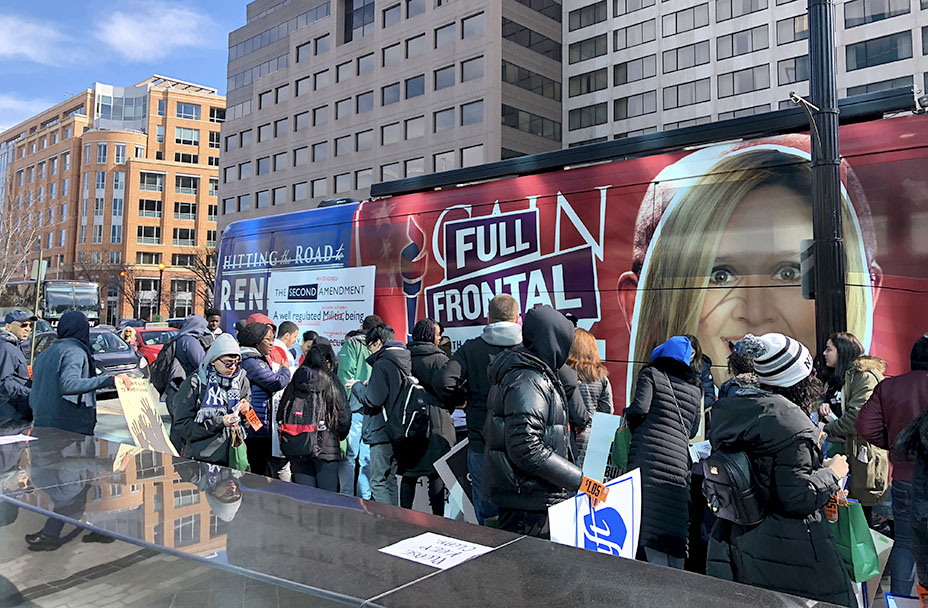 March for Our Lives events were held in over 800 cities worldwide, including Los Angeles, New York, Washington, D.C., and Chicago.