[This story contains spoilers from the Jan. 14 episode of HBO’s Divorce.]

Divorce rather definitively answered its biggest burning question heading into the second season: How long will the Sarah Jessica Parker HBO tragicomedy drag out the divorce between Frances (Parker) and Robert DuFresne (Thomas Haden Church)?

The answer: not long.

The second season opened its shortened eight-episode sophomore run on Sunday with Frances and Robert making their split official, marking their frustrations with a John Hancock and signing their divorce papers. “So, I’m divorced — now what?” Frances flippantly asks her therapist friend Dallas (Talia Balsam) when returning home to the suburbs of Hastings, New York. She successfully ignored Robert while riding home together, but apart, on the same New York City outbound train.

That question, Parker says, is the one she and new showrunner Jenny Bicks, who also worked on Sex and the City, set out to answer when plotting the brighter second season.

“There were lots of conversations about where we were picking up, lots of healthy debates,” star and executive producer Parker tells The Hollywood Reporter. When Bicks came on board as showrunner, replacing the departed Paul Simms, Parker says the second season was accelerated and the writers had six weeks, instead of four or five months, before filming began. “We had to figure out: Are Frances and Robert divorced? Have they signed papers? Are we picking up 20 minutes later from the highway, or two weeks later? Just answering that question to our mutual satisfaction was the first hurdle.”

Now with the papers signed, and Robert putting his mustachioed look behind him, the first episode is the start of a new phase for each of the central characters. Especially for Robert, who had called the police on Frances in the season one finale to falsely claim she had kidnapped their children.

“Robert has to kind of take a step back and say, ‘Who can I be now?'” Church tells THR of shedding the darker side of his character, one of several reasons Bicks had promised a lighter feel this season. “At some point, he was a good father, husband, provider and leader; he was someone who watched out for everybody’s security and future. It just collapses so completely in the first season that no matter how cliche it is, you’ve got to pick yourself up. If you have any sense of resilience, self-dignity or honor for your family, then however deep you’ve got to dig, you have to be willing to do it. So that’s where he starts out.”

Though Church says Robert and Frances will be forever conjoined as co-parents — and kids Lila (Sterling Jerins) and Tom (Charlie Kilgore) will have more screen time — the actor says Divorce has already explored the darker path and that this ex-husband and wife are ready to move on: “We’re not going down sitcom lane, but we want to figure out, how can things be more hopeful?”

Frances intends to throw herself into everything that doesn’t have to do with Robert, but her attempts to refocus on her friends and two children fall heartbreakingly short. She discovers Dallas is having an affair with Robert’s lawyer (“Dallas has been a little self-involved,” says Balsam of her character’s choice) and after dismissing her trampoline gift, Frances’ own teen son watches on passively while his mother cuddles herself into a ball and cries at the end of the premiere.

Things will get better for Frances when she shifts her efforts to the art gallery she recently opened, and she’ll even meet a new love interest as the season goes. “Jenny brought a lot of enthusiasm and energy that was very welcome,” says Parker of the overall tonal shift. “It’s really a desirable gift, the quality of the comedy and the stuff that brings levity.”

But Frances’ post-divorce path, by design, will look different than Robert’s. “Rather than calling this a ‘season two,’ it really feels like ‘one and a half,’ because what Frances imagined as liberation proves different in reality,” explains Parker, who is notably a married and working mother of three. “Yes, she is now single. But so much of what is hard remains: You are in essence parenting a lot by yourself now; you’re still dealing with money issues as a new business owner, which you’ve never done before; your friendships are testing you in ways you didn’t expect; and your children have a lot of really strong opinions about the decisions you made, and may not see that you aren’t the villain in it.”

She adds, “It’s really halfway to what she actually imagined. Instead of being a season of hope, it really is one of promise — but it’s not what she imagined liberation would look like.” 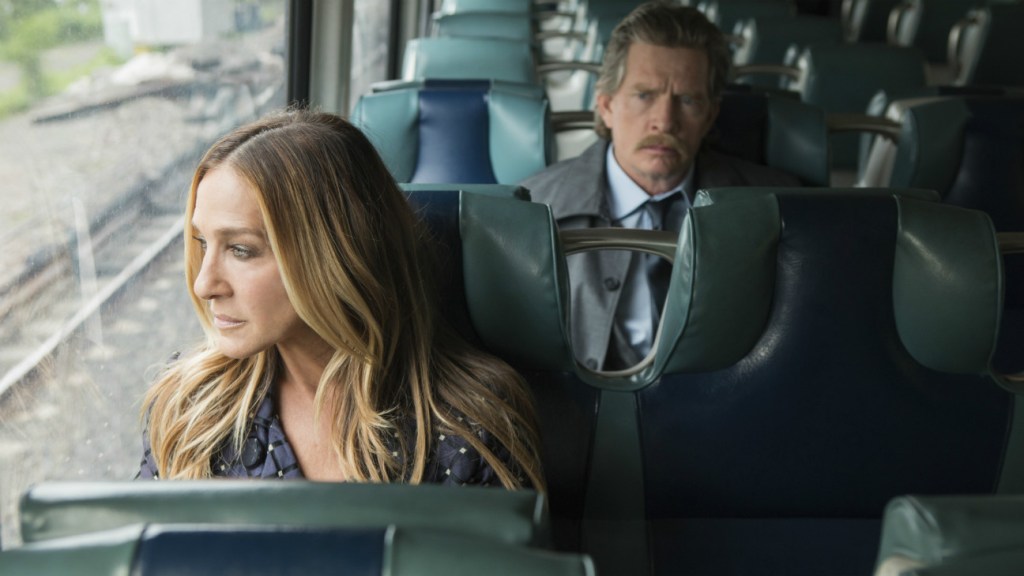 Parker produces Divorce under her Pretty Matches Productions banner with partner Alison Benson and, as an advocate of the Time’s Up initiative, the timeliness of launching a show focusing on female stories is not lost on the Sex and the City icon.

When Bicks came on board, one of the big changes she knew she wanted to make was expanding the ensemble to further flesh out the storylines for Dallas and the show’s other contentiously married pair, Diane (Molly Shannon) and Nick (Tracy Letts). “They really wrote a lot for me, which was so nice,” Shannon tells THR of her season-two arc. “Even though Diane can buy anything and shop wherever she wants, she’s feeling a little vulnerable and empty inside. She is a little lost this season. It’s interesting when you get to that age when things are kind of settled. You make choices in your life and I think she’s asking, ‘Is this it? Is this enough?'”

Shifting the show from a story about a divorcing couple to one about how women and men handle life after a divorce creates more opportunities to highlight lesser-told stories about women like Dallas, a single and working empty-nester, and Shannon’s wealthy yet blissfully unhappy Diane.

For Balsam, Dallas will be discovering what her “second act” looks like after her son heads off to college. “I don’t think there’s an answer for that,” the actress tells THR. “It’s interesting to be at this point in your life and to say, ‘If you don’t want to get married again, what do you want to do? What do you want that part of your life to be?'” After sending her own son off to school, Balsam says she found time to reconnect with old friends “because now I have space for that.” She continues, “I would like to know what that space makes for Dallas. And also with the girls — excuse me, the women — Frances and Diane, because they are very different, but I think they will be continuous friends.”

Shannon agrees with her co-star, and calls for more female-led shows like Divorce. “As far as I’m concerned, there aren’t enough,” she says. “When you write stories about women and when they recognize and see themselves, they want to watch it. They’re hungry to see themselves onscreen. It’s funny because Divorce is a show that I would definitely be watching every week, so the fact that I’m on it is such a special treat.”

All of those changes result in a series shift, and how the eighth episode ends will push open the door even further to future possibilities beyond the show’s initial concept, should Divorce get a third season from HBO.

“Because we have such gifted actors, there’s a lot to explore,” says Parker of the show’s potential future. “You are divorced. It’s an identity, it defines you in certain ways. There is a lot to be said on the topic. I think it’s rich with potential.” She adds, “We haven’t really discussed a lot of what that means if we do another season, but I certainly think that there does exist plenty to explore.” 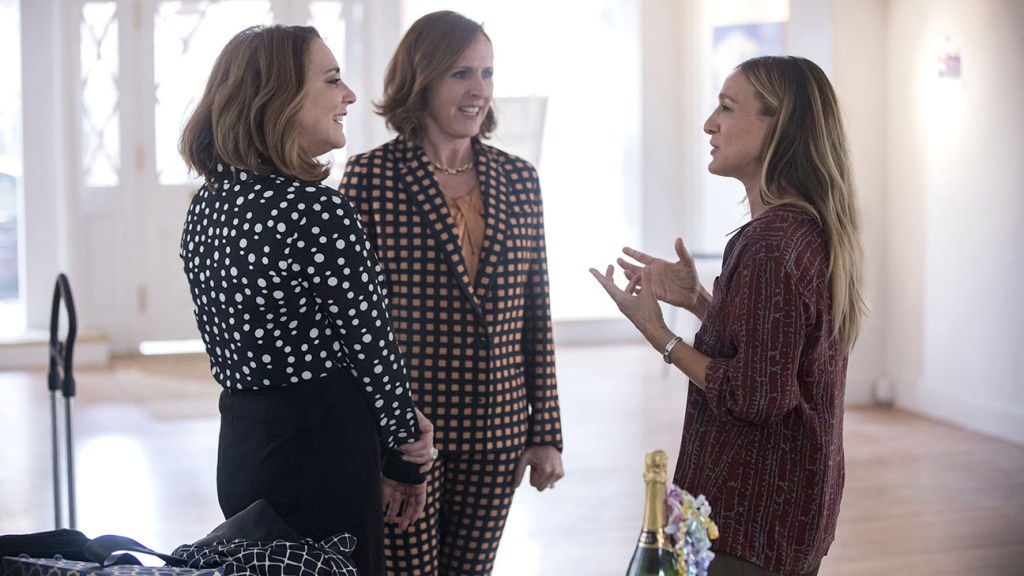 The second season of Divorce airs Sundays at 10 p.m. ET/PT on HBO. What did you think of the premiere? Sound off in the comments, below. Head to Live Feed for more show coverage.