Continue to The Hollywood Reporter SKIP AD
You will be redirected back to your article in seconds
Skip to main content
April 19, 2018 10:04pm
Logo text

[This story contains spoilers from the series finale of ABC’s Scandal, “Over a Cliff.”]

The Gladiators, one last time, took the stage Thursday night at the El Capitan Theatre in Hollywood to celebrate the series finale of ABC’s Scandal with a live table read and panel discussion — after, naturally, the cast gathered for a final live-tweet of the East Coast broadcast of the Shonda Rhimes drama.

Between ear-piercing screams for shocking twist (Josh Malina’s David dies!) and turn (Rowan decides to confess for creating B613!), the entire cast (save for Scott Foley who had to leave after the red carpet for a personal engagement), showrunner/creator Shonda Rhimes and exec producer Betsy Beers fielded questions about how Olivia (Kerry Washington) and Fitz’s (Tony Goldwyn) story ended and more.

Rhimes in the end would opt to kill David, the attorney general of the United States and who, in Scandal speak, had the whitest hat of everyone on the series. He was killed by the vice president, Cyrus (Jeff Perry), whose lust for power would make him do the unspeakable. Given that Rhimes — who wrote the series finale — has always said thatScandal was ultimately about the corruption that came with the lust for power and the Oval Office, it made sense that the most innocent of everyone would be killed by the person who craved the presidency the most.

“It became clear that as politics in America took a totally different turn that we thought that politics on the show had to shift,” Rhimes said during the Q&A portion. “That changed what the end of our series was going to be.”

Added Washington of the ultimate scandal within Scandal: “The defining scandal of Scandal is the over-arching idea that the closer you get to power, power corrupts. Each character has to hold on to the best of themselves as they move closer into power.”

'Scandal' Series Finale: How Shonda Rhimes Left Her Mark on TV (and Politics)

Washington became the first African-American woman to topline a broadcast drama in 37 years with Scandal, and the actress reflected on the importance of her journey and the show’s success: “If Scandal hadn’t been a success, it would have been another 40 years,” she said. “You [the audience] made room for protagonists that look all kinds of ways.” Washington also credited the writers for truly going over a cliff (in Scandal speak) with a finale that sent a message both on-screen and off. “To have the courage to kill off the guy who wears the white hat I thought was extraordinary and bold creatively and that’s how we do,” she said.

As for David’s death, Malina said he received a call from Rhimes the night before the table read for the series finale informing him that his character would be killed off. “Bad!” Malina said when asked about how he responded to news of David’s fate. “Having made it to the finale, I was always concerned about dying. … and then I got excited to find out who and how.”

'Scandal': What's Next (and Fun Facts) for Each of the Gladiators

The live table read also revealed a few scenes that were ultimately cut from the series finale that made it to air. Here are three that we caught:

• One of the scenes that was cut from the series finale was a pivotal moment between Mellie and Cyrus in which the latter admitted that he didn’t order Jake to kill David but that he did it himself in his bid to propel him into the presidency and leave Fitz, Mellie, Olivia and company to pay for the sins of B613.

• A second cut scene featured an exchange between Olivia and Rowan in which she learns that her father is going to take the fall for B613. But Rowan instead tells her that he’s not taking the fall — he’s “taking the credit” for it.

What did you think of the final Scandal? Share your thoughts in the comments section, below. 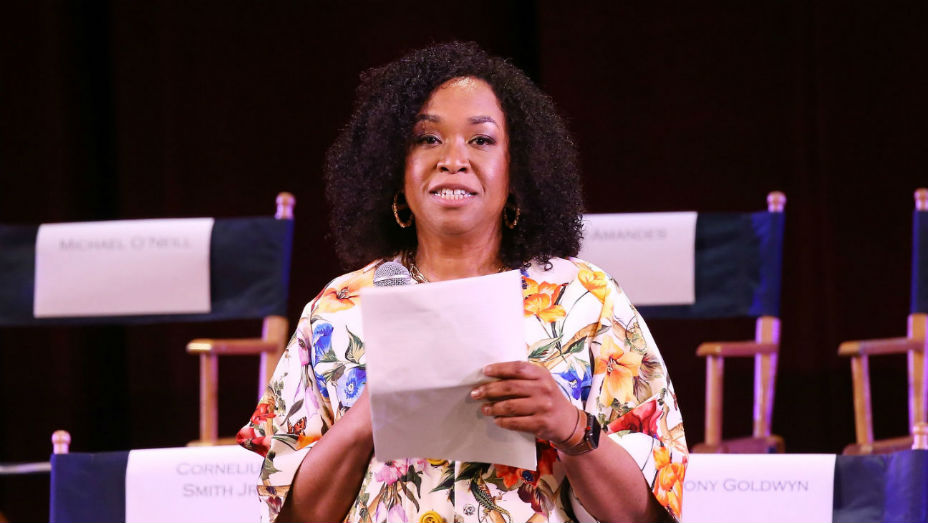 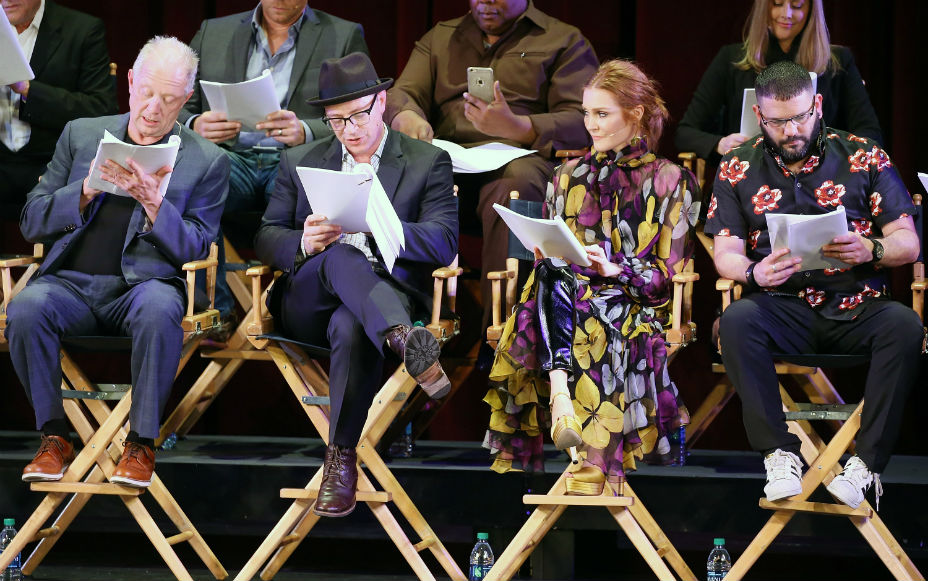