Continue to The Hollywood Reporter SKIP AD
You will be redirected back to your article in seconds
Skip to main content
August 19, 2021 2:00pm

“This was kind of a tough episode,” admits PEN15‘s Maya Erskine of “Play,” for which she has earned an Emmy nomination for writing. In the second season of the Hulu comedy, in which Erskine and co-star/co-creator Anna Konkle play fictionalized teenage versions of themselves, Maya and Anna see their friendship tested when the former is cast in the school play — and the latter, the true performer of the duo, is relegated to the tech booth instead of the stage. “The goal by the end of the season was to see Anna and Maya separate and become their own individuals,” Erskine explains. “The reality is that these two have to find their own place in the world alone because they can’t be together forever.”

Danny Strong, Shonda Rhimes and Other Limited Series Showrunners on Their Emmy-Nominated Series

Erskine was a theater kid, so she knew there were many opportunities for humor in this scene. “I remember how seriously everyone takes it,” she says with a laugh. “The life-or-death stakes are about lights and cues — everyone’s fighting to the death.”

Anna, still bitter she wasn’t cast in the play, overcompensates by aggressively leading the team of techies behind the scenes as the show’s stage manager. “There was something really powerful about her being a stage manager as opposed to an actor,” says Erskine. “As a stage manager, she could really find her voice that would empower her to speak up and lead this troupe.” Anna’s assumption of control over the actors is in contrast to her home life, where she feels powerless amid her parents’ divorce.

The show’s conceit — that the 30-something Erskine and Konkle play teenagers Maya and Anna — truly works best when they share scenes with their young co-stars. “It was really fun to include more of the kids,” Erskine says. “This season of the show, we got to explore other characters and their journeys a bit more because it’s always been so focused on Anna and Maya.” As such, this scene required a very grounded approach to the humor rather than the pair’s more over-the-top, physical comedic moments.

“There’s something meta about this scene,” Erskine says. “We can get serious about the silliest thing in a writers room — we could be talking about a fart or whatever, and we’ll fight to the death about it.” Here, even the kids’ teachers can’t help but get wrapped up in the drama club drama. “Steve and Greg are taking sides with their own respective groups, the techies and the actors. They’re not really calming things down, they’re adding to it.” 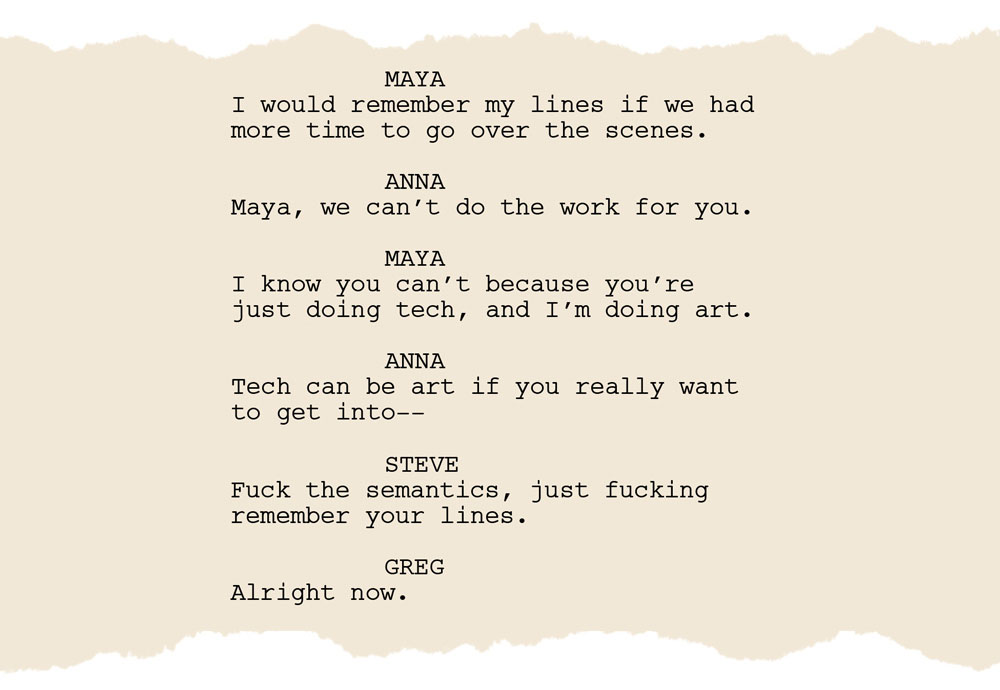 “I wrote this way before the pandemic,” Erskine says of this moment. “The culture of theater is such a big deal. If you get sick, you can’t go onstage. You’ll get everyone else sick!” 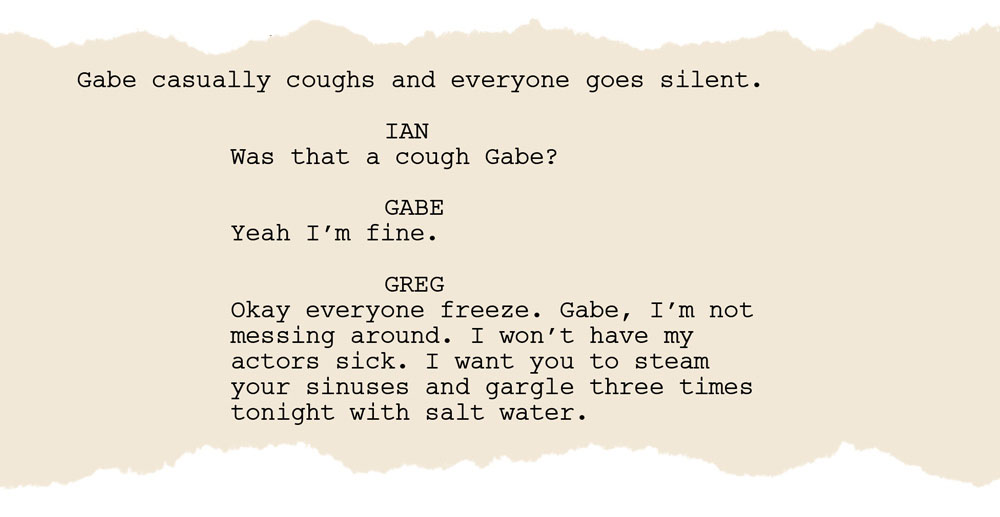 Maya is excited for her first kiss with Gabe, set to happen on opening night in the play. Gabe, on the other hand, is dreading it. “We were really excited for Gabe to have his own story and struggles that he’s working out,” Erskine says of the character, who is secretly struggling with his sexuality. While Anna and Maya’s tension plays out as a larger conflict between the techies and actors, the smaller, subtler story is practically unspoken. Says Erskine, “Gabe is avoiding that first kiss at all costs.” 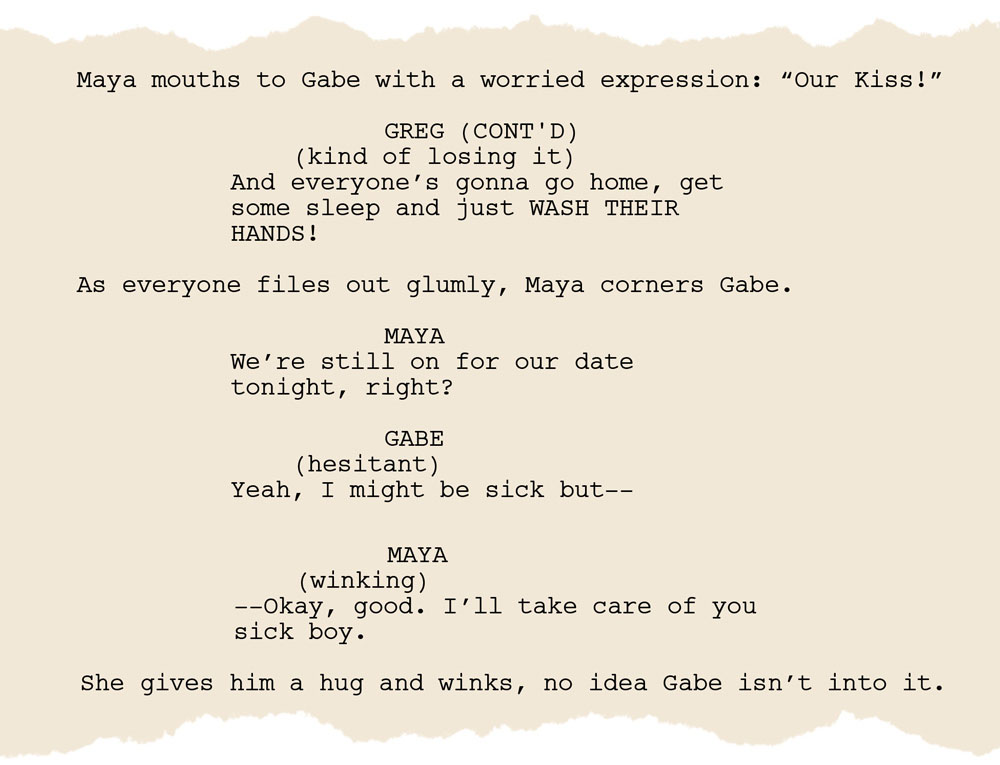