[This story contains spoilers from the Sense8 series finale.]

Sense8 didn’t go out with a cliffhanger, a major death or an action-packed explosion. Instead, the revived sci-fi drama from Lana Wachowski delivered on quite the happy ending.

After canceling the ambitious drama after two seasons only to bring it back for a goodbye episode after viewer outcry, Netflix released the finale episode of Sense8 on Friday. The two-and-a-half hour series ender reunited the captured Wolfgang (Max Riemelt) with the rest of his cluster and, for the first time in the series, the sensates — eight global strangers who are connected by a shared consciousness — fought and defeated the bad guys as a united front, together both physically and mentally.

“The fans were very vocal and they supported the show from day one,” series executive producer Grant Hill tells The Hollywood Reporter when speaking about the show’s sendoff. “We certainly wanted to give them something, but we also felt that to leave the show as a question-mark didn’t really sit well. We wanted to see an ending — and an ending that went out with the same level of storytelling, energy and efforts that went through the two seasons.”

Indeed, the second season ended with Wolfgang’s capture by the evil BPO organization that hunts the sensates and the impending nuptials between Nomi, a transgender hacktivist, and her girlfriend, Amanita, put on the backburner. Hill looks back on the second season as a turning point for the series — “we got good reviews, the end of season two was very strong for us,” he says — which is why when Netflix decided to cancel the show less than one moth after its debut, the news came as a shock to the creators, who had initially mapped out five seasons.

The second season launched May 5, 2017; the series was canceled on June 1 and Wachowski announced the revival on June 29. What happened from there, says Hill, was a “hectic” series of events: Wachowski began working on the script (she directed and co-wrote the episode, “Amor Vincit Omnia”), while the producers were simultaneously negotiating the budget with Netflix, a usual four-month process that was nailed down in weeks. The cast also needed to be locked back in for scheduling.

“Because we had told everybody that season two was the end, not unreasonably everyone went out and got jobs,” says Hill of the ensemble, which also includes Brian J. Smith, Tuppence Middleton, Miguel Angel Silvestre, Bae Doona, Tina Desai, Toby Onwumere, Terrence Man, Naveen Andrews and Darryl Hannah. “When we were doing season one and two, we had all of the principal cast there all of the time; you have the ability to move scenes and the cast around. On this, everybody had other commitments. But once we had a schedule, we kept it. We got everybody there who was supposed to be there — sometimes just a little too close for comfort — but it all worked out.”

The schedule involved only 27 days of shooting for a feature-length sized ending. “There was some talk about doing two episodes, and then we realized that it shouldn’t be episodic. It is a finale and it should be self-contained,” says Hill, who hopes to reach a broader audience with the finale. “On the 27th day, we stopped and everybody cried and then had a very big, large and great party.”

Sense8 shot in four cities: Berlin, Paris, Brussels and Naples, but its most impressive feat was filming the Nomi and Amanita wedding at the Eiffel Tower. The 20-minute, cast-wide ceremony and party was filmed in just an hour and a half.

“We could only have the Eiffel Tower one night — it’s never been shut down for a commercial enterprise or for filming,” Hill recalls. “Storms were scheduled and earlier in the evening it did rain. We had two hours before we had to leave the premises. The rain and the wind stopped and we shot like you’ve never seen before. It was cameras everywhere, up and down, one person here and going there. It was controlled chaos, but everyone was determined.” 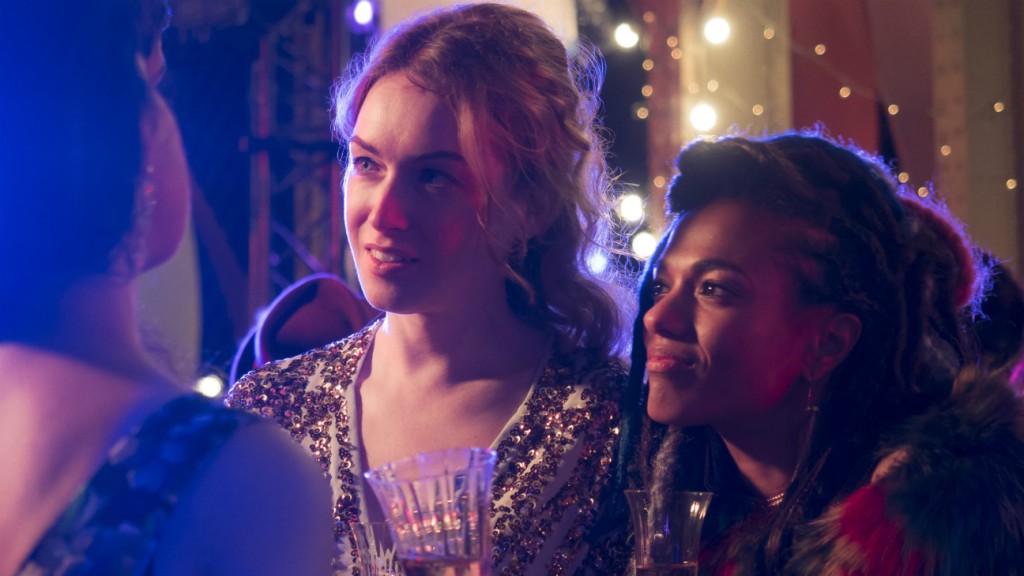 “I think there is an acknowledgement in there that in order to change things and bring the world into slightly different and better order, you have to start with the people,” says Hill of Wachowski, who created the show with J. Michael Straczynski, and her vision. “We have to be more tolerant. There’s always going to be differences, but at least people are aiming for wider goals of inclusion and just listening. Being prepared to listen to somebody else’s point of view, argue with someone, get somewhere. There’s not a lot of that out there at the moment, it seems.”

“It had been in Lana’s mind for a long time and we all felt it was fitting,” Hill says of the ending, which did involve some stunt doubles but was largely the main cast. “You want to in a sense be happy for what you’ve seen and round out that finish. We wanted to leave it on a joyous note. An important factor all the way has been to broaden the spectrum — not just to broaden peoples’ minds, but to invite them into something that they may not have found without the show.”

That sequence was also filmed quickly, in about 45 minutes. “There’s no amount of choreography that could deliver something like that based on rehearsal, it was a very in-the-moment thing and a very joyous moment. That was the idea of the ending: That you see the joy of the way they met, you see the reunion, you have that sequence that is hopefully joyful for people.”

That accomplished the goal of the series, says Hill: “We always hoped and tried, without being in your face, to aim for an inclusive story that didn’t draw on any particular sort of people, but that was something full of energy and love, and people helping each other who have a common cause, and to have a little fun with it.”

Hill credits the fans, as well as a push from Netflix, for the buzz around the series being the loudest its ever been, and he hopes the final episode will be a window into the show for new viewers. “I would like to see this propel a new audience. I think it’s worth it, I think it deserves it, but time will tell,” he says.

And though the definitively happy ending rules out the option for any sort of third revival, Hill says that was intentional.

“It’s tough coming back to doing a finale like this when you’ve been canceled and gone through all of that,” he explains. “We understood and Netflix was very straight-forward and gracious about it, but it’s a hard thing to go through. It always takes a long time, particularly when fans are going crazy and everyone has a different view on whether it’s really gone, but then it got to the point that everyone acknowledged it was finished. So to come back was also hard, because you just finished trying to push it out of your mind.”

He adds, “Netflix had understandably said from the outset that they wanted something that was a finale. We knew that; they asked us to do that, and so we did it with a good conscience. It was a rush to get it together and get it done, but I think we couldn’t have expected it to have turned out any better.”

The Sense8 series finale is streaming now on Netflix. 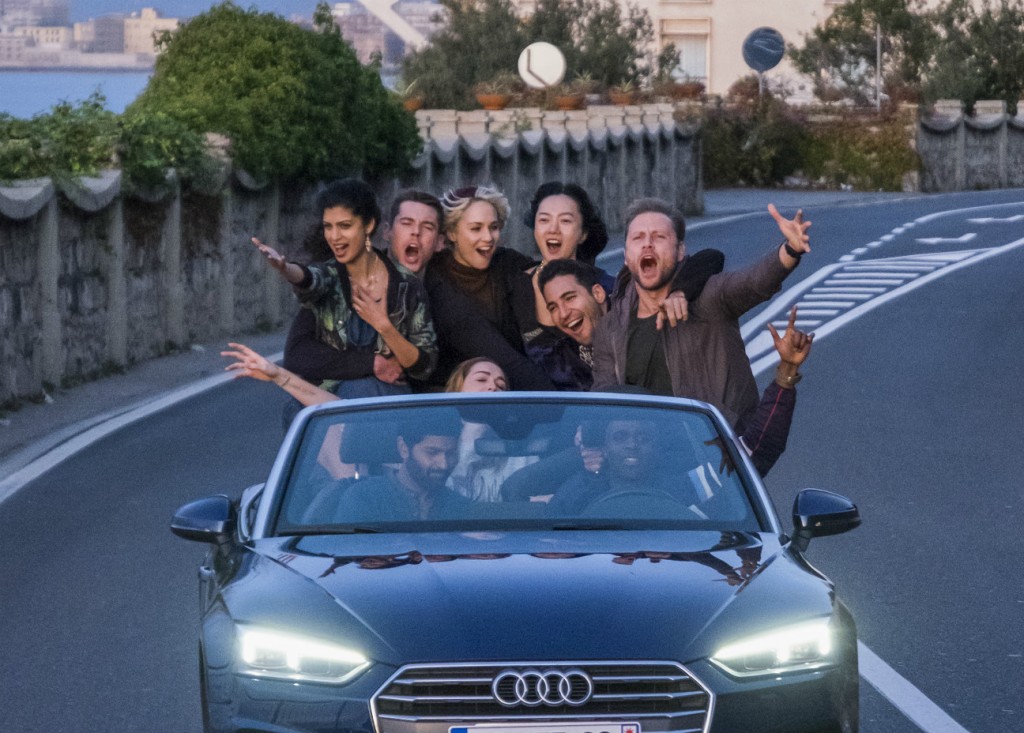