Mid-afternoon on Oct. 7, on a quiet street filled with sandwich and cigarette shops in Paris’ working-class south, a cavernous club fills up with decked-out extras. It’s The Eddy, the beating heart of Damien Chazelle’s new Netflix drama about a jazz club in modern-day Paris. And it feels like it’s a world away from the Eiffel Tower, the Champs-Élysées or the polished tourist traps of the tony Marais.

The Eddy was constructed inside a crumbling cinema by Oscar-nominated art director Anne Seibel. The exposed brick interior and scaffolding is an amalgam of New Morning nightclub, Paris’ musical standard-bearer near the gritty eastern train station, and La Gare, a disused depot hidden just steps from Boulevard Périphérique, a ring road that divides wealthy central Paris from the working-class suburbs.

For French American Chazelle, who spent his childhood in the city, creating the club The Eddy and the series named after it was an opportunity to peel away the glossy cinematic stereotype of postcard-perfect Paris. “There’s a very limited idea of what Paris is, and it’s an image frozen in time, exclusively relegated to the monuments and this idea of the city from the ’60s, ’50s or even ’20s that is less true now,” he tells THR. “It feels like only recently that there is the idea of Europe becoming an increasingly multicultural, multiethnic, multilingual entity. Paris as not just a city of berets and baguettes but becoming a city of all different sorts of cultures flowing in.”

It took six years to get The Eddy to screen. Six-time Grammy winner Glen Ballard came up with the idea before bringing in producer-director Alan Poul and Chazelle, solely on the strength of his short-turned-feature Whiplash. From there, the trio worked backwards. Starting with Ballard’s songs, they fleshed out the characters before enlisting Jack Thorne to craft the story and scripts. It was later translated to include a melange of Arabic, French and Polish as the dialogue bops back and forth between tongues.

The fictional story centers on André Holland’s American expat Elliot Udo, a once-famous pianist who fled New York after a family tragedy, whom Holland characterizes as “a bit of a dark cloud.” Amandla Stenberg stars as his estranged daughter, Tahar Rahim as his troubled business partner, and Cold War breakout Joanna Kulig as the band’s lead singer and Udo’s occasional lover. 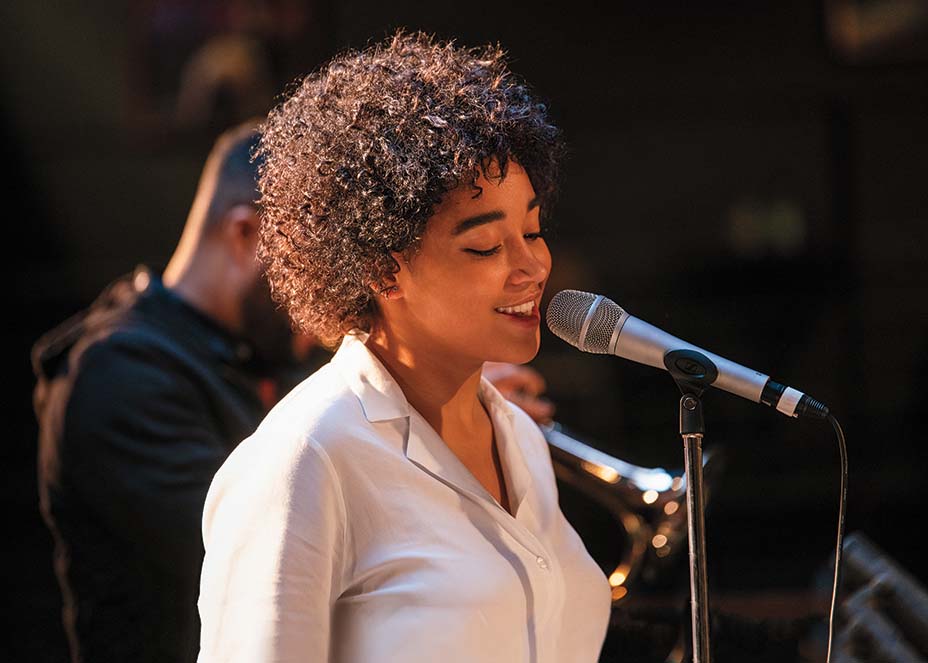 When Chazelle started to pitch a jazz show, executives assumed it was a period piece. There’s no singing in the streets à la La La Land, and the misconception turned into motivation. “That was actually inspiring to all of us because we knew what cliches we were going to bump up against and we knew what preconceptions we wanted to try to explode,” he says. They shot throughout the city, in tiny apartments and in the cramped high-rise housing projects of Paris’ underprivileged suburbs. 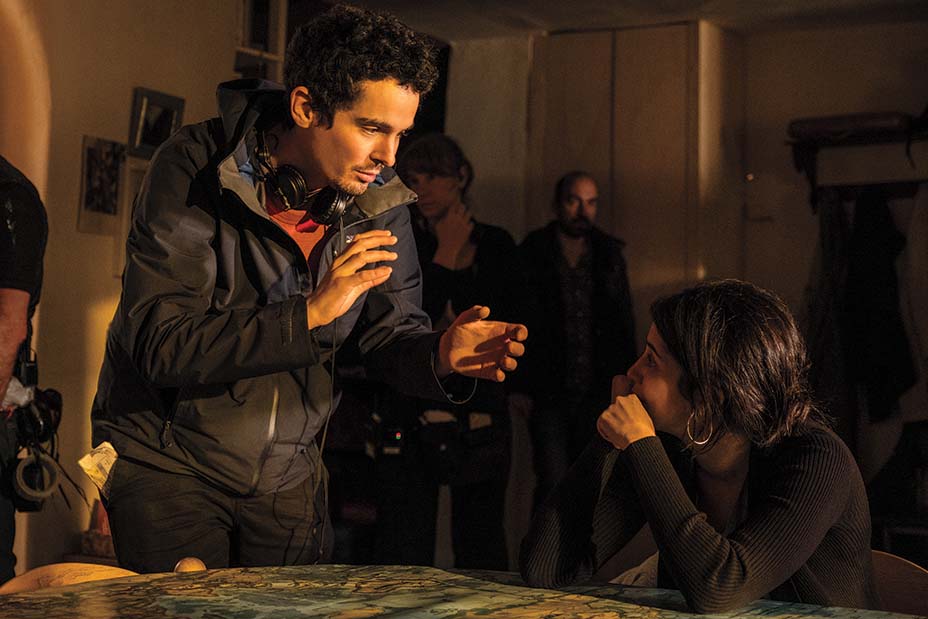 But the interior of The Eddy is expansive, with a full bar, balcony and offices overlooking the stage. The theater doubles as a recording studio: The set pieces and score are performed live. It’s a complex acoustic challenge, with the band counting in and out on cues timed for the actors to deliver their lines, plus the club is packed with extras jamming to the music. “It’s like producing an entire jazz show, recording an album and filming it at the same time,” says Poul.

Even on the last day of shooting, the ending of the limited series’ finale was still uncertain as the team scrambled to choose a song, with Holland playing piano and Stenberg slated to sing original lyrics to a classic tune. But none of this was entirely unexpected; the show is, after all, about capturing the chaos that is live jazz. “Things evolve in a kind of spontaneous and unpredictable manner, and often that’s what yields the most emotionally effective scene, the fact that you sense something just happened and came together onscreen. This idea that we’re going to have to wing it with a song that we haven’t cleared yet, it feels like it’s very much of the essence of the show,” says Poul. “I go into a scene feeling like I’m flying blind, but I know we will find it. It’s the whole idea; it’s meant to feel that you are there, and if mistakes happen, they happen, and you are capturing something that is really alive.” 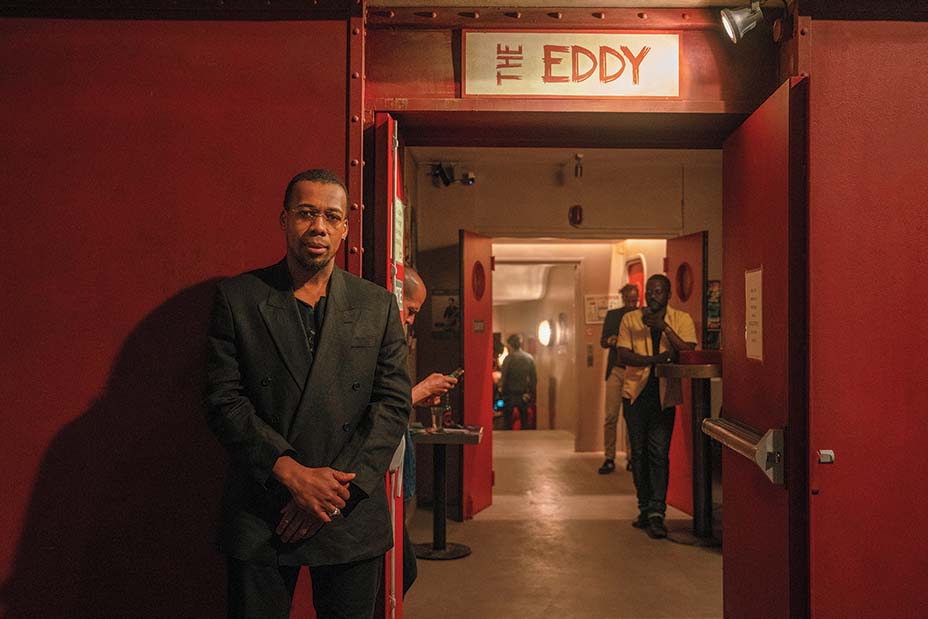 Chazelle explains: “Music is used as a nexus to kind of get a whole potpourri of characters, and by that token to look at the city as an organism, as a living, breathing thing.” While Holland’s Elliot is the epicenter of the show, each episode examines a different character. One episode follows Croatian drummer Lada Obradovic, and another focuses on legendary Hollywood composer Randy Kerber’s character’s storyline. Both were in their first acting roles. 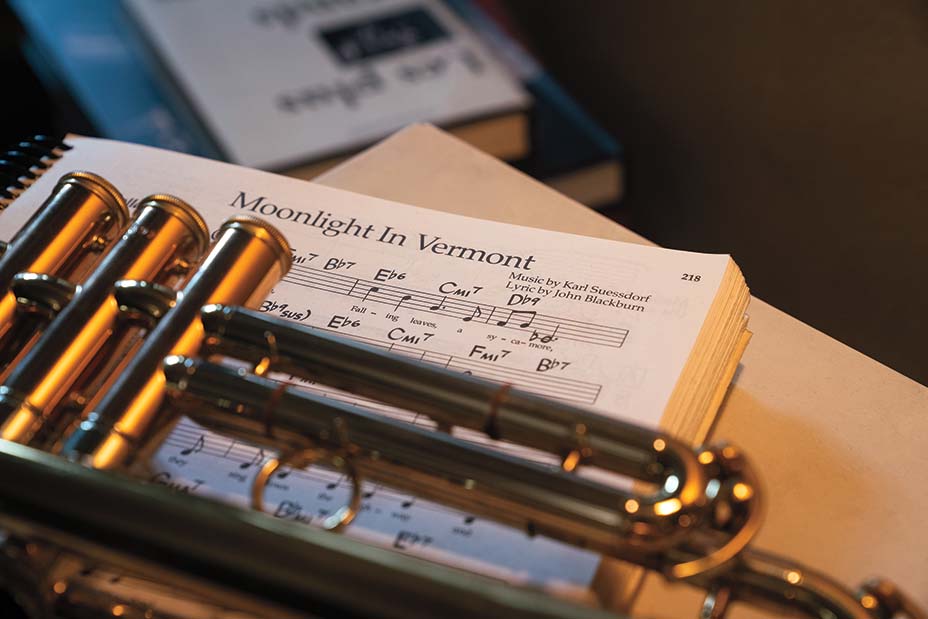 The Eddy eschews the typical showrunner role, with eight executive producers on board, including Ballard, Chazelle, Holland and Poul. The eight-part series, which debuted May 8 on Netflix, was shot in pairs helmed by four directors, with Chazelle and Poul bookending and French Moroccan directors Houda Benyamina and Laïla Marrakchi overseeing the center stories.

The inclusion of female directors made the demanding shooting schedule easier to navigate for Kulig, who arrived with her new baby in tow. (She auditioned on his due date, just a few days before the Oscars.) “I felt like they were there to protect me in this period of time; there was a connection. It was, ‘No problem, you can breastfeed, we’ll wait,’ ” she says. “You can feel the women’s energy. They have kids and are very powerful, and it helped me a lot to observe them. It made me feel more calm.”

It was this open spirit that landed Stenberg, who moved to Paris for the shoot, on stage for the finale. The accomplished violinist was invited to jam with the band, and once they heard her sing, this was written into the show. “I certainly didn’t know I was singing when I signed on,” she says of the decision that was made as the latter episodes came together. “It’s been amazing to come to work and connect through music. This way of working feels different from the way I’m used to in America. Working [there] feels more capitalistic and money-driven. This has been freer because the intention is to reflect the subject, jazz, so the show is one big improv. It’s been really loose and colorful. It’s an unstoppable force of celebration.” 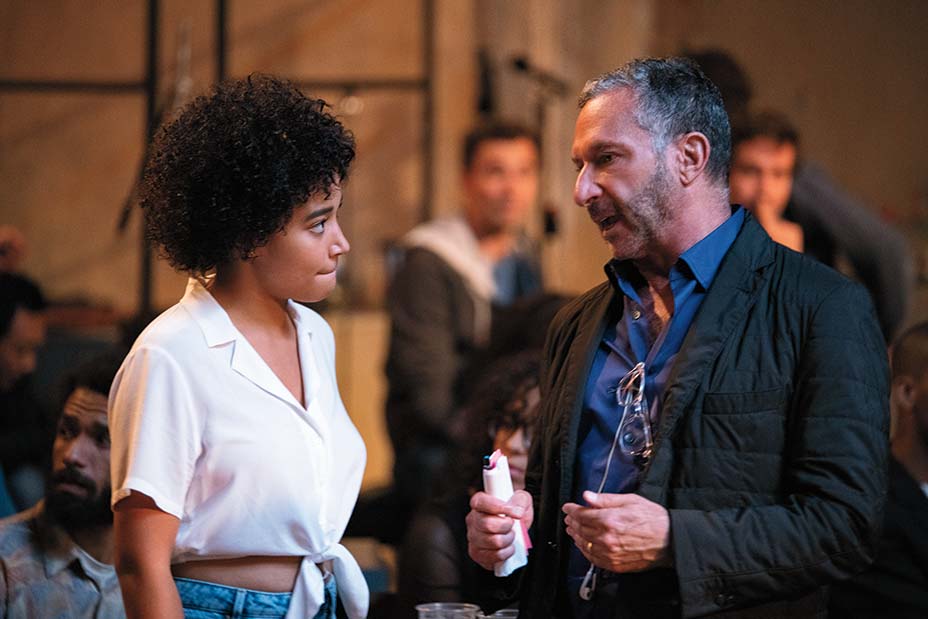 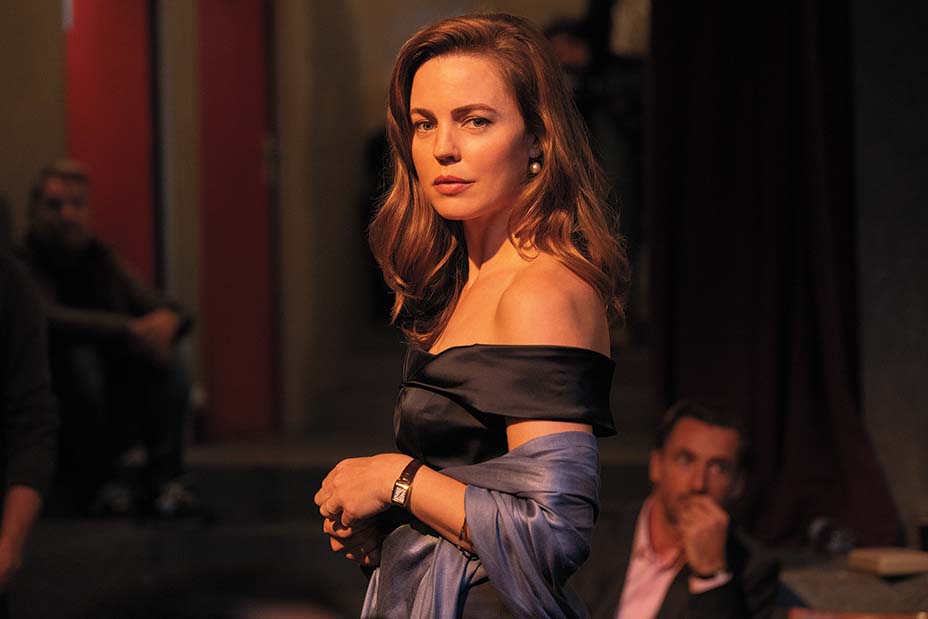 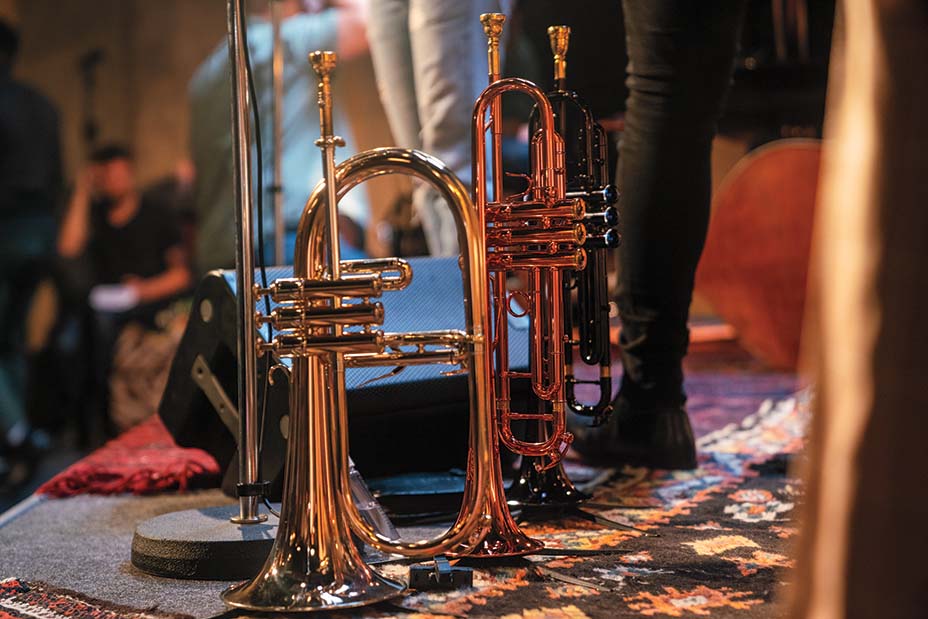 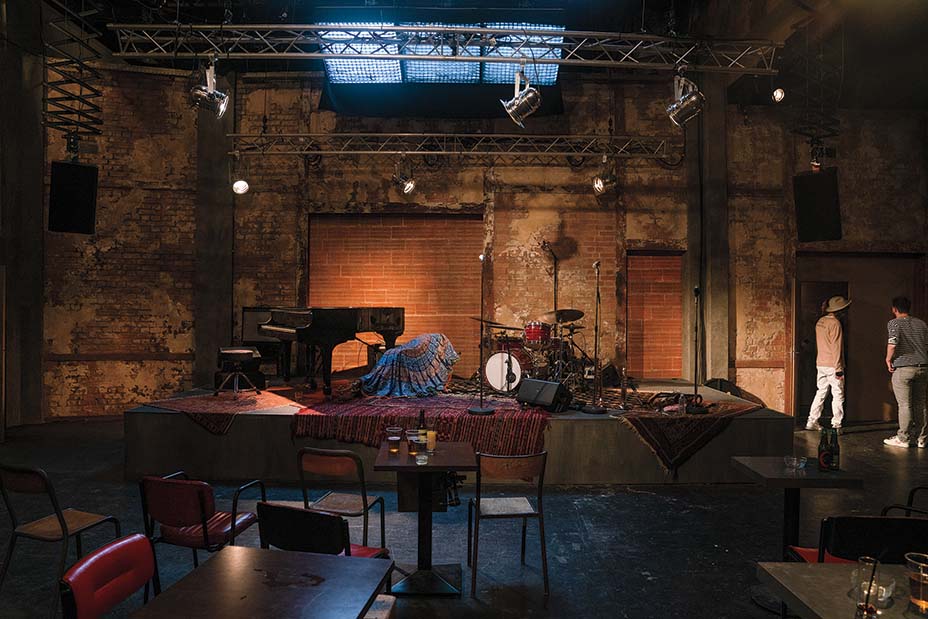 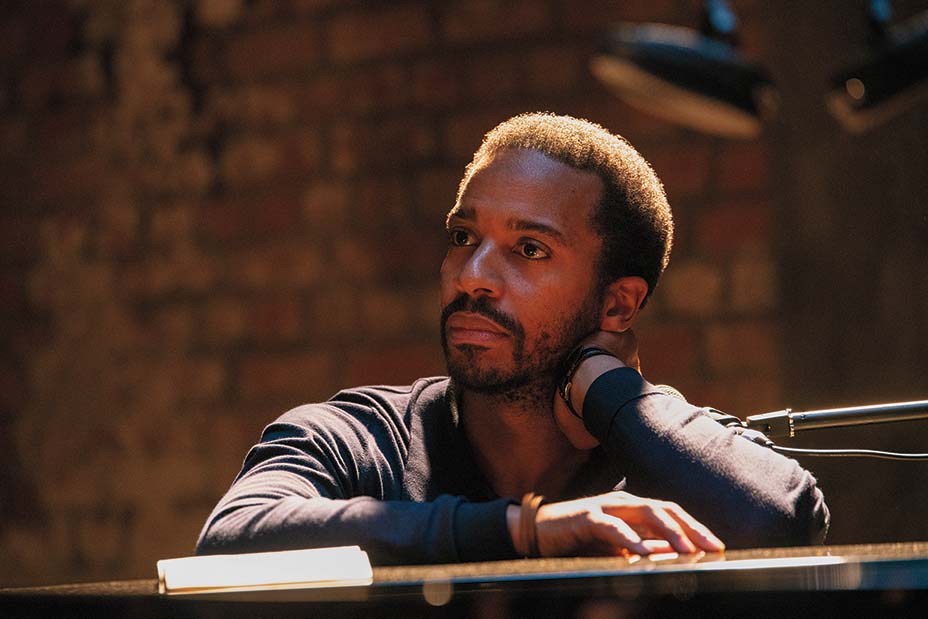