While it’s a blustery February day outside the Toronto-based production studios of Hulu/MGM’s The Handmaid’s Tale, inside, the dimly lit soundstage is hazy with the show’s signature dark and muted patina. It’s a fitting backdrop for this series based on Margaret Atwood’s best-selling novel about the Republic of Gilead, where fertile women are subjected to sexual servitude and a cabal of Christian fundamentalists, who call themselves the Sons of Jacob, has all the power and control.

With the series just days away from completing production on its inaugural season (Hulu snapped up a second season a week after the three-part debut), one of the eeriest sets of all — Commander Fred Waterford’s office — is buzzing. Serena Joy (Yvonne Strahovski) sends Scrabble pieces flying as she confronts her husband (Joseph Fiennes) for his illicit activities with their handmaid Offred (Elisabeth Moss), hurling the tiles as hard as the insults. It’s their final scene together, and over in Serena’s sitting room set, the actors’ chairs sit side by side — Strahovski’s is draped with a knitted scarf, a ukulele (her guitar already had been shipped back home to Australia) and a giant bag of pretzels (a parting gift from craft services). The items seem completely out of place considering the somber nature of the series and its return to Puritanical ways. 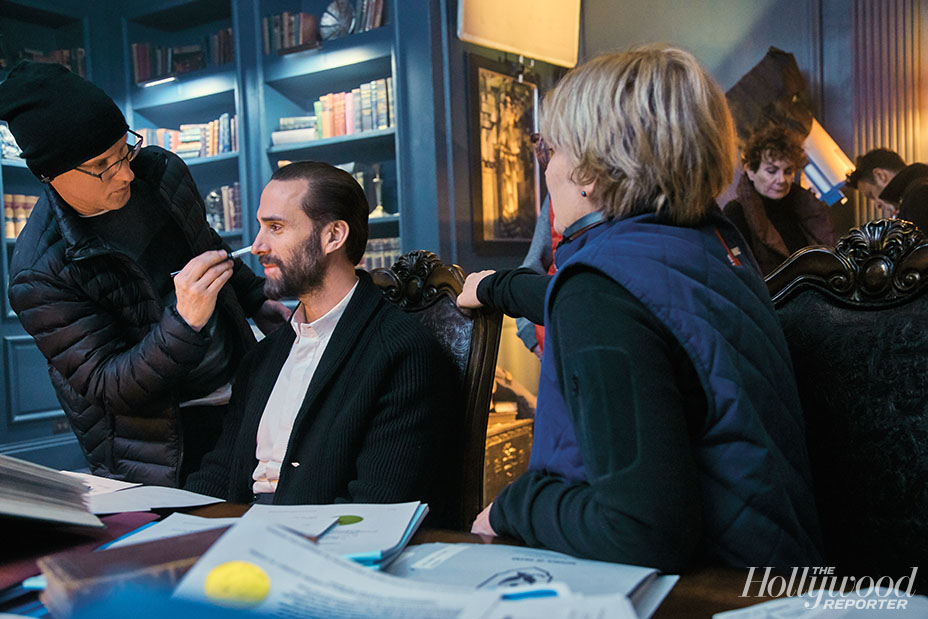 In fact, you’ll find little of the show’s austere vibe behind the scenes. “We decompress on set all the time,” says showrunner Bruce Miller. “The set is fun and lively and silly and full of life and laughter and all of these things that the show and the world of Gilead really try to grind out of the characters. The set, in a lot of ways, is the opposite of the material, because the material is so intense. Every day somebody has ordered a coffee cart or a crepe cart or a taco cart. In a lot of ways, it’s a goofy and collegial bunch, which is exactly what you want on set with your cast and crew.”

Later that afternoon, series star Moss emerges from makeup — complete with a forehead scar — to block her own scene with Fiennes and the episode’s director, Kari Skogland. It’s the last scene of the season to take place on the musty office set, which production designer Julie Berghoff describes as a place where “books go to die.” The macabre mood dissipates, however, as soon as Skogland calls cut.

“There is a crew of people here working really hard. It’s important to me to keep things light and fun for them,” says Moss, whom everyone on set refers to as “Lizzie.” She adds: “I won Class Clown on Mad Men — I split the title with Vincent Kartheiser — because I’m always joking around and having fun with the crew and trying to make them laugh. There are, of course, times of concentration and times when you are more focused, but I don’t think you have to be ‘serious’ to do good work. What we do is so fun and creative, and it should feel that way on set.”

Who cares if the rulers of Gilead would disagree. 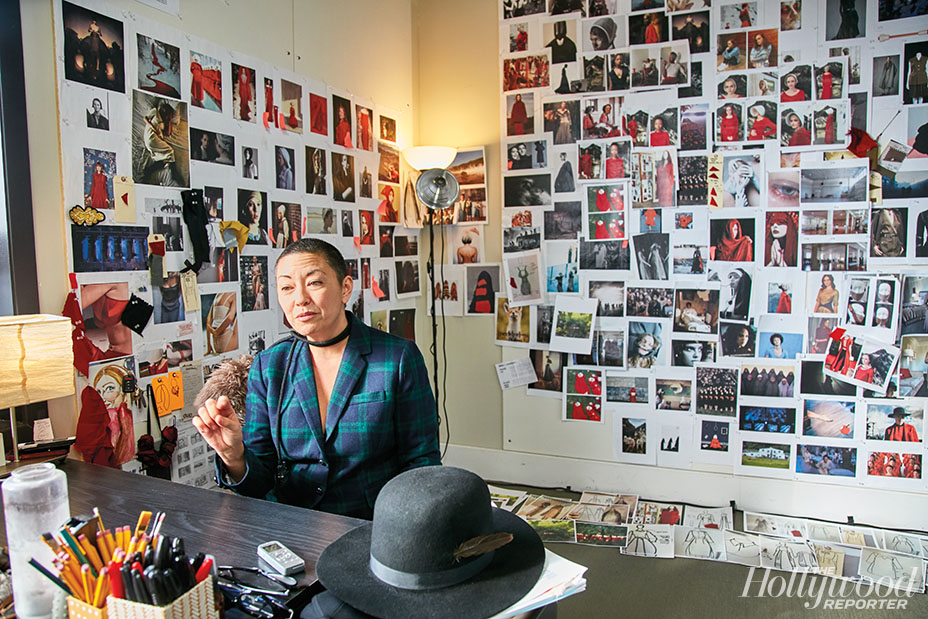 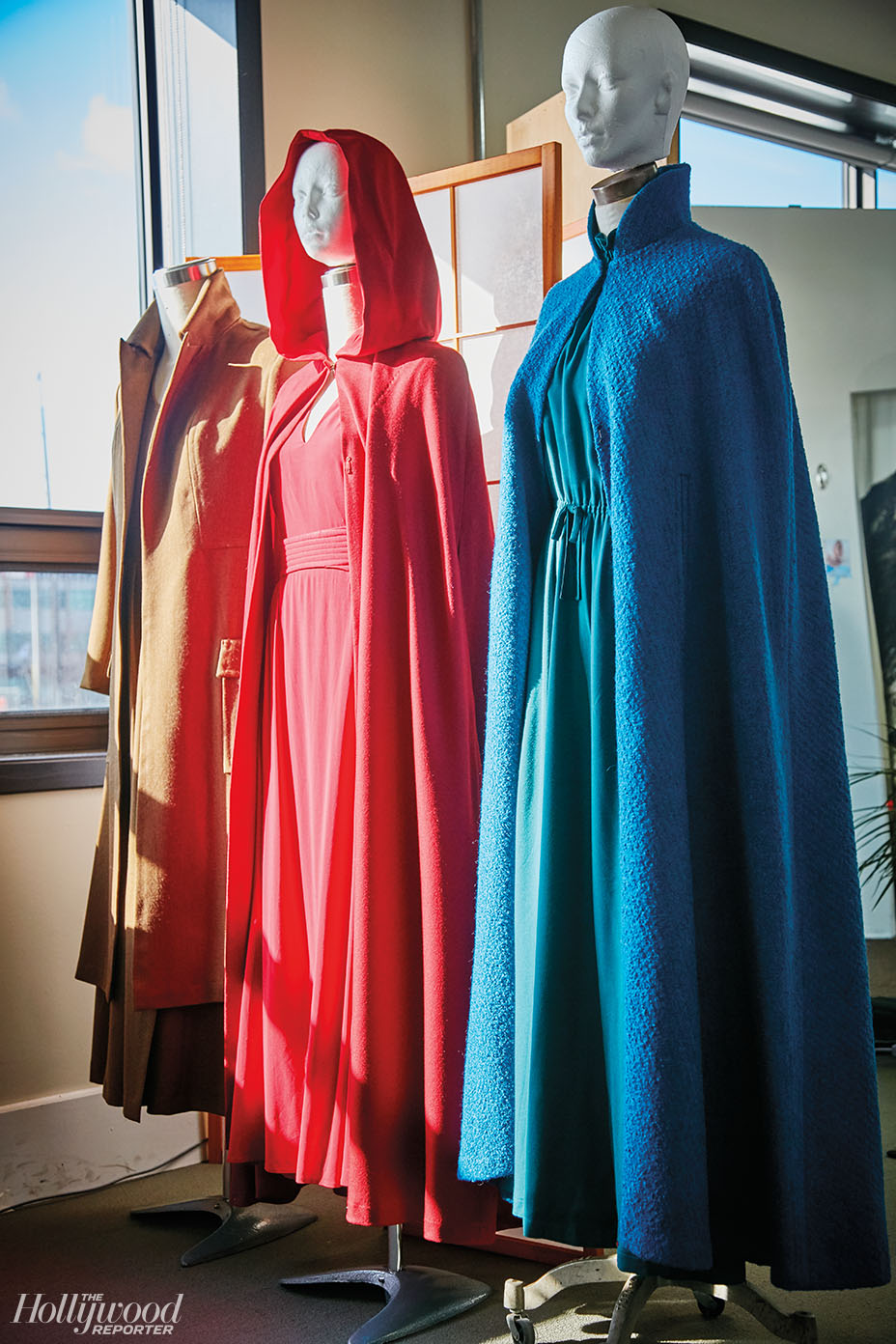 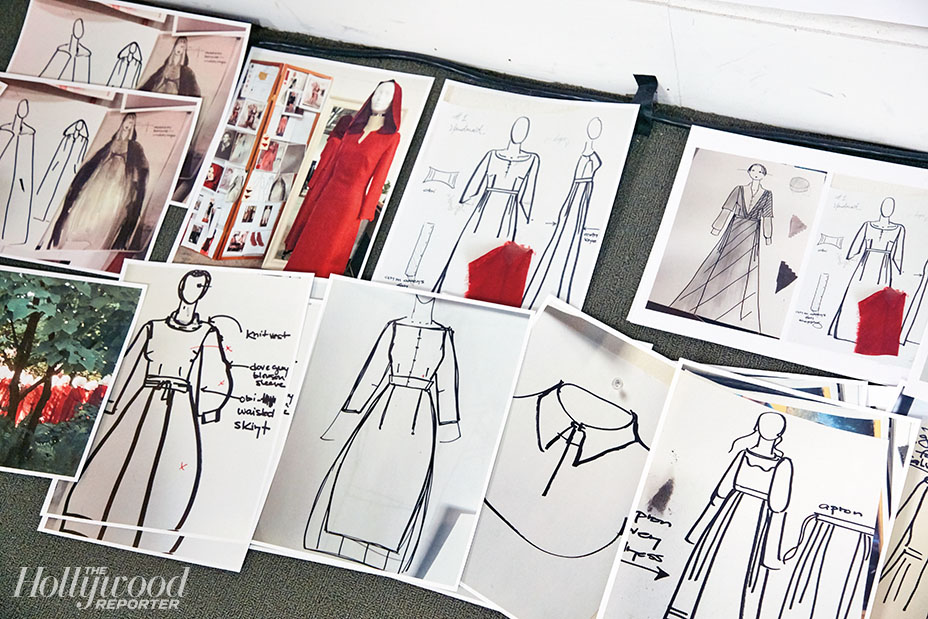 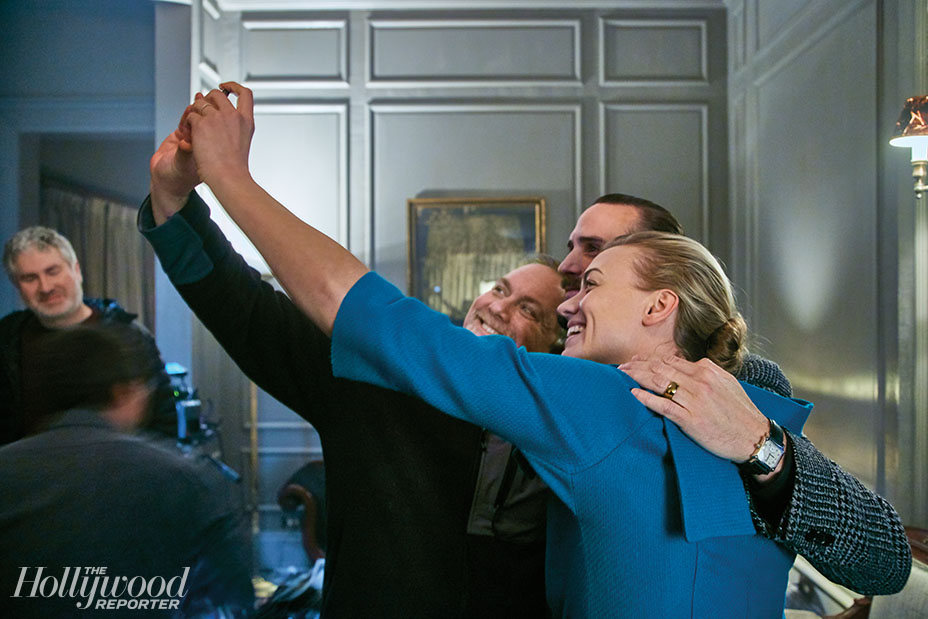 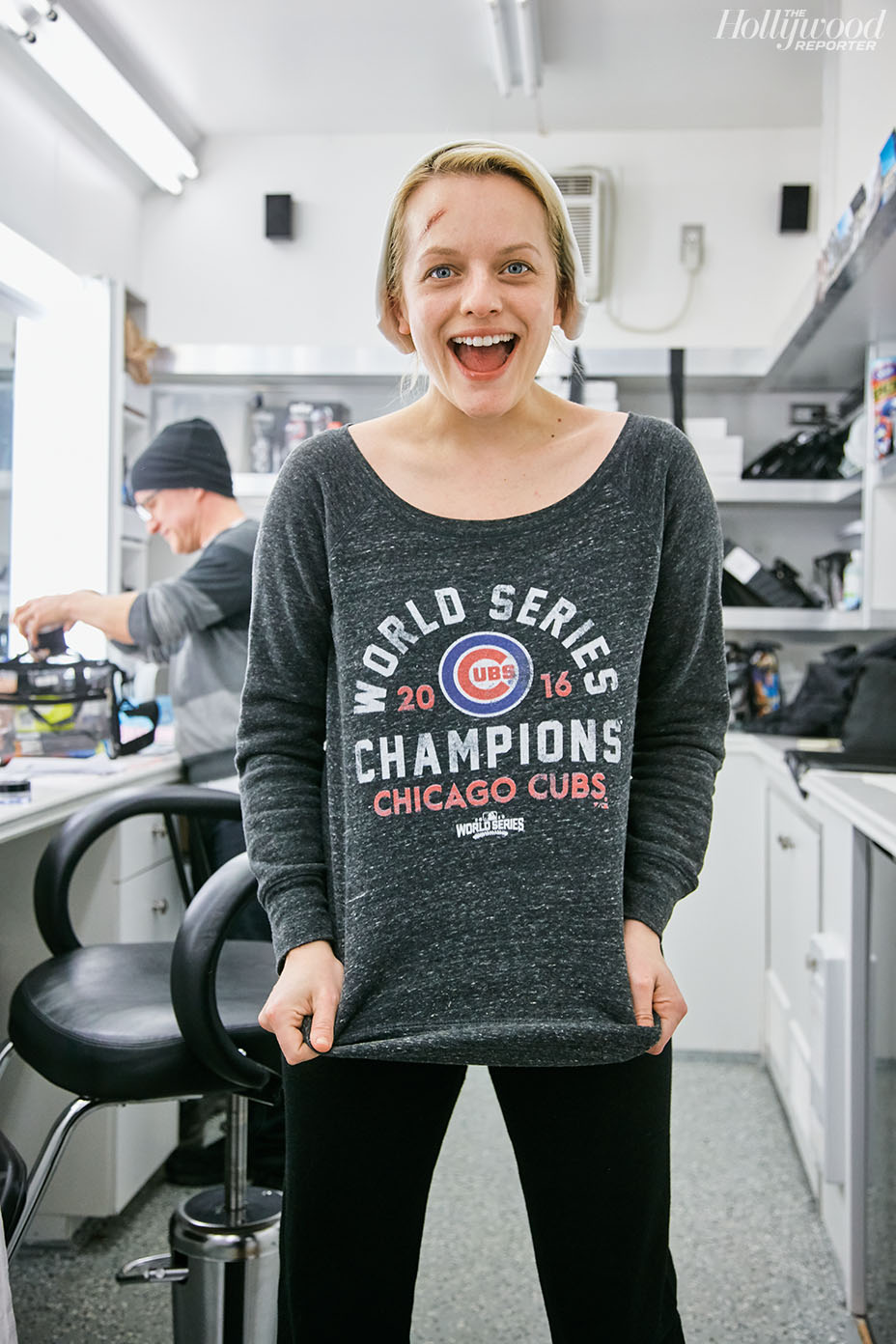 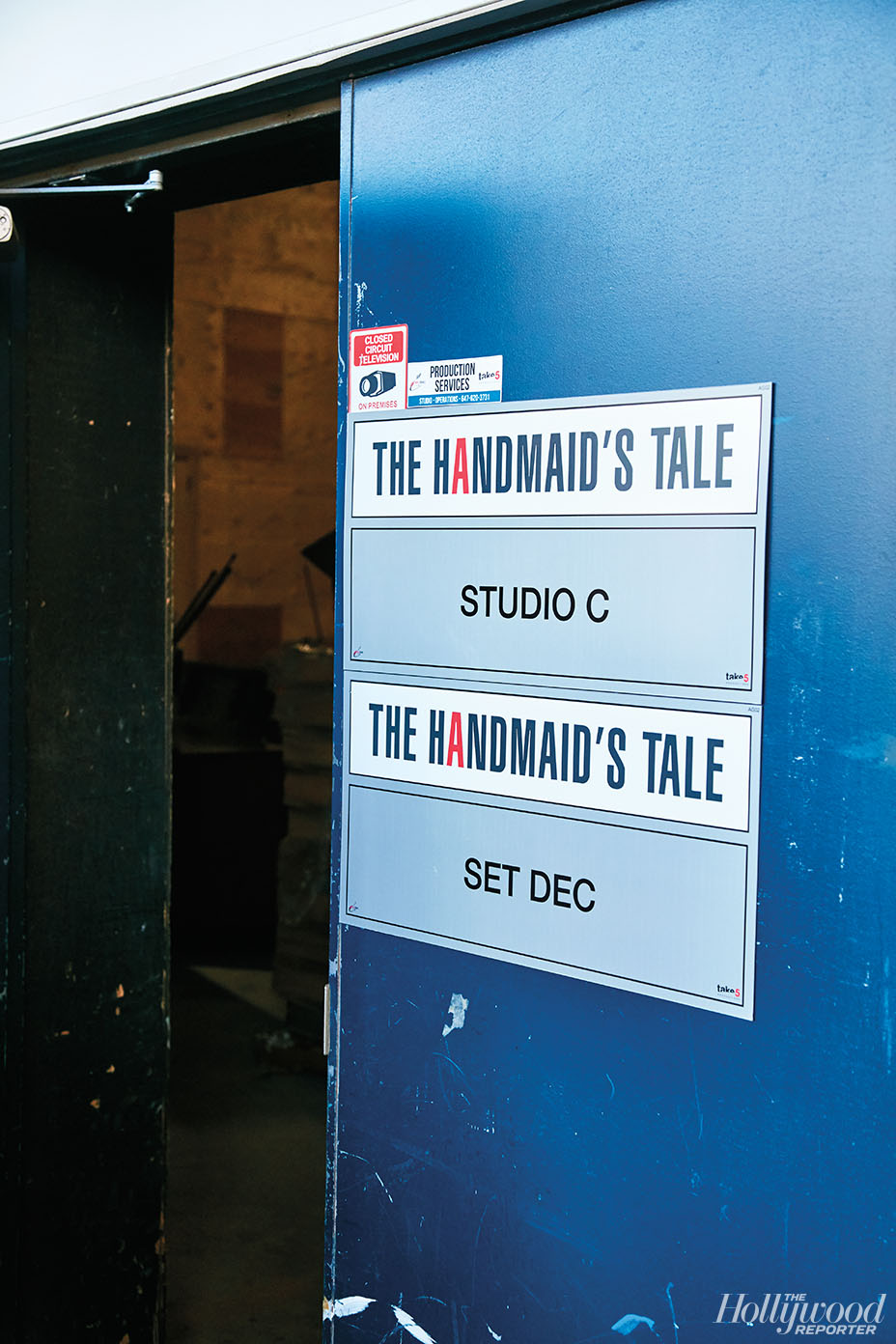 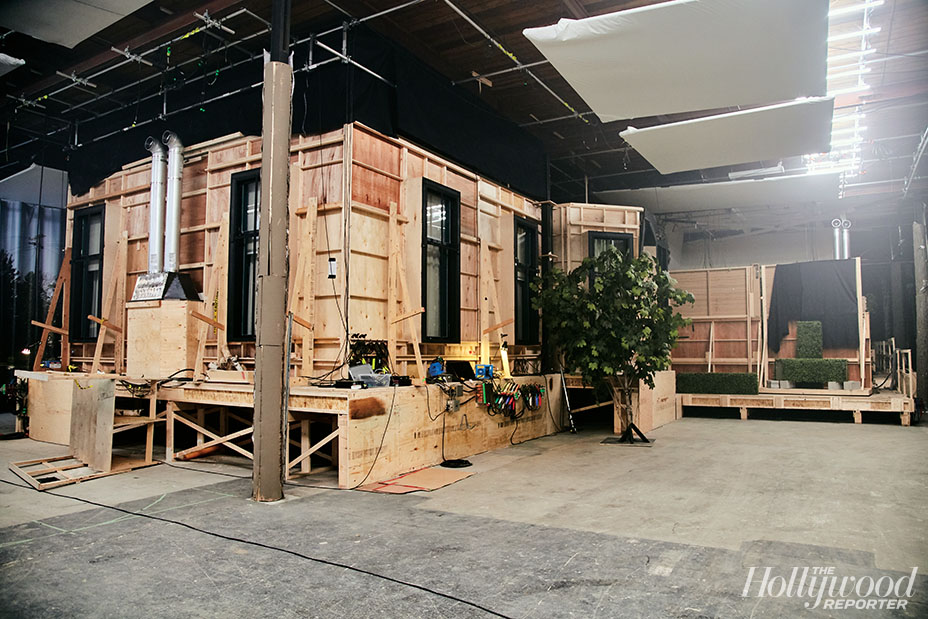 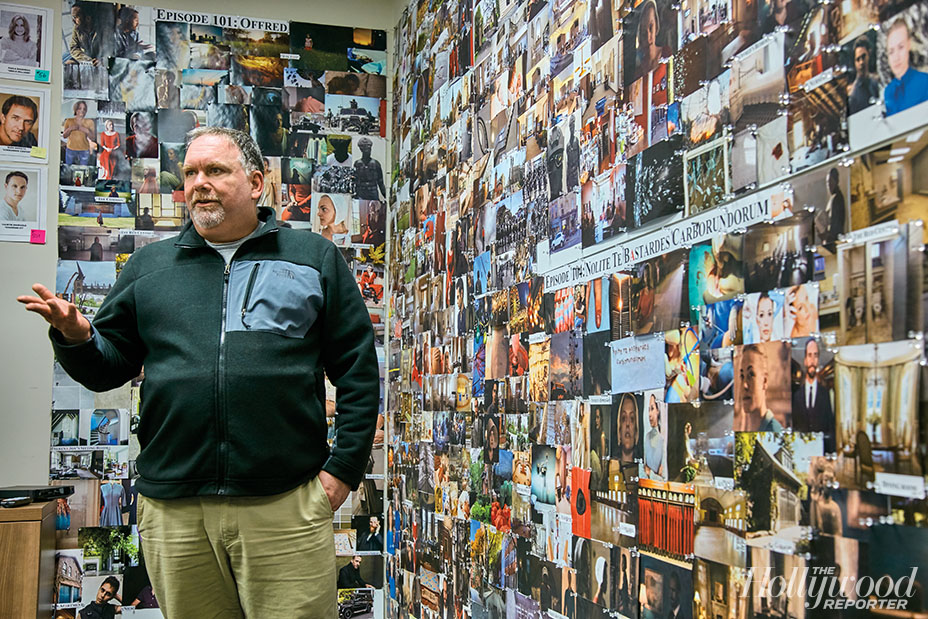 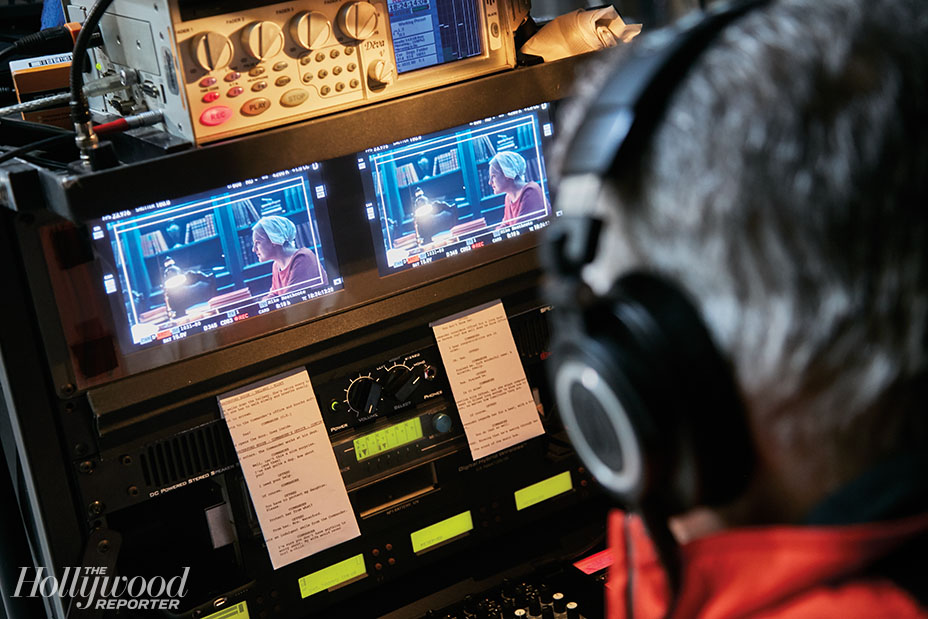 When creating a world obsessed with fertility and procreation, one needs children — and babies specifically — on the set. From a production and writing standpoint, that means casting an array of tots of all ages and races, all while being mindful of labor laws and screen time.

“Oftentimes we’re using twins because babies sleep and eat and sometimes they’re not ready for the camera close-up when we need them,” notes showrunner Bruce Miller. “But as the season went along, we used a lot of babies. The actors love it, even when the babies are crying and fussy, because it’s a lot easier with real babies; they’re not dealing with a doll or an imagined bundle of fabric. They get a real child that grabs at them. We’re not trying to make them do certain things. They’re allowed to be the babies that they are and cry and throw up or do whatever they need to do. It’s part of Gilead; the children are real and natural.” 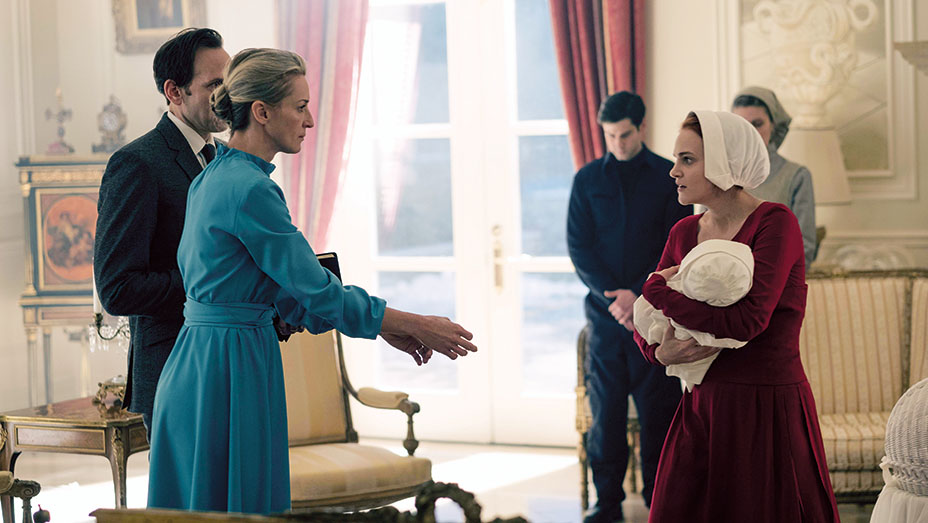