“By Grabthar’s hammer, you shall be avenged!”

The late Alan Rickman’s famous Galaxy Quest war cry was likely on the minds of the fans who laid their eyes upon the trailer for Fox’s new star-spanning sitcom The Orville. The upcoming series, created by and starring Family Guy architect Seth MacFarlane, focuses on a crew of space travelers aboard a ship called — you guessed it — The U.S.S. Orville, with Ed Mercer (MacFarlane) serving as an unlikely and untalented starship captain.

This week, Fox released the first official trailer for The Orville, a show that clearly wears its Star Trek influences on its sleeves — quite literally, in the case of the show’s fashion. But beyond sending up the iconic Gene Roddenberry franchise, one can’t help but think about director Dean Parisot’s 1999 classic comedy Galaxy Quest while watching the new Orville trailer, given some eerie similarities on both a visual and content level.

Watch All the Trailers for Fox's New Shows

For instance, take the U.S.S. Orville itself… 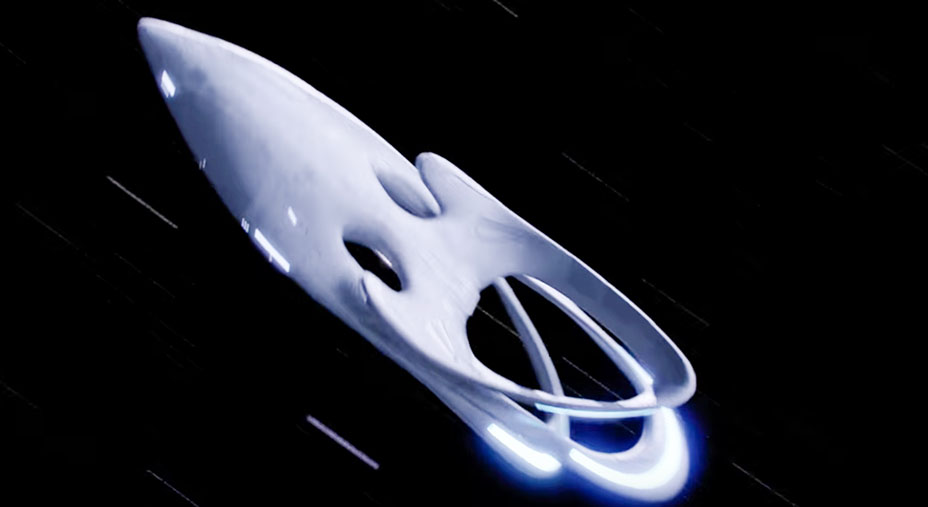 …and contrast it against the film’s N.S.E.A. Protector:

Or look at the Orville crew’s shoulder-pad-forward uniforms… 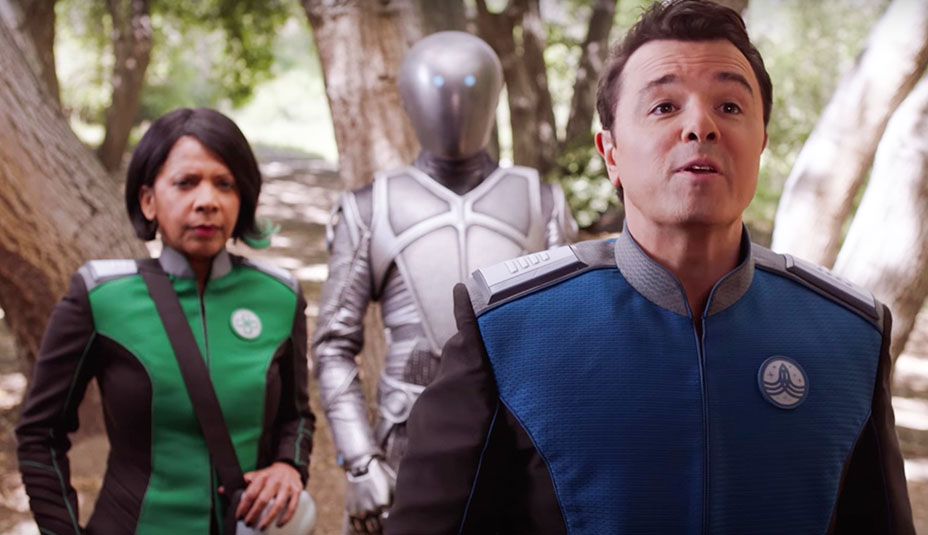 …and then spy on the Galaxy Quest gang’s shoulder game, which is only somewhat more subdued: 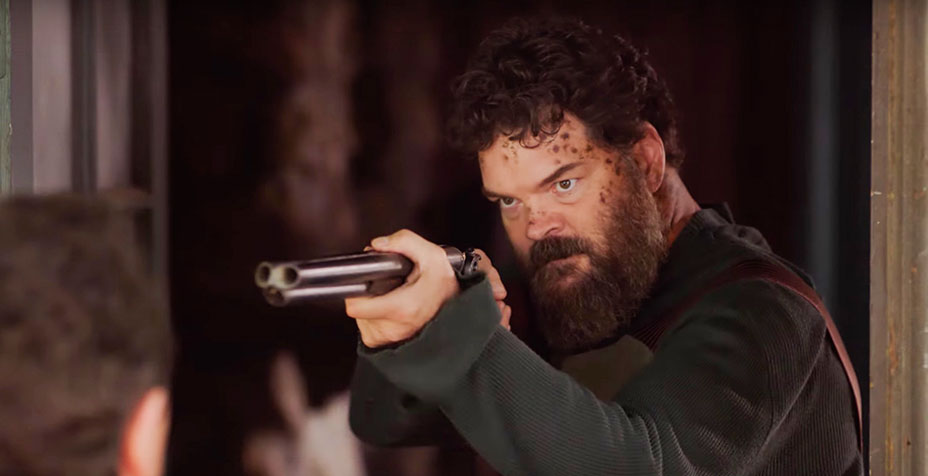 …which is something Tim Allen’s Jason Nesmith (aka the erstwhile Commander Peter Quincy Taggart) knows a thing or two about:

Toward the end of the Orville trailer, Mercer engages in a negotiation with a heavily armored alien…

…which is the exact situation Nesmith faced in his first true non-television space mission:

The Orville trailer boasts a few other story similarities with Galaxy Quest, too. At one point in the trailer, we learn about a device that can “manipulate the speed of events,” not a far leap away from the Omega 13 device in Galaxy Quest that allowed Nesmith to slide back in time. In fairness, Galaxy Quest didn’t test the Omega 13’s powers on any bananas.

Easily the biggest similarity between the two comedies is the relationship at the heart of each tale: Mercer and Kelly Grayson (Adrianne Palicki), representing the television series, and Nesmith and Gwen DeMarco, (Sigourney Weaver) representing the iconic film. The trailer for The Orville frames Mercer and Grayson as a formerly married couple forced to work together despite obvious friction. Nesmith and DeMarco had a similar dynamic as broken-up co-workers, estranged from their time as castmembers on the fictional Galaxy Quest television show, before rekindling their spark by the end of the film.

It’s a testament to the enduring power of Galaxy Quest as a Star Trek send-up that virtually any other similar project will immediately call comparisons to the 1999 comedy. Such is certainly the case with The Orville. Perhaps it’s even more front-of-mind because an official Galaxy Quest television sequel series has been talked about for some time, with Amazon linked to the project at one point.

Movement on the show has seemingly stalled in the wake of Rickman’s death. Last year, co-star Sam Rockwell (who enjoyed a breakout role as the glorified red-shirt Guy Fleegman) offered a status update on the Galaxy Quest TV adaptation: “We were ready to sign up, and [then] Alan Rickman passed away and Tim Allen wasn’t available — he has [Last Man Standing] — and everybody’s schedule was all weird. It was going to shoot, like, right now. And how do you fill that void of Alan Rickman? That’s a hard void to fill.”

There’s no easy answer for how best to address the absence of Rickman’s Alexander Dane, but at least in the case of Allen, the occasional Buzz Lightyear is no longer busy with Last Man Standing, which was canceled by ABC earlier this month. With Allen free and with the imminent arrival of The Orville, perhaps the folks responsible for Galaxy Quest will feel more galvanized than ever to grab Grabthar’s hammer and get busy avenging.

If you haven’t seen it yet, watch The Orville trailer:

And since we’re in the realm, here’s one more look at the new Star Trek: Discovery trailer: