[This story contains spoilers from the series finale of Showtime’s Shameless.]

There had to be consequences.

After 11 seasons and 134 episodes, Showtime’s Shameless wrapped its run Sunday with a series finale that was directly impacted by the global coronavirus pandemic in two key ways.

Ultimately, Frank’s (William H. Macy) past catches up with him as a combination of COVID-19 and the effects of alcoholic dementia prove to be more than he can handle and the character dies alone in a hospital.

Meanwhile, the Gallaghers — save for Emmy Rossum’s Fiona — reunite at the Alibi, unaware of their father’s passing, to celebrate Ian and Mickey’s wedding anniversary. The series ends without answering if Lip (Jeremy Allen White) sold the family home or if bar owners Kevin (Steve Howey) and Veronica (Shanola Hampton) sold it and moved to Louisville.

As showrunner John Wells tells The Hollywood Reporter, the plan was always to have Frank face consequences of his addictions and horrible parenting — an agreement he made with his Emmy-nominated star Macy. While Wells had to rewrite the entire first half of the final season after production was stalled because of the pandemic, the prolific writer-producer (ER, The West Wing) added in Frank’s COVID-19 demise in a bid to accurately reflect the struggles of an economically challenged community like the South Side of Chicago.

The pandemic also prevented Rossum’s return to reprise her role as former leading lady Fiona Gallagher when travel bans amid a COVID surge eliminated that possibility. Original star Rossum departed Shameless in season nine, with barely a mention of her character since.

That Shameless would end without providing resolution for what happens to the Gallagher children comes as little surprise, as Wells has said for years that he was drawn to a sense of life going on for the characters. Below, Wells talks with THR about Frank’s fate, why he loves open-ended finales, what would have happened with Fiona and, yes, the mandatory spinoff question.

What went into the decision to kill off Frank — with COVID — after he was diagnosed with alcoholic dementia?

We planned on alcoholic dementia when we were only a few days from shooting when everything shut down in March [2020]. Bill [Macy] and I had always made deal that there would have to be consequences for all of Frank’s abuse to his body, between the drugs and alcohol. We arrived at alcoholic dementia and had written more than half the season when we shut down. With all the comorbidity that Frank had, Bill and I both talked about it and said, “It would be unrealistic to not have anybody in this community actually suffer severe consequences of the pandemic.” And Frank seemed like the logical choice. It could have been one of many things; it was the last thing that pushed him over the cliff, but he was barely hanging on. It’s not like we took out the healthiest individual you’ve ever seen. It seemed unrealistic to do something about the South Side of Chicago and people living barely above the poverty line and not have anybody succumb to this horrible pandemic.

And he certainly had a number of preexisting conditions …

Not only does Frank die, but he does so alone and the series ends without his family knowing about it.

I lost a close family member who had been ill in December of COVID, despite following the COVID protocols. That’s an experience many people have had with relatives who have died of COVID. You really don’t get to connect. You find out later about them. It seemed appropriate for Frank. I really didn’t want to play the more sentimental version of them having to react to his death. I like keeping it with the audience’s imagination of who would react and how when they finally discover that he’s gone.

So sorry for your loss. My family can relate to that experience of not being able to say goodbye and not being there when it happened.

Millions of people have been going through this experience this past year. 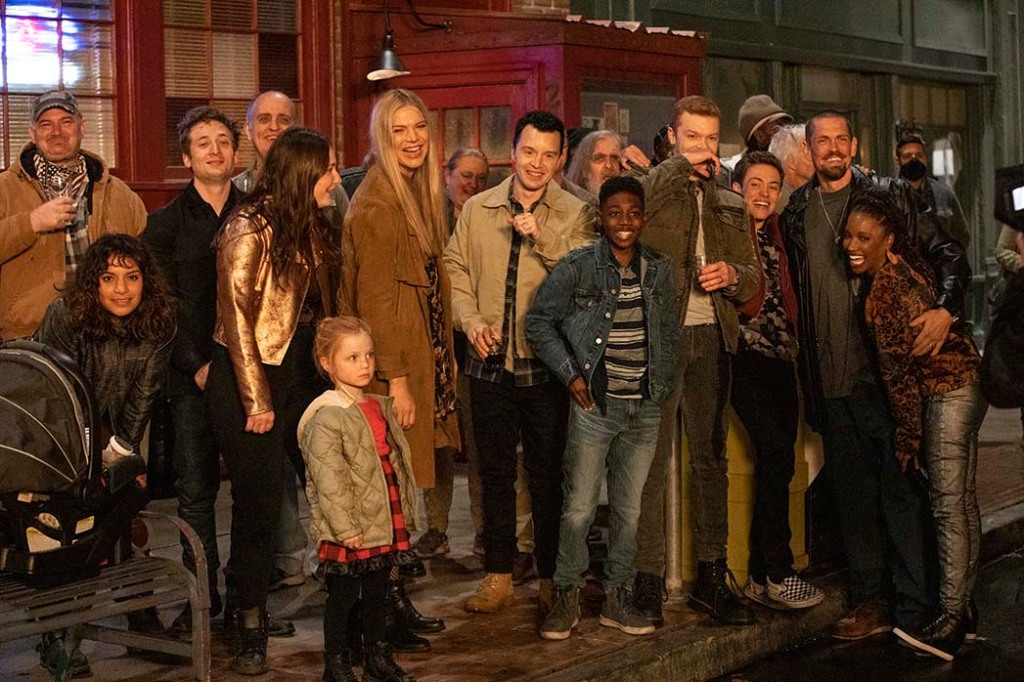 Not that there’s ever a good transition after that, but focusing on the episode … Frank rises above the South Side on his bar stool, beer in hand, looking back on his life. What do you hope viewers take away from those scenes?

On his deathbed, Frank sees visions of his family from early in the show’s run. Was he proud of his parenting in those moments? Or was that a way to get Emmy Rossum back onscreen, even for a second?

(Laughing.) As the light fades for us, I think and hope we will remember the things that bring us joy, and a lot of that would be parents remembering their children. You love them as adults but, man, you can never really fully replace that love you feel for your kids when they’re little. And even Frank feels that.

The finale doesn’t offer any resolution about whether Lip sold the house, what happened with Debs (Emma Kenney) and Carl (Ethan Cutkosky) and Liam (Christian Isaiah) — or if Kev and Vee sell the Alibi and move to Louisville. Why wrap the show without answering any of those questions?

I’ve been pretty fortunate to do a number of longer-running series and, as a fan, I always appreciate things not being wrapped up. We’re so invested as writers and audience members in their lives that you want to fill in some blanks and not run the American Graffiti end crawl. It’s fun in American Graffiti where you tell everyone what happens. I want to think what I want to think about the characters, where they end up and what happens with them and have the audience have those conversations with others over drinks. I think that’s more fun, personally. Shameless is obviously outrageously exaggerated, but we tried to ground it in a real world in which you felt like if you turned the right corner of Chicago, you could run across some Gallaghers and their whole world. It’s the same reason that at the end of ER we walked away from the hospital in the middle of a shift, and at the end of The West Wing Santos (Jimmy Smits) had just gone into the White House and Bartlet (Martin Sheen) was headed home. We didn’t try and solve anything. Their lives continue. Many wonderful novels end and you’re still thinking about the characters and what they do. And that makes me feel good as a viewer and a reader. 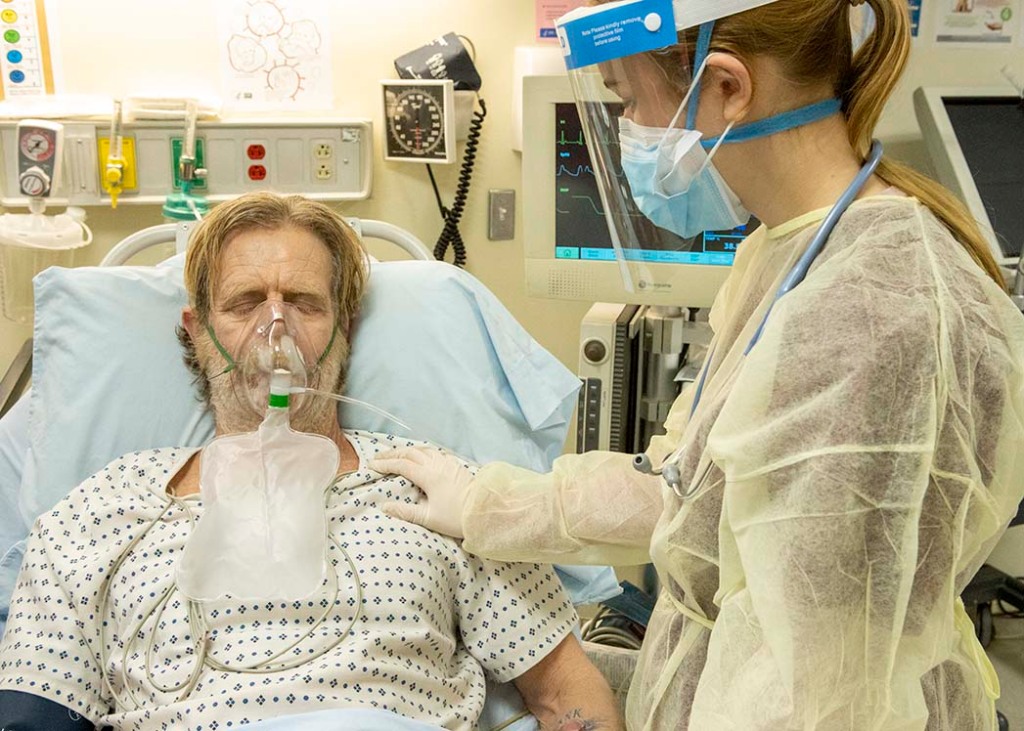 In your mind, do you know how it ends for these characters?

I think I have an idea about what would happen over the next few months, but I have no idea what would wholly happen. We would have loved to continue making the show because I love making the show — and you’ve heard me say that a bunch of times. In my mind, Lip gets a motorcycle shop and settles in and loses the neighborhood and becomes the new patriarch for that crazy family. And Ian (Cameron Monaghan) and Mickey (Noel Fisher) have a kid. But you can fill in the blanks however you want to fill in the blanks as a viewer. Whatever you think is right!

I would have been interested in seeing the plight of this family without Frank and all that he brings hovering over their heads.

Knowing you didn’t want to end Shameless, do you have any desire to do a spinoff? Everything is getting a revival these days.

There is nothing planned. But never say never. It’s a crazy world out there with people reviving shows and characters. But we get to tell a lot of great stories with these people and wonderful actors, writers and directors. If we never tell another story with them, I think we did a lot that I’m proud of and that we’re all proud of. You never know. But we’re surely not planning anything.

Seeing Kevin and Vee in Louisville was a great window into a whole other world, too.

Yeah. They’re just hilarious. I was also interested in Arthur (guest star Josh Malina) and Carl running the Alibi, it could have been funny as a cop bar story. But I don’t know.

The series ends with a scene of everyone getting together to celebrate Ian and Mickey’s wedding anniversary. Was the goal to show that no matter what happens with the house, they’ll always come together?

Yes, absolutely. Beyond everything else in the show that people love, what I was always most attracted to was no matter how difficult things were, this was a group of people who loved each other and came together even when they were angry with each other. There’s a great deal of wish fulfillment, even if it’s the Gallaghers and the way they handle it and their economic difficulties. We all want a place to go home to where we know everybody has our back. That was very intentional to show them all together at the end. 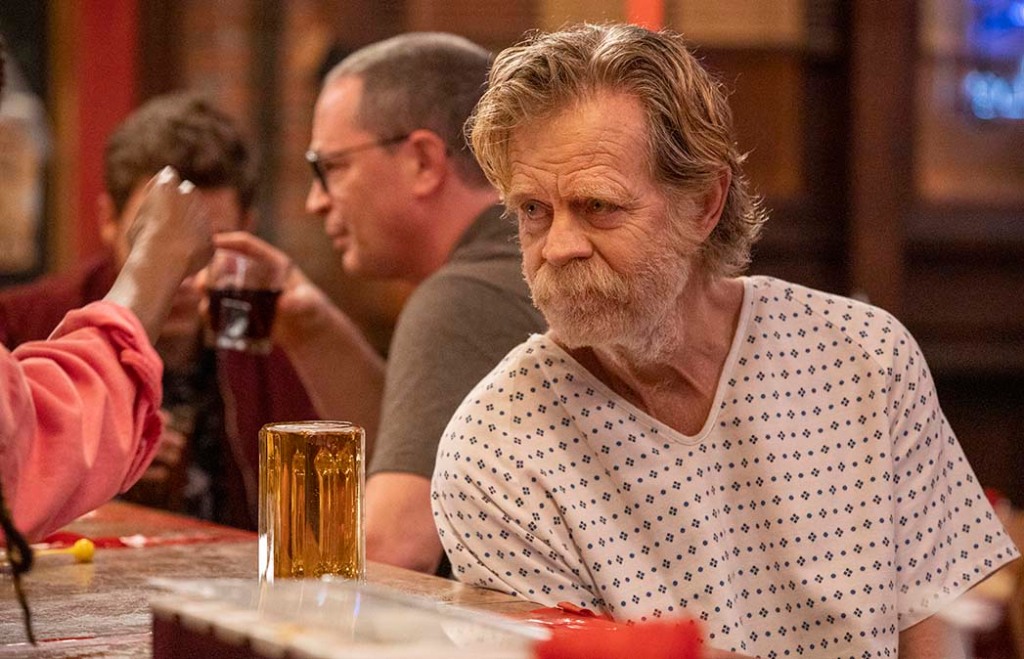 You rewrote the first half of the season after COVID hit. Knowing you were always going to give Frank alcoholic dementia, but ultimately COVID-19 knocked him out, was there anything about the end of the series that had to change because of the pandemic?

It was pretty much the same with the exception: We were trying to get Emmy — and Emmy wanted to come back. We caught it at the wrong moment. We wanted her to return and had some storylines about her coming back and she wanted to do it. Based on what was going on with the pandemic, when we were planning it — there have been so many surges, I can’t remember which one it was — but the quarantines went back into effect between New York [where Rossum resides] and Los Angeles [where Shameless films] and it was impossible to figure out how to get her back. That was biggest disappointment: not being able to make that work out, because we all wanted it to happen. A very minor but sad result of everything that’s happened in the pandemic.

What would Fiona’s storyline have been?

We had about 20 of them! We never fleshed it all out. The idea was with Frank’s dementia being discovered, there’s a call and she comes back to help everyone figure it out and that she would come back and be involved at the end with what to do with the house and all that. The travel was such a mess that we never got to the point of my actually writing it. We put it up on the writers room board and then took it down a few times.

Would any of Fiona’s storylines have filled in what the character is doing now? I mean, what is she doing now?

They all would have! I think she’s down in Florida. We joked in the room that she ended up getting a job at Disney World, probably in Epcot Center, because she would never get a job on the better side. We had a lot of jokes for her but we never actually nailed it down. But she would have a life and be pursuing her own things. That’s how people move on with their lives.

Does she wind up with anyone romantically? In my mind, she winds up back with Jimmy-Steve (Justin Chatwin).

(Laughing.) You and many other people! But no, we never worked it out.