Skip to main content
October 21, 2016 8:30am
Logo text
Emmy Rossum went full speed ahead as a first-time director.
On the Chicago set of Shameless on a hot August day, Rossum sprinted between the monitors and the cast to give them directions between takes. This included sticking her head into an open window to make sure co-star Cameron Monaghan heard her notes — “more cowboy; heel to toe,” she suggested for the walk-and-talk — and making sure to “run it tighter” for William H. Macy’s homeless speech.
The pep in her step was because she was full of excitement and adrenaline after asking creator John Wells if she could direct for years. “I don’t think I was ready before,” she told The Hollywood Reporter in her trailer in between takes. “I would throw it out there as an idea and not really follow up. And then I went to school and took a crash course in cinematography and actually felt ready.”
Once Rossum accepted the challenge, she was thrown plenty of curveballs. “I thought that John was going to go easy on me and ease me into the directing process and he didn’t. Which in retrospect, I’m glad about and that means that he had confidence in me to not completely ruin it,” she said with a laugh. 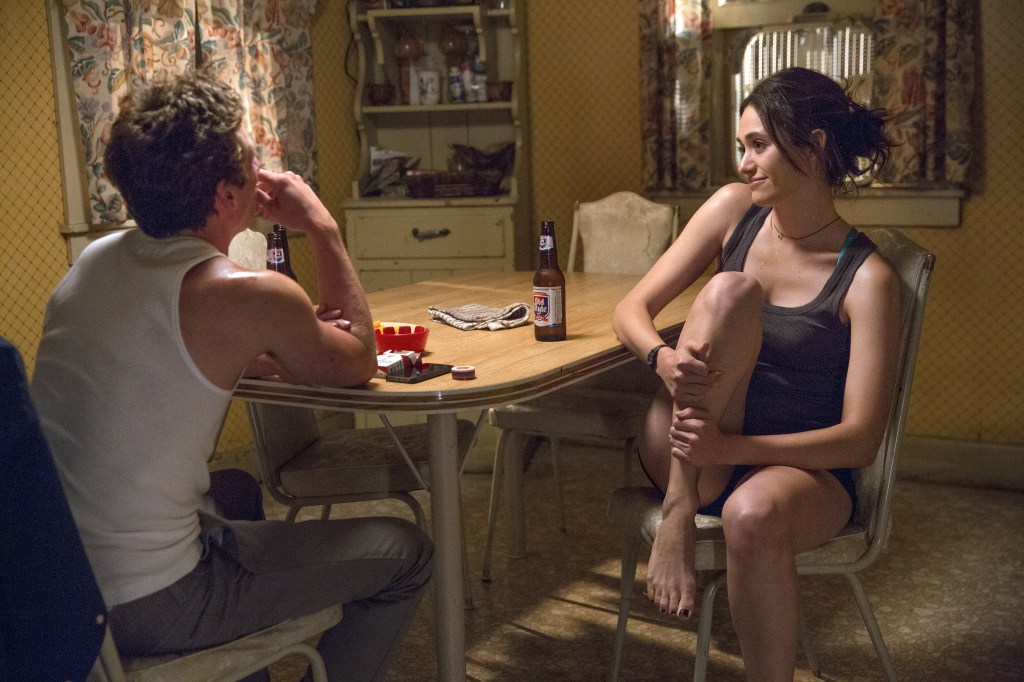 Her episode included a slew of locations for rain scenes and night shoots, the introduction of “important new characters,” scenes involving parties and guns — but not necessarily together — and directing herself a lot. Rossum called it a “complex balance” full of “mental fatigue” to try and focus on her scene partner’s emotions and performance while keeping an eye on the camera, but ultimately she notes, “I found directing myself strangely comfortable and easy.”
That ease was seen on the other side of the camera, too. “Emmy’s such a good actor that she knows what she wants to do in every scene. Without any other cooks in the kitchen she’s really able to do that quickly and effectively,” co-star Jeremy Allen White said. “From the perspective of an actor, she was a dream. We see eye-to-eye in scenes usually, so it was all second nature. She knows how to get me to that place because she’s seen me get to all sorts of different places for the past seven years.”

Macy, who directed in season five, echoed White’s sentiment. “For her first directing gig, she started at the top of the pile. She couldn’t have picked a more difficult assignment for her first time, and she nailed it,” he said right after wrapping a scene in which Rossum directed him. “She brings joy and enthusiasm to the set and is super prepared, which makes it easy and everyone feels safe. We’ve had some really good directors, and I predict she’ll do more.”
In addition to taking classes at NYU, Rossum prepared by talking to her fiancé, Mr. Robot creator (and frequent director) Sam Esmail. “I learned to direct the same way I learned to act — watching people who were better than me. I literally shadow Sam in life when we talk about work,” she said with a laugh. “The most important thing that he told me was be prepared for everything to fall apart and don’t freak out. Everything will fall apart and then you’ll figure out how to put it back together. Weirdly, I’m generally an upsettable person, but nothing was able to shake me, even on my first day when my lighting didn’t show up and the fire alarm went off three times!” 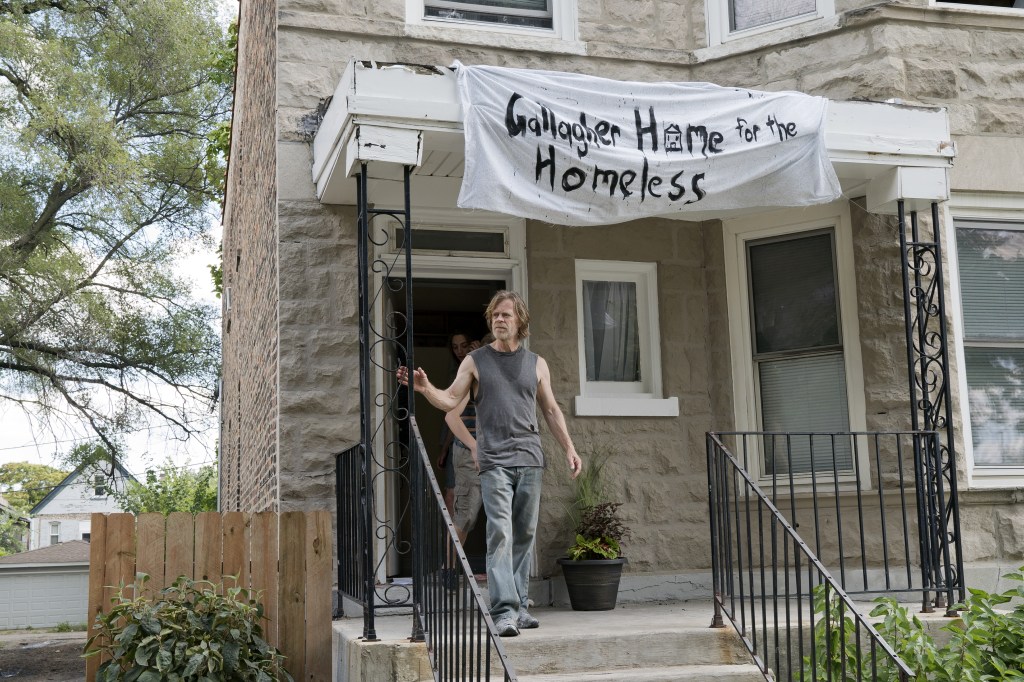 Another important and unique way that Rossum prepped was laminating scripts, drawing sets and locations, and using Lego people to stage every scene’s blocking. “I felt the three-dimensionality of the tension between the characters and what that would feel like if the dynamic shifted, if the person stood in a different position or sat,” she explained while flipping through photos of the staging with THR.
“In TV, especially in a show that’s this late in the game, a lot of directors don’t even give us much direction,” Rossum noted. “I feel like the reason that it went well [for me] is because I, on a cellular level, really understand what the show is about, what it’s saying, who these people are, what their relationships are like and what the world looks like and feels like.”

Taking it a step further, Monaghan pointed out that actor-directors aren’t always his favorite to work with. “When an actor comes in [as a director] and gives their perspective, you can go two ways: Either they don’t know how to work with actors at all, or in Emmy’s case, she’s proven that she can,” he said. “She can step up to the plate.”
Reflecting back on her time directing episode four, Rossum said she hoped she “surprised’ the cast and crew with her passion and worked with them to steer their characters into new, exciting directions. However, she’s not sure what her next step is in the directing world.

The Surprising Way 'Shameless' Will Tackle Polyamory in Season 7

“I feel like anything else that I would do after this, I’d have to understand it on a really true, authentic level to be interested,” she explains. “There’s also a huge responsibility in directing, because after this I go back to my day job and if I’ve fallen flat on my face as a director, then I’m in an even worse position than I was as an actor. If I fail as a director, then they have less respect for me.”
But after a pause, Rossum smiled, adding, “I feel cautiously optimistic that I serviced the material and the actors. It was honestly such an honor.”
Shameless airs Sundays at 9 p.m. on Showtime.