When Emmy Rossum announced that she was leaving Showtime’s Shameless after its upcoming ninth season (bowing Sept. 9 and airing in two parts), the first question on every confused viewer’s mind was: Does this mean the show is ending? Executive producer John Wells put that concern to rest, saying in a statement that the “door will always remain open for Fiona to return home for a visit, or to move back in.” That, in turn, begged another question: How can the show go on without her?

The skepticism is warranted. Shameless follows the Gallaghers, a family that is poor in cash but rich in love and loyalty, and Rossum’s Fiona is its veritable matriarch, the eldest of six who has worked concession stands, motels, nightclubs and diners — scrimping, saving and scheming to ensure that she and her siblings stay together. But, in reality, Fiona hasn’t been the characteristic self-sacrificing sister for quite some time now. In season one, she managed the bills and woke the kids up for school and poured the cereal. By season eight? She moved out of the house and into a building she owned.

For much of the series, the Gallaghers weren’t thinking about upward mobility — they were just trying to survive. For every wad of cash they brought in, they lost another to a broken washing machine. Even Lip (Jeremy Allen White), the gifted Gallagher who was once most likely to make it out of Chicago’s Southside, found himself expelled from college. If the show had a message about class, it seemed to be a bleak (and arguably realistic) one: your lot in life is fixed at birth.

That began to change in season seven, when Fiona took over Patsy’s Pies and saw her potential as a businesswoman. “In the past 10 years, I’ve taken care of every single Gallagher in this family except one,” she told Lip, who had confronted her for not being around enough. “I’m done.” She’d said some version of that many times before — Fiona’s martyr complex has always been a staple of the show — but this time she meant it. She wasn’t going to help Debbie (Emma Kenney) take care of Franny. She wasn’t going to worry about Lip’s unpaid internship. What she was going to do was take out an $80,000 loan against the house to buy a laundromat after being inspired by Margo (Sharon Lawrence), the high school dropout-turned-real estate tycoon who had become Fiona’s role model.

By season eight, Fiona owned an apartment building. She knowingly contributed to the gentrification of Chicago’s Southside. She spent more time with her bougie tenants than with her siblings. When faced with the decision to buy an abandoned church or let it become a homeless shelter, which would drive down her property value — she followed the money, causing a rift with Ian (Cameron Monaghan), who, unbeknownst to her, had masterminded the shelter idea. 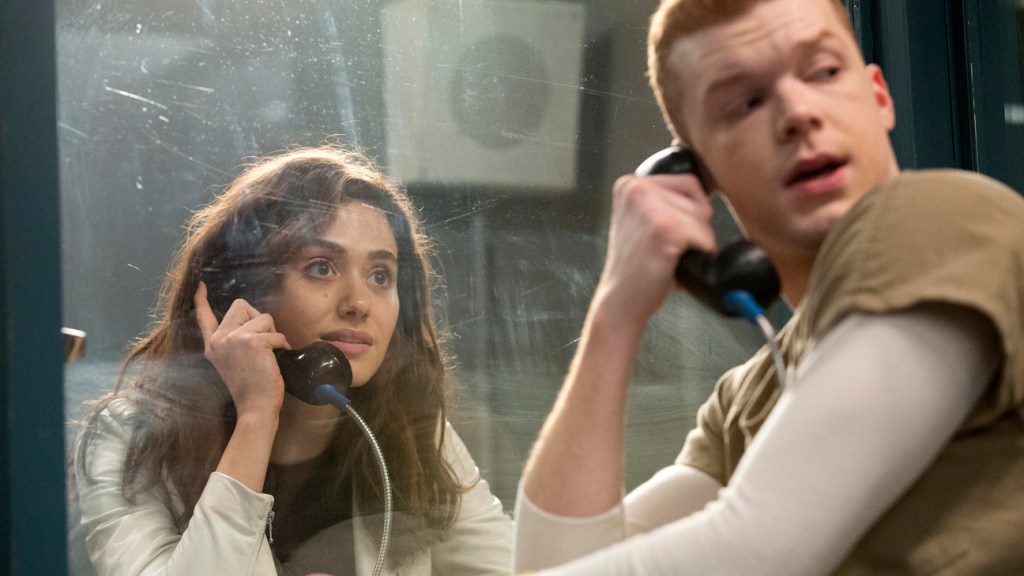 “I’m not gonna apologize to you or anyone else for trying to better myself,” she told him. “I don’t know who you are anymore,” he said. It was a painful exchange, and a rare acknowledgement on a show about class that one family member’s climb up the proverbial ladder can often feel more like her climbing away.

The season-nine trailer (watch, below) suggests Fiona will continue to get ahead, at least financially, as she’s seen wearing a power suit and angling to buy commercial property. But she’s also still touting the “family first” motto that has long defined her character and the show. How will she manage to balance both worlds?

It’s almost impossible to imagine Shameless continuing without Fiona, and I’m not personally convinced it should. But perhaps Rossum’s exit will force the show to crystalize a message about class that it has so far only danced around: It’s rare to move up in America, but if you’re one of the lucky few who do, it will be bittersweet. It might even mean saying goodbye to family.