Continue to The Hollywood Reporter SKIP AD
You will be redirected back to your article in seconds
Skip to main content
July 8, 2018 7:03pm
Logo text

[This story contains spoilers from the series premiere of HBO’s Sharp Objects.]

Camille Preaker is a self-harming alcoholic journalist — and the heroine of HBO’s new, Southern Gothic murder-mystery limited series Sharp Objects. At the very end of the series premiere, viewers glimpsed what Camille (Amy Adams) had been hiding under her baggy clothes for the entirety of the episode: self-inflicted scars covering practically every inch of her body.

The self-harm storyline is lifted directly from the book, which was Gone Girl author Gillian Flynn’s debut novel, but it wasn’t really a focus of the advertising for HBO take. And in fact, the first episode establishes that one of Camille’s biggest demons is a drinking problem. But in the book, the impulse to harm herself is paramount in Camille’s mind.

HBO recognized the “sensitive nature of the show’s content,” and included an end card in the premiere pointing viewers to the Substance Abuse and Mental Health Services Administration, and has set up a website with resources.

Adams previously told The Hollywood Reporter that the scarring on her body was created daily by makeup artists gluing prosthetic scars to her body. 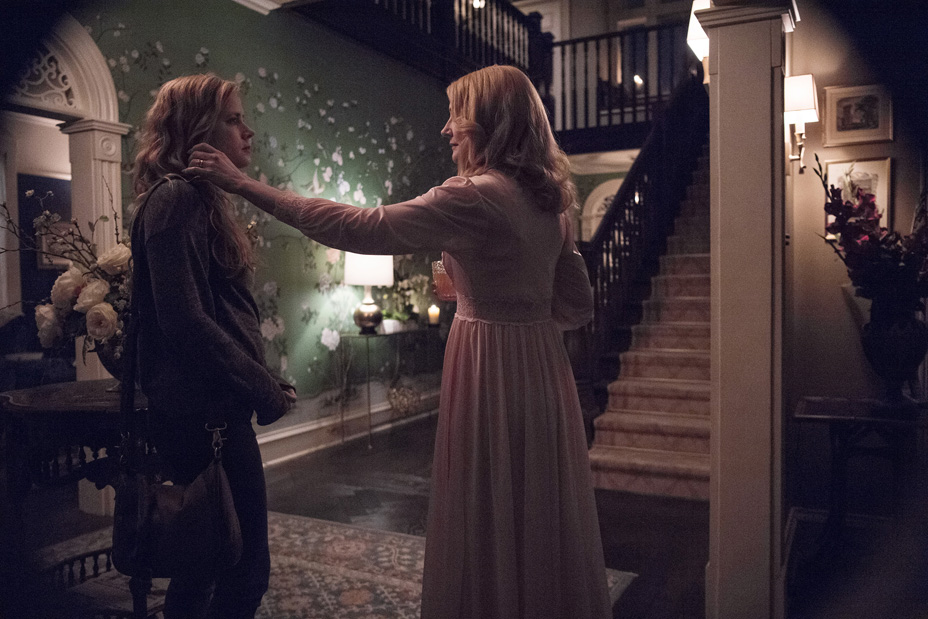 “I had to stand naked because it was head to toe, every inch of my body. So, there I’d be, in a taped-on thong. Everyone was so professional but, to me, there’s such a humiliation to it,” she said. “I’m not an exhibitionist, I’m not somebody who naturally feels comfortable parading myself around in front of people, so I had to have a false bravado standing there naked. There was also a mirror right there and I had to confront my body and I’d stopped working out to play Camille because I thought, “She’s not gonna be toned, it’s gonna be annoying if we see her naked and she looks like me in American Hustle.”

The episode introduced the murder-mystery central to the plot — two girls have gone missing in Camille’s hometown, and she returns on assignment to investigate the impact the tragedy has had on Wind Gap, Missouri — as well as key players including Camille’s mother, Adora (Patricia Clarkson), her younger half-sister, Amma (Eliza Scanlen), the big city detective assigned to the case, Detective Willis (Chris Messina), and the Wind Gap police chief, Vickery (Matt Craven).

The sublimation of Camille’s issues (slightly more palatable alcoholism substitutes for some of her self-harm spiral in the series) is just one of the few small changes Flynn and showrunner Marti Noxon made to the novel’s story. In the book, Camille is a Chicago-based journalist; in the show, she’s based in St. Louis. In the book, both missing girls have been found murdered; on the show, Camille is present when the second body is discovered. 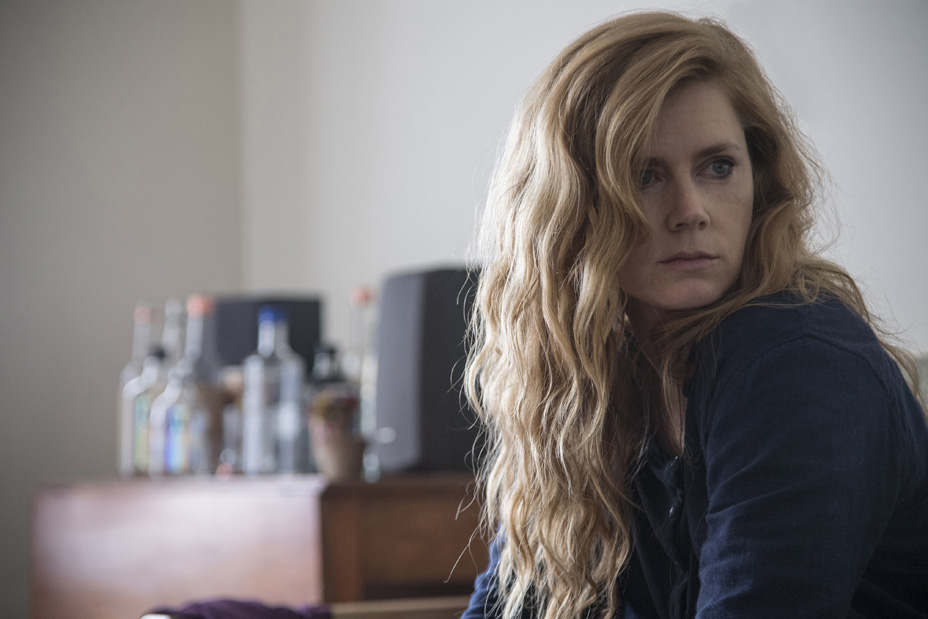 While other small changes include further episodes expanding the world of Wind Gap beyond the 250 pages of the book, the premiere hews closely to the structure Flynn built in her novel. And since Flynn was present in the show’s writers’ room, she was able to expand the story. (At its heart, Flynn told THR that Sharp Objects is story about a complicated woman.)

'Sharp Objects': Jean-Marc Vallee on Antiheroes, Amy Adams and the Battle He Waged (and Lost)

“I wrote Sharp Objects because I wanted to write a character study, and I hid that inside of a mystery. I tricked people into reading about women and violence and rage and what that looked like in three different generations of women,” she explained. “That’s what I wanted to write about, and I figured out I could do it if I coated it in this yummy Southern Gothic mystery.”