Spike Lee might have created the iconic character of Nola Darling in his 1986 film She’s Gotta Have It, but it’s actually his occasional collaborator, Tonya Lewis Lee (who is also his wife), who is responsible for the idea of updating the character for the small screen in Netflix’s 10-episode series of the same name.

Like the movie, the show follows twenty-something Brooklynite Nola Darling, an artist juggling three lovers and struggling to make her art and her rent in the rapidly gentrifying neighborhood of Fort Greene.

“Why this movie, why this film, why now? I think that for me, in revisiting Nola specifically, when we looked 30 years ago the idea of a woman having multiple lovers was so astonishing. Now it’s not such a big deal,” she tells The Hollywood Reporter. “People are on Tinder. We know that a twenty-something-year-old woman is going to be having sex, right? What was exciting was to be able to explore what it’s like to be young woman who is an artist trying to figure out how she is going to make her mark on the world while she is simultaneously paying her rent and going through the process of the becoming the artist that she ultimately will become.”

'She's Gotta Have It': TV Review

In a series, rather than a movie, there’s more room to devote time to all aspects of Nola’s life. “You get to see a very interesting, rounded-out side of Nola Darling that I don’t think you can get in an 86-minute movie, which is [why it’s] so fun to do it as an episodic series.”

Below, Lee speaks with THR about making sure Nola was fully fleshed out from a female point of view, why a sexual assault storyline is more important than ever, finding the right person to play the lead and whether she’s already thought about what to explore in a potential second season.

First of all, Spike just has an incredible body of work. He’s been very busy the past 30 years and you could look at many of his films and think about them in different ways. It’s been many years since [we collaborated] and we were thinking about working together again. He had also been really talking very passionately about the gentrification of Brooklyn, where he grew up, and my response to that was, ‘Let’s think about how we can put your conversation into the work.’ In other words, why don’t we show people what you’re talking about instead of just telling them what you’re talking about? And so that led into a conversation about, ‘What would that look like?’ and then, ‘Who will the protagonist be?’ And of course I think about a woman’s point of view, and it just made sense to further revisit Nola Darling in 2017 gentrified Brooklyn. 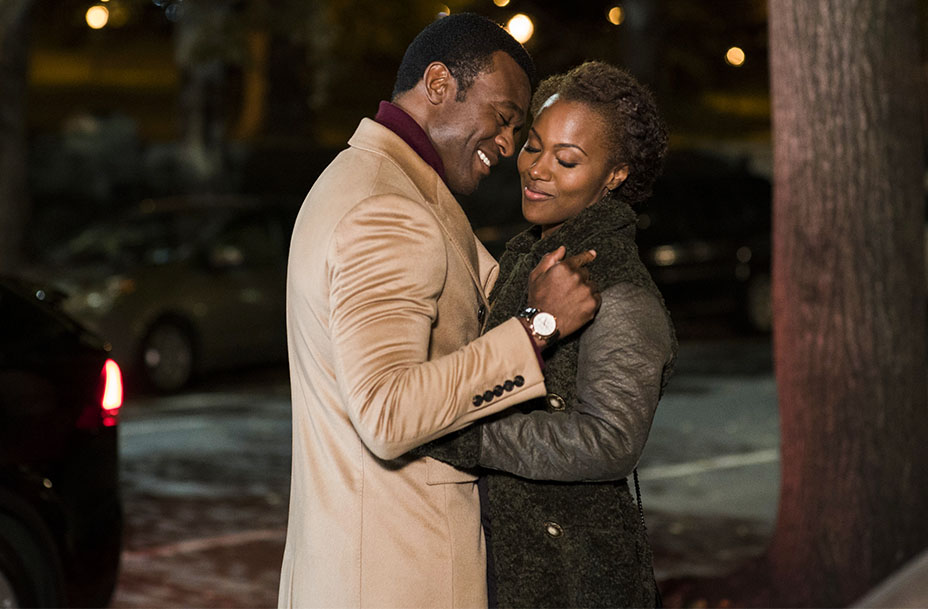 You’ve said before that Nola is a character created by a man, but there are many female writers on this series that you’re co-showrunning. How open was Spike in getting your input to fully flesh out the character?

I do think Spike has realized that in 2017, thinking about approaching a female character in an episodic way would require more female input — though he will be the first to tell you he did create Nola. Nola is from his mind. But when we set out to do the series he did want my input. That’s not to say that always went easy, but he did listen and, not only that, he made sure that our writers had a diverse female voice. So there are several writers on the show that are female that really formed the character as well. He was very, very open to it and felt that that was really important.

The entire show hinges on Nola, so what what was it like finding and casting DeWanda Wise in that role?

I came to DeWanda from the audition and I know certainly when I first saw her — and I know [it was the same for] the execs at Netflix as well — she just jumped out as the person to play Nola Darling. She is married and it is a role about a woman’s sexuality, and I think that Spike and I both wanted to make sure that she was comfortable, that her husband was comfortable, knowing that we were going to create a safe, professional environment for her to be free to be the artist that she is and really embody the character. We wanted to make sure that she was comfortable and excited about it and I don’t think it took long to get her there. I think DeWanda is fantastic. She’s such a great actress. I got to see her later in Shots Fired after seeing what she did in She’s Gotta Have It. She has such amazing range and we’re just thrilled to have her.

What was most important to you to touch upon in a series that you couldn’t in a movie?

It is great to me that Nola has female friendships and they are all very different kinds of women. I think that the series really does a great job of exploring the diversity of womanhood in a way that I’m not sure we always get to see. Of course the other part of it that’s really exciting to me is really exploring what it means to live in a gentrified community and how people come up against each other. I think often people do move into neighborhoods that they think of as new discovery not fully understanding the humanity of the people who have been there, and I think that we have an opportunity to explore that and continue the conversation about, when that happens, how we can coexist together in a way that works for everybody.

The first episode ends with this Nola being assaulted on the street, which winds up being a catalyst to help her discover her own voice as an artist and as a person. What can you say about having that incident be this catalyst for her?

It’s so interesting where that came from. There is an artist named Tatyana [Fazlalizadeh]; she’s the artist who did all of the portraits in the show. She had a campaign [about street harassment] … and Spike saw it in the street before we even thought about She’s Gotta Have It and he wanted to have a conversation with her about what she’s talking about … and the idea of how women live and how vulnerable we are really out here. It’s just so interesting that we’re in this moment where certainly in Hollywood and corporate America and politics we’re talking about sexual harassment and sexual assault, and we happen to have it in the film and the show — which says to me this has been happening all along. This is not really a new conversation, it has just become more open and I think that it’s great that Nola is able to work through what she experiences through her art and thinking about how she empowers herself from the assault. I think instances like that can be very damaging, but I think at the same time if we can turn it around and flame our power, which is what Nola does, then we can be empowered and empower other women as well.

With new stories of abuse in Hollywood coming out almost daily, does it surprise you how many men are still shocked that women are scared to walk to their cars alone and other things like that?

What I realized is men don’t know what they don’t know; and they walk around in the world in their own bodies and they can’t possibly understand what it’s like to be a woman. It is upon us to make them understand it to a certain extent, and that’s what it was like working with Spike on the show. It became clear to me — I would get really frustrated and [say] ‘Spike, how do you not know this?’ But he can’t because he’s a man and the whole world accommodates him, so he doesn’t have to figure it out. So it becomes on me and all the other women around us who have to sort of pound it in his head sometimes. At least he was open to it. 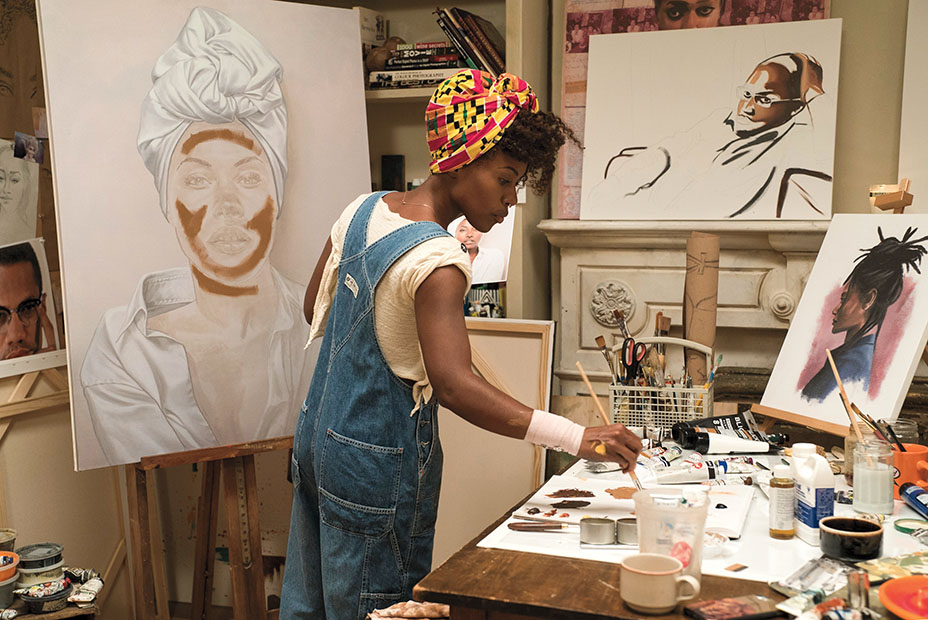 This is Spike’s vision, but between you helping run the show and all the female writers, what did it mean to you to have so many female voices and females in position of power?

By the way, we had female execs at Netflix. It was female energy all around. It was fantastic. I mean, there is nothing like [it]. I have to say, there were moments when I would say something to Spike and he would bristle at it but then the execs would come and they would say the same thing and we hadn’t spoken about it and he would be frustrated about it. And I would be like, ‘OK, you’re hearing this now from several people, you need to listen.’ So to be able to have the power of my female execs, the power of the female writers and Tatyana, the artist who weighed in, and to the cast — not just DeWanda, Margot [Bingham, who plays Nola’s BFF Clorinda] — it was really a special situation that allowed us to create something that feels authentically female.

Have you already thought about doing a second season? How long can the story go?

Well, I think it can go on and on. I personally do enjoy watching Nola’s journey. I think it would be really fun to continue to follow her. I think that her friends and suitors are rich and rife for more exploration. My fingers are crossed for another season. I think that Nola is really interesting. I think that she’s just at the beginning of her journey and I think there’s a lot more to come.

She’s Gotta Have It is available to stream on Netflix beginning Nov. 23.