Harper Rhimes doesn’t really watch hospital drama Grey’s Anatomy, her mother’s hit ABC series, but she hangs out pretty often with its star, Ellen Pompeo. As for Scandal? “I used to watch it,” says Harper, 15, a prolific artist (she’s also into dance and horseback riding) whose painting hangs in the office of Katie Lowes’ character, Quinn. “But it hasn’t really grown on me in a while.” Harper’s more about Stranger Things (“like every other teenager,” she says), Shameless (“I’m surprised my mom lets me watch it”) and reruns of Friends and The Fresh Prince of Bel-Air.

Charlize Theron and Issa Rae Honored at THR's Women in Entertainment Event: "Keep Using Our Voices and Platforms for Something Greater Than Ourselves"

And the most powerful showrunner in television, now also a budding media mogul, is just fine with that. While Rhimes enjoys sharing the trappings of her A-list life with her daughters (Harper has two sisters, Emerson, 5, and Beckett, 4), like getting to meet and hang out with the Obamas, she’s happiest when they follow their own path.

“I worked really hard — almost too hard — to make things normal,” she says. “Harper hates when I tell people this, but for a long time growing up she thought I worked in a hospital.” Harper has tried acting and shown an interest in producing but isn’t sure she wants an entertainment career, and her mom isn’t pushing it. “I want her to be a citizen of the world,” Rhimes says, “and not just a citizen of this town.”

Harper’s well aware of her mom’s impact — and not just as a storyteller: “People tell me, ‘She changed my life,’ ” and that’s something her daughter would like to emulate. Harper comes by the Shondaland offices a few times a month, but Rhimes doesn’t bring her work persona home; it’s more the other way around. Harper has taught her not only to use Snapchat (“Those of us on Twitter or Facebook, we are missing out on a whole world of conversation”) but also to be a better leader. “Raising kids is harder than work — kids are more honest, kids are individuals,” says Rhimes. “I’m very used to being the boss, hearing myself talk all the time. At home, I need to be a person who listens.” 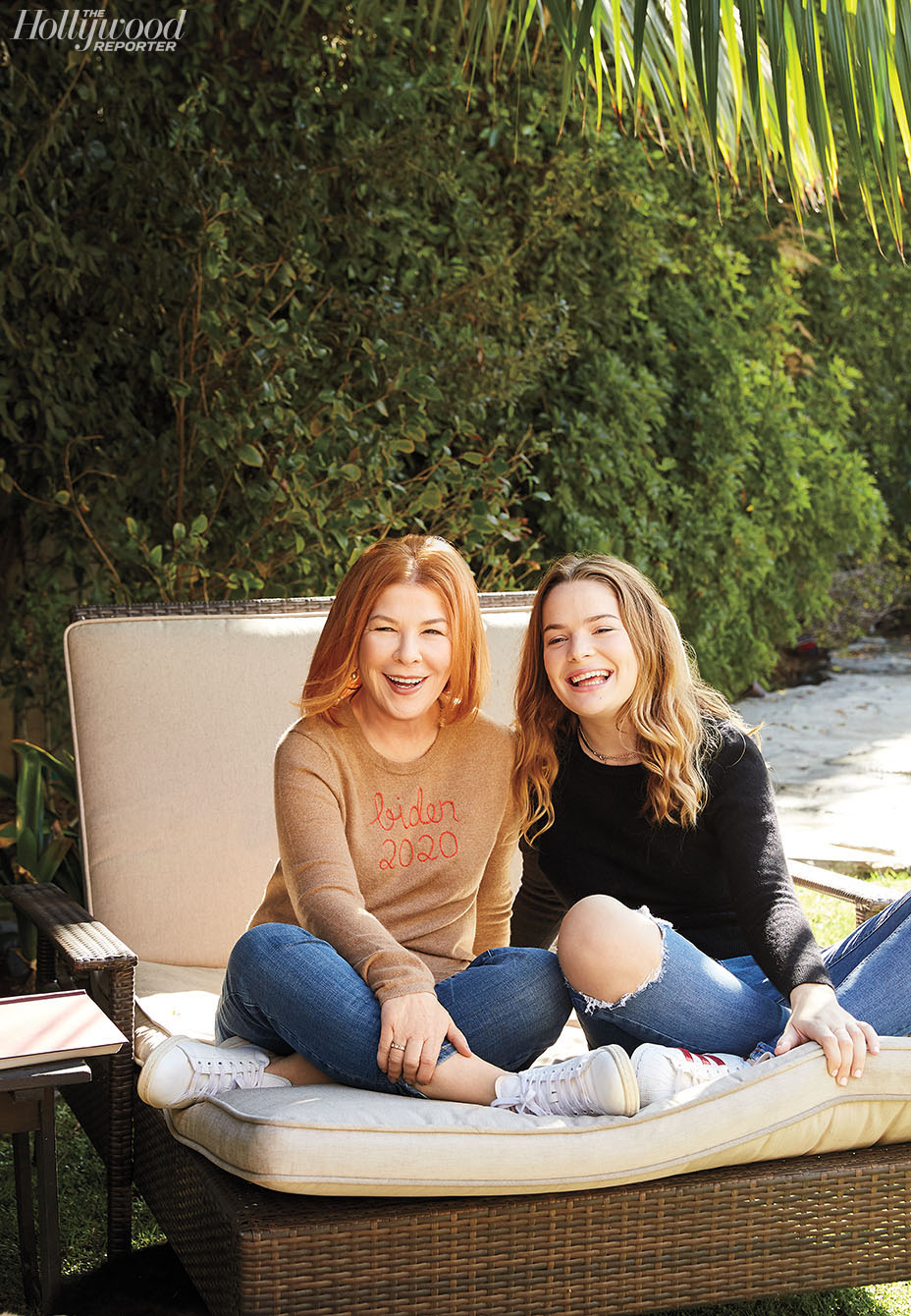 When Gracie Marx was 10 years old, she decided to take up skateboarding. So her mom, CBS Films president and veteran Hollywood executive Terry Press, drove her to skate parks all over the L.A. basin, from Monrovia to Venice, watching from her car as her daughter, wearing a bright pink helmet, disappeared into a crowd of tough-looking boys.

“I was usually the only girl,” recalls Marx, now 18 and a senior at The Archer School. “But my mom never tried to stop me. Growing up, there were no boundaries in terms of men versus women.”

Gracie and her twin brother, Ethan, are the great-grandkids of Groucho Marx. Their dad, Press’ husband of 21 years, is writer Andy Marx, who also happens to be related to renowned songwriter Gus Kahn. But showbiz is not exactly in her blood. Instead, Gracie dreams of a career as a TV sports reporter (she’s constantly checking the ESPN updates on her Twitter feed). She says having a busy film exec for a mom wasn’t always easy, but she learned to make the best of it.

“It took me a while to realize how lucky I was,” she says. “It was hard sometimes because my mom would be out of town and there were moments when I wished she was there. It helped me to become a lot more independent.”

Keeping Gracie and her brother grounded in the rarefied bubble of Beverly Hills hasn’t always been easy, either, but as the kids grew older, Press made it a priority. “They used to go on private planes with me when they were little,” she says. “But then we took a trip to Hawaii and I marched them back to coach. In Beverly Hills, people think nothing of giving their kids a BMW or an Audi as their first car.” Gracie’s first car? A Ford Focus, which she shares with her brother. 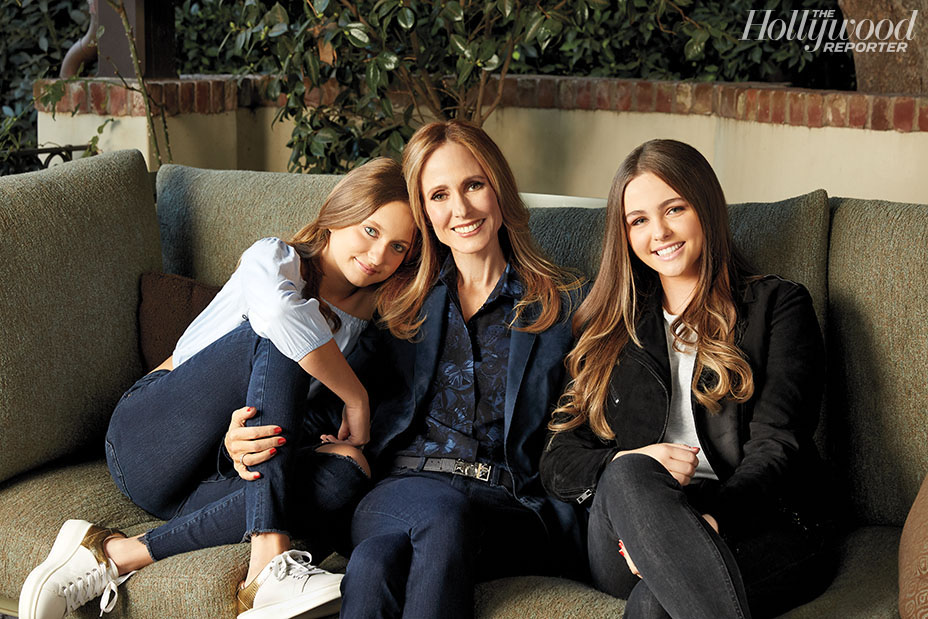 DANA WALDEN AND CASEY AND ALIZA

Since Aliza Walden was all of 6 years old, she has wanted to be her mom.

“An executive,” the older of the two Walden daughters, now 17, clarifies, “just like her.” But Aliza’s mother, Dana Walden, isn’t just any executive; she’s among the most powerful women in Hollywood, the president and chairman of the Fox TV Group and, per Aliza and her younger sister, Casey, 14, a true “lady boss.”

Looking to fill those shoes, Aliza has made a habit of poring over the rough cuts her mom brings home, interning over the past two summers (first for producer Ryan Murphy and then 3 Arts manager Oly Obst) and consuming more TV than even her mother might suggest is healthy (asked her favorite show, she says: “All of them”). “We always say that Aliza wishes it was a dynasty of Waldens instead of Murdochs,” jokes her mom, who on this late November day is sharing a couch with her daughters in their Brentwood pool house.

Casey hadn’t been as certain about her preferred career path until a few months ago, when her mom took her to see an episode of Fox’s live show The F Word With Gordon Ramsay. Once production was underway, the network’s head of unscripted, Rob Wade, brought her into the control truck to see the F Word creative team at work. By the time Casey returned to her mother in the greenroom, her future plans were set. “I want to be him,” Dana recalls her daughter telling her, referring to Wade. Adds Casey: “Even though it’s not as big as a ‘boss’ job like my mom’s, I like reality TV much better.”

Whether the Walden girls ultimately stick to their Hollywood aspirations is of no matter to their mother, a point she’s tried to drill into the girls many times. “She really just wants us to be driven and to not be afraid to go after what we believe in,” says Aliza, with her younger sister echoing: “She wants us to do whatever makes us happy.” 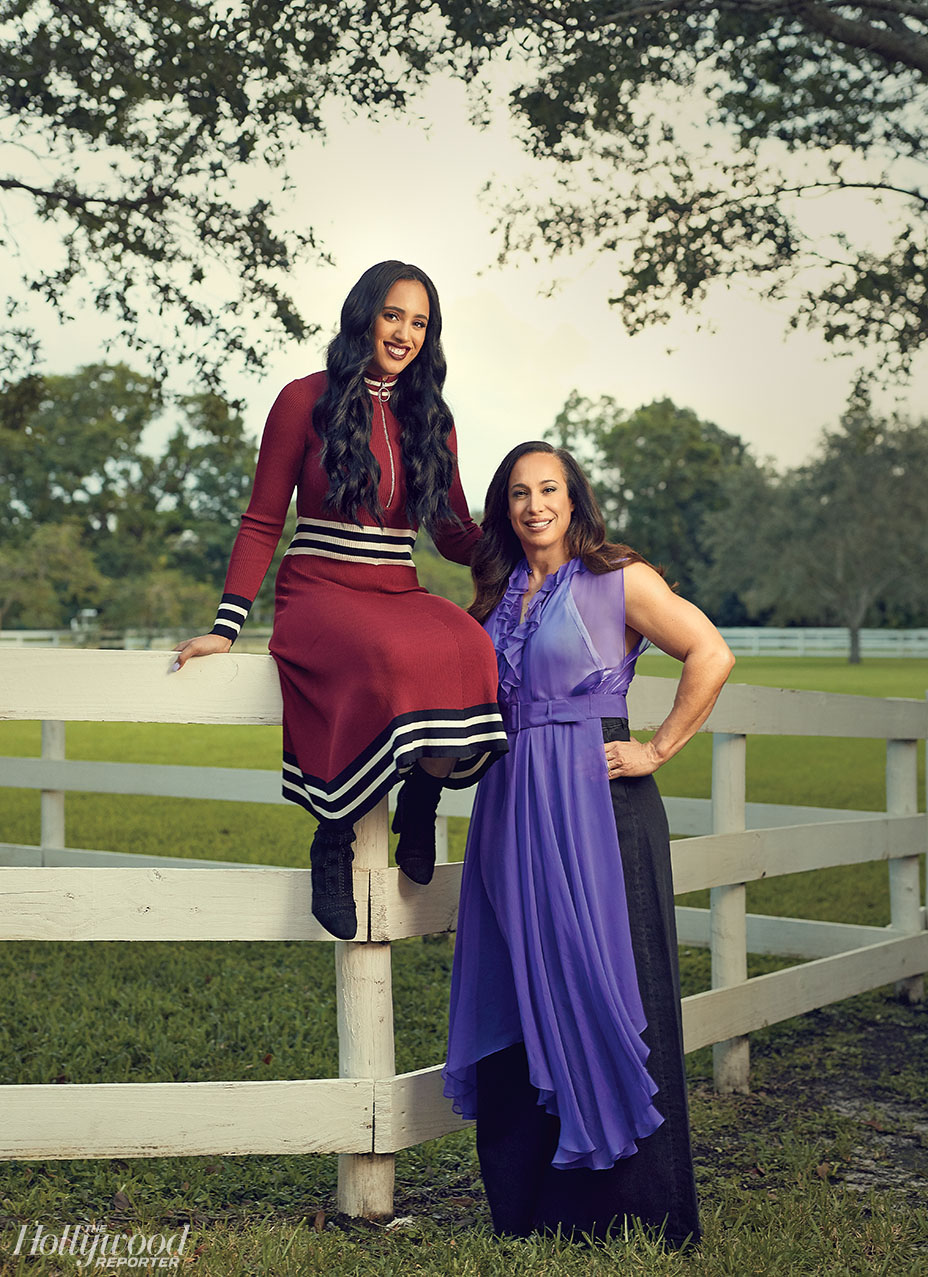 Simone Garcia Johnson, 16, the only daughter of Dany Garcia, founder of Garcia Cos. media management, and her ex-husband, Dwayne Johnson, is about to begin a career in showbiz. Or at least she’s taking her first baby steps. On Jan. 7, she’ll appear onstage as the Golden Globes Ambassador (formerly known as Miss Golden Globe) at the 2018 ceremony. “It’s such a leap forward,” says Garcia, of her child’s imminent debut. “But she’s always risen to any challenge.”

Simone, who recently signed with IMG Models, isn’t sure she’ll be spending her entire future in front of the camera. She says she’s more inclined to follow in her mother’s footsteps and looks forward to studying business in college. “She inspires people to be the best version of themselves,” says Simone of her mom, who continues to produce projects with her ex, including Baywatch and the upcoming Jumanji, while serving as chairwoman of Seven Bucks Productions, the film company she and Johnson co-founded in 2012. “She’s always passionate about everything she does.”

When Simone was younger, says Garcia, she and Johnson put a lot of effort into protecting her from the darker side of Hollywood. (Simone and her mother live out of the Hollywood spotlight, near Fort Lauderdale.) “She needed to be sheltered from an environment where there’s paparazzi, where people are interested in what she was wearing at a very young age,” she explains. “But now she’s so well-baked into who she is that I feel confident letting her navigate the world.”