[Warning: This story contains spoilers from the “Half a Sheet Cake & a Blue-Raspberry Slushie” episode of Showtime’s SMILF.]

In its first three episodes, Frankie Shaw’s rookie Showtime comedy SMILF has tackled the struggles of single parenthood, eating disorders and now sexual assault. In the final moments of the Sunday’s installment, single mom Bridgette Bird is groped by her date — a man she met via Craigslist ad — prompting her to punch him in the face.

Creator, exec producer and star Shaw spoke with The Hollywood Reporter about Bridgette’s reaction, the increasing awareness about sexual harassment in Hollywood and the online (and studio) support to bring back Good Girls Revolt, the canceled Amazon series on which Shaw starred before SMILF.

Was Bridgette’s response to the man’s actions a reflex or was it wish fulfillment, in a way?

I think a lot of times the normal response to assault and trauma is either to freeze or dissociate, or tell yourself it’s not happening. I wrote a few different versions of the ending, one of them being that she just breaks down crying. So it is what you would think one would do, and wish fulfillment being that you’re standing up to yourself in a very specific, intelligible way, and getting a little bit of revenge. So yes, I would say that it was just, in a way, what everyone wants to do. I remember being on the subway in New York City and some man grabbed me, grabbed my genitals, and I froze up, and then just got off on the next stop. And I wish I’d just clocked his face.

It’s shocking for somebody to violate your body, and that’s what it is. We just happen to be in a time where now people are understanding it. We’ve just lived with it as something that could potentially happen without consequence forever. I was talking to someone recently [and said] ‘What if we walk around in a world in which we are not in danger of being victimized?’ Only now have I actually thought, ‘Oh, do people think there’ll be consequences?’ I mean at least in this part of the world.

What do you think about the fact that, especially in Hollywood, people are finally being called out on their behavior and this episode is airing right in the middle of it?

This whole show, there’s undertones of — in the first episode Bridgette says she’s sexually abused, and now we’re talking about sexual harassment and the finale deals with her father. It’s definitely one of the themes of the show, and it always was. This was written before the current explosion of the #MeToo. I remember during the pilot testing, you go to the Valley and you watch these random people turn the dials when they like something and when they don’t. I was so nervous in the pilot when Bridgette says, ‘Oh, I was sexually abused by my Dad.’ I was like, ‘Oh, we’re going to lose everyone. This is where people are going to tap out.’ And they didn’t. It stayed up. And I said, ‘Oh, OK, interesting.’

The thing about this subject for so long, especially child [abuse] … it’s the darkest parts of our society and hard to face. We shove it under the rug, because … what does it say about humanity when people can do this? In terms of the timing, it’s pretty incredible. All of these people are coming together and sharing their stories. So, rather than the show existing as an anomaly [and addressing] it, now it’s just in a culture that’s ready and willing to talk about these things.

The other thing about it that I was interested in is how — and you see it in these people that are coming out and trying to apologize — is that for so long there’s a cognitive dissonance between objectifying women and men, and, like, being a man in the world. It’s sort of part of the culture, an accepted part. People who would cross the line wouldn’t really know it was wrong, maybe. I’m not sure. That’s what it seems by some of the behavior, you would think. What I wanted to show in this episode, too, is that this is just a nice, normal guy behaving the way in which culture said is OK to behave, and was OK for so long without consequences for men — but it’s really not. And also the duality of the idea of prostitution and how you can have like, ‘I have this fantasy of it,’ [like in the episode where Bridgette fantasizes about people worshiping her vagina], but in reality, your humanity is taken away with any type of selling yourself as commodity. 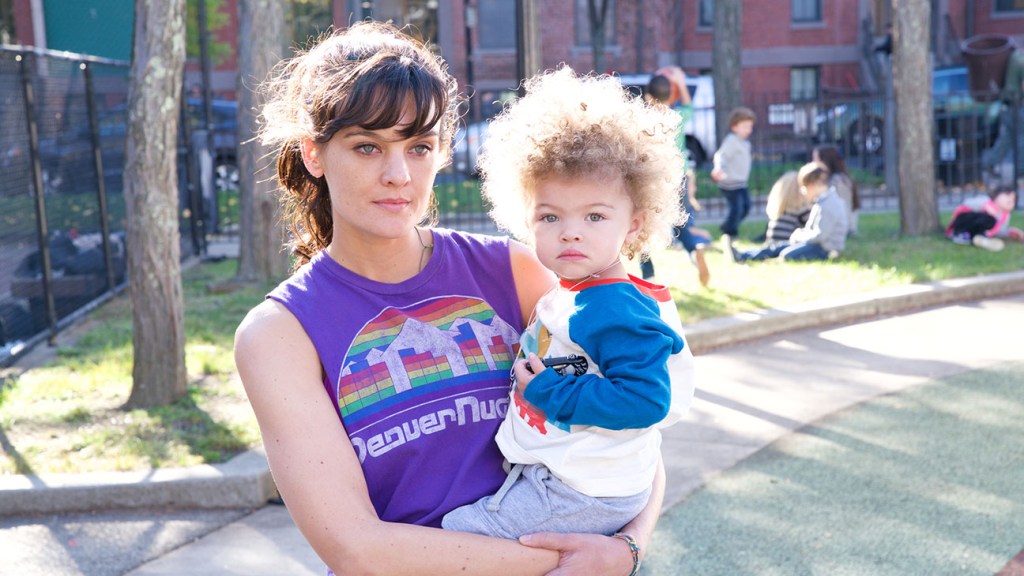 It’s also juxtaposed in the episode where Bridgette’s friend is also selling herself to men by eating for them on a website, but not sexually, and she feels very empowered by what she’s doing.

I think it’s a false idea to be empowered within systemic sexism. I guess the system of the patriarchy — I hate using that word, but I don’t know what else to say — so, it’s like she’s existing in this society that will objectify her for money, but she doesn’t actually have to cross the line of sex. I guess my point was we’re all complicit. We’re making the most of it.

Like, ‘If it’s going to be here and bring us down, we might as well see how we could use it to our advantage.’

I think that’s the old argument. There’s still plenty of women surviving off of men objectifying them, and that’s the best they think they can do, and there’s no judging that. I do feel like it’s false empowerment, and real empowerment is to not partake. What can you say about how the repercussions of this whole incident will have on Bridgette moving forward? It’s sort of sad because in the next episode she’s really down and out and looks for a way to deal. And there’s not really a way to deal except for talking about it in the community and not trying to go into the darker ways you can deal with assault, which is self-abuse. We’re sort of building toward an end of the season line where she has the courage to approach her dad. And so perhaps this experience, enough is enough, she’s willing to call out names.

The episode also shows Nelson (Samara Weaving), Bridgette’s ex’s new girlfriend, also being verbally assaulted by this athlete she’s trying to interview. Is that something you’re going to explore more as well?

That was taken from the Cam Newton interview. It’s a heightened reality where these three characters are using their body, or getting used, to make money. It was like sort of like her [being] discredited. Like, her worth is only based on her looks in the scene. It is something we do [touch on] for a little bit and will in the future. Her character was like a journalist that I was reading about in Chicago who sold herself as a date for the Super Bowl, and that was her break as a journalist. And then she sort of had an awakening of how she used her body to get ahead and now she’s not anymore, and so that’s her going to be an essential part of Nelson’s storyline, for sure. Brandin Cooks, wide receiver for the New England Patriots, is in the cold open. He was totally game and excited to make fun of Cam Newton.

One really unique aspect of the show is the very respectful relationship between Bridgette, her ex, Rafi, and his new girlfriend, Nelson. Why was it important to build the relationship in that way?

That’s sort of reflective of my relationship with my son’s dad. But it was really important to show the complexities of raising a child in two households, when you both want the best for your kid but you might not always share the same values. It was really important there was no catty jealousy with the new girlfriend, and that it was deeper than that. Really, it’s hard to raise a child even when you are with the person. But then there’s so much that goes into control, and you really have to let go of that when your kid is also going to someone else’s house.

Aside from Bridgette confronting her father, what else can you say about what’s coming up?

Episode four is a really fun gender-bender episode. What would it be like to be a guy? Or, really, what would it be like to have a penis? Five is total departure from our world. There’s a German movie called Run, Lola, Run that I love and that we did our own version of. That was about forgiveness and sort of a Sliding Doors-type episode using the structure of Run, Lola, Run. And then we go into Bridgette following her basketball dreams in six, which — it was fun just to write about sports and explore that theme. I sort of took her out of being an actress and followed more of her basketball aspirations.

Changing subjects, have you seen the movement of fans of Good Girls Revolt trying to get Amazon to pick it back up or find a new home for the show?

I’ve heard that. I’ve been talking to Dana Calvo, the creator, and there seems to be a really strong desire from the fans. There’s been a big ‘bring back Good Girls Revolt‘ hashtag movement. It would be so incredible. I mean, Dana and [exec producer] Darlene [Hunt] poured their hearts into that show. It would be so amazing to come back. I feel like that show was a casualty of Roy Price’s misogyny.