Reliving the world of Breaking Bad by way of its feature film sequel El Camino is not enough for die-hard fans. Enter the Breaking Bad Experience, a pop-up bar and restaurant in West Hollywood that resembles a meth lab and trailer park, but serves diner-style food and elevated cocktails inspired by the series.

Stepping inside the door, guests are immediately met with the pink teddy bear from Breaking Bad’s second season — the one that is missing an eyeball (it delicately appears in a cocktail offering) — and an enormous mural of Bryan Cranston’s Walter White, staring down at those who dare to dine in booths. Walking further in, they are confronted by an RV setup, kitchen staff in yellow hazmat suits, a chalkboard of the periodic table, an installation of the Los Pollos Hermanos fried chicken menu, an unsliced pizza and a detailed replica of Saul Goodman’s desk. 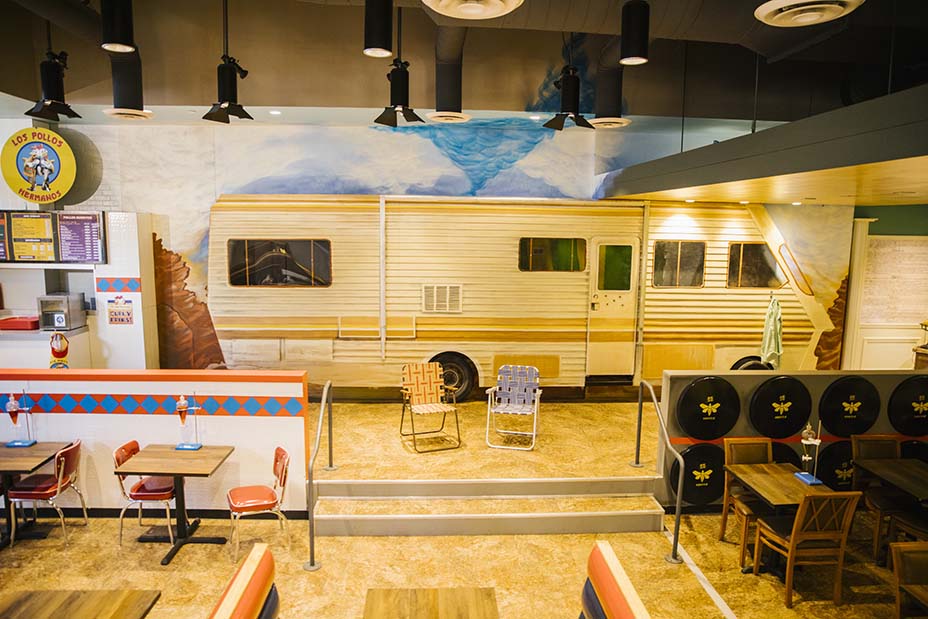 The restaurant itself is the brainchild of Derek Berry, the Chicago native responsible for debuting the Beverly Hills 90210-inspired Peach Pit and Saved by the Max, a throwback to Saved by the Bell, and plenty more, during his 15 years in the pop-up business. While giving a tour to The Hollywood Reporter, he admitted to only having finished watching the Breaking Bad series the night before, but feeling wholly impressed.

In decking out the interactive restaurant, Berry worked with Sony to ensure that everything felt authentic and accurate to the show — of course, creator Vince Gilligan also gave his stamp of approval. Some of the actors have stopped by to check out the festivities, such as Charles Baker, who played Skinny Pete.

It’s open now! This shit’s the shit, yo!! (And I mean that in the most respectful way possible!) @thebreakingbadexperience https://t.co/RdYSxQtmzZ pic.twitter.com/pTHp4m39Xf

Fans catch absolutely every detail, Berry said, before excusing himself to pick up the printed menus. It was opening day, after all. And promptly at 4 p.m., the place became populated by parties taking photographs of the costumed staff, using the periodic table as a step-and-repeat, and carefully choosing the most insta-worthy cocktails. The soundtrack to this activity was, of course, the Breaking Bad tunes courtesy of a Spotify playlist.

The kitchen, adorned with gallons of Methylamine chemicals and signs bearing the warning “Danger: Combustible Liquids” is helmed by chef Johanna Merida, who ensures that each menu item throws back to the AMC series. There are Heisenburger Sliders and Loaded SAUL-sa Nachos, to name a few. At the bar, guests can taste Dos Hombres, the mezcal from Bryan Cranston and Aaron Paul.

Aaron: “Let’s start a Mezcal?”
Bryan: “Yeah, when donkeys fly.”
Happy to say I was wrong. Very proud of @doshombres and those magical flying donkeys! pic.twitter.com/DCoKs35x7m

Dammit Marie, it’s not a rock or a mineral, it’s a lager and a damn good one. It’s official!! SCHRADERBRAU!!! Silky perfection coming to you! @figmtnbrew @Schraderbrau_BB @BreakingBad @SonyTV @Sony pic.twitter.com/p3jJeX2lWj

Cocktails include The One Who Knocks, a blend of Dos Hombres Mezcal, guajillo pepper, lime, blue Curacao, citric acid, almond, Xocolati mole bitters, smoked salt and chili powder. As Berry said, the team put emphasis on the food and drinks. People come for the experience of their favorite show, but the goal is also for them to leave feeling satisfied by the meal they had. 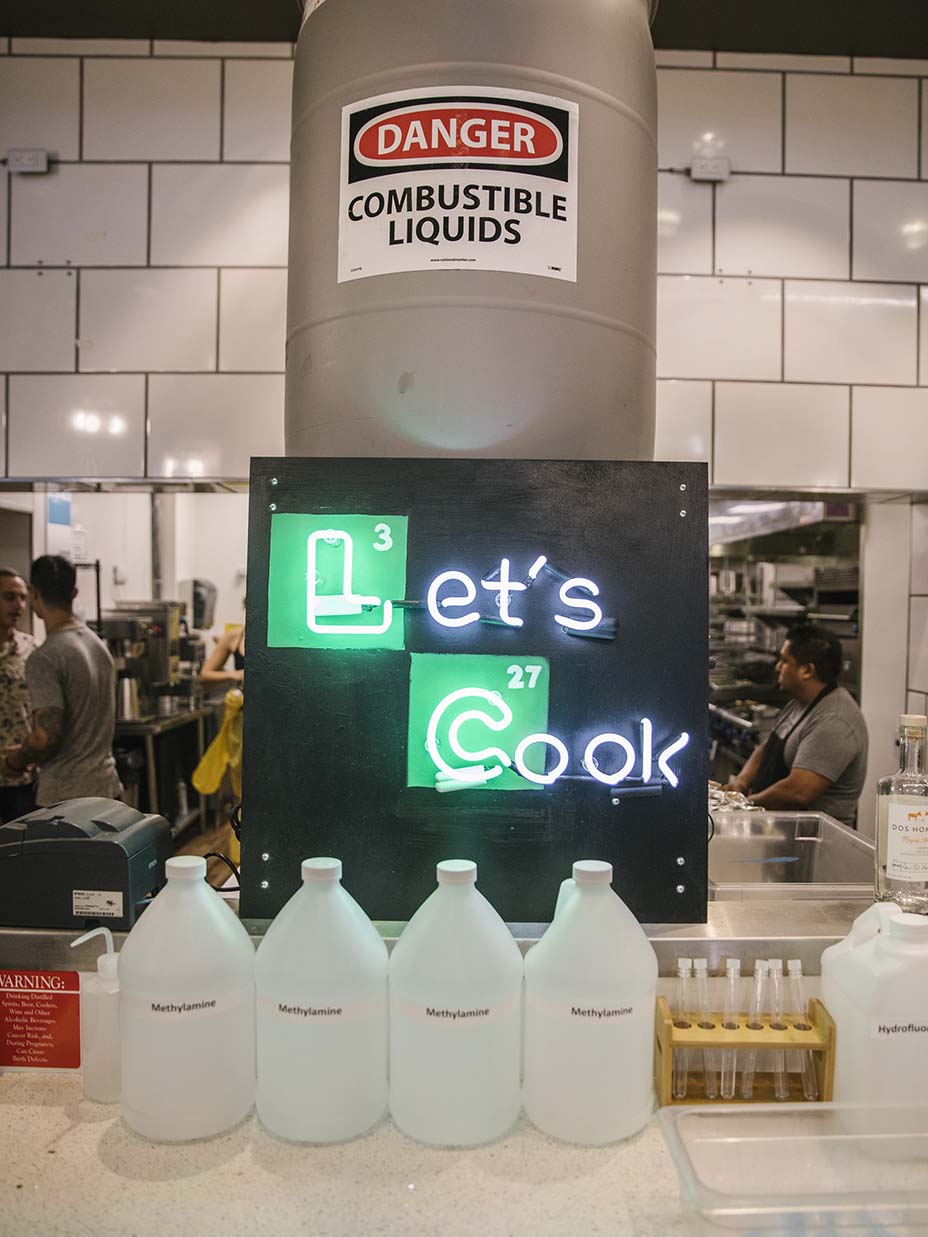 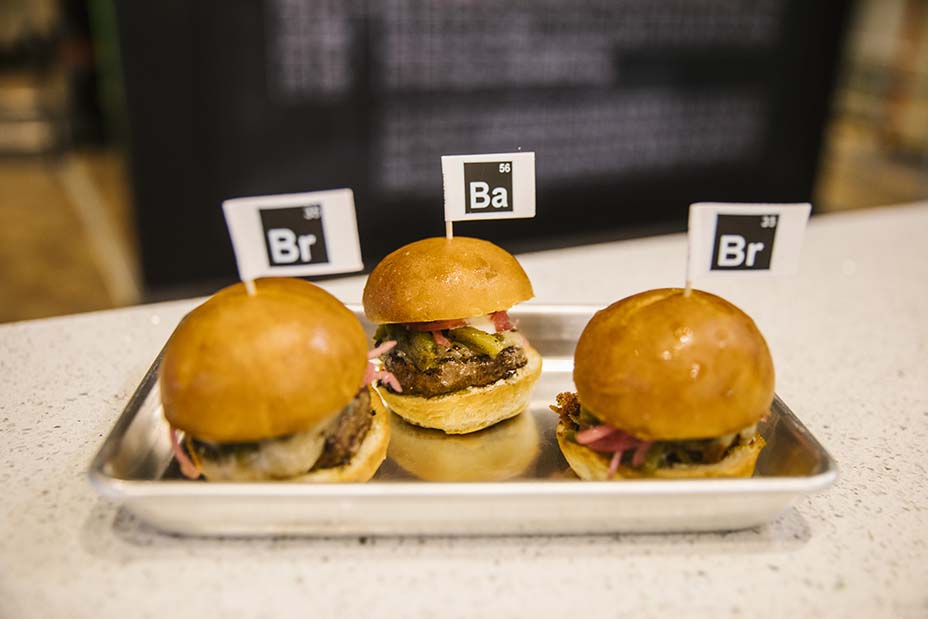 The ultimate post-dining experience may be watching El Camino: A Breaking Bad Movie, currently streaming on Netflix. Written and directed by Gilligan, the story follows Jesse Pinkman after the events from the show’s finale, when he’s a wanted man on the run.

Tickets to the Breaking Bad Experience are offered here. General admission costs $30.00 and includes up to 90 minutes inside, and one food and drink item. Until January, the restaurant is open Tuesdays through Sundays from 4 p.m. to 10 p.m. 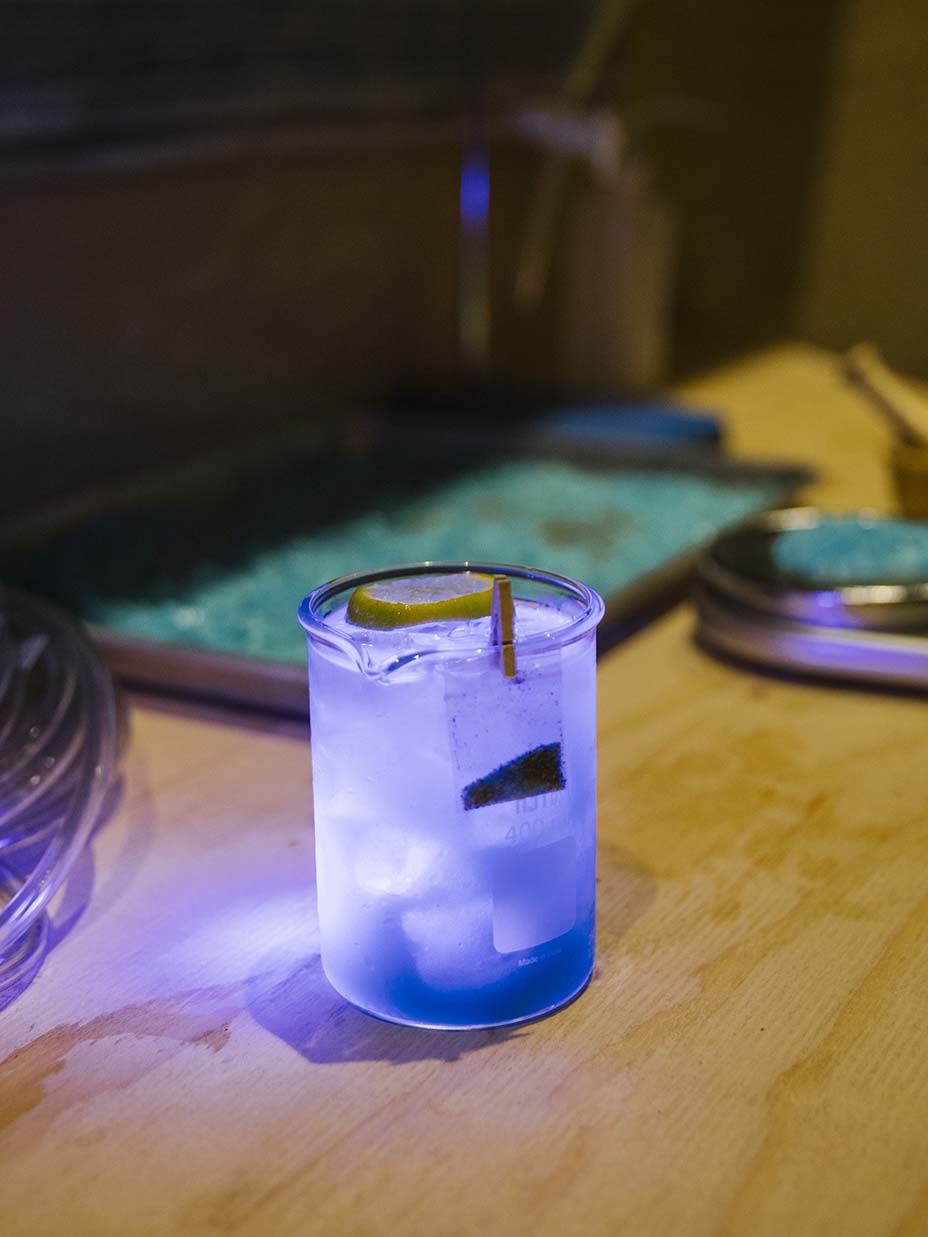