Special is getting a supersized farewell.

The previously announced second season of Netflix’s Emmy-nominated shortform comedy will grow from 15-minute to half-hour episodes for what will be its final round of eight episodes when it returns May 20.

The semiautobiographical series, which counts Big Bang Theory’s Jim Parsons as an exec producer, earned four Emmy nominations in the shortform categories. The expanded episodes also afforded O’Connell the ability to open up a writers room for season two of the comedy about a gay man with mild cerebral palsy who decides to rewrite his own identity. O’Connell previously wrote and exec produced all eight episodes of season one.

O’Connell, who was vocal about wanting to expand to the more traditional half-hour running time, says the decision was made by Netflix to end Special with season two. The streamer traditionally measures its internal viewing metrics vs. the cost of doing additional seasons. (Netflix, like other streamers, does not disclose traditional viewership data.)

Special is based on O’Connell’s book I’m Special: And Other Lies We Tell Ourselves and hails from Warner Horizon Scripted Television and the studio’s digital-focused Stage 13 banner. Parsons and his That’s Wonderful Productions partner (and husband) Todd Spiewak exec produce alongside the company’s Eric Norsoph. Anna Dokoza also exec produces the series, which is produced by Campfire. Jessica Hecht and Punam Patel co-star in Special and will return for season two, which to hear O’Connell tell it, will lean more into the latter’s character.

The decision to wrap Special with season two is not unprecedented. Netflix previously renewed low-budget comedy Trinkets for a second and final season. The streamer did the same in December for comedy Feel Good. Few of Netflix’s scripted originals make it beyond three or four seasons, as deals for dramas and comedies become more expensive with each passing year.

As for Special, season two will pick up two months after the freshman season took place with Ryan dealing with a case of writer’s block and still not speaking to his mother (Hecht). Season two will also follow Patel’s Kim, who regains control of her finances and personal life.

Below, O’Connell speaks with THR about bringing Special to a close and how the double running time opened the door make the show exactly what he wanted. 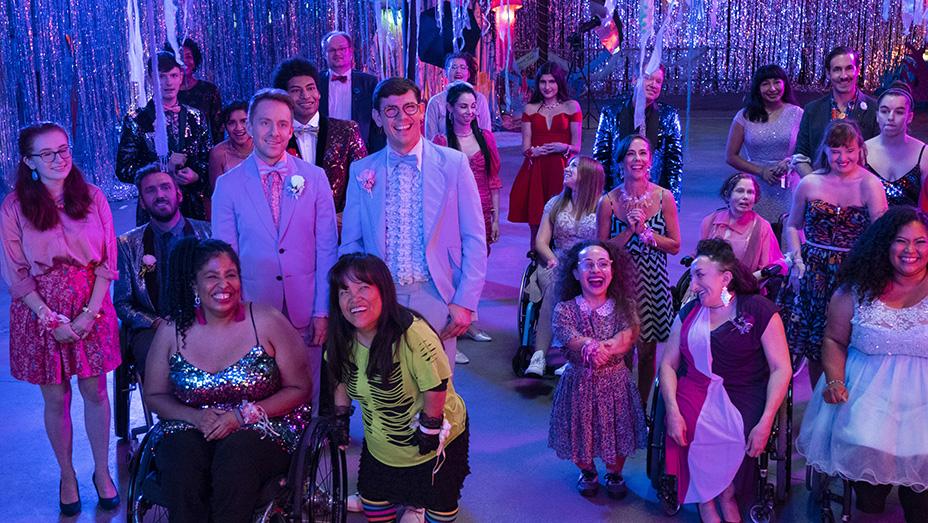 What went into the decision? Was this your decision to end?

It would surprise no one that it wasn’t my decision. (Laughing.) Netflix told me pretty early on that it was going to be the final season and I appreciated that because I was able to craft a season that felt very much like a final season. The story will feel complete.

Why did Netflix say Special would only come back for one more season?

We’re renewed and canceled; we’re renancled! I don’t know what the decision was; I assume it’s because we didn’t make them money?! (Laughing.) I came to Netflix and was very upfront about that I didn’t want to do a second season that was 15 minutes long. It was too hard creatively for season one. I wanted to build out the character of Kim and give her her own storyline. I said season two is 30 minutes or bust and to Netflix’s credit, they were game. Creatively, they’ve been dream partners and [let me] make exactly the show that I wanted to make. I’d rather make two seasons of television that are exactly my vision rather than four seasons where I felt like I was making creative compromises. I feel very fortunate for that.

Did Netflix’s executive change from Cindy Holland to Bela Bajaria impact Special at all?

How did knowing this was the final season impact the storylines you had planned?

I’m always firm believer in leaving a party early. For me, three seasons was chef’s-kiss gorgeous. I’ve always imagined this as a three-season show. Season two, things got sped up a bit but it doesn’t feel like it. It does feel complete. But I didn’t hold anything back. It really made me feel creatively emboldened to do exactly what I wanted to do. Netflix was always DTF with whatever I wanted to do.

The renewal in 2019 came eight months after the first season debuted. What caused the delayed pickup?

I refused to do 15-minute episodes, we had to do a brand-new deal. That’s why it took longer. Even though the show was made for next to nothing, season two cost more money, so they had to consider those finances. Maybe if I stayed with 15-minue [episodes] I would have gotten four seasons. But I don’t have any regrets because I felt so free creatively with 30-minute episodes.

I mean, technically it’s three seasons’ worth of show — you just get seasons two and three in one eight-episode, 30-minute season.

That’s a positive remix and I love that! Maybe I should look at it that way instead! (Laughing.)

You wrote all of season one solo and also served as showrunner. And now, as you’d hoped, the episodes have doubled in run time to 30 minutes. How did that change how you approached season two? Did you open a writers room?

We had a writers room. It was pretty pared down; including the writers assistant, it was five people — including me. It was incredible because I got to be around gay men and women all day, which is my version of heroin. It made the whole process that much easier because I was surrounded by people whose opinions I trusted. They elevated the show. Even the ending of the series, which I won’t spoil, wasn’t my idea; it came from my co-exec producer. It was a lightbulb moment. I’m a collaborative diva and into feeding off of other people’s ideas. It was a tremendous help having other people to collaborate with.

How did the extra run time change the series behind the scenes?

My journey with Special has been like, “I’m not an actor, that’s impossible.” And then I’m starring in my show. It’s been me, realizing deep down that I’ve always wanted to perform but I never gave myself permission to want this. When I heard we were going to get renewed, my brain immediately went to, “I need to find a co-showrunner.” I remember the producers were like, “Are you sure?” I didn’t think I could do this by myself. A few days later, I realized that idea was insane. I wrote season one by myself. I realized I can do this and showrun in season two. It was another moment of me learning to lean into my power. Rather than being worried about taking up too much space. I felt really empowered the whole time.

And how did it impact the stories you were able to tell onscreen?

It’s all about Kim! Punam Patel is a fucking star and my muse. I really felt she got the shortform end of the stick, if you will, in season one. She was there as my emotional cheerleader [onscreen]. It felt like season one was constrained to Ryan and Ryan’s mom Karen’s (Hecht), journey. I couldn’t dive into Kim’s story the way I wanted to. And the big mandate for season two was building out a story for Kim. It felt more like an ensemble show than season one felt, and that was exciting because now I feel like I did a service to these characters and gave them amazing stuff to do.

How did filming during the pandemic change the show?

Zero out of 10, would not recommend a global pandemic shutting your show down. (Laughs.) We had the first four episodes shot and were prepping the second block when we got shut down. If we had gotten shut down earlier, we would have had four unfinished episodes and nothing to edit and it would have been a total nightmare. I spent the first few months of the pandemic in post getting those episodes done, which made me feel less out of control and hopeless because things were getting done. We went back to production in September. I’ve been so locked down the entire pandemic: I didn’t see anyone or go anywhere. I was freaked out. And I went from that to like 40 people touching my face. I felt very safe, though. It was the one time I didn’t mind that we had no money, it worked in our favor because it was a very intimate crew and vibe.

The season is returning in May. What’s next for you after Special?

I wrote a novel and I’m doing edits on that. I’ve sold some shows and am waiting to hear back about the fate of those things. I’m excited; there’s some cool things happening. But who the fuck knows about anything!