Skip to main content
September 25, 2017 10:00am
Logo text
[Warning: This story contains spoilers from the first two episodes of Star Trek: Discovery.]
With the beginning of Star Trek: Discovery came the return of many things that are very familiar to the franchise’s most die-hard fans. Though Discovery is set ten years before the start of the original Star Trek series, producers on the CBS All Access drama have paid special attention to the details Trekkies will be looking for as they immerse themselves in this new iteration.
That starts with the introduction of characters like Ambassador Sarek (James Frain), who happens to be the father of original series character Spock (Leonard Nimoy), and a younger version of Harry Mudd (Rainn Wilson), who appeared on that same show. But those two castings are just the beginning. After watching the two-part series premiere, THR compiled the most notable references to other versions of Star Trek.
5. The Sounds
From the moment First Officer Michael Burnham (Sonequa Martin-Green) steps onto the bridge of the USS Shenzhou, one small but incredibly important detail was very apparent. The ambient noise in the bridge, comprising various computers and sensors, sounds very familiar to what was heard on the original series. While not a direct replica of the ambient noise from that show, closely mimicking goes a long way in bringing longtime fans back to the feel of the series.
6. The Vulcan Nerve Pinch
The Vulcan nerve pinch has a long history in the Star Trek universe, after first being used by Spock (Leonard Nimoy) in the original series. It has since appeared throughout various incarnations of Star Trek, both on TV and in film. While non-Vulcans have used the technique before, it is a rarity. That said, as a human raised by Vulcans, it makes sense that Burnham would have a comprehensive understanding of the maneuver. 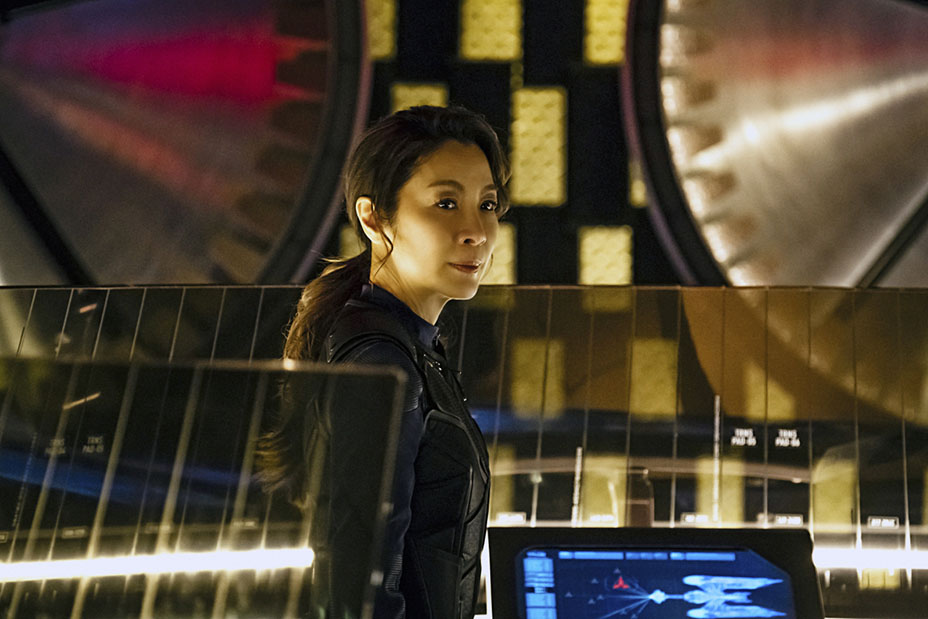 7. The Hidden Easter Egg
While some of the references to the larger Star Trek universe were more obvious, that didn’t stop producers from also hiding smaller nods in the background. Take Captain Georgiou’s (Michelle Yeoh) ready room, for instance. In the room a bottle of Chateau Picard wine can be found, according to TV Guide.
While this is an actual real-world wine, it also has ties to Star Trek: The Next Generation’s Captain Jean-Luc Picard (Patrick Stewart). It is revealed in that series that Picard comes from a family of winemakers dating back to before his birth, making this particular bottle of wine canon-compliant.
With so much history to explore, don’t expect the references to other versions of Star Trek to stop anytime soon. As a prequel, Discovery is heading toward an end that fans already know — the world that exists at the beginning of the original series. It would surprise few if the show’s producers continue to introduce elements of the canon, big and small, to help structure the universe they are building toward.

Can CBS Change the Streaming Game With 'Star Trek: Discovery'?