Skip to main content
February 11, 2018 6:30pm
Logo text
[This story contains spoilers from the Jan. 14 episode of Star Trek: Discovery, “Will You Take My Hand?”]
With its season one finale, CBS All Access’ Star Trek: Discovery managed to boldly go somewhere very familiar to the beloved franchise. On a journey to Vulcan to pick up the ship’s new captain, the crew of the Discovery encountered the USS Enterprise — otherwise known as the ship that will eventually be captained by James T. Kirk that currently counts Spock among its ranks.
The decision to introduce the Enterprise was one that came early in the season and, to hear Aaron Harberts and Gretchen J. Berg tell it, a plot reveal that came after former showrunner Bryan Fuller was asked to step down in October 2016. “Bryan wasn’t involved with this part. It definitely came later in the evolution,” co-showrunner and executive producer Harberts tells The Hollywood Reporter. “As we were charting out this season and what we wanted to do next season, we thought, ‘Let’s tell this story now.'”
That story, which co-showrunner and executive producer Berg likens to the “elephant in the room,” finds Michael Burnham (Sonequa Martin-Green) and Sarek (James Frain) on one ship, while Spock — Sarek’s son and Burnham’s adoptive brother — is on the other. “You would have to have some sort of acknowledgment and interaction with this other ship and its inhabitants out there,” she says. “But our show is called Discovery and our main focus is always going to be on the people on Discovery. But we’re also living within the canon that is the entire Star Trek universe.” 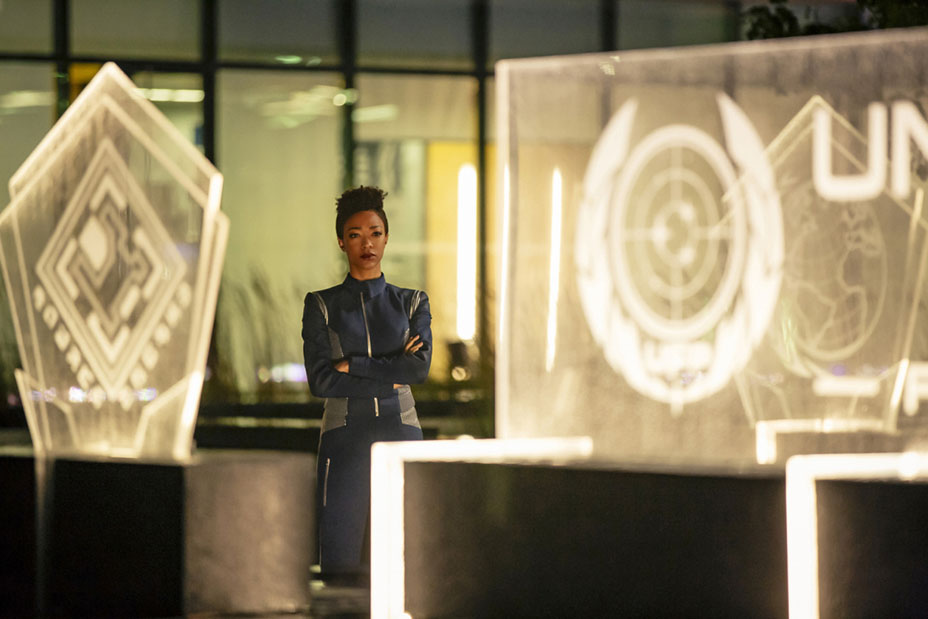 The producers are careful to say that simply encountering the Enterprise doesn’t mean that viewers will meet the ship’s passengers. “We certainly aren’t confirming that we’re even going to introduce Spock and we certainly are not casting that role, either,” Harberts says. “We live a lot in memory and flashback. The center of our show is always Michael Burnham.” However, Berg and Harberts — who were longtime Fuller collaborators and worked with him on Pushing Daisies and Wonderfalls — aren’t totally ruling out bringing Spock into the fray on a show where anything is possible.
“[W]e realize how incredible Leonard Nimoy and Zachary Quinto’s performances were and what [Star Trek movie director] J.J. Abrams and the original series were able to pull off with that character,” Harberts says. “Finding another actor that could even come close to what Leonard Nimoy did with the original portrayal, we’d never want to go down that road.”
Still, whatever happens with the Enterprise next season, the duo stress that it won’t involve the war between the Klingons and the Federation, which ended rather quietly during Sunday’s season one finale. While the first season contained a number of battles set in space, it was an agreement between two characters — Burnham and Klingon L’Rell (Mary Chieffo) — that resulted in a peaceful conclusion.

Did 'Star Trek: Discovery' Just Kill Off Its Leading Man?

“When we went on the journey of getting to know all of these characters personally, it seemed to naturally and organically become satisfying that it boils down to our key players,” Berg explains. Adds Harberts: “When the audience talks about wanting to get back to the original mission of Star Trek — the original thesis statement of what Gene Roddenberry was all about — it seemed apt that people needed to use their hearts and minds to achieve this goal, rather than just some sort of all-out battle.”
“The one thing we did inherit [from Fuller’s original vision] was this war. When we came into the show, that was season one,” Harberts says. “We moved through that inherited storyline the way we wanted to and ended it the way we wanted to.”
Sunday’s finale also provides a way to write Michelle Yeoh’s Philippa Georgiou out of the story — at least for now. As part of a bargain with Burnham, the mirror universe version of the former Starfleet captain set off on her own. Chances are viewers haven’t seen the last of the character, though. 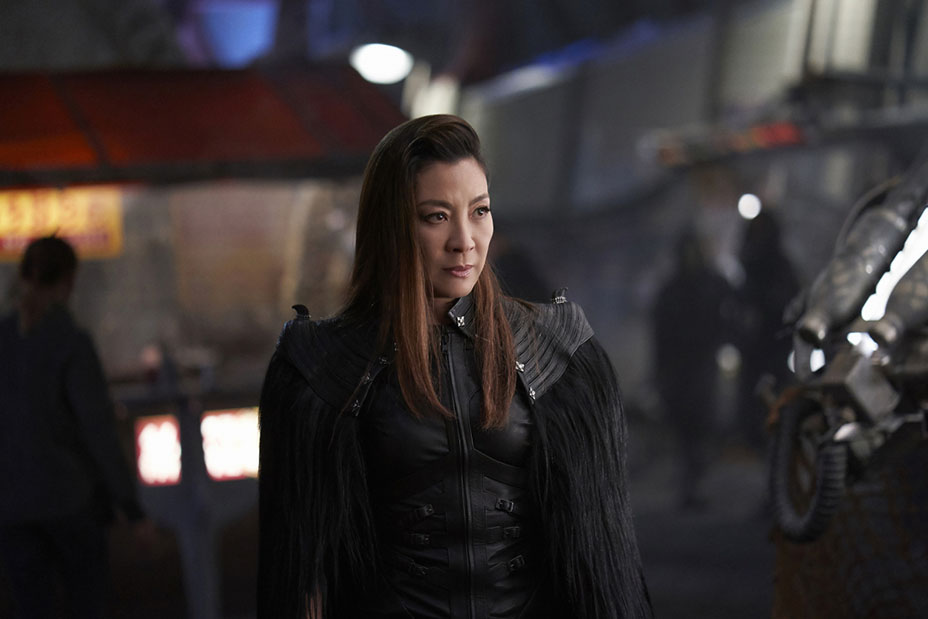 “You won’t find a single person on our writing staff or on our production who isn’t a massive fan of Michelle Yeoh — we adore her,” Berg says. “We want her coming back just as much as everybody watching the show does, so I would say keep watching.”
As for where the CBS All Access drama goes next, do not expect another war. “There has to be some soul-searching and some nurturing and looking toward a bit of a new day and a new light,” Berg says. “We knew that we couldn’t do season two [as] the next war and we didn’t want to.”
For Burnham, who has now been reinstated to Starfleet with her record as a mutineer expunged, she will have to examine her life’s choices. “I think season two is all about now forcing Michael to question certain assumptions that she has always lived by, certain elements of her persona that she has never questioned before. We are excited about the possibility of exploring the battle between science and spirituality in season two.”

Viewers are going to have a while to wait before they can see Burnham answer those questions, though. While it has yet to be announced when the show would return, executive producer Alex Kurtzman previously told THR that season two of Star Trek: Discovery would ideally premiere on CBS All Access in 2019.