Skip to main content
September 19, 2017 10:00am
Logo text
Space is again the final frontier as Star Trek returns to the small screen for the first time since Enterprise ended its run in 2005.
The CBS All Access series will introduce the crew of a new starship — the USS Shenzhou (at least to start) — and their continuing adventures as they boldly go where few have gone before.
To be sure, Discovery is plotting a game-changing new course. In addition to running on a digital platform, Discovery marks the first time a Star Trek series has been led by a woman of color as well as someone who isn’t captain of the ship with The Walking Dead grad Sonequa Martin-Green having that distinction in her role as First Officer Michael Burnham. What’s more, Discovery picks up at a time of rising tensions between Starfleet and the Klingon race.
Unlike the J.J. Abrams feature films, Discovery takes place in the prime timeline of the original Star Trek series and is set 10 years before Capt. James T. Kirk (William Shatner) voyaged into the unknown. So while there will be familiar characters, the new incarnation will introduce a number of new faces into the Star Trek canon.

Can CBS Change the Streaming Game With 'Star Trek: Discovery'?

So before going warp speed with Discovery when it takes off Sept. 24 on CBS, THR rounds up a guide to the show’s new Starfleet. 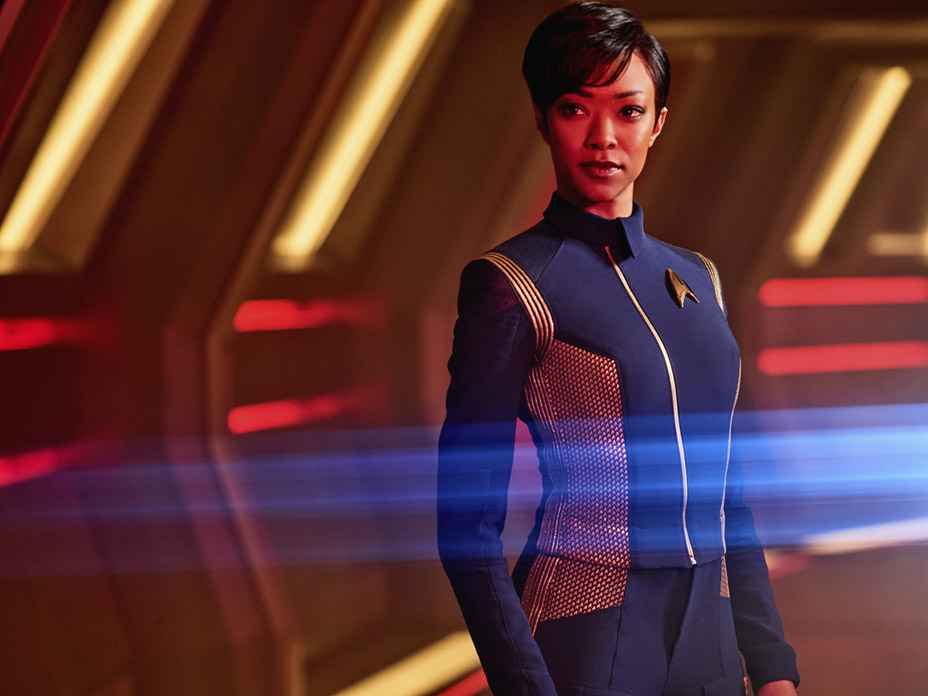 First Officer Michael Burnham (Sonequa Martin-Green)
After leaving The Walking Dead, Martin-Green takes on Discovery’s lead role as the second-in-command of the USS Shenzhou, where she has served under Captain Philippa Georgiou (Michelle Yeoh) for seven years. Michael is an interesting character for the series to tackle because of her connection to the Star Trek canon. After her parents were killed in an attack by Klingons, Michael was taken in as a child by Vulcan Ambassador Sarek (James Frain), whom Trekkies know as Spock’s (Leonard Nimoy) father. Her connection to Sarek — and Vulcans in general — greatly informed the person she became as she remains in contact with her surrogate father. What’s less clear is how Spock fits into the picture. A sister is never mentioned in the franchise’s canon.
Capt. Philippa Georgiou (Michelle Yeoh)
Georgiou is a veteran starship captain, who has seen the best and worst during her travels throughout the galaxy. The character also cares deeply for Michael, her first officer aboard the USS Shenzhou. At San Diego Comic-Con, Martin-Green described their dynamic as “similar to a mother and daughter.” 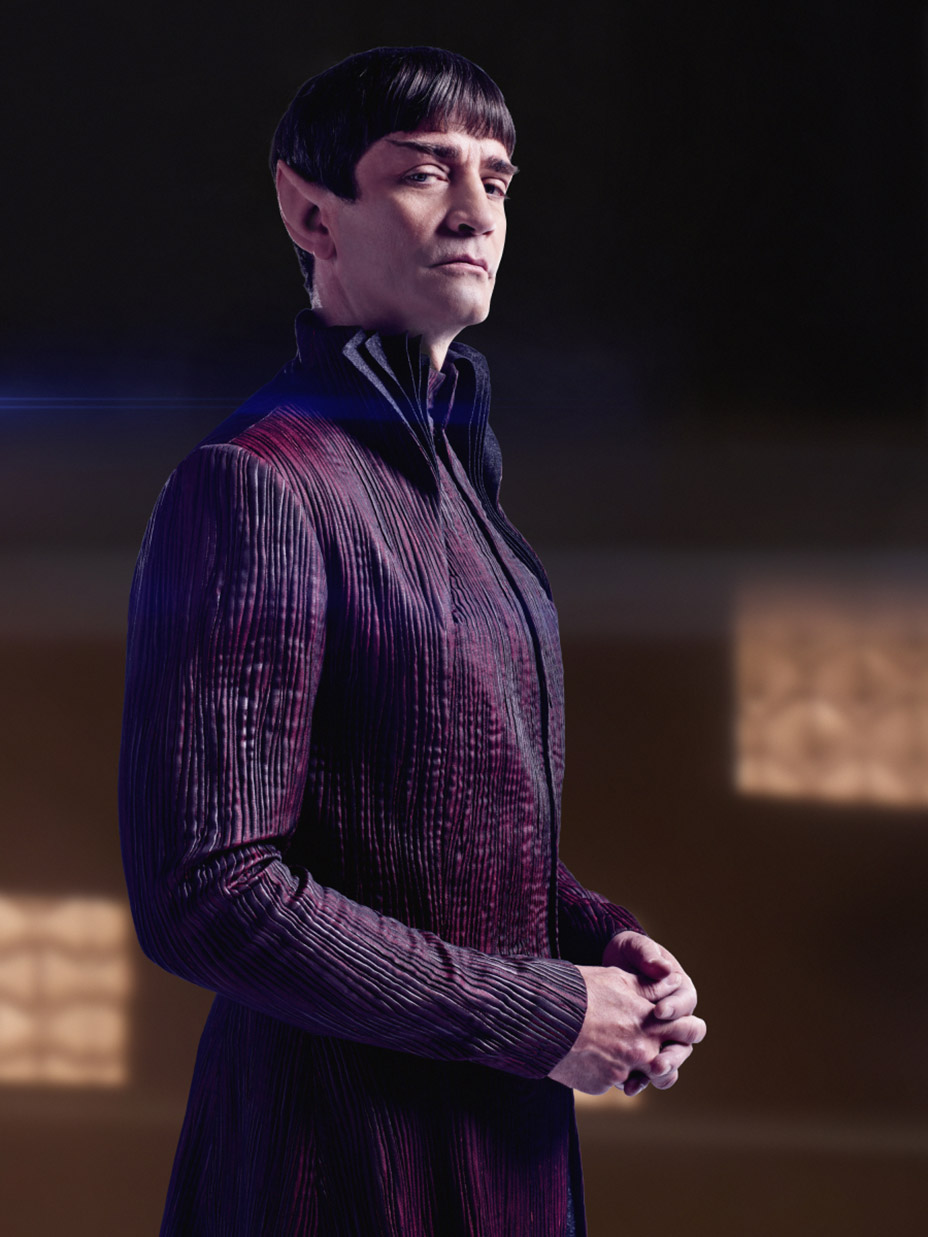 Sarek (James Frain)
Stepping into the role originated by Mark Lenard in the original series, Frain plays a younger version of Sarek than Trekkies have seen before. As the adopted father and mentor of Michael, he helps guide her on her journey as a Starfleet officer — though he does so from a distance. Rather than being on the USS Shenzhou, Sarek uses hologram communication to remain in contact with his daughter. What’s unknown, however, is how Spock’s human wife Amanda will fit in. Former showrunner Bryan Fuller — whose outline was used for season one of Discovery after his departure — said the character could play a role in the series at some point.
Science Officer Paul Stamets (Anthony Rapp)
Stamets will be the first openly gay character introduced in the Star Trek TV universe. The science officer is in a relationship with a fellow Starfleet officer Hugh Culber (Wilson Cruz, who also spent time in Rent.) Rapp has said that Stamets and Culber’s relationship will be explored, including their home life. 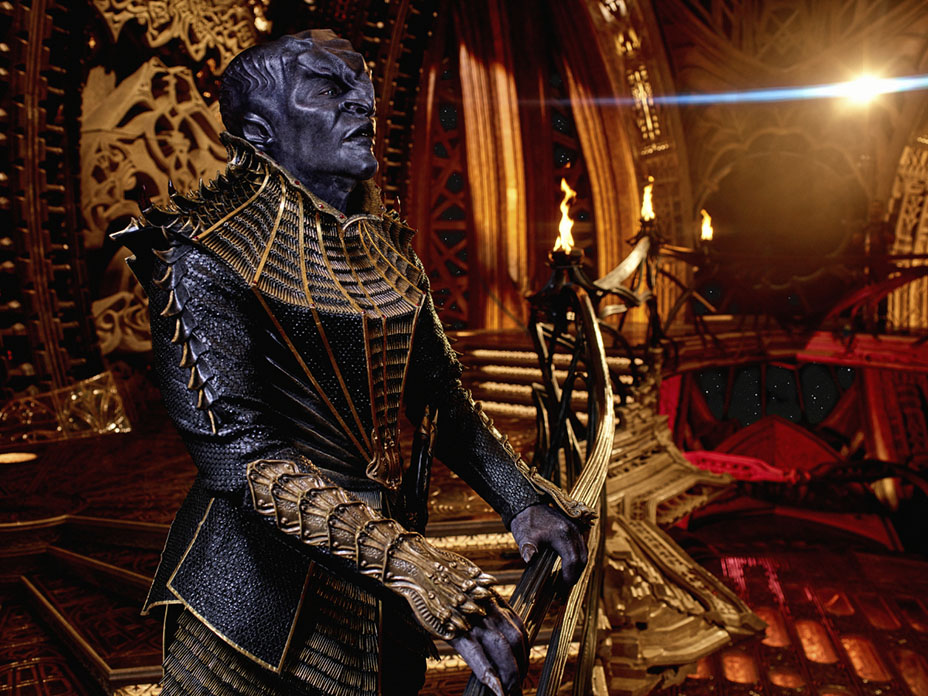 T’Kuvma (Chris Obi)
With relations between Starfleet and the Klingons in a precarious place, T’Kuvma is a name viewers will want to remember. In a bid to strengthen his species, the leader of his Klingon house wants to unite his entire race under one banner. While it remains to be seen how far T’Kuvma will go for his cause, a promo for the series makes it sound like he’s ready to die in a battle against Starfleet. “They are coming,” he says. “Atom by atom they will silence us. Cell by cell, our souls shall become theirs. We must fight for one thing above all: To remain Klingon.”

Science Officer Saru (Doug Jones)
Saru is notable as a new alien species created for Discovery. He’s the first of his kind, the Kelpien, to enter Starfleet. After being hunted as prey on their home world, Saru’s kind developed an ability to sense death.
Capt. Gabriel Lorca (Jason Isaacs)
Lorca is another captain, in addition to Georgiou, who will be featured on Discovery. He captains the USS Discovery, with the actor noting that Lorca is “probably more fucked up” than any other captain seen in the Star Trek universe. As seen in the trailer, Lorca claims it was Michael who helped start the conflict between Starfleet and the Klingons.