Making Star Trek: Discovery the earliest chronological installment of the franchise provides a galaxy of possibilities and questions. The biggest among them: What happens to the eponymous USS Discovery that does not make the revolutionary science vessel prominent in any future installments?

“Calypso,” the newest episode of the Short Treks companion series, has provided an answer, as it appears the revolutionary spacecraft was left abandoned in space, awaiting a crew that will never return.

“Calypso” takes place more than 1,000 years after the action of Discovery. Like Short Treks’ previous installment, the action on this episode occurs entirely on the ship. But fans would be remiss to find any similarities between the Discovery of the past and future.

It’s been deserted to the recesses of the cosmos for more than a millennium, the only voice filling the hallways from the ship’s computer system, Zora (voiced by Annabelle Wallis). Enter Craft (Aldis Hodge), a wayward soldier who wakes up in the sick bay after fleeing in an escape pod from a decade of war. Over 15 minutes, we see Craft and Zora’s uneasy introduction turn to friendship and then attraction, before a reminder of home sends him off to embrace his family and leave the Discovery vacated once more.

Pulitzer Prize winner Michael Chabon, who wrote “Calypso” along with Discovery staff writer Sean Cochran, wanted to base it on something from our distant past, despite the story taking place in the distant future.

“I started thinking about The Odyssey and the story of Odysseus landing on the Isle of Calypso,” Chabon tells The Hollywood Reporter. “He’s been out wandering for a long time, and she takes him in and falls in love with him. He’s been traumatized and is now just trying to get home, but has this strange magical interlude on the way.”

What we know about the analogous war in “Calypso” is far from the detail of the Trojan War in Chabon’s source material. Craft comes from Alcor IV, a new planet in Star Trek canon that features a rapidly dwindling human minority under the thumb of an enemy called the Bo’Dresh. The ambiguity of the war opens up various scenarios as to the scale of the fighting and parties involved, as well as addressing the possibility of the always-tenuous Klingon-Starfleet relationship once again souring. But no matter who Craft is fighting, it’s clear his mental state has been affected by the time he walks the dusty bridge of the Discovery.

“Some soldiers are treated as inhumanely as possible,” says Hodge, who pulled from the Marine experience of both of his parents to prepare for the role. “You’re not trained to be human; you’re trained to be a machine. Your training is to remove all emotional context so you can react as a weapon. For him, he’s been treated as such a tool or machine throughout this war for so long, that’s all he knows.” 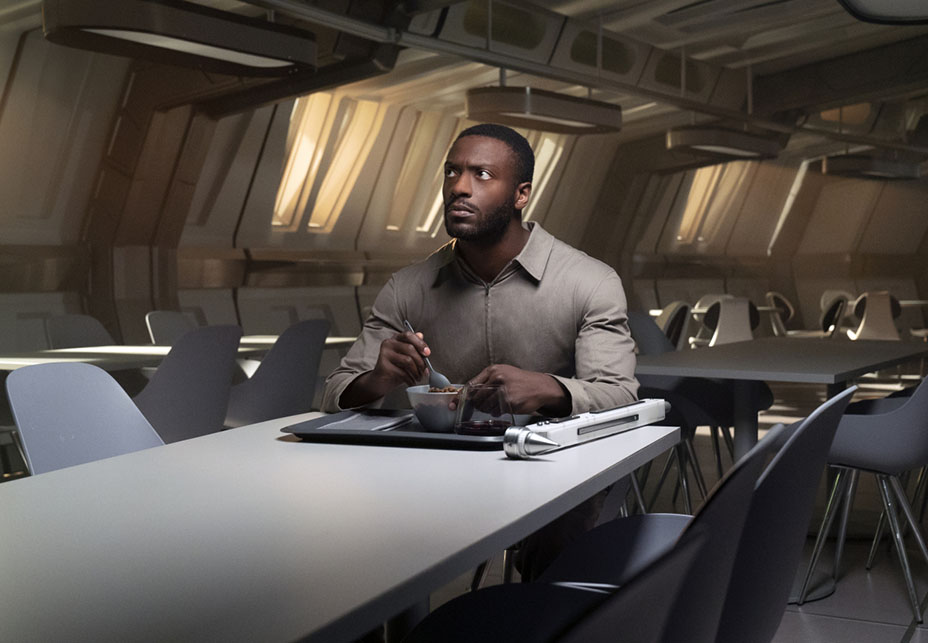 It seems only natural, then, that a man trained to be a machine would pair so nicely with a machine that could pass as a person. Zora looks to be one of the most advanced forms of artificial intelligence in the franchise’s history. Though Trek fans have watched mechanical magnificence manifest itself in other ways in the past, most notably the android character of Data from Star Trek: The Next Generation, Zora seems different. According to Chabon, her behavior only comes as a consequence of 1,000 years of solitude.

“I wanted her predicament to be poignant and acute,” he says, “for us to understand what she understands. They aren’t coming back, but as incredibly intelligent as she is, she still has her orders. Once I had that framework in there, the idea was, ‘What’s she been doing all this time?’ I imagined she had been upgrading herself continuously and increasing her sentience and humanity. It took 1,000 years of complete solitude and leisure for her to improve herself to this state where she’s essentially fully human.”

It’s a marked advancement, even by the standard set by Data. Zora is an entirely built personality that happens to embody an entire ship. She has a sense of humor, something which gets her off on a playful foot with Craft. She’s able to lie and displays ulterior motives when she insists to Craft that she does not have the means to send him back home. Perhaps most importantly, she can dream, as shown with her obsession over the 1957 Fred Astaire-Audrey Hepburn film Funny Face. That, and frequent references to the cartoon Betty Boop, which torments Craft in his pod tenure, serve as rare 20th century pop-culture touchstones for the show.

“There was something so surreal about it,” Chabon explains about his choice of content. “I knew I wanted to have him be watching something utterly incomprehensible to him, like he’s been condemned to a movie he can’t understand.”

Zora’s love for what Craft calls “the long ago” comes to a climax near the end of the piece. Now decked out in period outfits, Craft meets spacecraft as they perform a notable dance number from Funny Face. The human and hologram light up the dark halls of Discovery, ending their pas de deux in a passionate position.

“You want to be able to get the point across as quickly as possible,” Chabon says. “When you’re trying to show mutual attraction, whether it’s sexual or emotional, nothing says that faster than two people dancing beautifully together. [You] take that thing and recontextualize it in a way that seems new and interesting. To have them dancing on the deck of the spaceship Discovery, you get this incongruity. It startles the viewer into a new appreciation of what they’re looking at.”

The sequence also startles Craft out of his reverie, as a flash from home reminds him why he needs to go back. Before setting out on the next leg of his odyssey, Craft muses, “I don’t know where you are, or exactly what you are. But I know you saved my life and healed my body. You reminded me what it means to be human.”

Though Zora lampshades the irony in his final words, it speaks volumes as to “Calypso’s” statement on artificial intelligence. In a time where machine learning is increasingly at the forefront of scientific discussion, it’s understandable to think ahead. 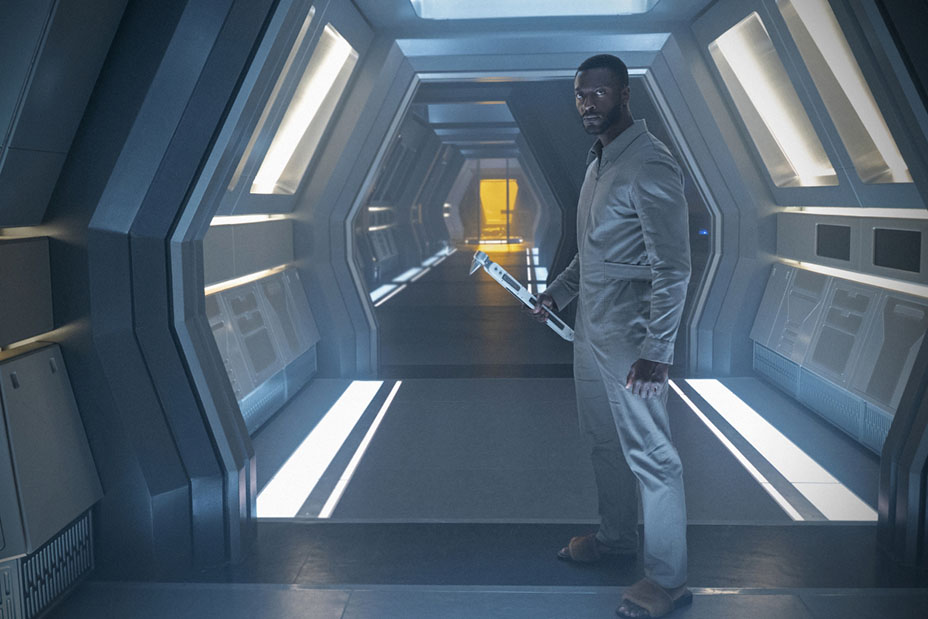 “For him to be treated humanely from this entity that’s not even human, what does that mean in this timeline?” Hodge asks. “Has AI now adapted human capabilities and emotion far beyond what humans are actually capable of in this space? Because of political or cultural agenda? For him, it’s refreshing, but it’s also still confusing. This is his first human interaction, yet he’s still not with a human.”

Adds Chabon, “The characters in Star Trek, by and large, have not been seen interacting with AI. In the year 2018, we’re already so concerned with and interested in artificial intelligence and how it operates in modern society. It seems like such a strange omission. Discovery takes place early in the timeline, but by the time you get to Voyager, things must have advanced to the point where some ship would be its own crewmember on some level. It was fun to think about that and try to predict it heading that way.”