Among the talent honorees who made an appearance at the soiree, which celebrated the town’s brightest up-and-coming execs and also welcomed past Next Gen-ers, was cover star Noah Centineo (of To All the Boys I’ve Loved Before fame), along with Overlord lead Jovan Adepo and The Land breakout Jorge Lendeborg Jr.

“I feel very grateful first and foremost to be included on this list. It’s affirmation for something I’ve been working toward for 14-plus years,” said Centineo, one of four THR cover stars, who brought his father to the party (pictured below). “It’s my dad, man. We’ve been through a lot together. We’re very close so whenever something happens, I would put a lot of my success into his caretaking, the way he and my mom raised me. … It’s as much their success as it is mine.” (His father, Gregory Vincent Centineo, grabbed a few copies of Centineo’s magazine cover as the actor introduced him — “that’s my dad.”) 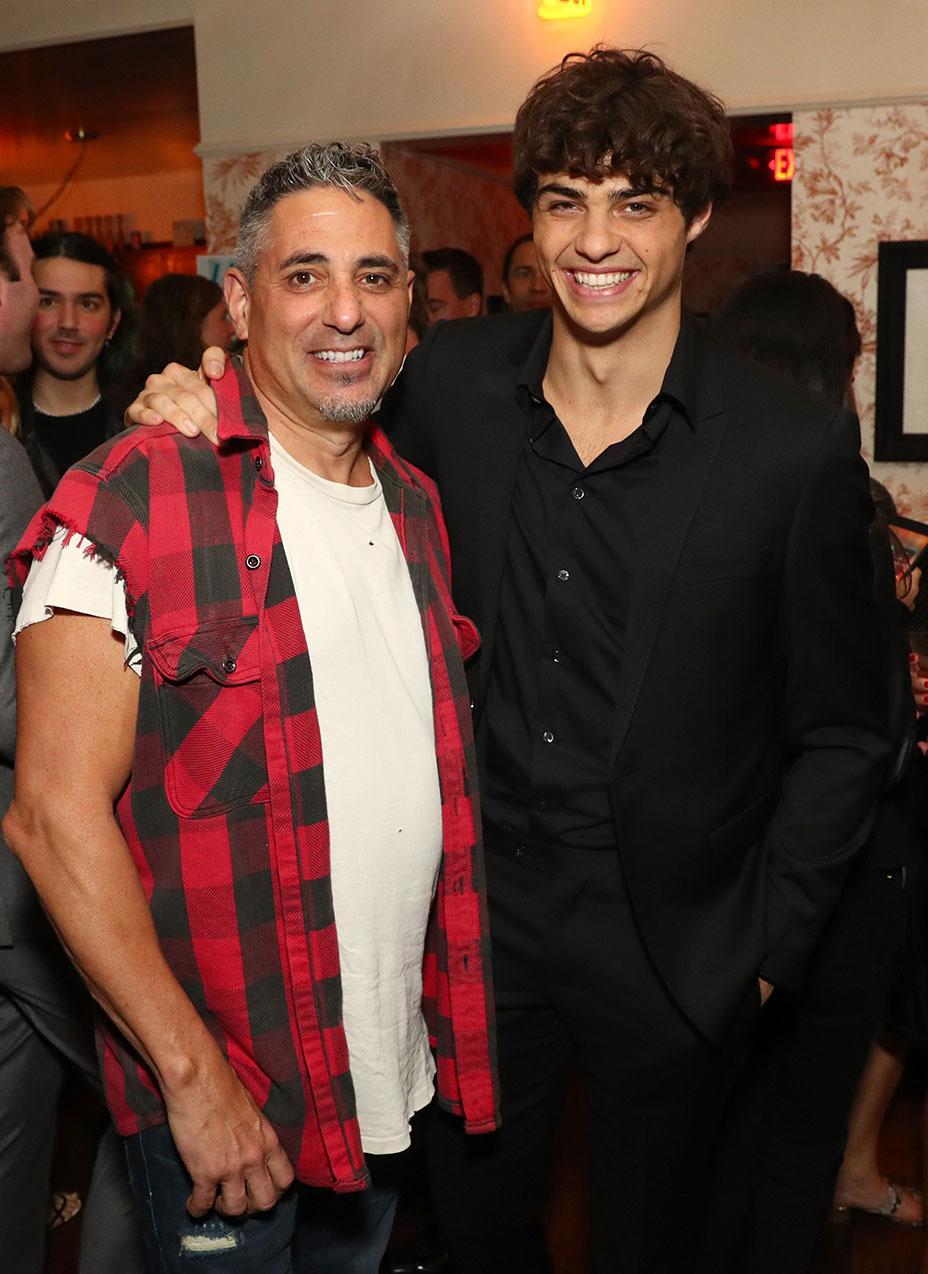 Guests mingled as they munched on fennel sausage pizzette, bacon sliders and avocado toast at the newly minted country club-style sports bar. In addition to the new stars and execs who made the list, many prominent Next Gen alumni made an appearance at the event — the first industry party to be held at the preppy H.Wood Group spot. Gabe Spitzer, Racheline Benveniste and Kim Rocque, all of Netflix, were in attendance, along with Sony vp production Bryan Smiley, lawyer Jennifer Gray and WME agent Ryan Draizin, who also brought Dad as his guest.

The party capped off a whirlwind day for many of the honorees, who spent their mornings scrolling through a flood of congratulations from family, friends and colleagues. “I think my parents bought every Hollywood Reporter in Studio City. I have done no work except for responding to emails,” said Sasha Silver, senior manager of content development at Hulu.

CNN vp original series Lizzie Fox was on a plane back from shooting in Toronto with her phone turned off, so she landed to lots of celebratory texts, while Ben Stillman, senior vp at Black Bear Pictures, said he reconnected with filmmakers he’d worked with. “I got a lot of, ‘Wow, you were really young when you produced that movie with me. I don’t know why we trusted you to do that,’ which is fun.”

But Ari Lubet’s friends learned through his profile that his wife is expecting a baby girl and that his hobbies include making ceramics and beer. “I was getting orders for pottery and beer. That was the result of what [THR‘s] Lacey [Rose] did to me,” joked the manager at 3Arts (Rose edited the Next Gen execs list alongside Rebecca Ford). “My clients were nerding out with me about beer and they didn’t realize that I brewed. Now they want to brew with me.” (One such fan was client and comic book creator Ales Kot.) 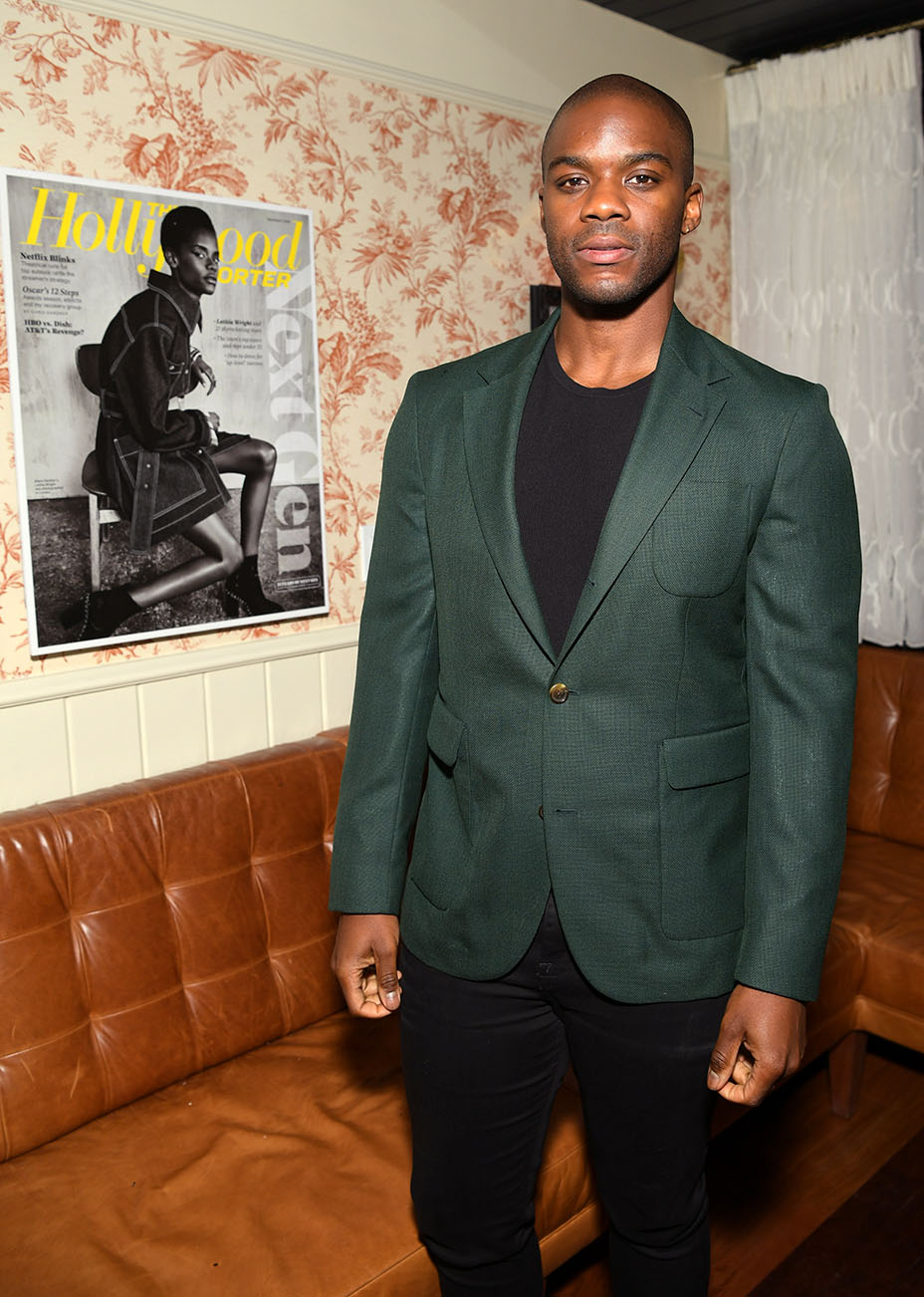 Next Gen 2018: Hollywood's Rising Executives 35 and Under

When the list-makers weren’t busy congratulating each other on their achievements, the conversation at the bash inevitably turned to politics, as industry insiders discussed the previous day’s midterm election results.

Ben Sheehan, founder of OMG WTF (Ohio, Michigan, Georgia, Wisconsin, Texas, Florida), was in Georgia on Tuesday to help with voter turnout in the Stacey Abrams gubernatorial race. “I was just in Atlanta helping to drive people to the polls, knock on doors, bring snacks to people waiting in line to vote, because there’s horrible voter suppression going on specifically in Georgia, because of the nature of the governor’s race, because of who’s running,” Sheehan said.

He said 300 people were waiting in line for three hours because only two people were checking in voters, bottlenecking the line. “It’s not the blue wave everyone was expecting, and I think racism is very real and apparent as ever,” he said.

CBS All Access’ Danny Feldheim was emotionally invested in the Florida race with Democrat Andrew Gillum conceding to Republican Ron DeSantis, but he said he hasn’t had time to check all the results given the Next Gen congratulatory messages. “I could really use an hour with MSNBC tonight,” said Feldheim, vp original content. Silver added that the House flip was “really encouraging.”

Amid the House’s blue wave, Feldheim was on one of his own, career-wise, saying, “I’m on a pretty cool wave right now and I’m just riding it out.” Christine D’Souza Gelb of Endeavor Content added of the party, “People get what we do, but don’t actually ever see it honored in a big way, because we’re always the people behind the scenes doing the work.”

Attendees touted the inclusion their generation is bringing to Hollywood. “I hope there’s more of a global awareness, a social awareness,” Centineo said. “I hope that we all normalize ambiguity and who gets to tell a story, who gets cast in a role, whether it’s directing, writing, acting in it or producing it, I want to normalize the concept of anyone from anywhere who looks any way they do to be able to tell a story.”

Ultimately the up-and-coming Next Gen-ers felt proud to be named alongside fellow leaders: “The people I’m with on this list I consider the most incredible people in the industry, so that alone has been really humbling,” Lubet said.