Starz has taken a multipronged approach to its commitment to brand itself as a purveyor of storytelling by and about women and underrepresented people.

The premium cabler is launching its #TakeTheLead initiative, which begins with revealing the results of a study it commissioned UCLA’s Center for Scholars & Storytellers to conduct. Analyzing all Starz scripted original series that aired or will air from January 2020 through December 2021 (and including shows in production as of this month), the CSS study found that Starz’s slate hit above industry averages in several categories, including:

The study also examined the network’s leadership team, finding that among everyone at the senior vice president level and above, 30.8 percent are people of color and 47.22 percent are women. The network actually gets more diverse when it comes to president and CEO Jeffrey Hirsch’s direct reports: Half of them are women of color, with women overall comprising 75 percent of Starz’s top executives. 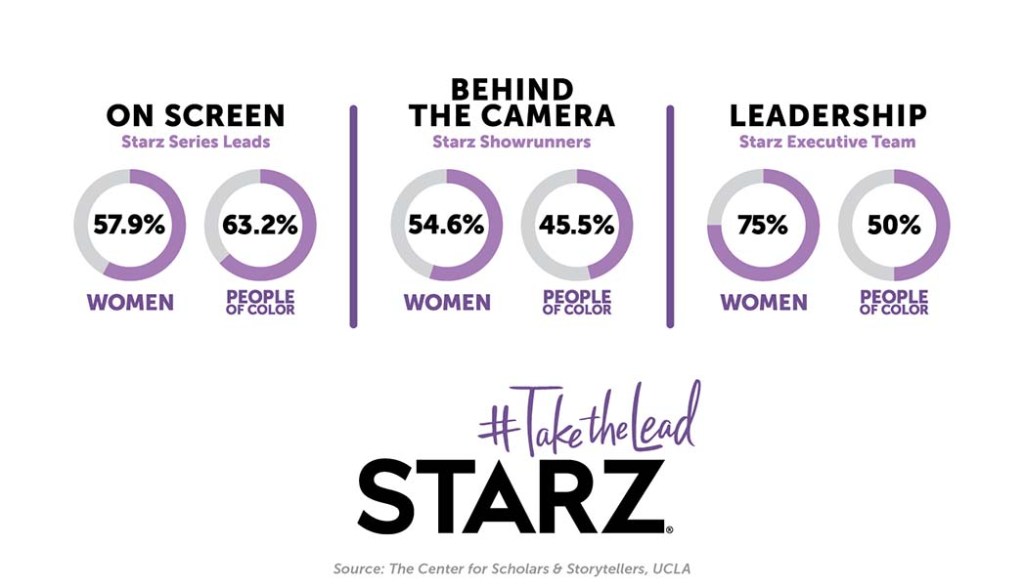 “#TakeTheLead is our continued commitment to narratives by, about and for women and underrepresented audiences,” Hirsch said in a statement. “The multi-faceted approach to improving representation serves as our guiding principle across our business from programming choices to hiring decisions… . While it is valuable to evaluate how we are measuring up against our directive, it’s even more important to identify opportunities where we can continue to further progress on our mission.”