Meet Marcc Rose. You don’t know his name, but you may know his work. In the blockbuster 2015 N.W.A biopic Straight Outta Compton, he very briefly played Tupac Shakur, a career break based in part on his physical resemblance to the late rapper. Now, Rose is reprising that portrayal in Unsolved: The Murders of Tupac and the Notorious BIG, the forthcoming USA Network true-crime anthology based on the rap legends’ respective murder investigations (the Notorious BIG is played by Wavvy Jones). 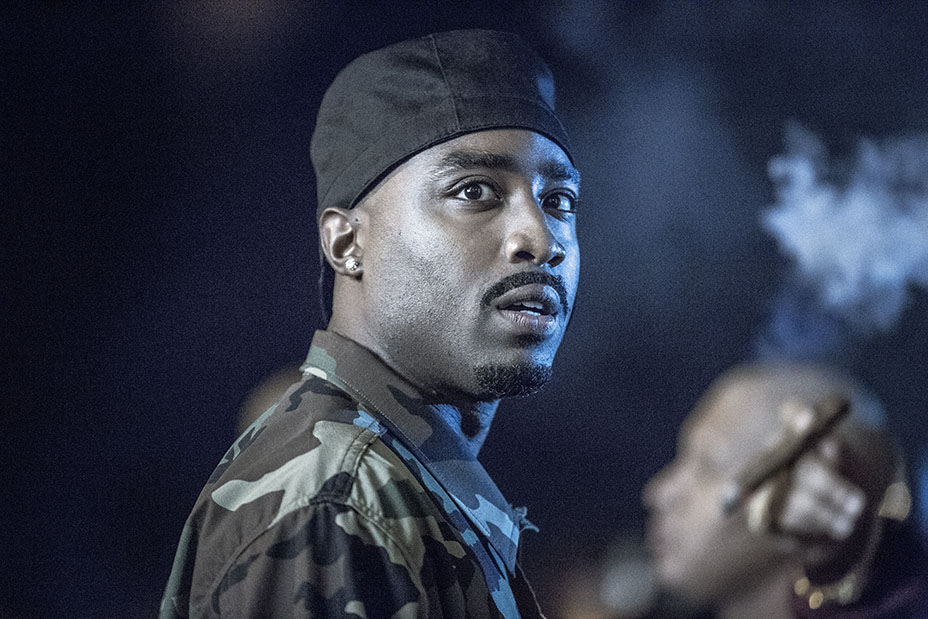 Unlike Compton, the role requires a full-fledged performance from Brooklyn native Rose, whose screen time in the 2015 film amounted to less than a minute. The actor took the challenge seriously, watching endless footage online and immersing himself in books that steered Shakur’s way of looking at the world (sample titles include Toni Morrison’s The Bluest Eye and Sun Tzu’sThe Art of War). Notably, he refrained from watching the critically maligned Tupac biopic All Eyez on Me (starring Demetrius Shipp Jr.) so as not to taint his own process.

“It was just an endless search of knowledge for me,” says Rose, who was blessed with one particularly invaluable resource during filming: Shakur’s step-brother and onetime musical collaborator Mopreme Shakur, who has been noted as an influential force on the rapper’s life.

“He was definitely vocal about a lot of things, which I’m so, so thankful and appreciative [for],” Rose says of having Mopreme on set. In the course of their many conversations, there was one anecdote that stuck with him, as it cut to the heart of the preternatural drive that helped transform Shakur into a superstar. “[He] looked at Mopreme and was like, ‘Yo, Mo, everyone’s gonna know my name,'” he recalls. “And Mopreme said he never doubted it.”

Drive is something Rose and Shakur have in common. Whereas a different individual might have been content to utilize their resemblance to a famous face to win a lookalike contest or two, Rose took it one step further, relocating to Los Angeles after hearing that several Tupac-related projects were in the works. “It was like, OK, let’s try it out. What can I lose?” he says. “Once I did that, I feel like the universe just — people started coming up to me and noticing my resemblance to ‘Pac more. And opportunities started aligning itself once that happened.” Soon after, he was cast in Compton, which went on to become a box-office hit and a genuine cultural phenomenon, grossing more than $160 million in the U.S. alone. 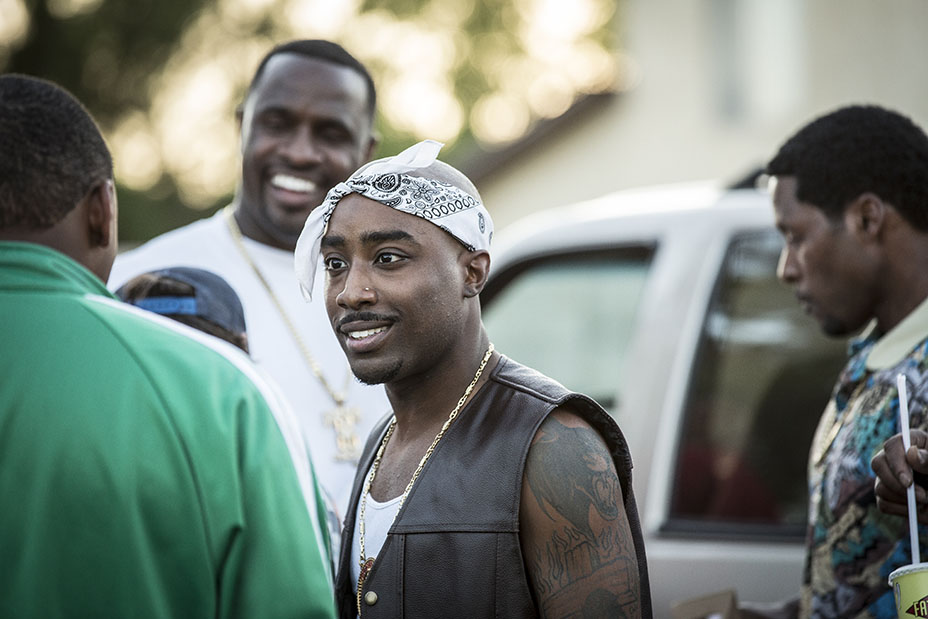 Despite the notoriety he received as a result of Compton‘s massive success, Rose had yet to prove himself as an actor, and when Unsolved came calling he was put through an intensive, months-long audition process by executive producers Anthony Hemingway (the People v. O.J. Simpson alum who directed all 10 episodes of Unsolved), Mark Taylor and showrunner Kyle Long. Taylor says that while Rose certainly looked the part, it was his ability and willingness to apply their feedback that won him the role.

“We saw in the room that Marcc was able to take adjustments, [and] that he was responsive to what Anthony was trying to get out of him,” says Taylor. “I think a lot of people who look like a certain person and are cast to play that person, it can sometimes inhibit them from really diving in and figuring out how to convey anything other than how that person looks, … but Marcc was so good at going beyond that.”

Despite acing the audition, Rose hit something of a hurdle when it came to nailing the musical aspects of the performance (in Compton, he had his raps dubbed by actor Darris Love). “Marcc is not a rapper, and while he really worked on it and put effort into it, he is not someone who naturally has the ability that someone like Tupac had or that someone like Wavvy has,” says Taylor, who notes that various techniques were used to “augment” and “enhance” Rose’s musical performance. In an effort to improve his flow, Rose says he listened to Tupac “constantly” and even worked with influential music producer Harvey Mason Jr., whose A-list collaborators include Aretha Franklin, Beyonce and Michael Jackson. “I wasn’t listening to anything else while I was filming the show,” says Rose. “So hearing that day in and day out definitely played a huge role in the delivery of the raps in Unsolved.” 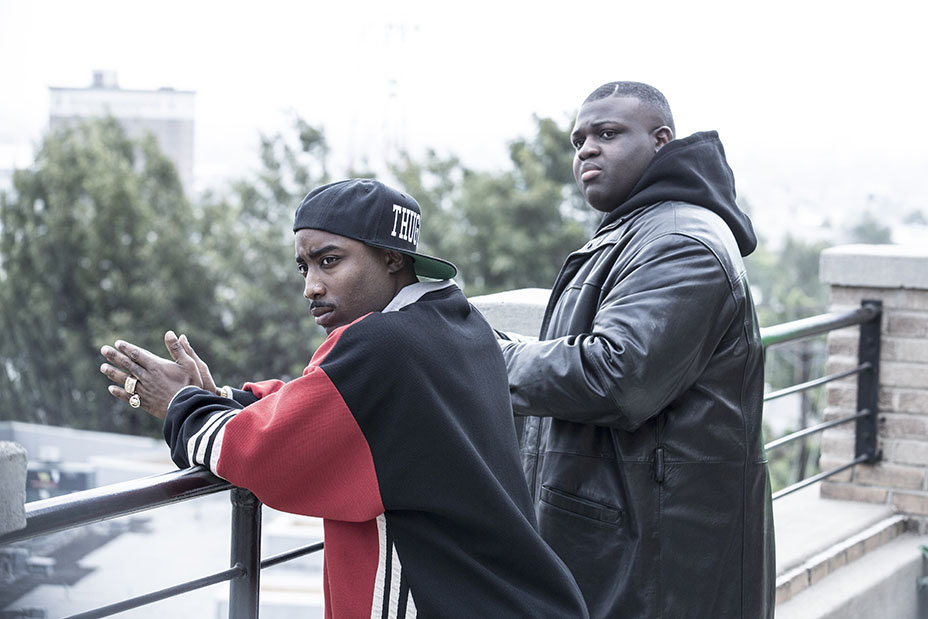 For Rose, the ability to rap well isn’t a make-or-break element in his career, but being able to book roles in non-Tupac-related projects is. To that end, the 25-year-old recently studied with acting teachers Richard Lawson and Dustin Felder in an effort to hone his craft (as for the stalled John Singleton-directed Tupac biopic in which he was previously attached to star, Rose sounded doubtful of its prospects). Unlike Shakur — who was younger than Rose is now when he died — the future remains open, and he’s ready to move on from the larger-than-life figure who has thus far defined the entirety of his budding career.

“I have a full beard, and it’s funny because with my full beard, people wouldn’t even know [I look like him],” says Rose. “I shave my beard to go into ‘Pac mode for the show [for] like four months, and it’s like me peeling off my layers. And then when it’s done, I’m able to put Marcc back on.”

Unsolved: The Murders of Tupac and the Notorious BIG premieres Tuesday, Feb. 27, on USA Network. 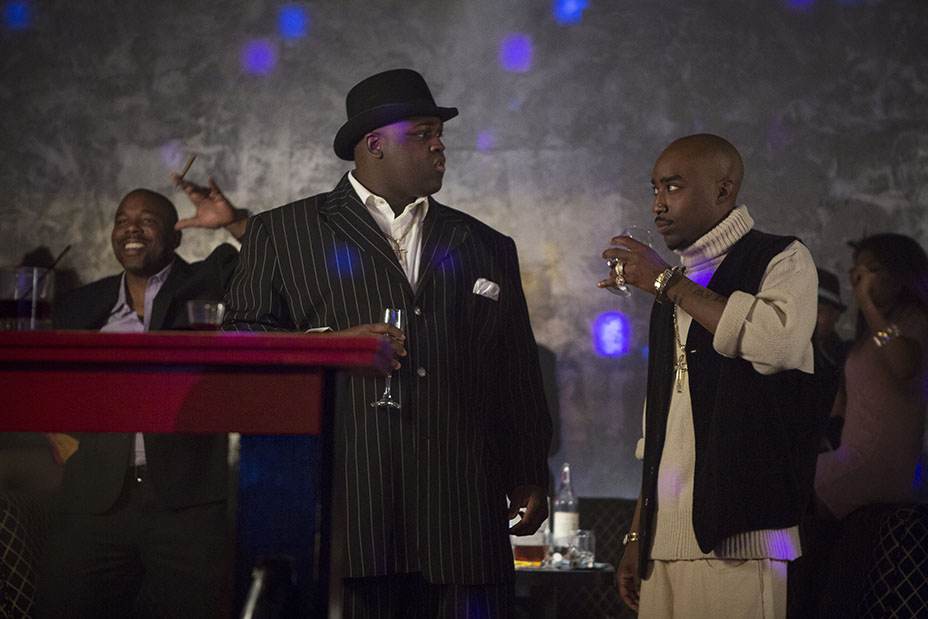