Netflix’s Stranger Things becomes the latest series to get the aftershow treatment.

The streaming giant is launching Beyond Stranger Things, a post-show rehash for the sci-fi phenomenon that debuted in 2016. Hosted by writer, producer, actor and “superfan” Jim Rash, the show after the show promises to explore the inspiration for the series, tell behind-the-scenes stories and analyze every aspect of the second season, including answering all burning questions.

All seven episodes will be available to watch on Oct. 27, the same day Stranger Things 2 is released on the streaming platform. However, viewers will be advised not to start watching Beyond Stranger Things until after they have finished watching the entire new season of the drama, as there will no doubt be major spoilers along the way. Unlike the genre’s other aftershows, which air installments following each episodes, Netflix’s iteration will automatically play after viewers complete the final episode of Stranger Things 2.

Beyond Stranger Things marks the streaming service’s first foray into aftershow programming on its platform and is being considered a Netflix original series. It’s produced by Embassy Row, the production company behind one of the more successful aftershows on the air, Talking Dead, along with several other unscripted post-show series. Michael Davies and Jen Kelly Patton serve as executive producers on the forthcoming talk show, with Patrick Doody as a supervising producer. 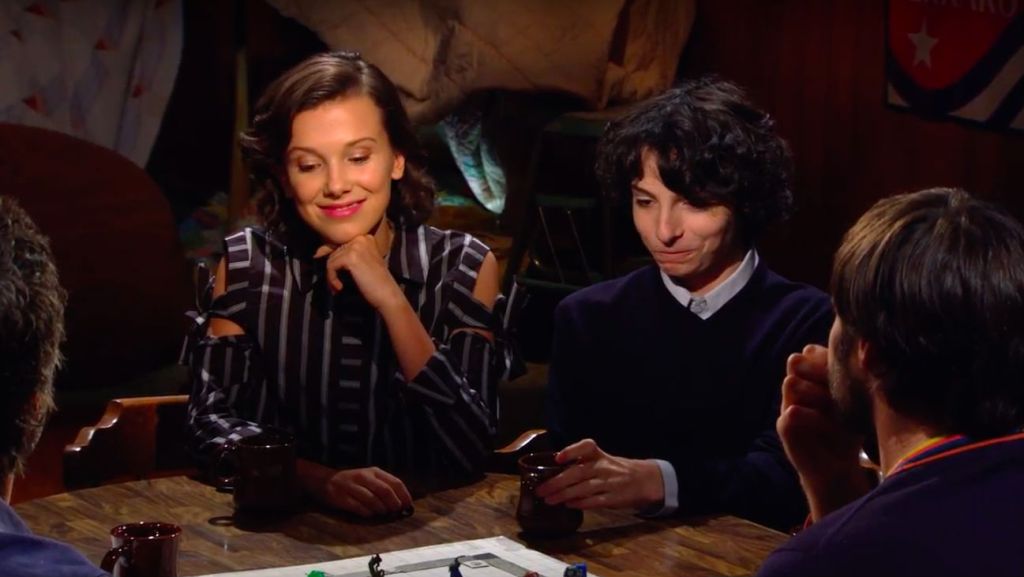 Stranger Things is simply the latest series to get the aftershow treatment. AMC has done so most notably with the Chris Hardwick-hosted Talking Dead and then followed up with Hardwick-hosted Talking Bad and Talking Saul for Breaking Bad and Better Call Saul, respectively. HBO tried its hand at the trend with After the Thrones, a Game of Thrones post-show from Bill Simmons’ The Ringer network that lasted only a single season before moving to Twitter. Other series to attempt aftershows with varying degrees of success are Mr. Robot, Bates Motel, Orphan Black, Doctor Who, Nashville and Bachelor in Paradise.

In the case of Beyond Stranger Things, each episode will open with a series of quick graphics inspired by what fans were creating online with the distinctive text of the series. The opening visuals were designed by a Stranger Things fan, graphic artist Wahyu “Pinot” Ichwandardi, and the opening theme music is a remix composed by another self-proclaimed “superfan,” Daniel Rosenfeld. To get a sense of what the series will be like, watch a clip below of the beginning of the first episode.