Stranger Things: The Drive-Into Experience debuted in downtown L.A. on Wednesday, kicking off a drive-thru live entertainment show inspired by the hit Netflix series that will run through Spring 2021. The event, which spans 400,000 square feet at Skylight ROW DTLA, features an hour-long performance transporting guests to 1985 Hawkins — where the adventures of Mike (played in the series by Finn Wolfhard), Dustin (Gaten Matarazzo), Lucas (Caleb McLaughlin), Will (Noah Schnapp) and Eleven (Millie Bobby Brown) take place —  from the safety of their own cars, with plenty of supernatural elements in play.

Upon arrival, guests (who are encouraged to dress up in ’80s garb and required to wear masks whenever car windows are opened) are welcomed to the 1985 Hawkins High School reunion and quickly are taken 35 years back in time when guided to a parking lot revamped as the Starcourt Mall. The mall, of course, is home to Scoops Ahoy, the ice cream shop that employed Steve Harrington (Joe Keery) and Robin (Maya Hawke), and served as the town hangout during the show’s third season. In its real-life recreation, visitors drive through an old-school photo booth before parking in front of the mall and ordering from a variety of Starcourt Food Court menu items, including pizza, corn dogs, falafel, popcorn, candy and signature Scoops Ahoy frozen treats.

With vehicles parked at the mall, an actor in character as Stranger Things science teacher Scott Clarke (Randall P. Havens) takes the stage to DJ classic ’80s tunes and run trivia, which the audience can participate in from their cars; actors playing Mike, Will and Lucas run around the lot, helping with the game and quietly reenacting moments from the series. 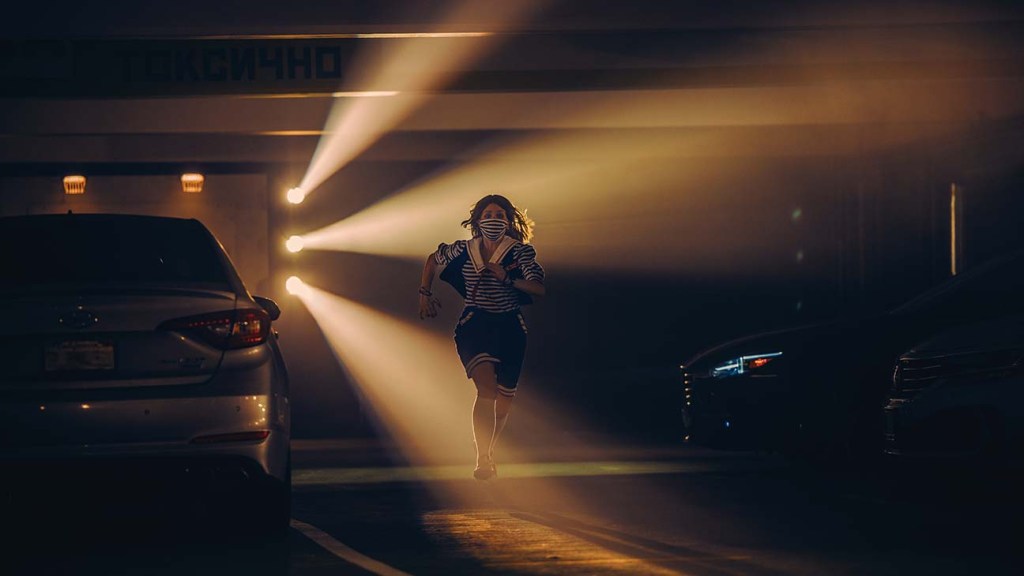 The cheery retro vibe quickly comes to an end, though, as the show gets underway and vehicles are moved away from the mall, where a message from investigative reporter Murray Bauman (Brett Gelman) is delivered via FM radio: “Hawkins is in trouble, we’ve got to tear down the curtain of deception and reveal the enemy lurking beneath.”

From there, guests are immersed in a three-part show inside the ROW DTLA parking structure, covering key moments from across the three seasons of Stranger Things, including the Russian labs and Upside Down. Dozens of (mostly masked) actors take part in the performance, interacting with the audience through car windows — encompassing lots of waving, knocking, flashlight shining and sharp glares. Guests cannot exit their vehicles or lower their windows at any time; the entire show is listed to via car radio. Series composers Kyle Dixon and Michael Stein also wrote new music for the event, which provides a track for the scenes.

While much of the drive-thru features live-action performances, screens are also placed throughout to incorporate video clips from the show. Cars are guided up and down the levels of the parking garage for the various show components, and are stopped and parked for three 15-minute sections as the performances play out around them; after a theatrical finale, guests are led out to drive-thru souvenir shop. Specific scenes performed during the show have been kept private to maintain the experience.

Co-produced by Netflix and event platform Fever, with creative direction by Secret Cinema, the drive-thru will welcome thousands over the next few months; tickets are currently sold out until early February and start at $59 for two people. It will run Wednesdays to Sundays from 6 p.m. to 11 p.m. going forward, with dates currently scheduled through March.

The event also coincides with Stranger Things 4 resuming filming amid the coronavirus pandemic; a release date has not yet been set. 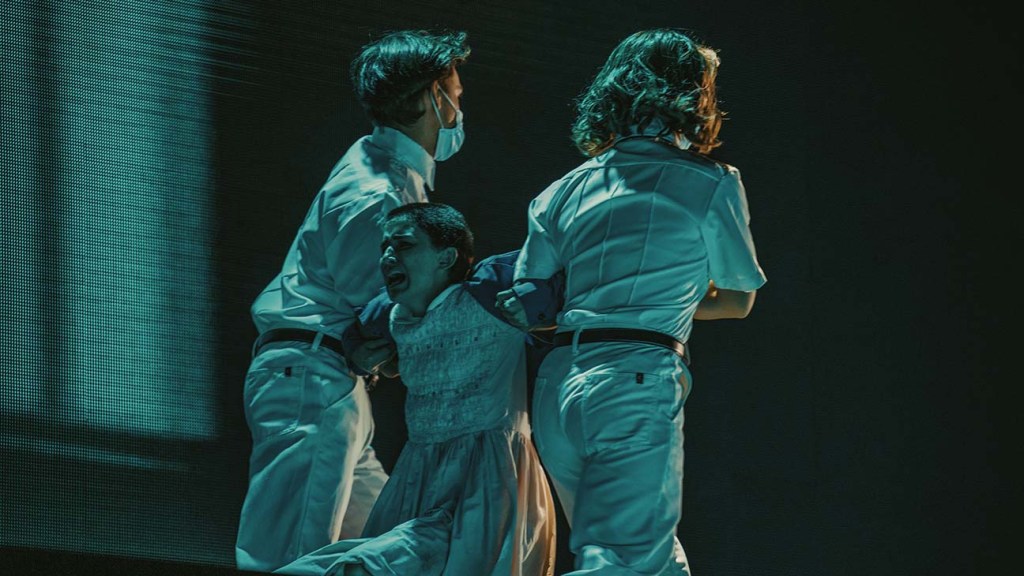