If there’s one major takeaway from Stranger Things season three, it’s this: the party is over.

Season three of the Duffer Brothers’ drama ends on its most tragic note yet: Joyce Byers (Winona Ryder) and her children, Jonathan (Charlie Heaton) and Will (Noah Schnapp), moving away from Hawkins with Eleven (Millie Bobby Brown) in tow. As for Eleven, there are two major changes surrounding the series’ most powerful human entity: no more powers, thanks to wound suffered at the maw of the Mind Flayer, and no more parental guardian in the potentially late Jim Hopper (David Harbour), apparently obliterated in a season-ending explosion.

It’s a major series of status quo shifts for Stranger Things, which has been set entirely within the confines of Hawkins, Indiana, a couple of trips to Russia and Illinois notwithstanding. The party is split in two, with Mike (Finn Wolfhard) separated from his best friend and girlfriend. Likewise, Mike’s sister, Nancy (Natalia Dyer), and her boyfriend, Jonathan, are now living out their senior years of high school in separate towns, while the two main adults in the room — Joyce and Hopper — are separated by… well, potentially by life and death.

'Stranger Things': What's Next After That Deadly Season 3 Cliff-Hanger

“That’s just how real life works,” actor Finn Wolfhard tells The Hollywood Reporter about the way in which season three ends, with the core cast separated from one another. “I think the Duffers do it really well, and people relate to it while it’s also this crazy science fiction show. That’s what’s cool about it.”

Given the state of Stranger Things by the end of season three, one thing becomes increasingly clear: the endgame is within reach. Whether it’s a matter of one more season or a couple of seasons left to wrap up the story, Stranger Things has moved within striking distance of a final arc with which to tell all the secrets of the Upside Down — or the ones the Duffers are willing to part with, at least.

Schnapp, whose Will Byers was at the heart of seasons one and two despite a relatively reduced role in season three, believes Stranger Things won’t last much longer than “one or two more seasons.”

“You don’t want to milk it,” he says. “They want to keep it good and not start milking the success.” 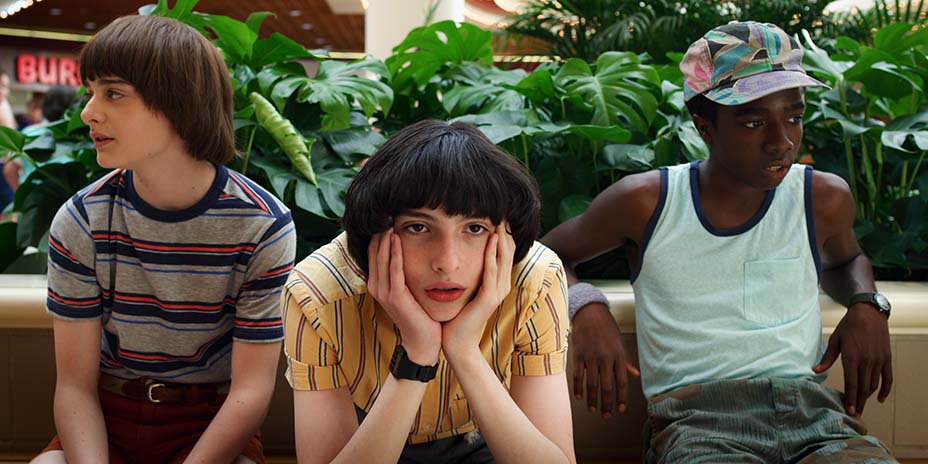 Season three’s climactic finale sets up a natural conclusion on a few fronts. There’s the dissemination of the party, specifically Will and Eleven’s departure from Hawkins. As two people who were previously superpowered but no longer boast major connections to the Upside Down, one can only imagine the secrets from the Upside Down that lay dormant within both Will and Eleven. Are aspects of the Mind Flayer hiding beneath the surface of these two young individuals, waiting to be free from Hawkins in order to spread into the wider world?

“I might have a separate storyline and we might be filming somewhere else,” Schnapp teases about his future on Stranger Things. “It would be exciting to see Will explore a big city and go through that. I think it would be cool to see.”

Moving beyond Hawkins and into another American location would be a fairly seismic shift for Stranger Things, and that’s only one way in which the series could dramatically expand. In the season finale’s post-credits scene, the action shifts to a remote Russian facility, which houses two special guests: “the American,” and a full-grown Demogorgon, the first one of its kind featured since season one. Several younger and less advanced versions of the monster, known as “demodogs,” ran rampant through season two. The Demogorgon’s return signals a few possibilities for Stranger Things‘ future: a return to the first season’s smaller-scale horror, for one thing, as well as an active expansion of the Upside Down into the greater world beyond Hawkins. As Stranger Things pushes forward through the 1980s, so too does the show’s nightmare universe expand beyond America, introducing a global threat that could serve as the spine for a final season or two.

How 'Stranger Things' Pulled Off Its Most Ambitious Music Moment Yet

As for the Russians’ “American” prisoner, another couple of possibilities emerge, beginning with the obvious one: Hopper, somehow still alive and very far away from the ones he loves back home. If it is Hopper, it’s fair to assume he’ll eventually reconnect with Joyce and the others — and when he does, he may return with enough inside information about the Russians’ involvement with the Upside Down so as to actually put an end to the threat once and for all. Another theory places Hopper directly inside of the Upside Down, able to withstand the harsh conditions thanks to his exposure to otherworldly spores in season two. This case also offers up a possibility for Hopper to return, loaded with actual ideas on how to stop the Mind Flayer and its fellow creatures, beyond just punching the thing over and over again.

But are Hopper and “the American” one and the same? The darkest possibility once again brings the series back to its first season roots: Martin Brenner, the silver-haired scientist played by Matthew Modine, who was apparently killed at the end of season one. Season three introduced the idea of “the Flayed,” with the Mind Flayer using human hosts to enact a dark agenda; these Flayed individuals still held some semblance of their original humanity and personalities. Brenner, already a disturbing man all on his own, would become an increasingly deadly force with an active connection to the Mind Flayer, one who could land in Russia and begin an Upside Down globalization — once again, a storyline that would put Stranger Things on path for one last terrifying tale.

'Stranger Things': What's Next After That Deadly Season 3 Cliff-Hanger

'Stranger Things 3' Racks Up Record Viewership, According to Netflix