Something strange is happening out in the fields of Hawkins, Ind.

The brand-new full trailer for Stranger Things‘ third season, hitting Netflix on July 4, offers the best look yet at what the Duffer brothers have up their sleeves for Eleven (Millie Bobby Brown), Mike (Finn Wolfhard), Dustin (Gaten Matarazzo) and the rest of the gang — and while there are big laughs and heart to spare, there’s an equal amount of shock and heartache baked into the nearly three-minute look at the season ahead.

Want more Dustin and Steve Harrington (Joe Keery) hanging out and being best buds? The trailer’s got that covered. The breakout pair of season two are the trailer’s closers, with newcomer Robin (Maya Hawke) giving Steve grief over his close friendship with a teenager. Want to see Eleven getting some one-on-one time with Max (Sadie Sink), two characters who have yet to spend much time together, even though they’re both deeply entrenched in the party? All set on that front. The good times are rollicking throughout the trailer, thanks to the summer vibes, as well as The Who’s head-bopping “Baba O’Riley” supplying the soundtrack. 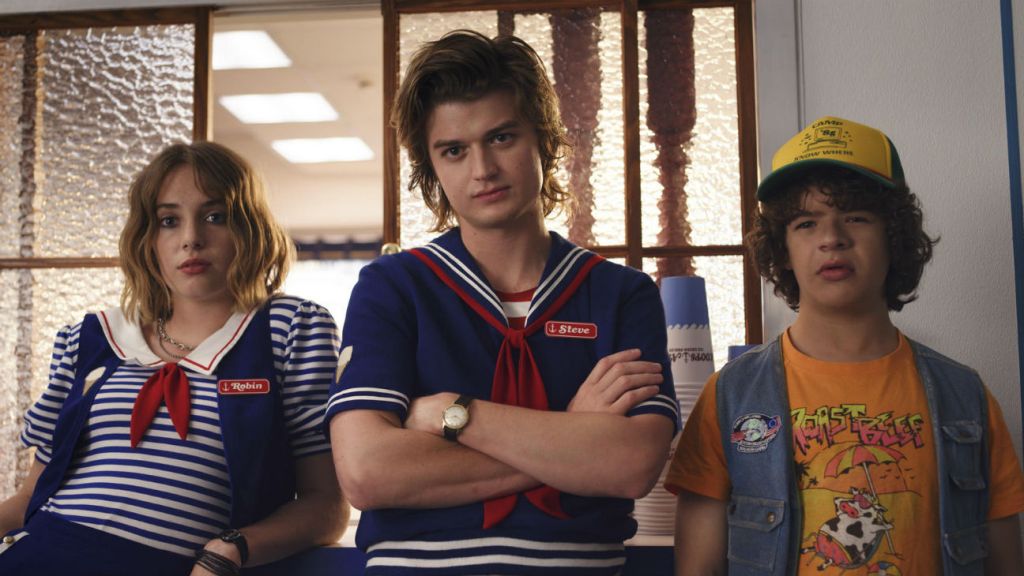 But the lightheartedness masks the darkness beneath the trailer. Good guy Steve can be seen near the end with a black eye and a needle pressed into his neck. Bad boy Billy Hargrove (Dacre Montgomery) looks like he’s on the straight and narrow with a lifeguard gig, but a later shot in the trailer shows a blackness overtaking his arm, almost as if he’s a Venom clone. (Indeed, Billy’s wound and occupation help clarify two of the supposed season three episode titles: “The Bite” and “The Case of the Missing Lifeguard.”) 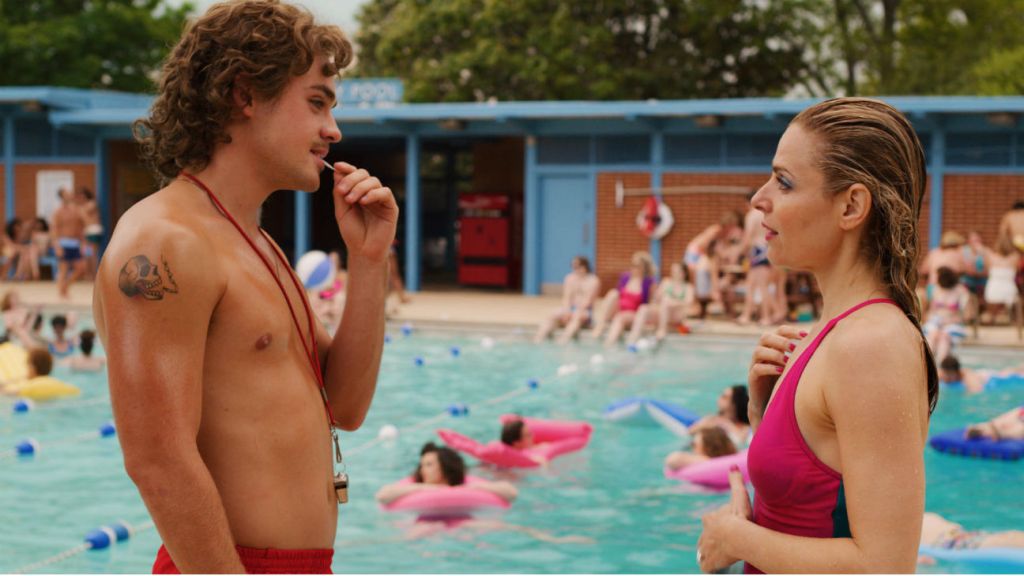 Eleven looks like she has it all — a new friend in Max, a thriving relationship with Mike — but she’s also clearly drawn back into her old world, at one point walking along a beach that is either located in the Upside Down, or comes paired with visions of the Upside Down, not unlike what Will Byers (Noah Schnapp) suffered in season two. As for Will, he’s seen with tears streaming down his cheeks, as it seems he’s being left out of a group that’s growing up beyond him — a heartbreaking nightmare that rivals the worst of what he’s gone through in terms of existential angst. 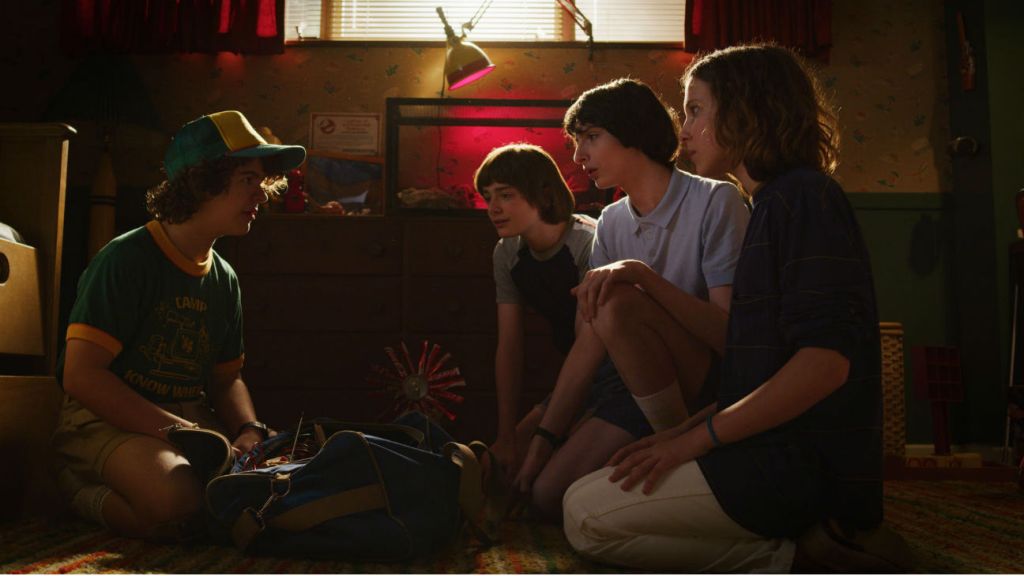 It’s tragic for Will and for the friend group as they slowly drift apart, but it also fits with the vision the Duffers have laid out for the child stars of Stranger Things. Speaking with The Hollywood Reporter in 2017, the sibling filmmakers articulated a desire to chart the emotional and physical growth of Mike and his friends, in a style akin to the Harry Potter series.

“Even if we wanted to hop into the action faster, we couldn’t,” said Ross Duffer, speaking shortly after the release of season two. “Our kids are aging. We can only write and produce the show so fast. They’re going to be almost a year older by the time we start shooting season three. It provides certain challenges. You can’t start right after season two ended. It forces you to do a time jump. But what I like is that it makes you evolve the show.”

He continued, “It forces the show to evolve and change, because the kids are changing. Even if we wanted it to be static and we wanted to continually recycle the same storyline — and we don’t — we would be unable to, just because the kids are changing. It’s cool, though. The audience is going to be able to watch these kids come of age every year. The closest example is Harry Potter. Watching those kids and actors grow up in front of the camera was, to me, very powerful. I mean, I wasn’t a kid when I experienced that, and I can only imagine if you were a kid and you were their age, it would have been even more powerful. That’s what I’m excited about. It’s a long way of saying that yeah, we’re going to do a time jump.”

Setting aside Harry Potter, there’s a different fantasy franchise one should consider when looking at the Stranger Things trailer: Dungeons and Dragons, which has fueled the Netflix thriller’s antagonists since the very beginning. The Demogorgon and Mind-Flayer are ripped straight from the swords and sorcery tabletop game. Why should viewers expect anything different when it comes to the third season, especially given the final creature seen at the end of the trailer?

It’s a multi-limbed twist of sinew and teeth, looking something like a cross between Carnage from the Spider-Man comics and the Licker from the Resident Evil video game series. (Speaking of which, there’s some sort of humanoid in the trailer wearing a gas mask that looks an awful lot like Hunk from the Resident Evil games, but what are the odds of such a reference winding up in Stranger Things? The Capcom games were launched in the 1990s; wrong era, unless there’s some time-travel wonkiness ahead. Not impossible, but not very likely, either.)

Some fun Dungeons and Dragons monster names to consider for this creature: the Dracolich, which is an undead dragon, and may fit the twisted look of the new beast; the Beholder, a gigantic eyeball monster that shares some similarities with the sinewy look of the new monster; and a whole bunch of other names that aren’t useful for someone who hasn’t played Dungeons and Dragons to toss out, even though it’s very fun to say the word “Flumph.”

Here’s something different to chew on: the fact that this monster already has a name we know as fans of Stranger Things, board game inspiration be damned. Chalk this up as our wildest pitch of a season three theory thus far: Billy Hargrove and the monster are one and the same. We see Billy in the shower nursing some sort of venomous wound, we know there’s an episode called “The Bite” and we also know that the actor who plays Billy, Montgomery, has warned about some very dark happenings in his Stranger Things future. As he himself told THR shortly after his season two debut: “I think…something far more sinister is going to happen.”

“My character was put in place to be [a] force of nature, that is controversial,” said Montgomery. “In order to go into season three, you need to raise the stakes in that space and continue to play down that sinister road. We’ve only had a taste of Billy.”