Continue to The Hollywood Reporter SKIP AD
You will be redirected back to your article in seconds
Skip to main content
August 30, 2017 9:00am
Logo text

Suits is the well-dressed ghost of USA’s past. Seven seasons in, this sartorial legal drama about a hotshot attorney (Gabriel Macht) and a sweetly duplicitous wunderkind (Patrick J. Adams) is the last remnant of the “blue-sky” brand that made USA the No. 1 ad-supported cable network for more than a decade. But as USA leans deeper into dark prestige territory — Mr. Robot, new hit The Sinner — so does Suits. The quirky twist on a procedural, which still pulls 2.5 million viewers and ranks second among the network’s sprawling roster of originals year-to-date, has evolved alongside its home. (It also has minted a potential royal with supporting player Meghan Markle, current girlfriend of Prince Harry.) With its 100th episode, airing Aug. 30, Suits celebrates a major milestone. What’s more, a 2018 episode will introduce a backdoor pilot for a potential spin­off starring former castmember Gina Torres. And negotiations already are underway for an eighth and possibly ninth season of the original, whose characters — as the network’s former tagline suggests — are as welcome as ever.

AARON KORSH (CREATOR AND SHOWRUNNER) The early notes we got from the network were that they were concerned about the client. “Do we care about our client?” My philosophy on it was that Patrick’s character cared about the client, so we don’t need to see them as much. Sometimes we’d add another scene with the client; we’d shoot it and then we’d cut it. You wouldn’t miss it. By the end of the second season, the network agreed, and we were on the same page. 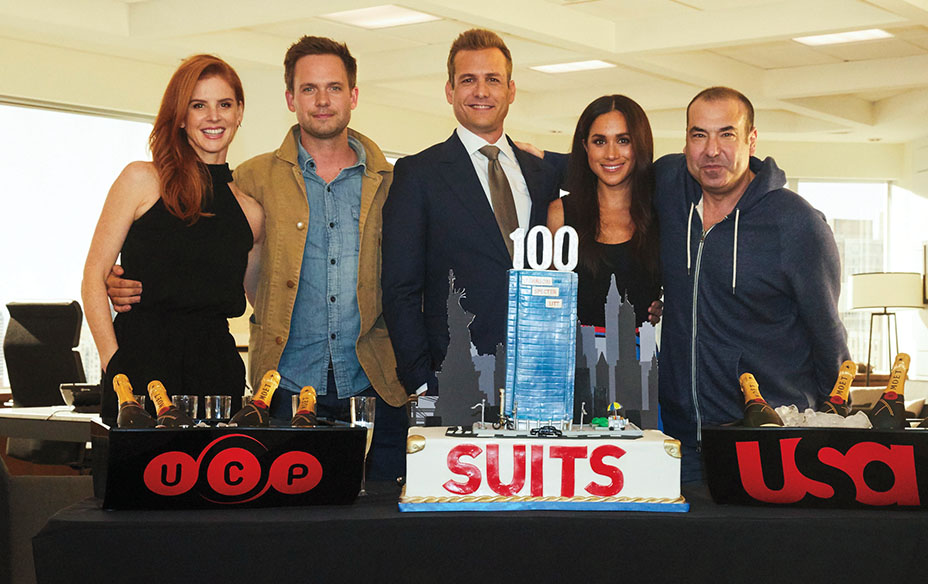 GINA TORRES (JESSICA PEARSON) At the end of the first season, Mr. Porter did a men’s fashion line inspired by the show. I’ve been a part of a lot of things that have become iconic, but we struck a nerve in a way that wasn’t expected. There was this element of style and fashion that was also piercing the consciousness at the same time as the actual show. We came into our audience sideways.

GABRIEL MACHT (HARVEY SPECTER) In the first season, the hairdressers screwed up and dyed my hair black. I had to dye my hair every two weeks because my blond would grow in. Finally, I was like, “Guys, I am sorry, but I’m going to my natural look.” It took a little while for me to get the balls to do that.

SARAH RAFFERTY (DONNA PAULSEN) [Castmember] Rick [Hoffman] has been the one all along who knew the show would be successful. Back in season one, we were sitting on the pavement in a parking lot for some reason, and Rick said to us: “Get ready. Things are about to change.”

RICK HOFFMAN (LOUIS LITT) The watershed moment was season two, episode four. Donna was going to get fired from the law firm in a cliffhanger.

RAFFERTY I was like, “What is #SaveDonna? And what is Twitter?” Then we started to do flashbacks to really dig into the characters. We had backstories.

KORSH As the show went on, it became more and more what the original [pitch] was, which was more about the characters, less about the case of the week.

MACHT Having Mr. Robot on the network allowed us to go a little bit darker. There are pieces and moments where Suits is playful, with witty banter like in the first two seasons, but the stakes are now extremely high. 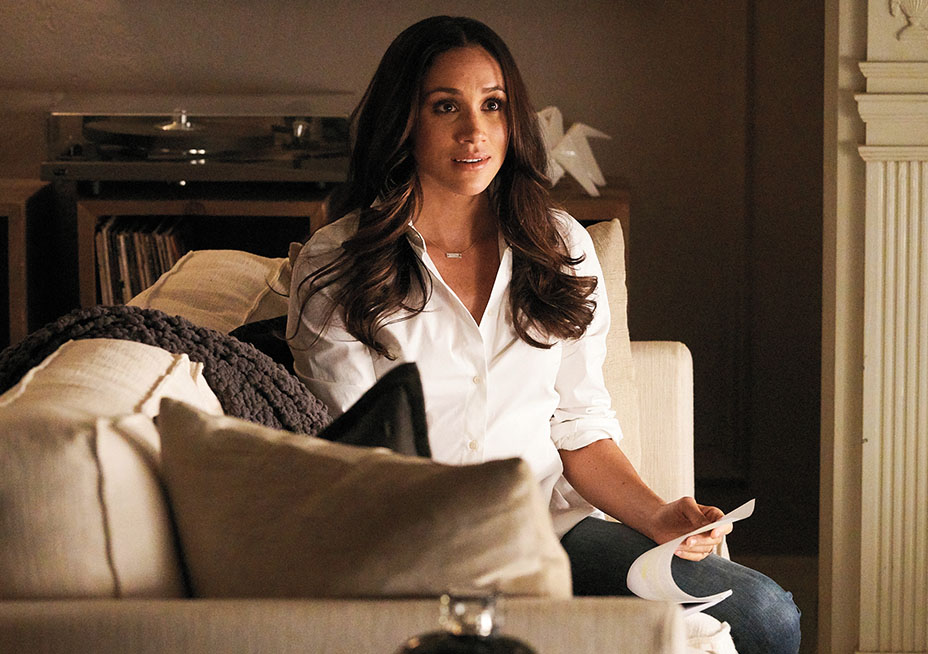 PATRICK J. ADAMS (MIKE ROSS) I was surprised that they let Mike go to jail, especially in the world of the show. I guess Mr. Robot gave them the allowance to feel like they should take risks.

TORRES Part of our survival is that we were able to go darker. It didn’t happen all at once; they really did a beautiful job of easing you into a more pensive, reality-based world. There are consequences, and we had to deal with those because that’s life.

KORSH We’re not that dark of a show. I’ve always considered us to be a comedic drama.

MACHT Halfway through the seventh season, there’s legitimate talk about an eighth season and a ninth season.

TORRES Learning that Aaron once thought about killing Jessica off [when I decided to leave the show] made me nauseous. With the climate that we find ourselves in — politically and socioeconomically — Jessica Pearson has quite the potential to be a world-beater. How can she enact change in the era we are in right now? I want to know what that looks like, and I have a couple of ideas [for the spinoff].

KORSH I originally thought Suits could possibly go seven or eight seasons. But I wouldn’t limit it now, not when I see shows like Grey’s Anatomy lasting much longer. There are stories left to tell.