Patrick J. Adams is ready for his next act.

The actor, who has played Mike Ross for more than 100 episodes of the Aaron Korsh-created series, is going out on his own terms and will officially exit the show when season seven wraps this year. The final eight episodes of season seven return March 28, and the series has already been renewed for an eighth season as Dule Hill has been upped to regular to help fill the void created by Adams’ and co-star Meghan Markle’s departure.

“It’s not often you meet someone that changes your life, and that’s exactly what Patrick did,” Korsh tells The Hollywood Reporter. “He changed my life for the better. We are a family on Suits, on screen and off. And though Mike Ross and Patrick Adams are both moving on, as far as I’m concerned, they’ll always be members of my family.”

Here, Adams talks exclusively with THR about knowing the timing was right to leave, the unspoken decision with Markle (who plays Mike’s bride-to-be and has her own royal wedding to plan) and what’s next.

What prompted your decision to leave Suits?

After seven seasons — really, eight years of being away from home and away from my now-wife [Adams married Pretty Little Liars alum Troian Bellisario in December 2016] and there was that pressure. I started thinking about leaving at the end of the first half of season six, after Mike was released from prison. From a story point of view, I was a little unsure of what was left for him to do. Mike had made the pledge during his trial that if he were allowed to continue to practice the law, he would dedicate his time and energy to underrepresented people and not big, corporate interests. I wasn’t sure how we were going to work that version of the character into the fabric of the show. Aaron Korsh and I talked about it and he pitched this idea of Harvey (Gabriel Macht) offering a one-for-one deal that would keep Mike working at the firm so he could gather the resources to go and do more pro-bono cases. That brought up an interesting season seven. And I’m proud of how this season turned out. 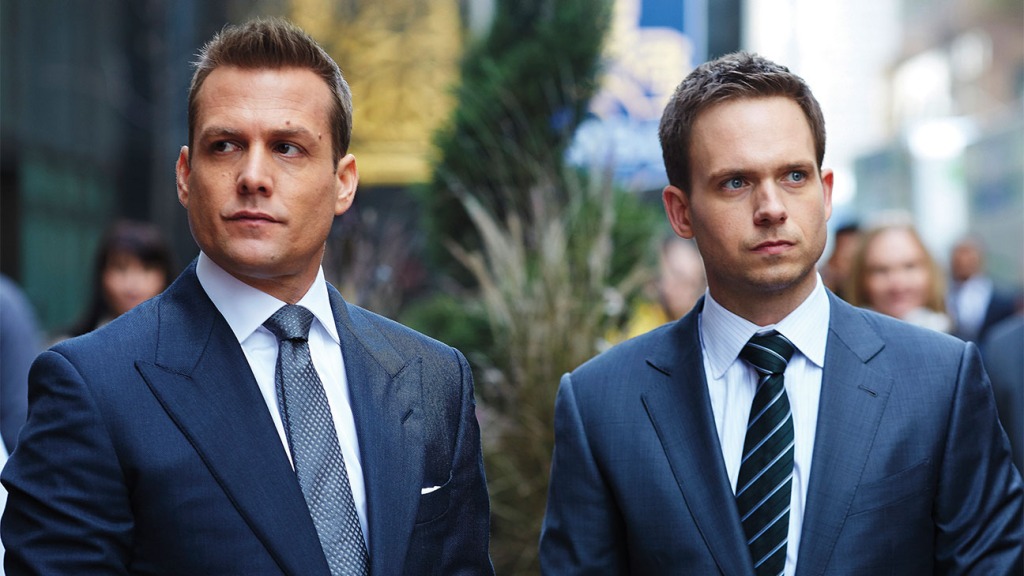 When did you know season seven would be it?

Halfway through it. As we were starting to talk about renegotiating contracts [for season eight and beyond], I took a moment. Everybody was going full steam ahead and I stopped and said, “We need to think about this because this is more of my time and more of my life — and what’s the story left to tell?” When I looked at the work I was doing, Mike would become a full-fledged, certified, legal on paper lawyer. That’s a long way from when we met him and he was this brilliant burnout pothead with no real prospects. I thought we’d come so far and now Mike is going to work to be a lawyer and he’s engaged to the woman of his dreams and he’s got the means and opportunity to do whatever he can imagine. I had this voice in my head that said that we’ve told his story and if he hangs out longer, Mike is just going to be another lawyer on television. That didn’t feel right for him. It didn’t feel right for where I was at in my life, either. I started having conversations with Aaron and we both decided [Adams leaving] made sense, as sad and scary as it was. It just felt like it was the way to go.

Were you worried about upsetting fans of the show?

There’s always this fear that you’ve somehow let down or will let down the millions of fans over the world when, really, your reason for doing it is to honor the work that you’ve done over the past seven years. Just because something stops for me doesn’t mean that there isn’t more for the show itself to do. It’s just not right for me to be a part of it from here on out.

What were your conversations with Aaron like? Was he surprised?

When this became a reality, we had this great three-hour conversation where we talked about what it is to do work that you’re proud of and how to decide to move on from something that’s been a big part of your life. We discussed how we would prefer to see Mike exit and how to do justice to all of it. Aaron and I have spent seven years working on this thing and it was a real chance to say our goodbyes in this chapter of our relationship. 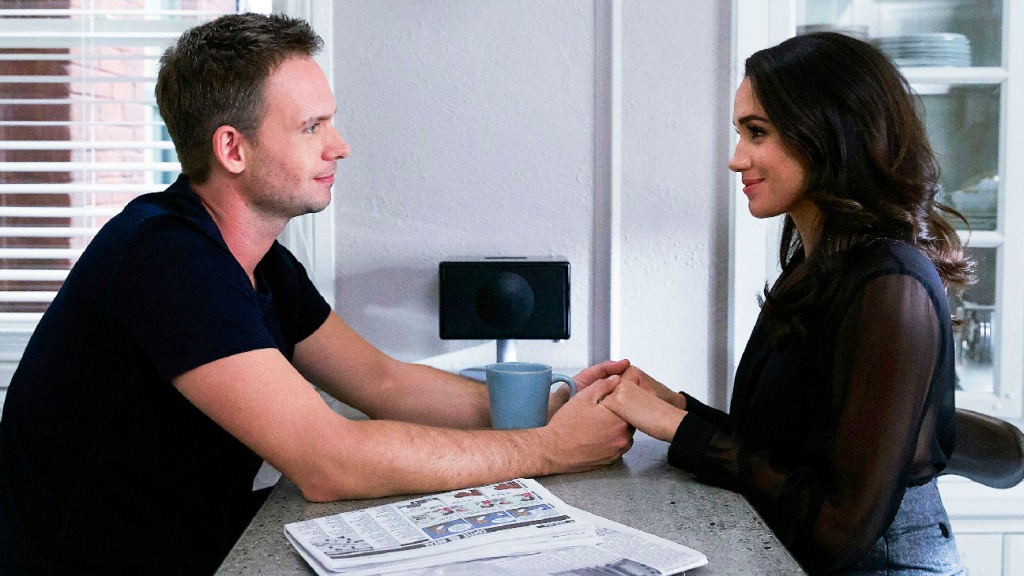 Did you and Meghan talk about the timing of both of your exits at all?

With Meghan, a lot went unsaid. Meghan has this whole crazy part of her life that’s just beginning now. In some ways, Meghan and I were the closest because we were the youngest people in the cast and both came in with the least experience. We grew up together over the course of the show. There was this natural sense that we both knew that the time had come for both of us. It went unspoken and we just enjoyed the hell out of the last few episodes that we got to shoot. We both knew that we wouldn’t be coming back. It made every one of our scenes that much more special. We had a great time. We could laugh through it. Even the things that might have frustrated us about the show, they became things that we could have a good laugh about and compare notes on just how crazy this thing had become.

Mike and Rachel are heading toward a wedding in the second half of season seven. Without spoiling anything, will they have their fairy tale ending? Not many actors who exit their show have an opportunity to wrap things up in a happy fashion.

A lot of times when actors leave shows, a gun gets pulled out in a courtroom or something. Without spoiling too much, yes, I think Mike and Rachel are two characters that there has never been any question that they’re in love and that they’re meant for each other and that they’re willing to go to great lengths and sacrifice a ton in order to keep their relationship going. It just so happens that the timing of how I was feeling [about leaving Suits] and what was going on in Meghan’s life created an opportunity where there was no need to force some conflict or tear Mike and Rachel apart. It allowed us to go on to whatever happens next for Mike and Rachel together.

Will it be a happy wedding?

The only thing I can say is that you should really watch episode 16.

Given Meghan’s engagement and where Mike and Rachel are as they inch toward their wedding, will there be any nods to her royal engagement?

No. Aaron has always actively avoided any sort of real-life commentary. He actively wanted to keep those two worlds totally separate. People can draw their own conclusions and comparisons. The last season of Suits has been really special in that we didn’t let anything bleed into our world.

How Meghan Markle Got Her Big Break on 'Suits'

The show was just officially renewed for season eight. Would you be open to returning to Suits in some capacity in the future?

I’ve said my goodbyes to Mike and to Suits, but I never close any door. When the time comes, if it felt like it was the right thing to do, I’d definitely be open to it. I’ve loved and cherished my time on this show, and the past seven years have been some of the most challenging and transformational years of my entire life. I owe a huge debt to the whole cast, crew, everybody at USA Network and at [producers] Hypnotic and Universal Cable Productions. If it felt like it was the appropriate thing to bring Mike back for a big goodbye, then that’s something I could be open to. But hopefully I’ll be too busy at that point to be able to do it, and then I’ll have to figure it out.

At the moment, I’m interested in taking a break. It’s nice to be home. It’s really nice to be with Troian, our dogs and to take the time to figure out exactly what shape I want to take my career after this. Acting, I’ve learned in the last seven years, takes a lot out of your life. I need to make sure that the next thing I do is something I can really own and grow in and stay invested and interested in over however long the particular project is. There are also a couple of great stories I’m trying to develop to take out and pitch. But behind the camera work is fascinating to me. After seven years on this show, I feel really empowered and capable of taking on more of a leadership role and getting things made.

I’m fielding a lot of offers and figuring out what’s next. The projects that I’m interested in developing at the moment are very specific, so I’m learning how you find homes for projects and what that process is and getting synced up with the right showrunners and producers. But at the moment, it’s like being a little kid again. It’s fun; it feels like a brand-new start.

Adams and Markle’s final episode of Suits will air as a two-hour season finale, set for April 25 on USA Network. 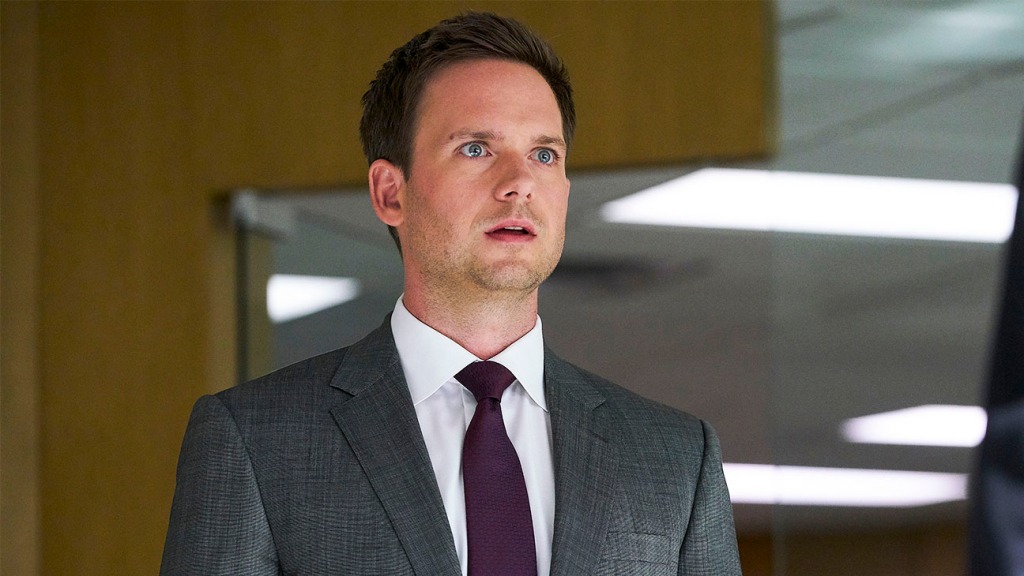