There’s a new face hanging around the Pearson Specter Litt offices this season on Suits.

Dule Hill (The West Wing, Psych) joins the cast of the USA Network drama in its upcoming seventh season, where he is poised for a season-long arc as Alex Williams, a longtime friend of Harvey’s (Gabriel Macht), who is currently a senior partner at rival law firm Bratton Gould, where he maintains an enviable roster of clients.

Ahead of Suits‘ July 12 premiere, The Hollywood Reporter has the first-look at Hill’s debut. In the images above and below, Hill’s Alex seems to be making himself comfortable in the firm’s offices. With Jessica’s (Gina Torres) departure and the recent breakup Louis (Rick Hoffman) went through, it appears as though Harvey (Macht) may have called in his former friend and experienced lawyer for a little help. Given that Williams is a senior partner at rival firm Bratton Gould with his own impressive roster of clients, it’s hard to tell in what capacity he’s offering this “help.” Especially because the firm has been known to deal with snakes dressed as friends before. 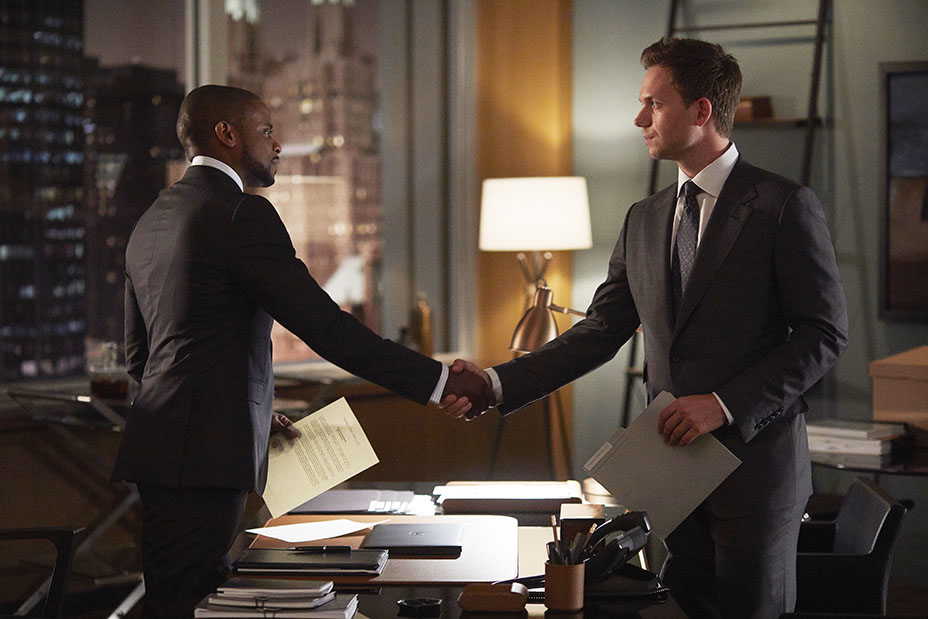 Hill makes his first onscreen appearance in the season’s second episode, which is scheduled to air July 19. 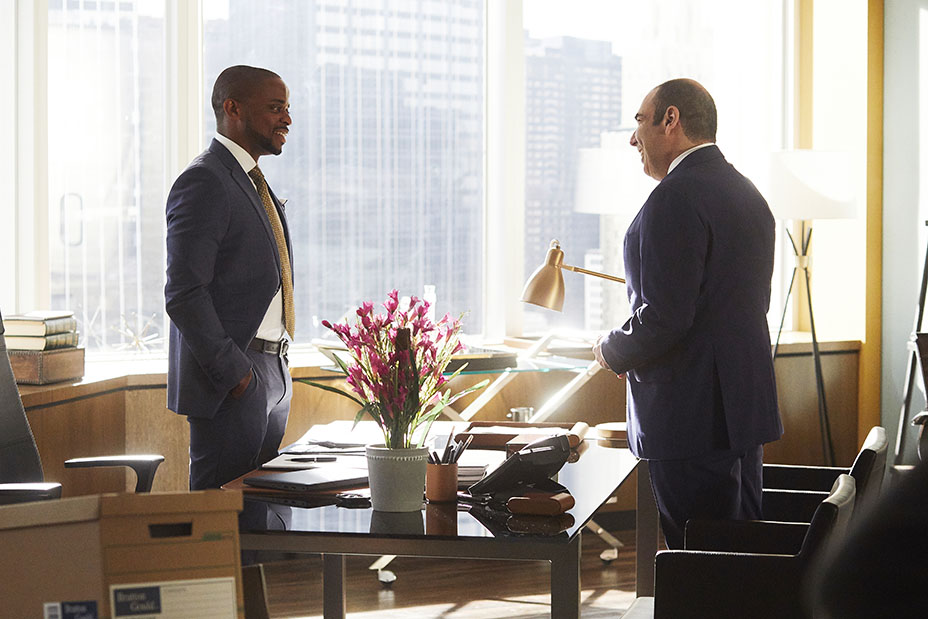 When the seventh season returns, Mike (Adams) will be a full-fledged and legally recognized lawyer for the first time in the series. He’ll reunite with his mentor Harvey and the rest of the team at the firm as it rebuilds, and he’ll bring his high expectations of tackling plenty of pro bono cases with him.

Meanwhile, Harvey and Louis will finally have to figure out how to move on without Jessica, reestablishing their reputations and learning to work with each other in a whole new way. Donna (Sarah Rafferty) will make good on her promise of “wanting more” from last season’s finale, Rachel (Meghan Markle) will carve out more of a name for herself at the firm while planning her upcoming wedding with Mike, and Mike and Harvey will finally be tackling cases together again — with plenty of movie quotes to follow.

“The band is back together for season seven,” showrunner Aaron Korsh told THR back in March. “The dream team is indeed back together, but they’re back together in a different way than they were the last time they worked together.”

Suits returns for season seven Wednesday, July 12, at 9 p.m. on USA. Thoughts? Sound off in the comments below.