Looks like Supergirl is veering off-course from the comic book source material when it comes to season three villain Reign (Odette Annable).

The CW’s superhero drama has revealed a first look at single mom Samantha’s transformation into the ruthless Worldkiller she’s destined to become, and based on her appearance alone it’s clear that the Supergirl showrunners have decided to take the mythology in a different direction than what comic book fans may have been expecting.

Instead of the monstrous-looking biological weapon ripped from the pages of the comics, Annable’s Reign is much more humanized. Aside from the modern and more modest take on her clothing, she doesn’t look like an alien experiment designed for destruction, as she does in the source material, but rather a human who chooses to turn evil and dress like a supervillain. She’s clad in all black with armor and a mask, sporting her own emblem on her chest, but her face still looks human underneath the black mask, which currently helps to give her the appearance that she’s nothing more than a normal mother trying to raise her kid (which was another major change from the comic books).

As of now, Samantha still has no idea she isn’t human, but rather an experiment created on Krypton and sent away as the planet was destroyed. The only clues she has that something is amiss are the surprise superhuman strength she realized she had when rescuing her daughter in the season premiere and her ominous dream about Kara’s (Melissa Benoist) mother Alura Zor-El (Erica Durance). The showrunners have previously said that this season’s villain arc is new for the show, as viewers will get to see the slow journey of Samantha actually becoming a villain and how she ends up as the big-bad.

Since it was revealed in the last episode that Samantha has just started working directly for Lena Luthor (Katie McGrath) at L-Corp as Lena takes over CatCo Media, her storyline is about to connect with Supergirl’s in a major way. Perhaps that fated meeting, along with Reign’s pod getting jolted awake in the ground underneath National City, is what will kick-start Samantha’s full transformation into her Worldkiller destiny of Reign.

Check out the full first-look photo of Reign below: 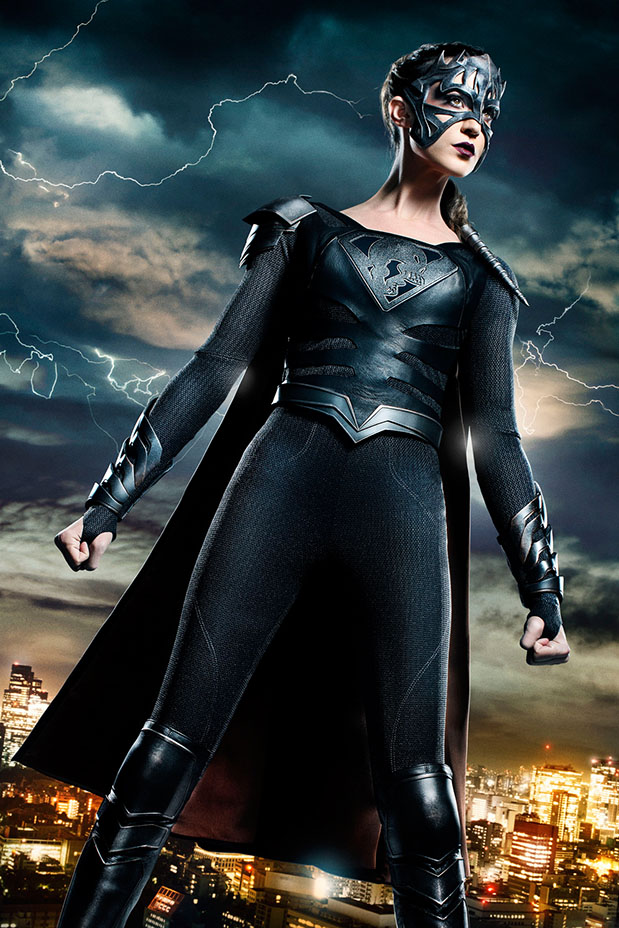 Supergirl airs Mondays at 8 p.m. on The CW.