Syfy is doubling down on comic book fare.

The NBCUniversal-owned cable network on Thursday handed out series orders to Superman prequel Krypton as well as its adaptation of Grant Morrison graphic novel Happy.

From David S. Goyer (Man of Steel, The Dark Knight), Krypton is set two generations before the destruction of the legendary Man of Steel’s home planet. It follows Superman’s grandfather (Cameron Cuffe) — whose House of El was ostracized and shamed — as he fights to redeem his family’s honor and save his beloved world from chaos.

The series is based on characters created by Jerry Siegel and Joe Shuster and published by DC Comics. The Warner Horizon Television series is executive produced by Goyer via his Phantom Four banner with Damian Kindler (Sleepy Hollow) set to serve as showrunner. Goyer and Kindler penned the script with a story from Ian Goldberg (Once Upon a Time) and Goyer. Colm McCarthy directed the pilot and co-exec produces. Goldberg will not continue on with the series after being tapped to serve as showrunner on AMC’s Fear the Walking Dead. Ian McElhinney (Game of Thrones) and Georgina Campbell (Broadchurch) co-star. The project had a long road to the small screen: it was first put into development in December 2014. A premiere date has not yet been determined.

Krypton marks the latest TV foray for DC Comics, which has Batman prequel Gotham and Lucifer at Fox as well as a roster of shows at The CW including The Flash, Arrow, Supergirl, Legends of Tomorrow, Riverdale and iZombie. 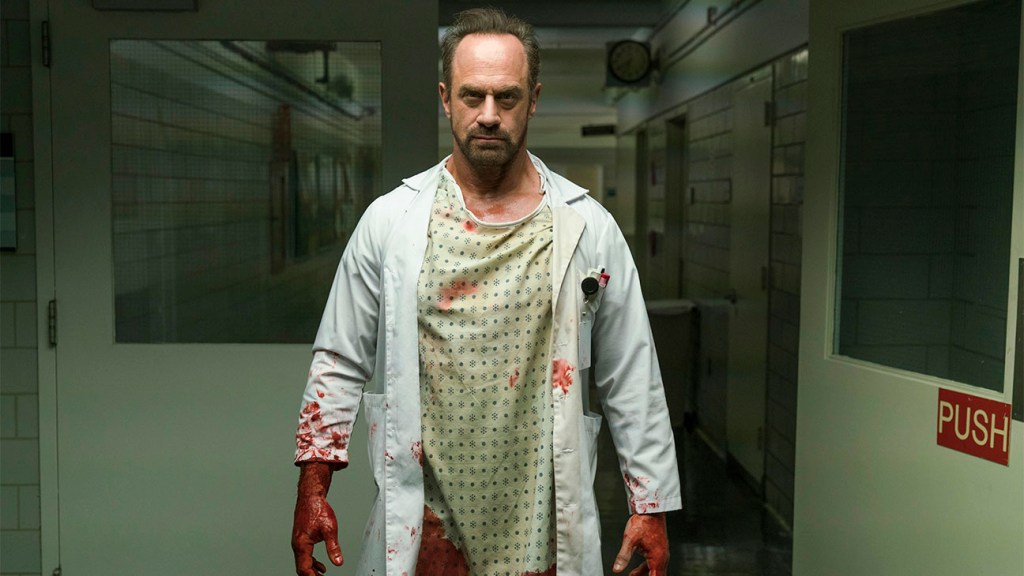 Happy, meanwhile, was picked up to pilot in September and is based on Morrison and Darick Robertson’s Image Comics graphic novel. It revolves around Nick Sax (Law & Order: SVU’s Christopher Meloni) — an intoxicated, corrupt ex-cop turned hit man — who is adrift in a world of casual murder, soulless sex and betrayal. After a hit gone wrong, his inebriated life is forever changed by a tiny, relentlessly positive, imaginary blue winged horse named Happy (voiced by Saturday Night Live‘s Bobby Moynihan).

Krypton and Happy joins a roster of originals at Syfy including The Expanse and The Magicians — both of which have already been renewed for 2018 — as well as 12 Monkeys, Killjoys and anthology Channel Zero. Meanwhile, pilot The Machine is still in contention and Haunted has been passed over.

The series pickups were just a fraction of the news to come out of Syfy’s upfront presentation, as the network also announced it was teaming with Game of Thrones creator George R.R. Martin to develop his 1980 novella Nightflyers and undergoing a brand refresh pegged to its 25th anniversary.