[This story contains spoilers for episode three of CBS’ Survivor: David vs. Goliath, “I Am Goliath Strong.”]

The latest person eliminated from Survivor entered the game deathly afraid of becoming the first one out of the season. Crisis averted, barely. Two episodes after Pat Cusack’s medical evacuation, the nightmare became reality, at least in a manner of speaking. Survivor: David vs. Goliath castaway Jeremy Crawford is the first one out of his tribe, and the third one out of the season, thanks to losing a vicious head-to-head battle against publishing CEO Natalie Cole.

The third episode of the season, “I Am Goliath Strong,” largely focused on the feud between Jeremy and Natalie, cast as outsiders among the tribe. For much of the season thus far, Natalie’s blunt tactics have rubbed members of the Goliath tribe the wrong way. Between her powerful persona and concerns about her challenge performance, Natalie looked like an obvious consensus choice for the Goliaths’ first Tribal Council — which made it a perfect time for a blindside against Jeremy, the New York City attorney who was voted out only a few weeks shy of his 40th birthday.

Rather than vote out Natalie, who was perceived as an easier target, the Goliath tribe decided as a group to eliminate Jeremy, someone they considered a threat for further down the line. Indeed, that threat level was obvious, thanks to Jeremy’s own actions, openly searching through Dan “Hot Cop” Rengering’s belongings to find his hidden immunity idol, among other outwardly strategic moments. Even Jeremy’s closest companion on the tribe, filmmaker Mike White, cast his vote against Jeremy, resulting in a 9-1 decision, the cleanest-cut vote of the season thus far.

'Survivor David vs Goliath': How the First Tribal Council Played Out

Speaking with The Hollywood Reporter two days before filming began, Jeremy shared the widely held fear of getting voted out of the game early, for a very specific reason: Ponderosa, the place in Fiji where castaways are held after their time on Survivor ends. In Jeremy’s own words — which he exaggerated for impact, one imagines — the idea of spending a month at Ponderosa “is one step up from [finding out] you have cancer.”

“I hate Ponderosa,” Jeremy said at the time. “It’s the largest driving fuel right now. Before I got out here, I never thought [my biggest fear] would be Ponderosa. On TV, it looks like an oasis. It’s fine! But there’s absolutely no Internet, no TV, nothing. I know when you’re off the show, you go back there and you’re doing stuff, but it would be devastating, because it’s not like you get to go home and be with your family. You just go back, and nobody’s there but you. Slowly but surely, [other players] come, but they might be people you don’t really like.

“If you’re going to spend 39 days of your life doing something, you at least want to get in it,” he continued. “That’s my biggest fear. What happens if I have to spend 36 days doing nothing? That’s devastating. Every time I’m at Ponderosa, I think about Franceca [Hogi, the first person voted out in two different Survivor seasons]. She spent 72 days here. That’s a large stretch of your life where you contemplate, ‘Did I make the wrong decision?’ Seventy-two days of being disconnected from the entire world. I’m not writing a book! I’m not working on a screenplay! I’m just sitting there, doing absolutely nothing. My heart goes out to these people. I don’t take the elimination lightly.” 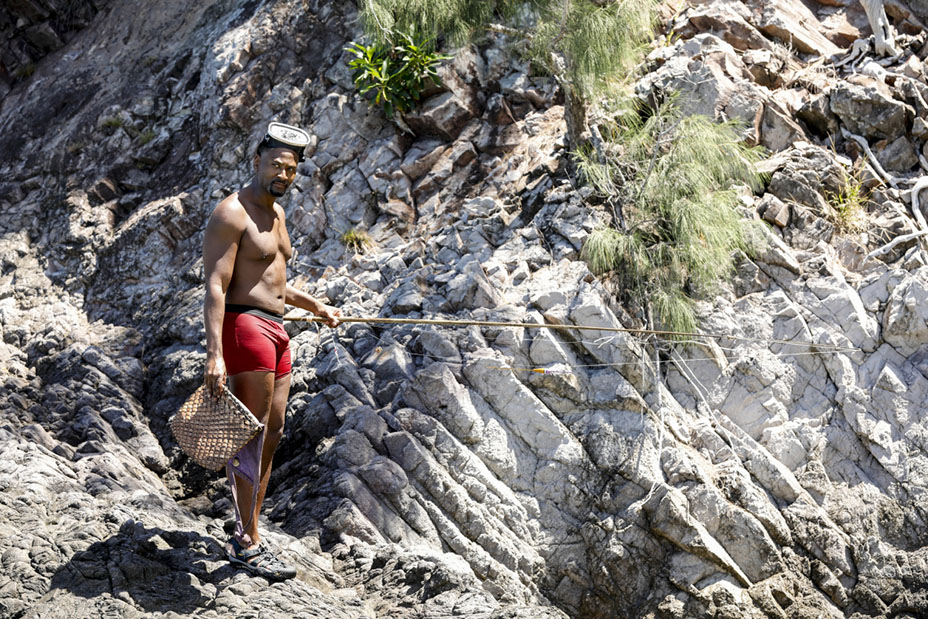 If it’s any consolation for Jeremy, if he’s revisiting these words, it’s this: At least he survived nine days into the season, shortening his Ponderosa sentence. What’s more, Survivors voted out in the pre-jury phase of the game eventually leave Ponderosa for a short vacation abroad; at least it’s a change of scenery!

Another possible consolation: Jeremy at least called his shot early on his own possible downfall in the game. During his conversation with THR, Jeremy identified himself as “a truth-teller and a spirit-reader,” someone who senses other people’s essences and core personality traits. Such an ability could prove invaluable in a game like Survivor, given the critical importance of cutting through lies. But even Jeremy saw a downside in this skill, one that bore out on the show.

“People don’t want to hear the truth sometimes. You need to figure out timing, especially out here,” he said. “People are lying to themselves, and you have to figure out if they’re ready for the truth or not. That’s not just Survivor. That’s life! I’ve been good at navigating that through life. The question is, on a 39-day challenge, how many people are ready for it?”

As Jeremy put it then: “Do I tell you [the truth], or do I just eliminate you? Some people, I’m going to have to tell, because I’m going to need allies. ‘You would be a good ally, but you’re doing this. Can you stop doing this?’ Are they going to be upset, or are they going to say, ‘He was right! I’m doing this too much. Let me work with you.’ That’s a very difficult question. Will this person be able to say, ‘This is my Achilles’ heel. This person pointed it out to me. He wants to work with me.’ Or will they say, ‘I don’t like that he said that. I want to get him out.’ That’s the million dollar question.”

The million dollar question indeed, and Jeremy wound up finding the tragic answer when he chose to tell “Napalm” Natalie Cole the truth about her “lack of self-awareness,” as he saw it. Sometimes, the truth sets you free; other times, it sends you to Ponderosa.