[This story contains spoilers for the eighth episode of CBS’ Survivor: David vs. Goliath, “You Get What You Give.”]

Years from now, when Survivor fans look back on the events of David vs. Goliath, a slew of memories are likely to come to mind: the season-opening medical evacuation, Natalie Napalm and “Jacketgate,” just to name a few. But as far as living up to the marquee matchup promised in the season’s title, the eighth episode will stand out first and foremost as the one where David finally broke out the slingshot and slew Goliath — in a manner of speaking, at least.

The second Tribal Council of the post-merge game culminated in a head-to-head battle between old tribal lines, as all former members of Goliath stuck together to pummel the Davids into the ground. Their intended target: Christian Hubicki, the robot scientist who was rightly identified as one of the most powerful players in the game. Despite all seven Goliath votes landing on the man, Christian still survived the night, thanks not to his own ingenuity, but to a brilliantly timed and guarded immunity idol played by the David tribe’s very own Davie Rickenbacker.

'Survivor David vs Goliath': Alec Merlino Strikes into the Merge

With Davie playing his idol on Christian, thereby negating all the Goliaths’ votes, aspiring jacket collector Angelina Keeley convinced S.W.A.T. cop Dan Rengering to play one of his two hidden idols on her behalf, with the assumption that the Davids were voting for Angelina. As it turns out, they were partly right: Two votes landed on Angelina … and then three more landed on professional wrestler John Hennigan, sending the mayor (and viewers alike) straight to Slamtown — or Ponderosa, more accurately, where he will spend the remainder of the game serving as the second member of the jury.

John’s blindside constitutes the biggest move of the season thus far, marking a huge power shift in the game. While old Goliath still outnumbers old David with six players against five, the Davids have two secret weapons up their sleeves: Carl Boudreaux’s idol nullifier, as well as Nick Wilson’s vote steal — which, as the name implies, allows him to steal a vote from anyone in the game. Theoretically, if Nick plays the vote steal at the next Tribal and his original tribe stays strong, the Davids could knock out a Goliath next and even out the playing field, five-to-five. He could also hold onto that advantage for a bit longer yet, and see if some of the original Goliaths will consider flipping on their own kind in the wake of John’s unexpected exit — the possibilities are wide open. 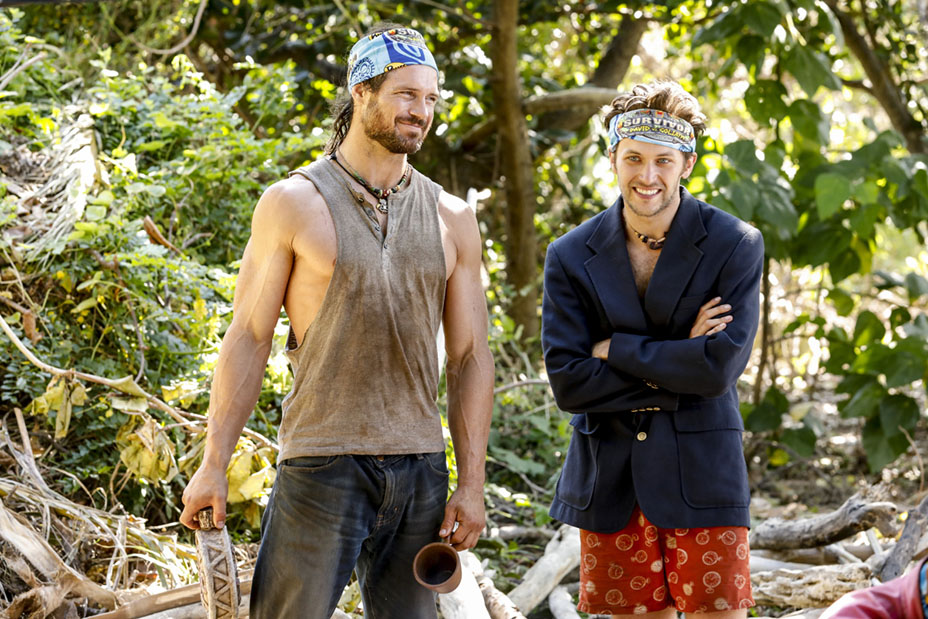 In the broader thematic sense, the defeat of John Hennigan is nothing short of the fulfillment of the season’s promise. Speaking with The Hollywood Reporter on location in Fiji mere hours after the season began production, Survivor executive producer and host Jeff Probst identified the highly accomplished wrestler as the Goliath tribe’s poster boy: “In many ways, John is what you think of when you think of the Goliath. He has the long hair, he’s gigantic and physically fit, he talks with a deep voice and looks right at you when he talks. You wonder if he’s thinking about putting you in a headlock and knocking your head in.”

Conversely, Probst described the David tribe’s Christian as John’s opposite number, if only visually: “At his core, he’s a David. He was bullied when he was a kid. He was odd, he was nerdy, he was the kid people didn’t know what to make of because he wasn’t a jock. Little did they know what was brewing in his brain would start changing the world 20 years later. To overlook him would be a mistake.”

While Christian himself wasn’t the one who organized the move against John, he did vote correctly, casting his ballot in the pro wrestler’s direction alongside Nick and Davie. While Nick is the one who has been yammering all season long about finding his slingshot, it’s Davie who correctly used his idol to protect Christian, setting up their three votes to do the proper amount of damage against John. In this way, the power of those three votes combined with the affective idol play (the first idol played this season, mind you) form the metaphorical slingshot that brought the most “Goliathy” Goliath tumbling down — a move so beautifully executed both strategically and thematically that it feels like it was scripted, perhaps even by Mike White. Instead, it’s simply a testament to the riveting roller coaster ride of Survivor, the latest high in what’s already been one of the most consistently exhilarating seasons in recent memory.

Of course, the power play comes at the expense of “the Mayor of Slamtown,” John Hennigan, one of the most enjoyable presences of the season. During his eight episodes on screen, John certainly busted out his fair share of one-liners — but only for the cameras, never as a means of taking down his fellow castaways. John’s agreeable nature speaks to how he wanted to play heading into the game, based on what he told THR on location.

“This island is really about me versus me,” he said in the hours leading up to game time. “That’s what defines Survivor. It’s the ultimate test of who you are. At times, to bond with people? Sure, I’m a pro wrestler, but there’s probably a teacher out here, and a cop and an animal wrangler. Who knows who’s out here? But on a very base human level, we’re all people. We’re all vulnerable. We all have similar hopes and dreams. I’ve been on this express train of professional wrestling for so long, that this feels like a really awesome opportunity for me to get off of that and bond with people without social media and all that bullshit, and really take myself on.”

“Can I do this? Can I survive out here? Yeah,” he added. “Can I bond with people and live for 39 days without my Instagram account? Probably! But the real question for me is this: Can I be happy doing that? Ultimately, I feel in order to win this game, you have to be happy. You have to be willing to be uncomfortable and not exude crap energy. You have to hold that uncomfortable card close to the vest and deal with that personally, while putting positive energy out there. You don’t want to bring people down around you. I’m excited about that. It’s easy to be the Mayor of Slamtown in the wrestling ring. But to be John Hennigan out here on an island and be uncomfortable, cold, hungry and vulnerable with a group of [new] people? It’s something I’ve never done.” 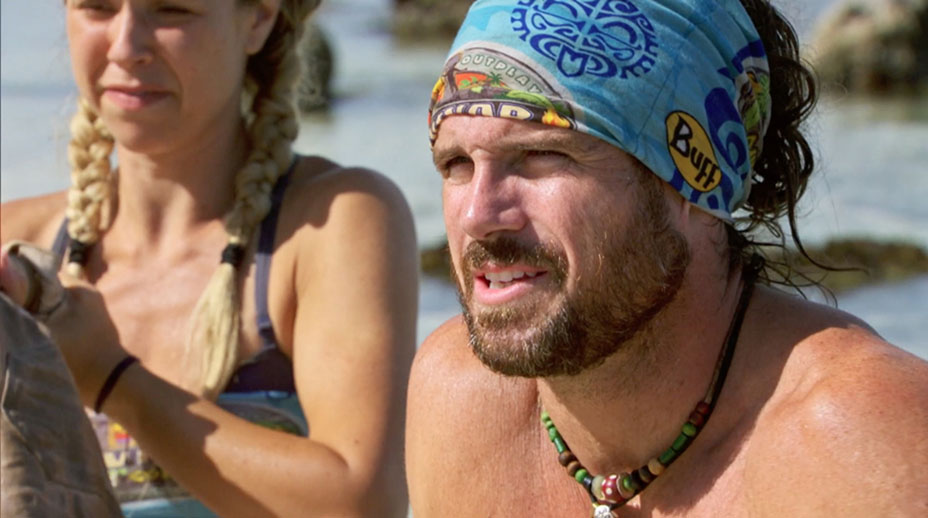