[This story contains spoilers for the season finale of CBS’ Survivor: David vs. Goliath, “With Great Power Comes Great Responsibility.”]

Survivor fans, meet your new champion: Nick Wilson, the public defender from Kentucky and sole surviving member of the David tribe, is the winner of Survivor: David vs. Goliath. (Read our full interview with Nick here.)

Nick earned the Sole Survivor title at the climax of the two-hour finale, in which he unexpectedly lost a key ally in Davie Rickenbacker, participated in the not-quite-a-blindside of Alison Raybould, and sent Kara Kay to her doom in the form of the final four fire-making challenge, a new Survivor staple since season 35. With those three opponents out of the way and three consecutive immunity challenge wins under his belt, Nick walked away from the season’s final Tribal Council with enough votes in his favor to win the title, defeating longtime allies Mike White and Angelina Keeley of the Goliath tribe.

“I went through tons of ups and downs in this game,” Nick said before the final vote, pleading his case to the jury. “It’s what I’ve always known: fighting my way out of struggles. I’ve done it my whole life.” 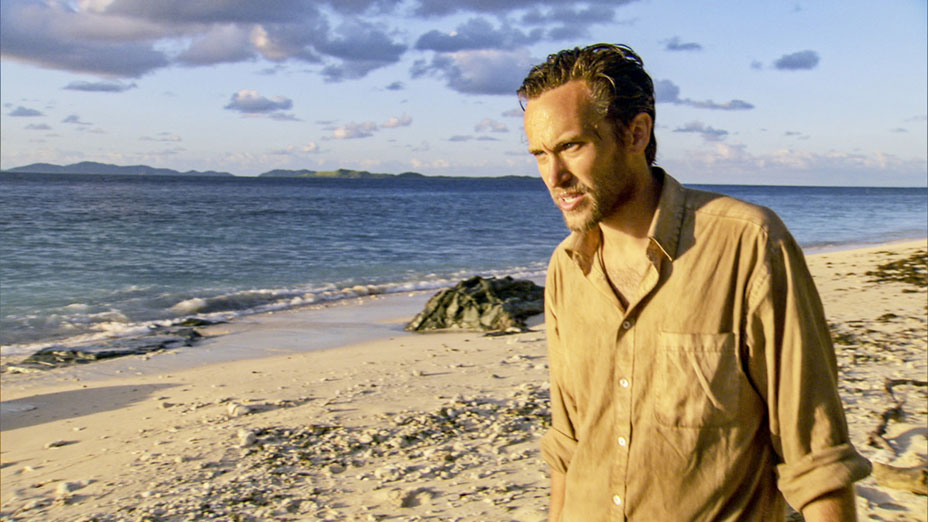 How did Nick fight his way through the Survivor struggle? The story begins with the opening moments of the season, shortly after the David vs. Goliath theme was revealed, when Nick openly informed host and executive producer Jeff Probst about the biblical David’s journey from underdog to king. True to that arc, Nick is now the proud owner of the David vs. Goliath crown, and the million dollar prize that goes along with it.

'Survivor David vs Goliath' Winner Walks Through the Path to Victory

It wasn’t an easy road, certainly not at the start, with literal and strategic storms alike raging throughout the 39-day crusade. Indeed, based on several accounts, Nick almost walked away from the season premiere as the first player voted out of the season — a fate he may have suffered if not for Pat Cusack’s shocking medical evacuation, which spared the Davids from having to attend Tribal Council. For his part, in an in-game interview with The Hollywood Reporter, Nick claimed he would have survived that first vote: “I would have certainly gotten votes at the first Tribal Council, and I am glad we didn’t go, but I can’t count six votes against me.”

'Survivor David vs Goliath' Finale: Everything to Know

Nick’s luck swiftly changed when he linked up with robot scientist Christian Hubicki, the Dixon to his Mason. The two of them joined forces with others on the David tribe to eliminate Jessica Peet, the first person voted out of the season, albeit the second person eliminated due to Pat’s medical crisis. One vote later, the David and Goliath tribes dissolved, spreading the players into three new groups. After the swap, Nick found himself clad in old Goliath purple on the newly formed Jabeni tribe, alongside veritable force of nature Natalie “Napalm” Cole, the first person voted out of this group, jacket and all.

During the Jabeni days, Nick linked up with filmmaker Mike White and formed the two-person alliance known in most circles as “The Rockstars,” and in weirder corners of the Survivor fandom as “The Cats.” (Regarding the many nicknames Nick granted to his alliances, he told THR: “I started naming alliances just to have fun, then I noticed Elizabeth and Christian both felt a very close bond with me, and began to wonder if the naming of the alliance had anything to do with it. If not, then at the very least it was fun to call Christian ‘Dixon,’ or to strum an air guitar with Mike.”) The Rockstars, as well as Angelina, survived the Jabeni jungle together, taking out Lyrsa Torres in what they described as the most “pivotal” vote of the game — a questionable notion at the time, but less so now, seeing as Nick, Mike and Angelina ended up in the final three together.

With that said, these three players did not always vote together through the post-merge phase of the game, as Nick himself expressed irritation over the Goliaths’ unwillingness to play ball with the former Davids. “The Goliaths would walk out onto the beach and talk and strategize together for hours,” he previously told THR. “The frustrating part for me was that they didn’t even hide it, and it was almost insulting.”

Those perceived insults became cause for inflicting injuries on Goliath, as Nick became a driving force in the temporary David comeback. First, he helped engineer an elaborate minority split-vote plan in which Nick, Davie and Christian’s three votes would be enough to topple John Hennigan, the wrestler better known as “The Mayor of Slamtown,” despite a total of 12 votes in play. In the very next round, Nick used a hidden advantage to steal a vote from Alison, swinging the majority back to the David tribe and guaranteeing the elimination of Dan Rengering, alias “Hot Cop,” whose demise was more popularly attributed to the historic idol nullifier play from Carl Boudreaux.

“I wanted to misdirect who we were voting for in hopes of tricking Dan into playing his idol on Alison,” Nick told THR about the strategy behind his vote-steal play. “If Dan played his idol on Alison, then Jeff would not have revealed that an idol nullifier had been played, or even existed, and the vote steal would get all the credit for the big move.”

After eliminating John and Dan, the David coalition recruited the rest of the players into their fold for one round only, unanimously ousting challenge beast and social threat Alec Merlino. With the three biggest Goliath men out of the game in back-to-back-to-back votes, it looked like smooth sailing for the Davids … the perfect occasion for an unexpected storm, in the form of Christian and Gabby Pascuzzi flipping away from the Davids in order to knock out Carl, one of Nick’s closest allies. (Nick and Carl operated as “The Rattlers,” according to the eventual David vs. Goliath winner, despite the name never airing on television.)

In Nick’s eyes, Christian’s move against Carl was a clear violation of the “Mason-Dixon Line,” thereby ending their partnership. His opportunity for vengeance coincided with Gabby’s own desire to vote out Christian, though the attack was successfully defended when Christian brandished an idol from deep within the recesses of his shoe; Gabby got the boot instead, the victim of Nick’s counter-Christian backup plan. 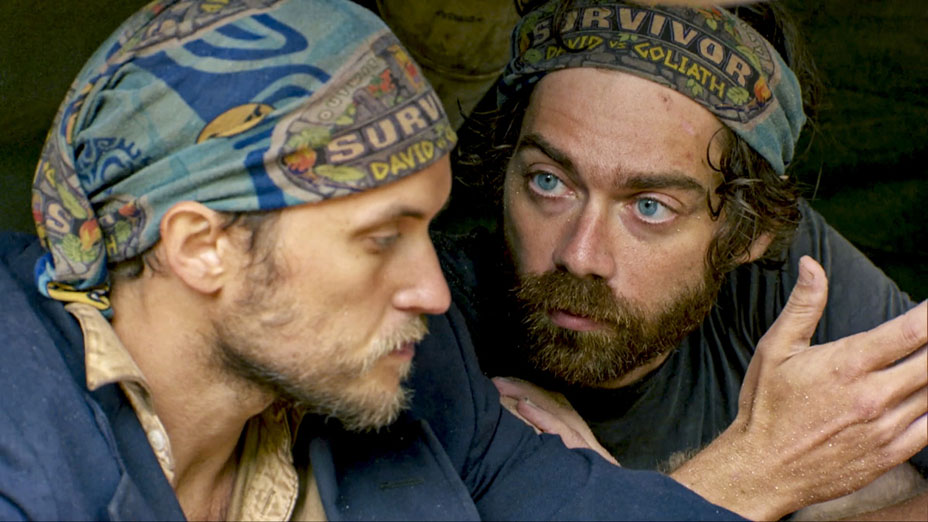 One vote later, Nick bounced Christian from the game, but not without a severe cost: his own hidden immunity idol, earned a couple of episodes earlier. Right before the final seven Tribal Council, Nick was alerted to the fact that he was now being targeted by Davie, one of his closest friends and allies. (Nick and Davie’s alliance nickname, “Team Dick,” never made it on air; one wonders why.) Hours later, Davie played an idol on himself, as it was set to expire that evening. In response, Nick played his idol as well, afraid he was about to fall victim to Davie’s plan. Ultimately, the idol play wholly unnecessary, as Nick received zero votes, while Christian was sent sailing out of the game.

“He’s very clever, as clever as I assumed he was,” Christian recently told THR about his reaction to Nick’s game, watching it back on television. “I actually feel very validated watching Nick on the show. I’ve been thinking: ‘OK, he was always smart and scheming. I was right to always have one eye open around him.’ It looked like I trusted him completely on the show, but really, I knew he was going to come for me at some point soon. At least, that’s what it felt like. I don’t feel like I was disproven by what I’ve seen on television.”

Despite losing his idol right before the final days of the game, Nick managed to protect himself by winning the season’s final three immunity challenges, a mixture of puzzle-based battles and endurance competitions. (Indeed, the final challenge of the season was ripped straight from the pages of Survivor: Tocantins, which culminated with the famous power duo of J.T. Thomas and Stephen Fishbach in the final two; throughout the season, Nick’s play style has been described as a combination of both those players.) While the final push wasn’t without some speed bumps (most notably Mike and Angelina’s decision to vote out Davie without giving Nick the head’s up), the sole surviving David was able to fight through and become … well, the Sole Survivor.

“If you’re in this game and you have any fight in you — if you have a breath left in your body — this game is worth playing,” Nick said in his closing remarks. “I was a David the entire game, and I had to find whatever slingshot I could, whether it be the social game or the strategic game or the immunity wins, an advantage, an idol, new relationships, old relationships … whatever it took. I had to find my slingshot, and I had to use as many stones as I could find.”

Follow THR.com/Survivor for more coverage of the finale, including interviews with the finalists.