In the aftermath of last week’s utterly bizarre “Jackets and Eggs,” Survivor David vs. Goliath coated the battlefield with further bloodshed — both literally and figuratively.

Following Natalie Cole’s elimination, the purple-buffed Jabeni tribe once again lost out on immunity, slimming the group down from four to three. The victim of the vote: Lyrsa Torres, the purple-haired underdog who narrowly survived the two previous Tribal Councils she attended. With the merge on the horizon, Lyrsa’s tribe mates Mike White, Angelina Keeley and Nick Wilson made the choice to stick together, basing their decision on three factors: trust, loyalty and strategy.

“If there’s a merge,” Angelina reasoned, “you have to think about: ‘Who do I trust, who trusts me, and who makes the most sense to be connected with me in this game?'”

“There could be a war coming,” agreed Nick. “Right now, I’m picking the brothers and sisters I’m fighting beside and fighting with, not fighting against.”

The latest Tribal Council lacked the same level of napalm featured in the three most recently voted out players, especially as it involves a certain all-powerful Goliath. But as several members of the Jabeni tribe pointed out, this latest vote was quite likely a pivotal moment for the season at large, not just for the castaways in immediate danger. Heading into Tribal, the numbers on the battlefield were evenly split between the former David and Goliath tribes, at seven a piece. No matter who left in this latest episode, the balance would shift toward one side or the other.

“Our decision tonight doesn’t just impact our games here,” said Mike, “but everybody playing the game on the field.” 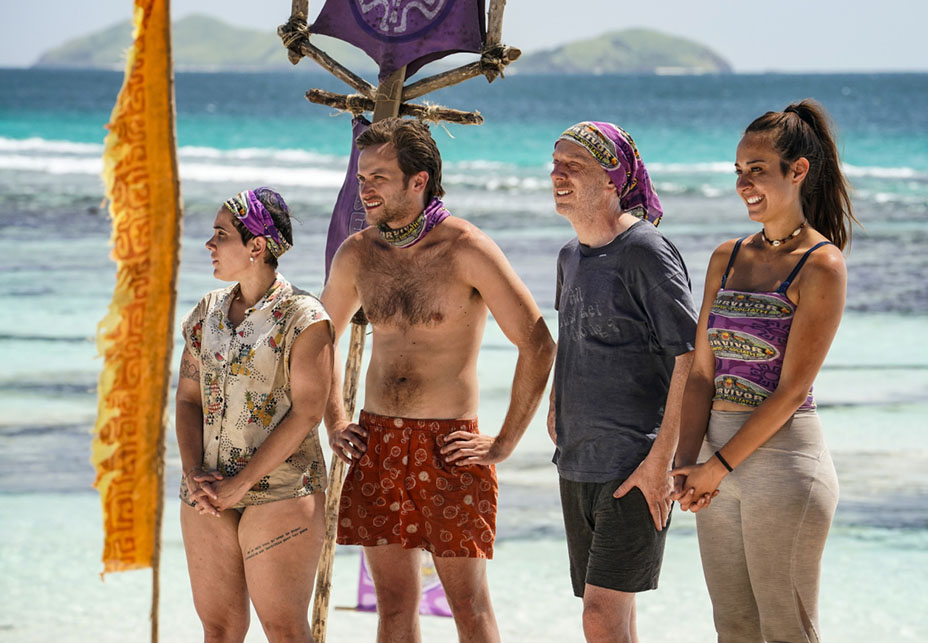 In siding with Mike and Angelina, Nick tips the scales in favor of the Goliath tribe — or so it would seem on paper, at least. In reality, Goliath may be more fractured than they seem, given Alec Merlino’s decision to turn against Natalia Azoqa two Tribal Councils ago, not to mention the two different David-Goliath blends emerging over at the Tiva tribe in the form of Gabby Pascuzzi and Alison Raybould’s partnership, as well as the “Brochacho Trio” of John Hennigan, Dan Rengering and Christian Hubicki.

With the merge on the menu in next week’s episode, Survivor fans are about to witness the next evolution in the war between the David and Goliaths — but sadly, Lyrsa won’t be a part of the action. Lyrsa, who fought hard and literally shed blood alongside her fellow Jabeni tribe mates during this week’s immunity challenge, has now become the seventh player eliminated this season. Hours after production began on the season, The Hollywood Reporter spoke with host and executive producer Jeff Probst, who made his prediction about Lyrsa’s chances in the game.

“Lyrsa is either going to have a very short run, or she’s going to be here for a while,” Probst told THR while speaking on location in Fiji. “Working against her will be her feisty, defensive, ‘Don’t tell me I can’t do it, because I’m going to fight you to show that I can’ [attitude]. Working for her is the fact that she really is an underdog, and she’s used to it. Being gay as a young woman was probably tougher than she’s talked about — her family, and the way they dealt with it, and her rebellious side. But that’s my concern about her, that she could pick a fight with somebody, and then she’s out.”

Lyrsa’s fate didn’t quite pan out as Probst predicted, as her torch was snuffed just shy of the season’s midpoint. As for any potential “feistiness,” Lyrsa did wage memorable battles against Natalie and Angelina over the instantly legendary “Jacketgate,” which spilled over somewhat into her final days of the game. For her part, speaking with THR in the aftermath of “Jackets and Eggs,” Lyrsa was very open about fighting through the game with a constant target on her back.

“It was very difficult,” she said. “The elements were a concern, but I was questioning more why people thought I was weak, especially when I was never the last one in challenges. I was drinking water, eating whatever we could find [including] worms, which I shared with Elizabeth in the David’s camp. I think I was the only person sleeping eight-plus hours every single night. I was even having dreams — good ones! I did question myself at challenges because I wanted to perform well. I think my mistake was telling people on the first day I was tiny and chunky. I put doubt in their minds. I had to work really hard to at least not be the last one. In the real world, I usually get along with everybody, and I don’t think I rubbed that many people wrong, but I am clearly different. I come from another culture, so I had to be very careful how I said things because I didn’t want to offend anybody — at least not on purpose.” 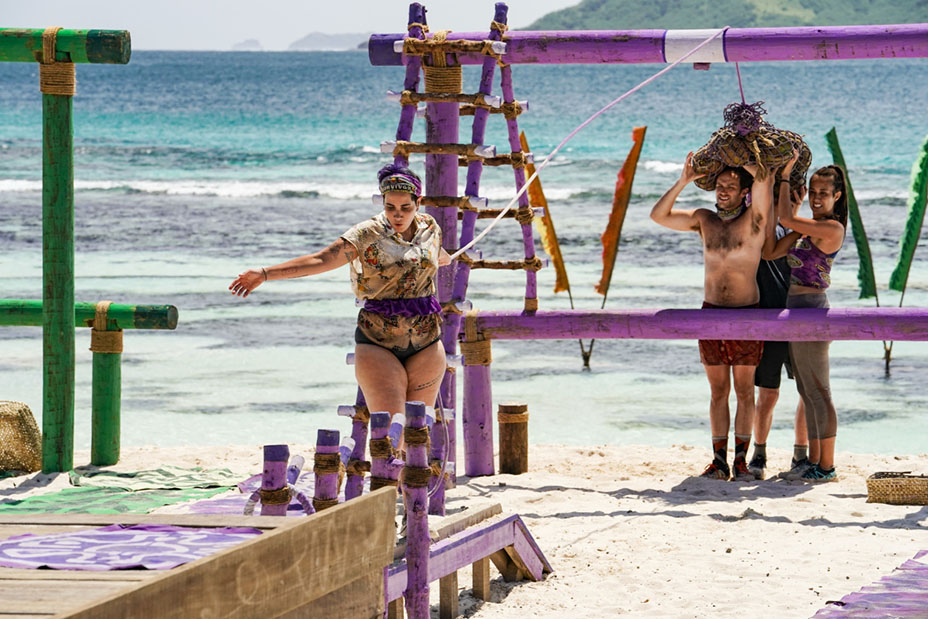