It lurks in the jungle, jutting out from the ground like an ancient colossus’ hand: Tribal Council, the site of the most sacred Survivor ritual of them all. For the upcoming season, debuting September 26, the various castaways will find themselves voting each other out in a place specifically designed to match the latest Survivor theme: David vs. Goliath, a head-to-head battle between people from two distinct walks of life.

“Tribal Council was centered around the idea of an ancient arena where battles once took place and in the thousands of years since, it has become a toppled ruin,” executive producer and host Jeff Probst tells The Hollywood Reporter about the expansive set. “When you enter tribal, you definitely feel the power of the past.”

'Survivor: David vs. Goliath': Jeff Probst Reveals Everything to Know About Season 37

Indeed, the power of the past was very much on the mind of the person who designs Survivor‘s Tribal Council sets: art department mastermind Dax Pointon, who describes the David vs. Goliath iteration as “gladiatorial and one-on-one.”

“The first thing we thought of was some sort of battle arena, which doesn’t really lend itself that well to tropical islands,” says Pointon, speaking to the show’s shooting location in Fiji, which has housed Survivor for the past several seasons with no end in sight. “The closest we could think of with civilizations as backdrops that would have this kind of context in a jungle was something like the Aztecs, or even several Polynesian cultures, like Maoris. Any sort of island warriors. That’s where we sprung from.” 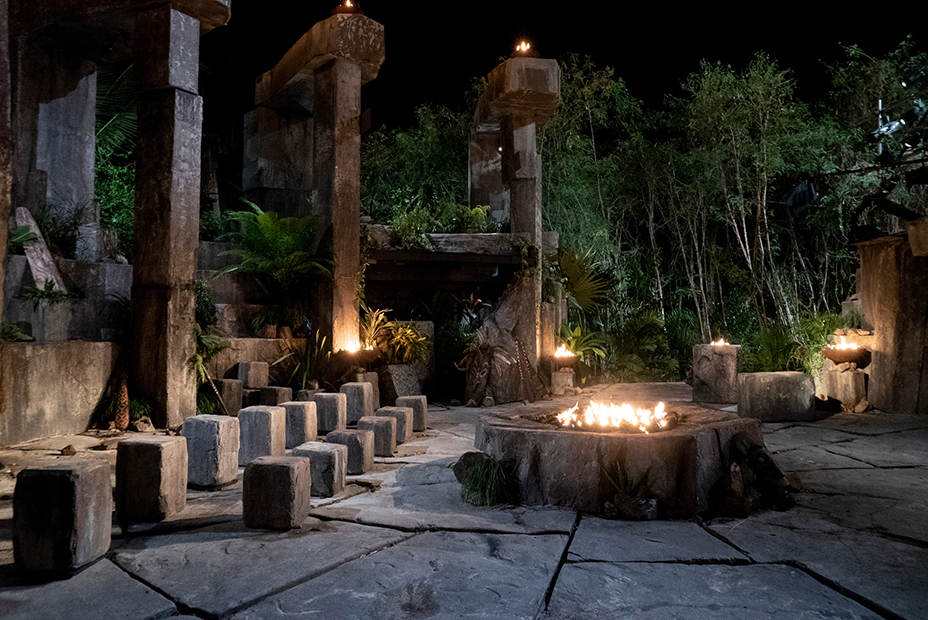 “We did a blend of all those different cultures, blended in with colorful feathers and warrior masks and shields and things of that nature,” Pointon continues. “We got an Aztec calendar dial with Polynesian influences in there, with almost a tiki face. It doesn’t feel like that much of a leap in imagination when you look at it and take a step back and think about how some of these cultures worked with massive stones. It all came together in a way that seems natural.”

Beyond its mythical quality, Tribal Council takes on a new practical quality for the upcoming season, built to accommodate a new twist thrown into the game: the idol nullifier, an advantage that gives players an opportunity to counteract against a hidden immunity idol. (Read more details on the idol nullifier here.)

“We decided to elevate the voting booth so that players can no longer see what is happening when someone is voting,” says Probst. “We initially did this to accommodate a new twist called the idol nullifier that plays out in the voting booth, but once we saw it, we decided we would probably stick with it for all future seasons as it gives another layer of scope and dimension.”

An increase in scope and dimension is very much on the Survivor team’s minds as new forms of film technology allow them to capture the show in increasingly inventive fashion. “We have to think cinematically,” says Pointon. As a result, Pointon and his team are designing their Tribal Council sets to feel immersive and lived-in, birthed from their own universes of story. The effort allows players and audience members alike to look at the Tribal set and make their own interpretations about its fantastic backstory — whether they see a fallen golem’s hand jutting out from the ground, an old and weathered coliseum, or any other interpretation on the board.

“People draw what they want to draw from it,” says Pointon. “You may have seen a hand. Other people may see a clock or a dial. Everyone gets something out of it. That’s what’s great [about our process]. I like to go back to basics and think about it as if it’s real, even if we’re making it up. We give it its own backstory. What was it doing out here? Why would it have been like this? Who built it? What was it made from? That way, people connect the dots and come up with their own stories.”

“In many ways, Tribal is Survivor,” adds Probst. “If I could treat a Survivor fan to one thing, it might be the design and construction of Tribal Council, because it embodies so much of what the show is about. There is always a theatrical nature to the design, so that players feel a history — there is also a quiet intimacy when we are engaged in the discussion of who is going home.”

Take a tour of Tribal Council in the photos ahead. 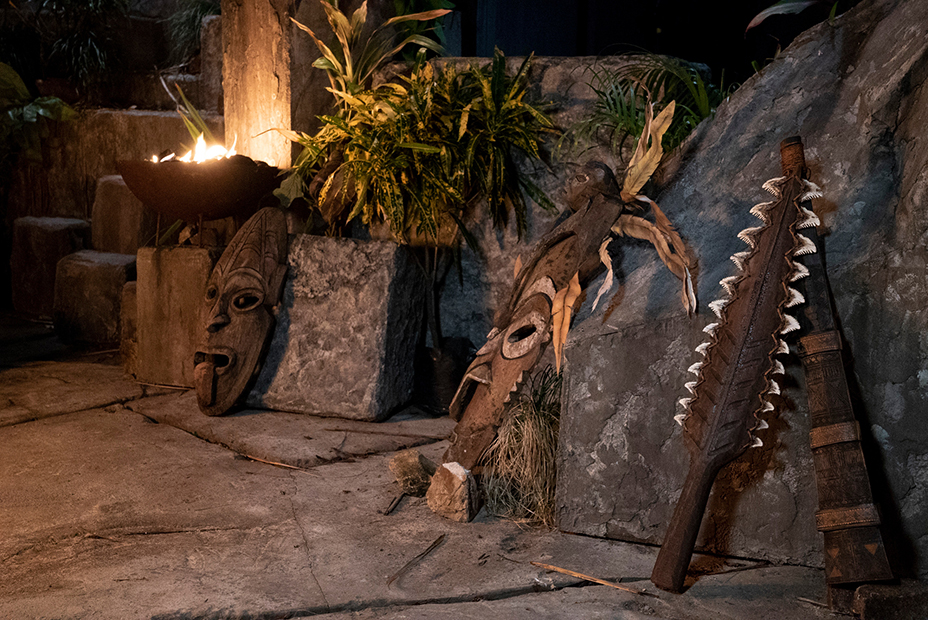 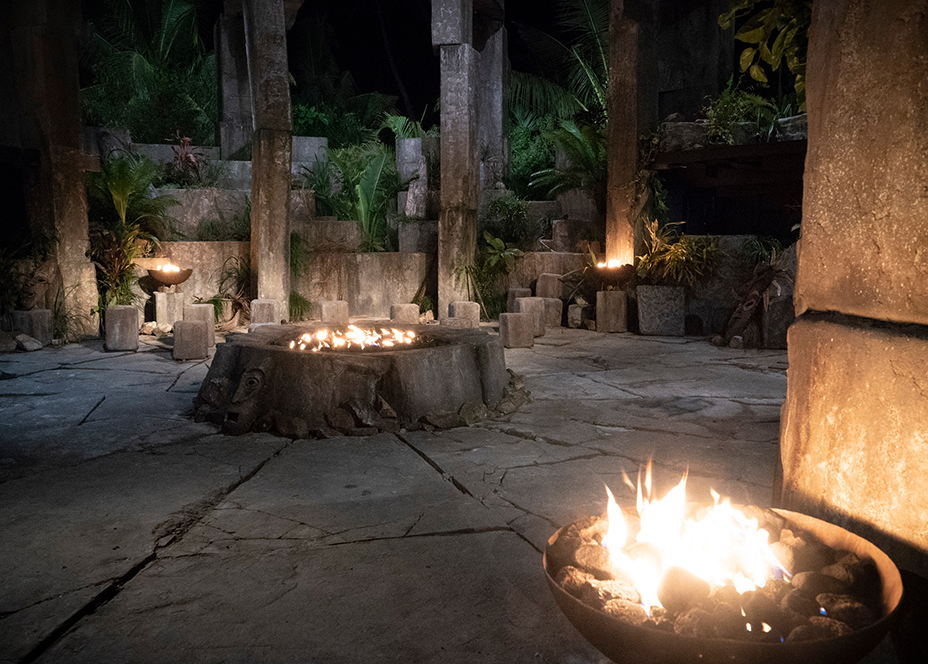 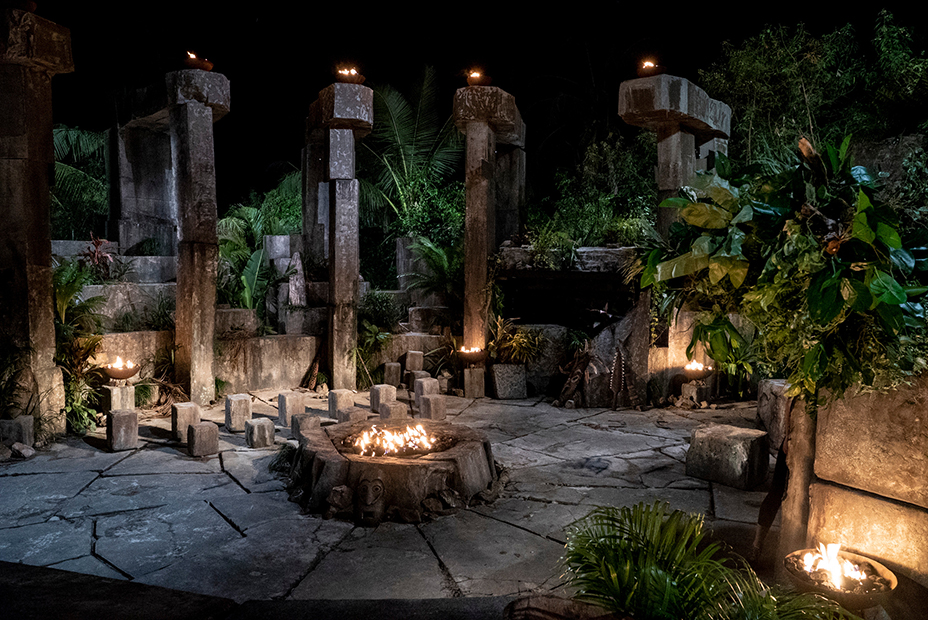 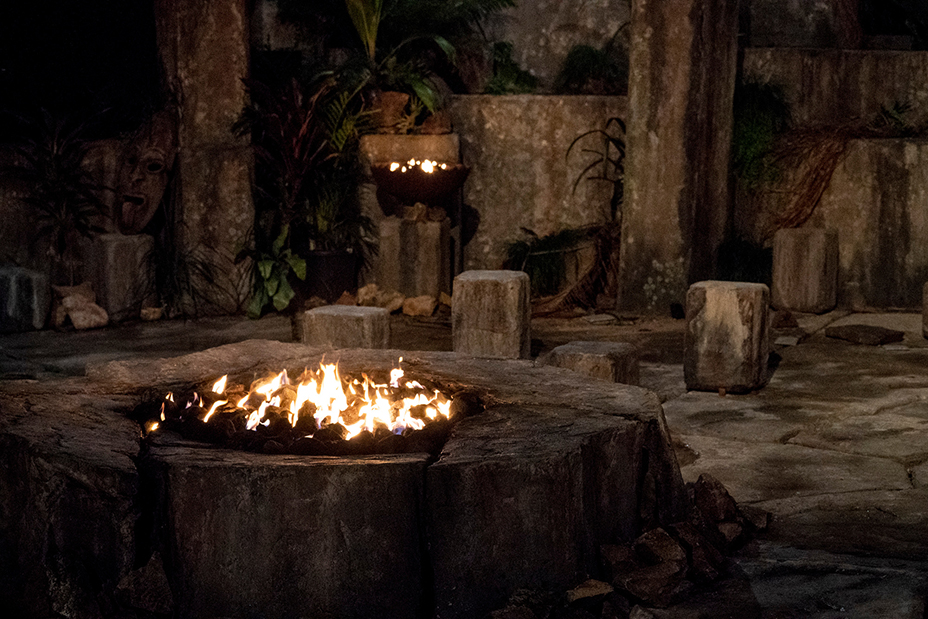 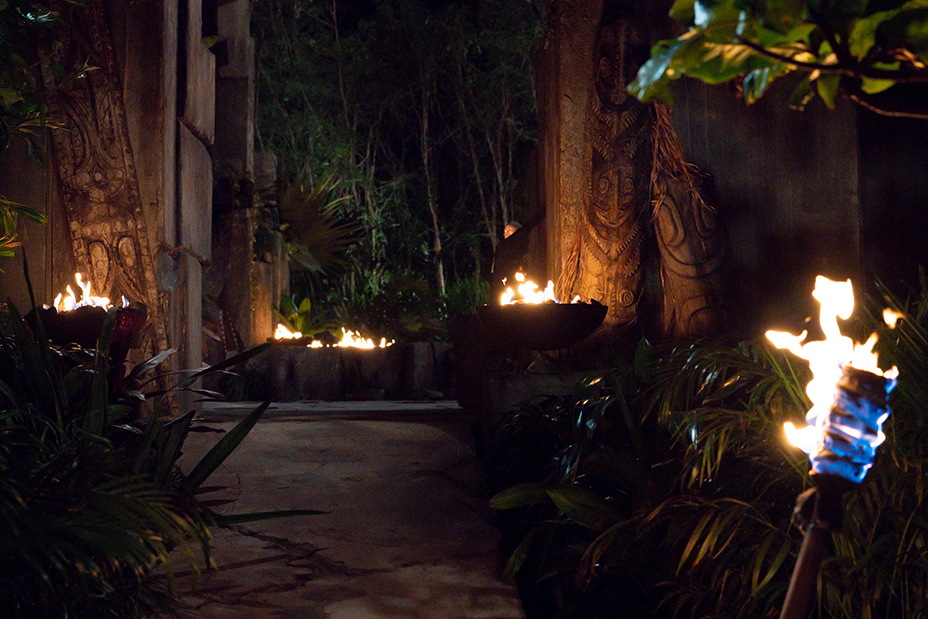 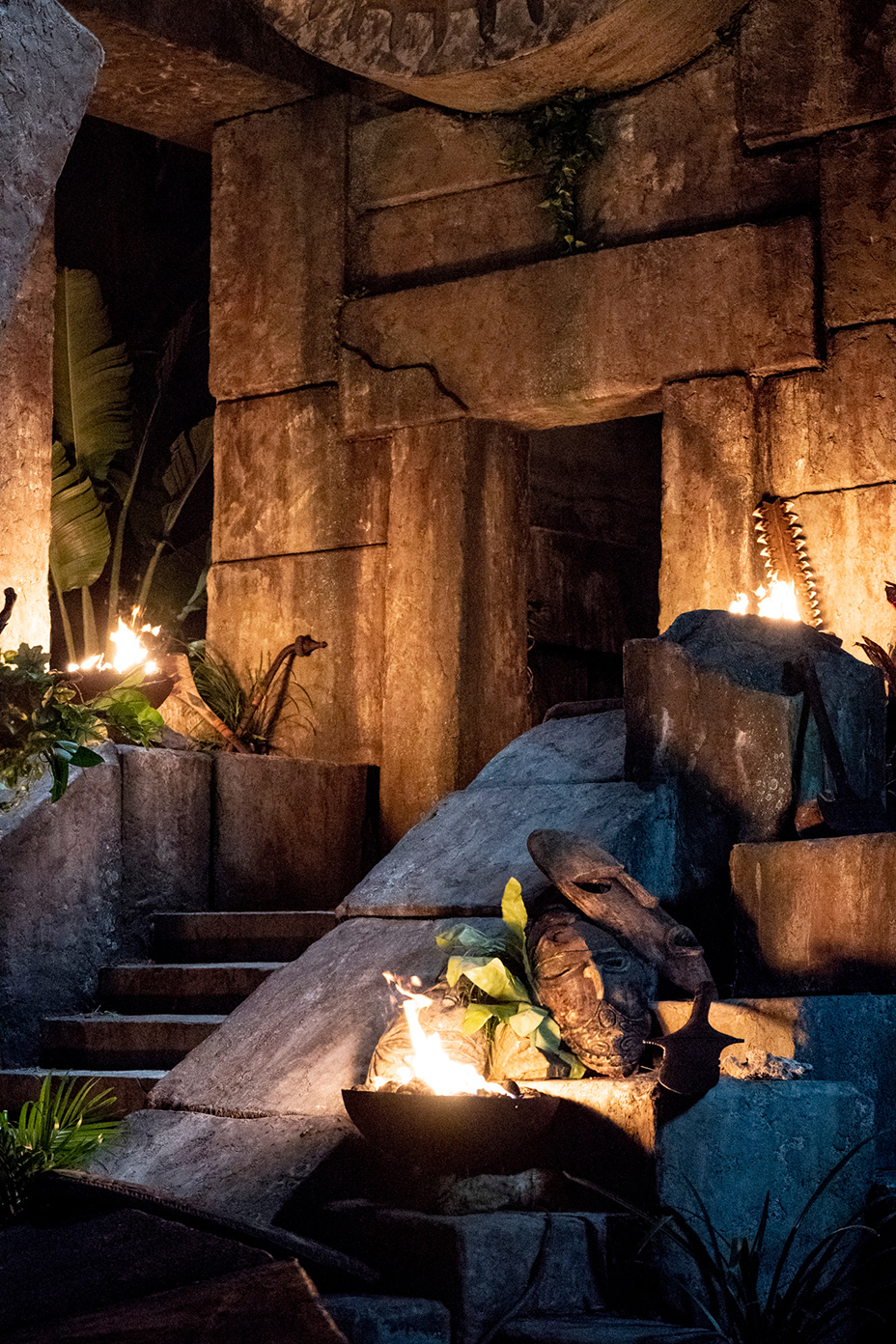 Follow THR.com/Survivor for more coverage of David vs. Goliath and beyond.