[This story contains spoilers for episode five of CBS’ Survivor: David vs. Goliath, “Jackets and Eggs.”]

Storms savaged Survivor: David vs. Goliath this week — in more ways than one. First, it came in the form of a cyclone so severe that the entire cast was evacuated from their camps for one evening. A second, less literal storm arrived later in the episode via Natalie Cole, alias “Natalie Napalm,” whose feud over subjects as simple as jackets and eggs led to her elimination from the game.

The episode, appropriately titled “Jackets and Eggs,” featured dramatic moments in all corners of the David vs. Goliath universe: the aforementioned cyclone, fallout from Alec Merlino turning on Natalia Azoqa and Dan “Hot Cop” Rengering getting his hands on a second hidden immunity idol, among other events. But the climactic action boiled down to boiling tensions between Natalie and her tribe mates — specifically Nick Wilson and Lyrsa Torres of the David tribe, as well as filmmaker Mike White.

All three castaways were rubbed the wrong way over Natalie’s forceful insistence on boiling every single egg the tribe won during the week’s reward challenge, and rubbed even worse when Natalie attempted to sway Nick and Lyrsa into giving up their jackets in order to stay in the game.

“I’m in sales,” Natalie eventually reasoned when pushed on the issue at Tribal Council. “I saw it as a negotiation, not bullying. It’s leverage.” 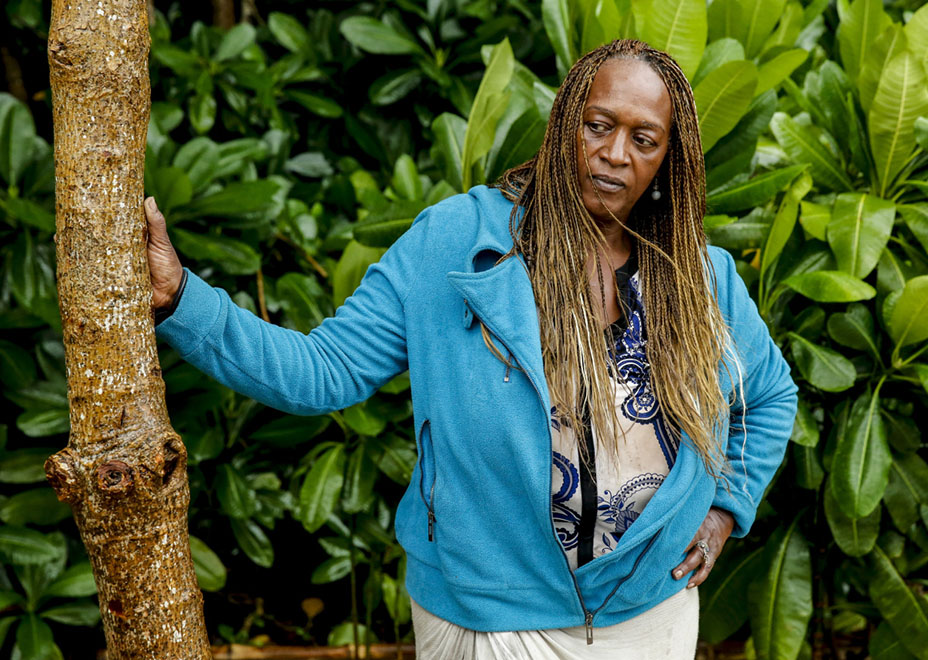 The publishing CEO’s aggressive tactics irritated Mike White so much that he flipped on his old “Goliath Strong” loyalties in order to vote out Natalie. In the preseason, speaking only one day before filming in Fiji commenced, Mike told The Hollywood Reporter he was worried about Natalie heading into the season: “I’m not sure what’s going to happen once she has to move a 300-pound trunk across the ocean floor.” If the trunk is a metaphor filled with 300 pounds of jackets and eggs, we now know the answer to Mike’s question.

Looking back at how Nick and Lyrsa both viewed Natalie, consider their opinions heavily reversed between the preseason and this week’s Tribal Council. The day before the game began, Lyrsa described Natalie as “a relaxed person,” while Nick was even more optimistic about his relationship with his future Goliath rival: “If she’s on my tribe, or I make it onto a tribe with her, I really want to work with her. She could be in my final three, for sure.” Contrast that position against Nick’s parting words for Natalie: “You could make a preacher cuss.”

For his part, speaking with THR moments after the castaways launched into the game on day one, host Jeff Probst predicted Natalie would either “get in deep, or she’s going to be gone fast.”

“The reason is the same in both cases,” he said. “She’s a very strong woman. She’s a 56-year-old black, successful woman who takes no grief from anybody — ‘If you think I’m going to be your mom? You are mistaken. I’m not a mom. I’m a woman out here playing Survivor.’ The problem could be other people might look at her and want her to be the mom! When you’re that smart and you’ve been through as much as she has … you’re used to [a fast pace]. If people want her to hold their hand? There’s going to be a collision.”

Indeed, a collision even occurred between Probst and Natalie at Tribal Council, as they both butted heads over their assessments of the outgoing Goliath.

“Natalie, I think I just figured you out,” Probst said near the end of Tribal Council. “You always need the last word. Is that fair?” 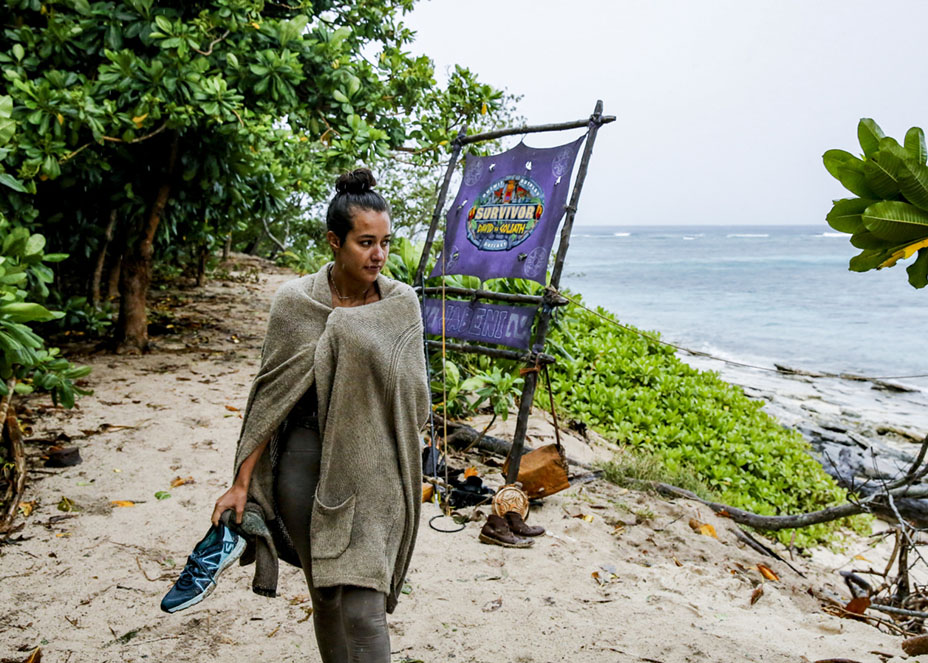 In the final moments of Tribal Council, it wasn’t Natalie who delivered the last word. That honor belongs to Angelina Keeley, Natalie’s fellow Goliath and Jabeni tribe mate, who had enlisted Natalie in the plot to take Lyrsa and/or Nick’s jacket (whichever one of them went home) in order to protect herself from the cold and dreary weather.

The one surviving member of the tribe who didn’t cast a vote against Natalie, Angelina, hugged the eliminated contestant after the votes were revealed. As Natalie surrendered her torch to Probst, Angelina piped up with one final pitch.

“Natalie,” she called out, “is there any way I can have your jacket?”

Natalie’s response? Stone-cold silence. A shivering Angelina quietly repeated the request through chattering teeth: “Natalie? Natalie?” But to no avail. Natalie walked away from the game with her jacket firmly in hand, even going so far as to wear it while delivering her episode-closing confessional.

“I didn’t give Angelina my jacket because I didn’t know if she was part of the reason why I’m out,” Natalie explained, speaking to camera following her elimination. “So why should I? I don’t have to. I chose not to. So I’m wearing it.”

How’s that for the last word?

Follow THR.com/Survivor for ongoing coverage of David vs. Goliath.