[This story contains spoilers for week two of CBS’ Survivor: Edge of Extinction, “One of Us is Going to Win the War.”]

There’s bing, there’s ding, and then there’s dang, one of the final words uttered by Keith Sowell, the second player voted out of Survivor: Edge of Extinction. But is he about to become the first one out of the game? That’s the big question coming out of the season’s second installment, as the episode ends with Keith’s fate left hanging in the balance — a rare cliffhanger ending for the series.

In “One of Us is Going to Win the War,” the new castaways on both the Kama and Manu tribes spend much of their time deliberating over targeting the four returning players: Joe Anglim, Aubry Bracco, David Wright and Kelley Wentworth. Only the latter two veterans have to seriously consider the matter, as Manu once again loses immunity, facing down Tribal Council. In anticipation of a future blindside, David makes plans to eliminate Wentworth early. The plan goes awry after Keith plays a pivotal role in the tribe’s immunity challenge loss, his second swimming setback of the season. In the end, the tribe decide to vote out Keith, sending him packing in a 6-1-1 decision.

Of course, thanks to the season’s signature Edge of Extinction twist, Keith exits Tribal Council with another shot at life, should he choose to travel to the desolate Extinction Island. As evidenced in the episode’s opening sequence, life on the island isn’t exactly pleasant; Reem Daly is living proof. Heading into the season, executive producer Jeff Probst was of the mind that virtually every player will choose to go to Extinction, rather than call it quits and go home.

“If we cast the show well and we have people who really want an adventure, I anticipate the first person says, ‘Oh, hell yeah. I’m going,'” Probst told The Hollywood Reporter out on location. Days after he made that prediction, Reem was voted out, and lived up to the host’s expectations by taking the trip to Extinction. Controversial new concept off to a smooth start.

But even in that same conversation, Probst allowed for some wiggle room on his prediction: “Depending on who it is and why they were voted out and what the first three days were like, they may say, ‘It’s more than I bargained for. I’m out.'” As it turns out, someone is indeed contemplating the way out: Keith. 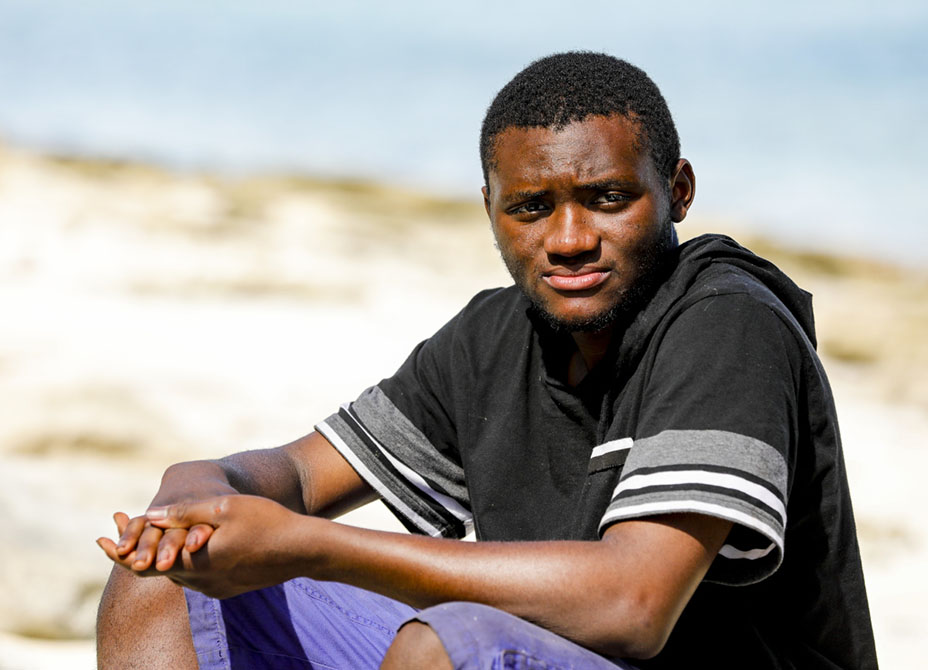 Faced with what many fans (and even former players) see as an obvious choice, Keith ends the episode undecided about wanting to continue on with the Sole Survivor quest. Leaving the week, it’s entirely unknown whether or not Keith will continue onward through the season. How’s that for a plot twist?

It’s a shocking moment for a couple of reasons, the obvious one being, well, who would turn down a second chance after getting voted out — especially when the choice is delivered in a way that offers no warning of Extinction Island’s barren nature? In the moment, for all Keith knows, continuing in the game could be as simple as moving onward to a new life with the rival Kama tribe. And yet, it remains a difficult decision for the 19-year-old Survivor, the youngest contestant of the season.

The other reason why the ending is so jarring: It’s a big shift from the Survivor status quo, especially in a season that’s already breaking away from formula. Survivor episodes rarely end on a cliffhanger. A notable instance is the penultimate installment of 2006’s Survivor: Panama, which ended with fan-favorite Cirie Fields squaring off against eventual returnee Danielle DiLorenzo in a final four fire-making challenge.

An earlier example of a Survivor cliffhanger, and one that’s even more relevant to Edge of Extinction given similarities in premise, is 2003’s Pearl Islands. Midway into the season, the Outcast twist forced both tribes to eliminate a player, while the six previously eliminated castaways voted two of their kind back into the game. The first hour of the two-part episode ended with no sign of which players would be returning, forcing viewers to wait a full week for the answer. One of those two players, scout master Lillian Morris, went on to a second place finish; she was defeated by Sandra Diaz-Twine, the only player who has ever won Survivor twice.

'Survivor: Edge of Extinction': Inside That Fiery First Tribal Council

Keith’s initial elimination, followed by indecision that could still yet lead to a final elimination, now stands alongside those two aforementioned artifacts as a rare Survivor cliffhanger — but will it remain rare? Likely not, given the premise of Edge of Extinction, and also given the evolution of Survivor storytelling.

Among the many reasons fan response to last season’s David vs. Goliath was so positive was the editing, the way in which the journey was presented to the audience. As executive producer Matt Van Wagenen told THR in an interview during David vs. Goliath: “Jeff challenged all of us to try and figure out how to tell some of these stories differently. Some of our editors have been here since day one, and most for over a decade, so they were excited for a challenge.”

The challenge is alive and well in Edge of Extinction, clearly, as it’s not just the cliffhanger ending that stands out for its freshness. Earlier in the episode, at the Kama tribe, Julie Rosenberg wonders aloud why men traditionally find immunity idols more often than women. The action then cuts over to the Manu tribe, as noted Kelley Wentworth super fan Lauren O’Connell finds the first idol of the season. One tribe sets up a story, and the rival tribe delivers on its promise.

Stories on both tribes also advance another narrative undercurrent: the rising tide against returnees. It’s punctuated on Kama with a montage centered on two-time player and one-time runner-up Aubry Bracco. At Manu, all signs point toward a Kelley Wentworth blindside, with even fellow returnee David Wright getting in on the scheming. As Wendy Diaz explains it: “Kelley has played two times before this. For me, she’s had her shot.” Put another way by famous teacher (and current advantage menu master) Ron Clark at Kama, the returnees have “had their time in the sun.”

'Survivor' Castaways Size Up the First 'Edge of Extinction' Victim

Then there’s Extinction Island, solely populated by Reem Daly at the moment. She begins the episode, and she closes it, filling in the credits sequence typically occupied by the eliminated player. Since Keith’s fate remains unknown, it’s left to Reem to fill the void. What’s more, Reem’s final scene at Extinction comes at the expense of seeing the Tribal Council vote breakdown in the closing credits, a traditional Survivor staple. It goes to show that this season, tradition, much like One World, is out the window.

“One of the things that I was saying to the producers is we have to evolve how we tell our stories, and if you look at an episode of Survivor from a structure standpoint, we’re pretty traditional,” Probst told THR in the preseason. “We tend to establish where we are, why we’re there, what the story is, and then whatever’s changed as a result. We get out and we go to the next scene. But there’s no reason that we can’t treat Survivor like any other kind of murder mystery drama in terms of how we structure and edit.

“We don’t have to spend five minutes of screen time at Extinction Island,” he added. “We just have to tell the story in the most dramatic and entertaining way. So you may find our structure changing into a situation where we’re at a tribe camp, and then we pop over to Extinction just for a moment, and then we pop back to the original scene back at camp. We want to continue to break down the walls. We’re just telling stories. We want to tell them in whatever way is most compelling and works.”

Listen to the audio of Keith’s preseason conversation with The Hollywood Reporter: