How will Survivor follow David vs. Goliath, one of the most celebrated seasons of its nearly two decades on the air? The answer stands revealed, as the CBS reality franchise looks toward disrupting its formula in drastic fashion.

Survivor: Edge of Extinction, the 38th season of the veteran competition series, kicks off on February 20 with a new twist and a new set of players, as well as four fan-favorite returnees: Joe Anglim (Season 30: Worlds Apart and 31: Cambodia), Aubry Bracco (Season 32: Kaoh Rong and 34: Game Changers), David Wright (Season 33: Millennials vs. Gen X) and Kelley Wentworth (Seasons 29: San Juan del Sur and 31: Cambodia). Speaking with The Hollywood Reporter in Fiji in the early days of production, host and executive producer Jeff Probst pulled the curtain back on what the enigmatic Edge of Extinction means both thematically and practically for the season ahead, including this bombshell: when players are voted out this year, their journey is not necessarily over.

Functionally, Edge of Extinction operates like most other Survivor seasons, at least at first glance: two tribes compete in head-to-head challenges, with the losing faction heading to Tribal Council to vote out one of their own. The roads begin to diverge from there, as the eliminated player will leave Tribal, only to discover they aren’t quite as extinct as they believed. Heading down the long and lonely path of elimination, the ousted player will encounter a sign at the end of the road, offering them one of two choices: throw in the towel, or follow an additional path to get on a boat and continue the game.

Those who choose to exercise the second option will wind up stranded in a remote location known as Extinction Island, a barren wasteland with little to offer its inhabitants beyond the faint winds of hope, and harsher winds off the ocean. The otherwise abandoned beach contains a few scattered remnants of a shipwreck (props, as always, to Dax Pointon and Zac Jensen, childhood friends who grew up to become leaders of the Survivor art department), including a broken mast with a sign that reads: “Welcome to the Edge of Extinction.” There they will remain, until they reach an opening to return to the game — and if they decide the road toward that chance is too long and grueling to bare, they can always send up the white flag on the broken ship mast, signaling their official withdrawal from the million dollar adventure. 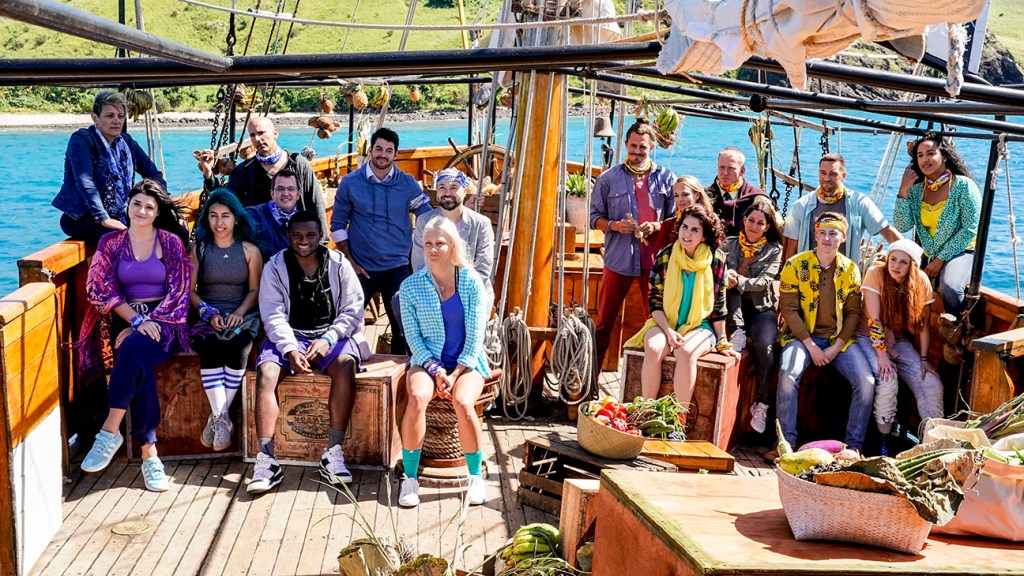 Outside of the enigmatic promise of a potential second chance, the players know absolutely nothing about their new home — and even deadlier, the men and women still active in the traditional Survivor game know even less, fully believing they are voting people out permanently. Expect a major wakeup call when the Edge of Extinction is revealed to the full cast at some point in the season.

“You’re always on the edge of extinction in this game,” Probst says about developing the season’s theme. “As we continue to evolve the show, it’s really important to us that we continue to see how far we can take this experiment. We’ve done a lot in the last few years about gameplay and advantages and twists and really wanting players to come in and play strategically. Lately, it’s also been occurring to me that we should try to get a little deeper psychologically, a little deeper spiritually. Let’s see how far people want to go. Is there a possibility of the spiritual death and rebirth that you seek in life, where you realize something deeper about yourself?”

“That’s where this idea was born,” he continues. “What if you play the game, and you get voted out,  but you also have an option? It’s not Redemption Island. It’s not Exile. It’s not the Outcast [twist from Survivor: Pearl Islands]. It’s truly a situation where you’re going somewhere where tribe life as you knew it on the island will seem wonderful, because on Extinction, you will have to work for everything. And with no certainty that you will get back in the game, it comes down to one question: how badly do you want this? How far will you want to push yourself? How curious are you to see what you’re capable of?”

Aside from its desolate nature, how will the Extinction experiment test its subjects? For now, fans will have to keep wondering; beyond the details already shared, Probst and his team are aiming to keep the secrets of the island close to the vest. Their hope: for Edge of Extinction to unfold as mysteriously on television as it unfolds for the players in the game. From that same viewer-experience perspective, Probst sees Edge of Extinction as an opportunity to advance Survivor storytelling even further, an attribute that was widely praised during the recently concluded David vs. Goliath.

“One of the things that I was saying to the producers is we have to evolve how we tell our stories, and if you look at an episode of Survivor from a structure standpoint, we’re pretty traditional,” says Probst. “We tend to establish where we are, why we’re there, what the story is, and then whatever’s changed as a result. We get out and we go to the next scene. But there’s no reason that we can’t treat Survivor like any other kind of murder mystery drama in terms of how we structure and edit.”

“We don’t have to spend five minutes of screen time at Extinction Island,” he continues. “We just have to tell the story in the most dramatic and entertaining way. So you may find our structure changing into a situation where we’re at a tribe camp, and then we pop over to Extinction just for a moment, and then we pop back to the original scene back at camp. We want to continue to break down the walls. We’re just telling stories. We want to tell them in whatever way is most compelling and works.” 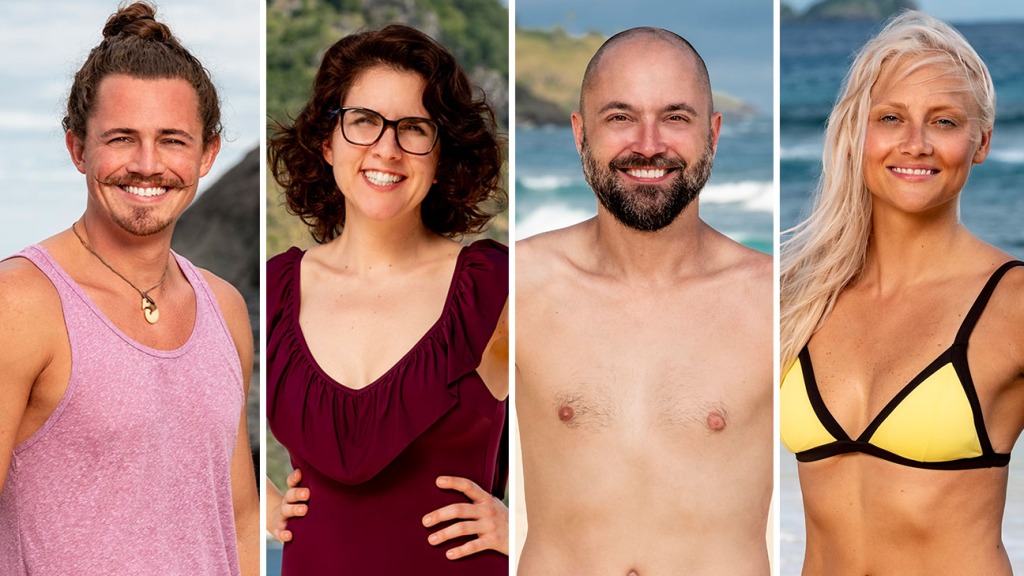 Central twist and its potential impact on the storytelling aside, the season will live or die based on its cast, including the four aforementioned Survivor alumni: Joe, Aubry, David and Kelley.

In Joe’s case, Survivor is bringing back one of the modern era’s strongest challenge performers. For Aubry, she is the only one of the four to stand before the jury at Final Tribal Council, with many fans still debating the merit of her second place finish. Both Kelley and David fell one day short of that same opportunity, and had they survived, it’s likely they would have won their respective seasons, pending the combination of fellow finalists. For Probst, all four of these players embody the current season’s theme.

“These are all four great players who are slightly different, so you can relate to any different part of their game,” he explains. “None of them won, but all of them pushed themselves. They all had obstacles they had to overcome, and they overcame them. So if you combine those things — that this is a very hard game to play, and you must push yourself further than you want, and you still probably won’t win — it makes you ask: how far are you willing to go?”

Hear more from Joe, Aubry, Kelley and David in the first episode of First One Out Presents: The People v. Extinction, our preseason podcast series: