Due to the unusual nature of Survivor: Edge of Extinction, there will be no exit interviews this season. Instead, The Hollywood Reporter’s Josh Wigler presents a weekly series of retrospective interviews from his earliest conversations with the cast and executive producer Jeff Probst before the season began. How did first impressions measure up with each castaway’s eventual fate? Draw the connections yourselves in the stories ahead. Needless to say, spoilers ahead.

The second week of Survivor: Edge of Extinction ended with a twist no one saw coming: Keith Sowell, ousted from his tribe, faced an opportunity to get back into the game — and he didn’t know if he should take it. The episode ends with the audience in the dark, no telling what Keith will do next.

Keith’s indecision flies in the face of executive producer and host Jeff Probst’s preseason expectation that most players will at least venture out to Extinction Island to seize a second chance at the Sole Survivor title. But in a way, it’s consistent with how Keith viewed his own path just a few days earlier. In the preseason, before filming began, Keith told The Hollywood Reporter that his faith would drive him through difficult decisions — and indeed, in the final moment of the episode, Keith can be seen asking for help from above.

Right now, the Survivor fandom is left wondering what’s going to happen next with Keith. Will he grab a torch and head out to Extinction Island, joining Reem Daly? If so, he may encounter a friendly face, considering their relationship on Manu beach, as well as how Reem viewed Keith in the preseason: “He’s adorable. There’s something about him. I feel like I need to know more about him.” 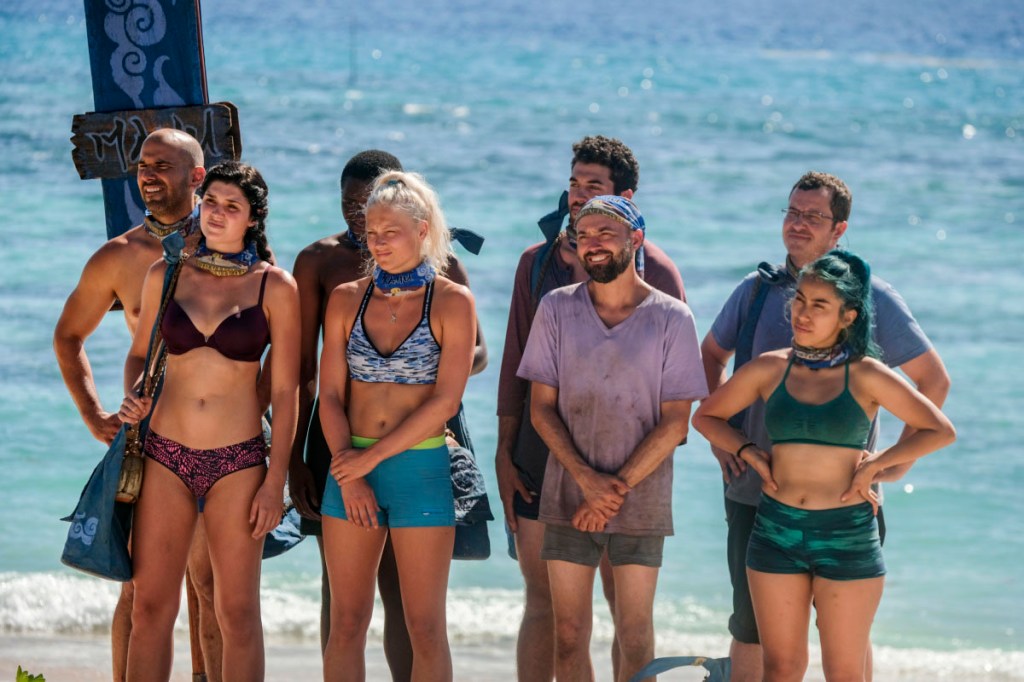 Reem isn’t the only Manu who felt an early vibe with Keith, though some of the preseason praise came with reservations. Their thoughts are ahead, and just to reset the scenario:

In the preseason, I asked the 14 new players to weigh in on each other based purely on their wordless first impressions, developed during the pregame lockdown conditions. For those unfamiliar with the process, before filming begins, Survivor players spend days with each other learning survival skills, meeting with press and producers, and other assorted odds and ends. They are unable to speak with one another, a strict policy supervised by staff, but their body language and furtive glances speak volumes enough on their own, fueling the pregame observations you’re about to read. Sadly, the returning players were exempt from this exercise, as their existence was kept secret from each other, not to mention the new cast.

With that said, here’s Manu weighing in with their first impressions of Keith:

Lauren O’Connell, college athlete: “Oh, [Keith] is so cute. I don’t ever know what he’s doing. He’s always either walking toward something, or walking away from something. I never see him doing anything, if that makes sense. He’s always in the wind, kind of everywhere. I feel like he’s the kind of guy who would hide behind a bush to listen to me talk.”

Wendy Diaz, swap meet vendor: “I like him! We were in casting together, so he knows I can do puzzles and that I can swim.”

Chris Underwood, salesman: “He’s so smiley. He’ll just look up and off into the open sky and start smiling. It makes me wonder, ‘Dude, what are you thinking about right now? What’s going on in your head?’ He’s someone I would like to align with, if he’s not totally crazy. He does seem a little bit gullible. It’s like he’s smiling, but without a purpose. I do that too, sometimes, but not all the time. Someone who smiles without purpose? It seems like he could be a pawn in someone else’s game. I’d love it if he was a pawn in my game.”

Wardog, law student: “He’s very much off to himself. He seems very humble and very shy. But just today, I was sitting in a tent near him, and caught him saying a few words. I feel like there’s a lot to his story. I’m actually very much getting to know him. There’s a layer there. I’m not sure what it is yet. But there’s a reason he’s on the show. There’s a humbleness and a confidence at the same time. It intrigues me, actually.”

Rick Devens: “I don’t know what to think about him. We were missing him one morning. He was still asleep in his tent! It seems like the game might already be a bit bigger than him.”

Josh Wigler, THR: “What’s wrong with catching up on some sleep? Get it in while you still can!” 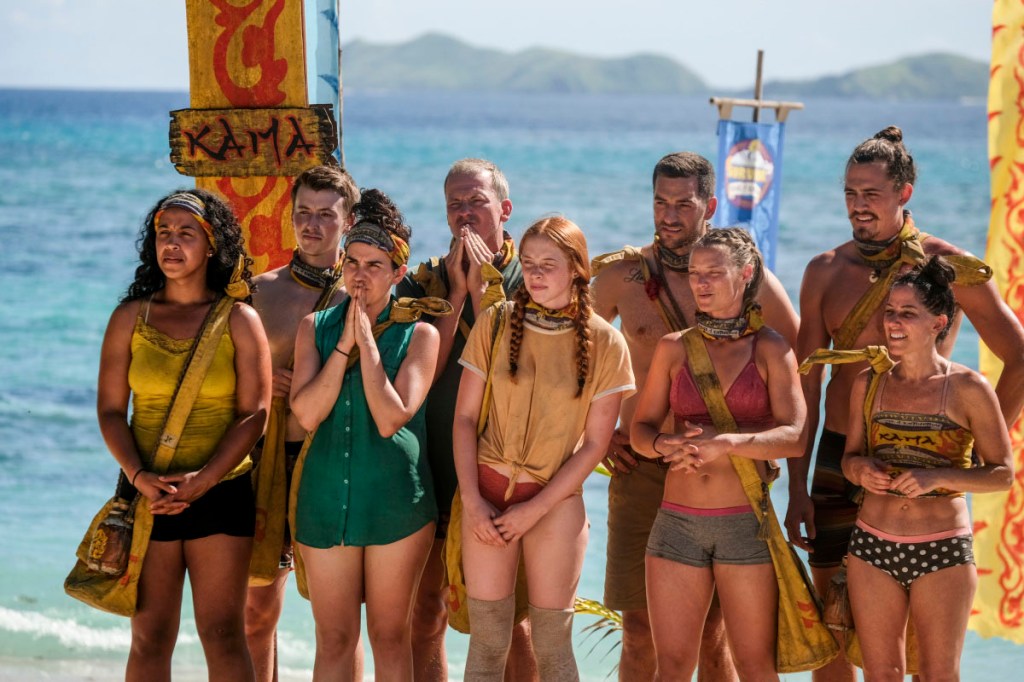 Would Keith have fared any better on the Kama tribe? Let’s turn to their beach for their thoughts on Keith, considering it’s possible some of them will meet him some day on Extinction — assuming he decides to go…

Eric Hafemann, firefighter: “I like him, man. He has this easy, cool pace about him. It’s the way he walks around. He seems like he’s happy go-lucky. Pretty mellow.”

Julie Rosenberg, Etsy shop owner: “He seems very nice. He seems super excited to be here. He always has a smile on his face. He does seem very young to me.”

Julia Carter, medical student: “He’s cool. A fellow brother! He’s the only other African-American person out here, I think. He looks really young, though. I don’t know if our games will align. We’ll see.”

Gavin Whitson, YMCA director: “He cracks me up. We were walking at night the other day. They give us these lanterns to get back to our tents [at Ponderosa]. A frog jumped out in front of him, and he jumped and took off. Bro, if you’re jumping at a frog? You better get ready. It’s coming! I can handle the frogs. We’ve already seen some poisonous snakes. He was freaking out about that. He’s not your Crocodile Dundee. But I like him. I get a good vibe from him.”

Victoria Baamonde, waitress: “He seems like someone I want to be friends with. I know we’re all having to sit alone right now, so it’s hard to put this, but I feel really bad when he’s sitting off by himself. I don’t know why. I have no idea what it is about him. He has a really sweet face. When I see him eating by himself, I just want to go up to him and have a conversation.”

Ron Clark, educator: “Wildcard. He’s very hard to read. He almost talks to himself sometimes. I’ll watch him, and he’s almost mumbling to himself. I’m not sure if he’s nervous. What’s going on in his head? I could go a thousand different directions with where he’s from and who he is. I would guess he’s Southern, in the ways I’ve heard him speak; it sounds Southern to me. He’s someone where when we go off to eat [at Ponderosa], he always go far away. He’s by himself. He’s a bit of a loner. He seems like he’s someone who’s going to need somebody to work with him in order to get to the end. He’s someone I could potentially link up with.”

Aurora McCreary, divorce lawyer: “Honestly, I think he’s too nice for this game. He’s just walking around smiling constantly. I’m worried this game is going to crush him. I don’t think he’s ready to come and play.” 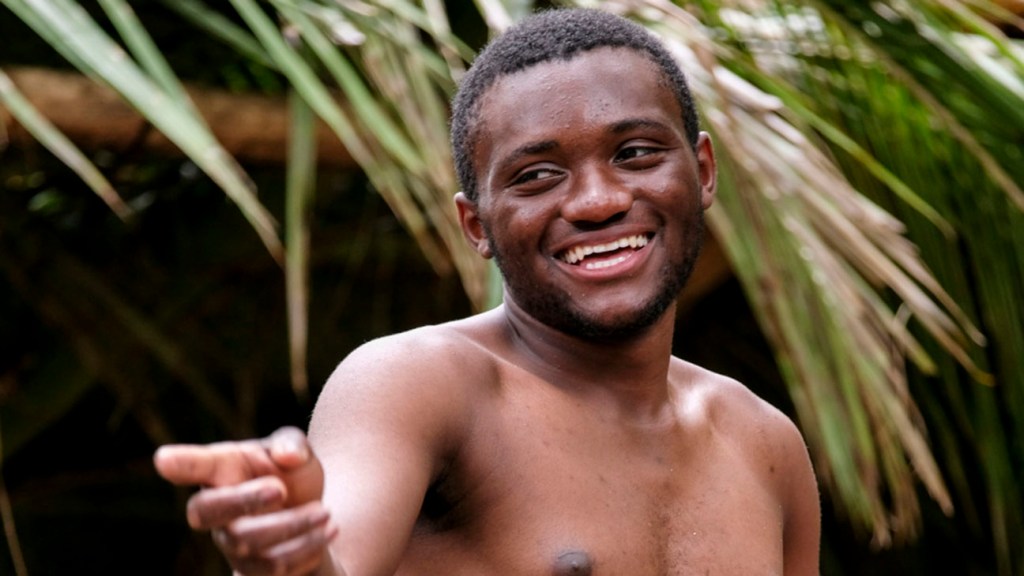 We know how Aurora’s theory panned out, as far as the traditional Survivor experience. (In Keith’s defense, however, he was instrumental in voting out Reem. He even won the season’s first Fishy!) But as far as the Edge of Extinction experience? Still untested. As we consider Keith’s next steps in the game, let’s consider the player’s past hopes. Here’s Keith in his own words, based on what he said in the preseason.

Keith on why he’s drawn to Survivor:

“I’m a competitive person. Even watching people compete against each other … it’s something I really enjoy. The thing about Survivor you can’t get anywhere else is there’s so much going on, so many moving pieces, with the immunity challenges, idols, the different alliances going against each other — it’s a lot to take in. I enjoyed it so much, because it’s so many different elements. They’re starving. You can’t factor that in. I’m sitting at home and watching a challenge, thinking, ‘I can do this!’ But they’re starving while doing it. You can’t factor that in. It’s just so much.”

“I’ve seen some people who say they’re out here to challenge themselves. I’m not out here to spend nights outside and put myself through starvation for fun. That’s not a challenge I want to have. I can challenge myself many other ways. I can go and play another sport. This isn’t something to do for fun. It’s strictly for the endgame. I love the game, but I’m looking toward the end. I’m here for the million.”

Keith on how he hopes to push through fear:

'Survivor' Castaways Size Up the First 'Edge of Extinction' Victim

Keith reflects on other teenagers who have played Survivor:

“I feel like they approached the game the wrong way. They were afraid of their age. Will [from season 33] didn’t want to be seen as a young kid. Michael [from season 36] straight up lied about his age. That’s not what I’m going to do. I’m going to let people know that I’m 19. I’m probably the youngest one out here. I’m willing to take that role. I’m willing to be the little brother, the best friend you need me to be. If I play that right, it’ll bring me forward to the merge. That’s where I can start shining out. Being 19 and using my age to downplay myself in people’s eyes will keep me around. If a blindside happens, they’ll be thinking, ‘Oh, he wasn’t the engineer behind that.’ But in reality? I will be. [My age is] going to disarm people.”

Keith on the difficulty of leaving his family behind:

How would Keith react to being the first player voted out?

Was Keith concerned about getting voted out early?

“I feel pretty good. I’m going to use my age to my advantage. If you need to make a dent in something with the first vote, why vote out the 19-year-old? I will help you out in the challenges. I will do the puzzles. I’m really good at puzzles and I have the smarts to back it up. I feel really good about puzzles. I’ve practiced slide puzzles, cut out Survivor logos and placed them back together. I’ve done the crossword puzzles, the word searches, unscrambling words … I’ve done all of that.”

How will Keith deal with boredom?

“It really hit me being at Ponderosa, with all the downtime. I don’t think I’m prepared for it. There’s probably a reward challenge every second day, and an immunity challenge and Tribal Council every third day … that means you’re going to have one day where you’re doing nothing physical, just talking to people. That’s going to be really hard for me. I’m not used to sitting around and doing nothing.”

Listen to the audio of Keith’s preseason conversation with The Hollywood Reporter:

These interviews have been condensed and edited for clarity.