The 34th season of CBS’ Survivor draws to a close at the live finale on Wednesday evening, putting an end to the fourth full-scale all-stars season in the long-running franchise’s history. The six castaways still on the hunt for the Sole Survivor title include a mix of people who have been in this position before, and some who were never even close.

Which of these Survivors will walk away with the win? Viewers will know for sure before the day’s end. Ahead of that, Survivor host Jeff Probst tells The Hollywood Reporter about each of the remaining six players’ chances heading into the finale, joining us for one last Game Changers conversation before the season ends. 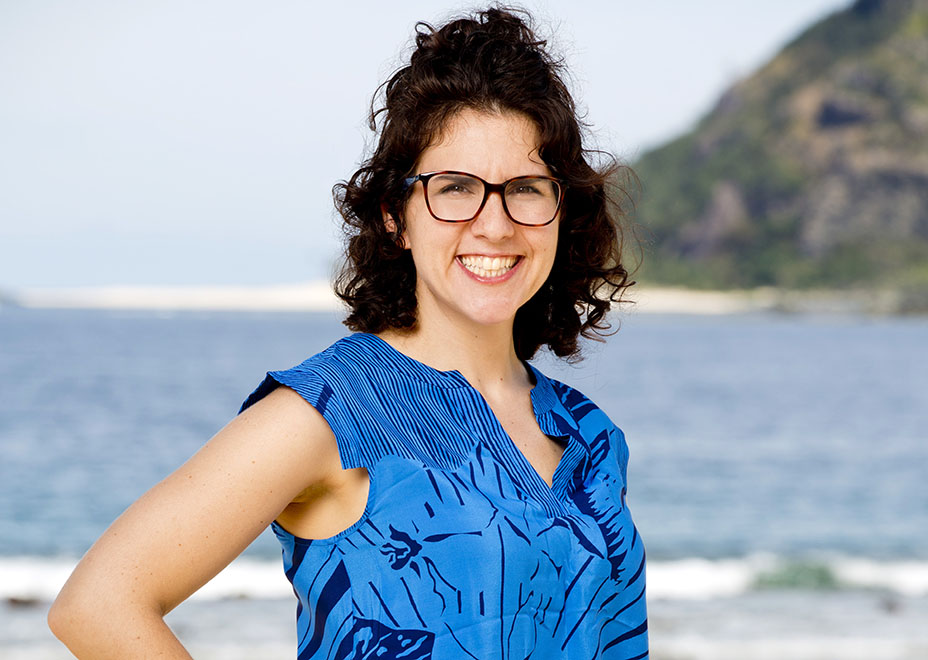 Aubry Bracco, the Kaoh Rong runner-up with a knack for sharp confessionals, creating houses of cards and coleslaw.

“One of the smartest to ever play, she has once again put herself within striking distance of the end,” Probst says. “Much like the first time she played, Aubry has had to work hard every step of the way. Sometimes you get a bit of Survivor luck, sometimes you have to work around the bad luck. Aubry must continue to play the way she has for the past 35 days: moment by moment, and look for an opening.” 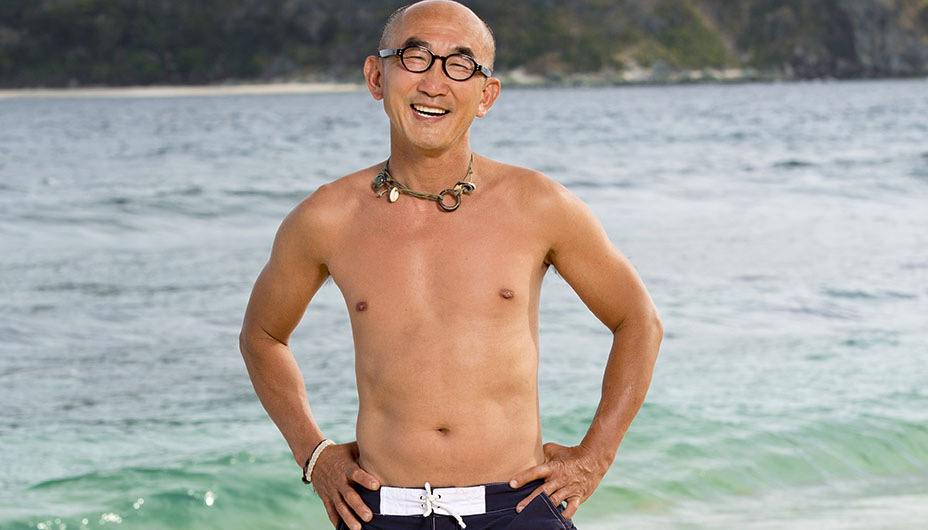 “Still a very popular player amongst fans, Tai has once again struggled this season with his emotions,” Probst says. “If you play Survivor with any degree of a conscience, it will be brutalized. Tai is at a crossroads and needs to get it together. With two idols, he has the most power in the game and he has shown in the past that he is willing to be risky in how he plays them. Now it comes down to what decision he makes, and does he time it right.” 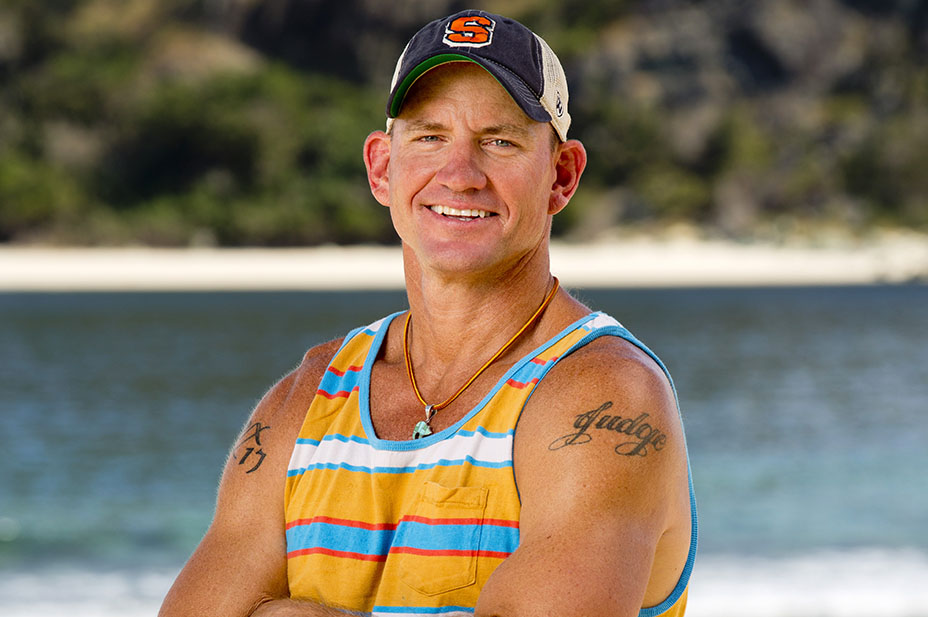 Brad Culpepper, the Blood-Water lightning rod and family man with an eye for home decorating.

“Culpepper came out very strong, but seems to be waning a bit in these last days,” Probst explains. “I think he is seen as a threat and people want him out. Plus, his relationship with Troyzan is no secret, and that’s another strike against him as having two votes with only six people left is a giant advantage. The pressure is on him to find a way to stay in the game.” 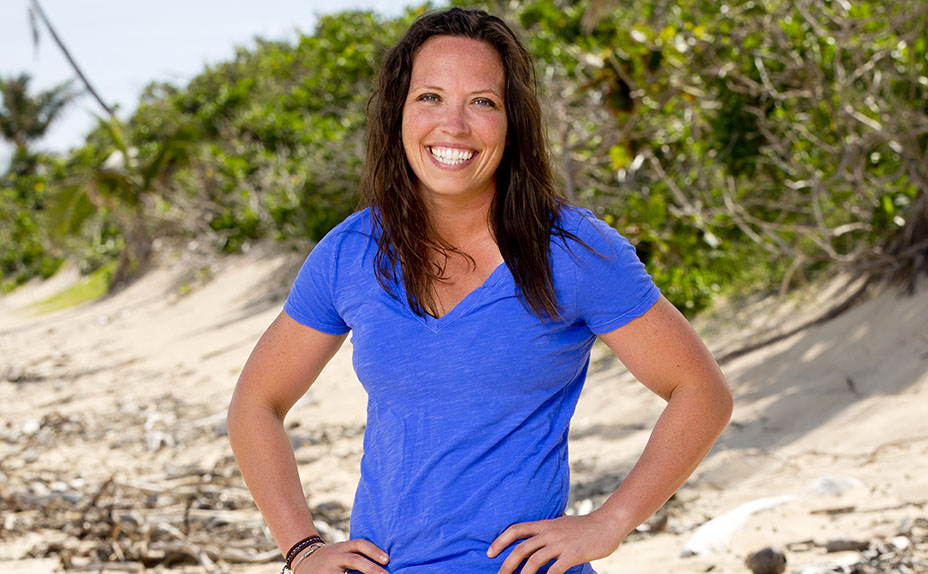 “Sarah has played an aggressive game from start to finish,” Probst says. “The last Tribal Council has left things very up in the air regarding who Sarah can trust and who trusts Sarah. Her relationship with Cirie is in question as is her relationship with Tai. She has the Legacy Advantage, which guarantees her safety at the next Tribal Council, but after that? It’s going to get bloody.” 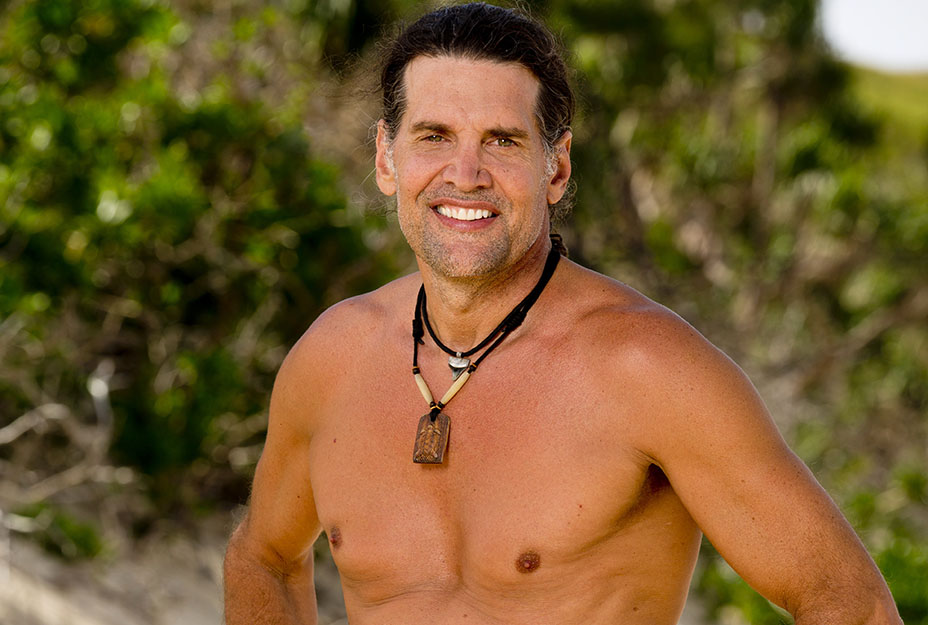 “Nobody wanted a second shot at playing Survivor more than Troyzan,” Probst says. “He waited a long time for this shot and he has put himself in a very good position. He has what appears to be a tight partnership with Culpepper, and he has held onto his idol for nearly the entire game — two keys. Of anyone left, he has the best odds of getting to the end.” 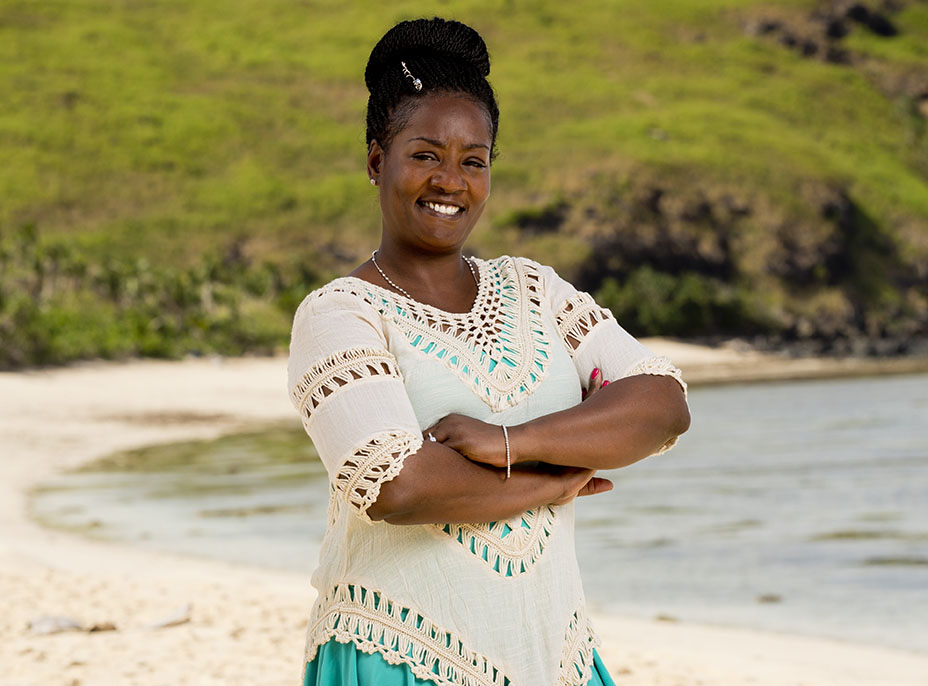 Cirie Fields, the legendary four-time player often described as the best to never win, and now aiming to remove “never” from the equation.

“It has been another amazing season of nuanced game play by Cirie. There’s a reason she is a fan favorite,” Probst says. “She attempted a very big move last Tribal, and it backfired. Now Michaela is gone, and she has some explaining to do to Sarah. Cirie’s strength is her ability to maneuver within alliances; her weakness is she does not do well in challenges, so she rarely controls her own fate. And the biggest obstacle Cirie faces is nobody wants to go up against her in the end.” 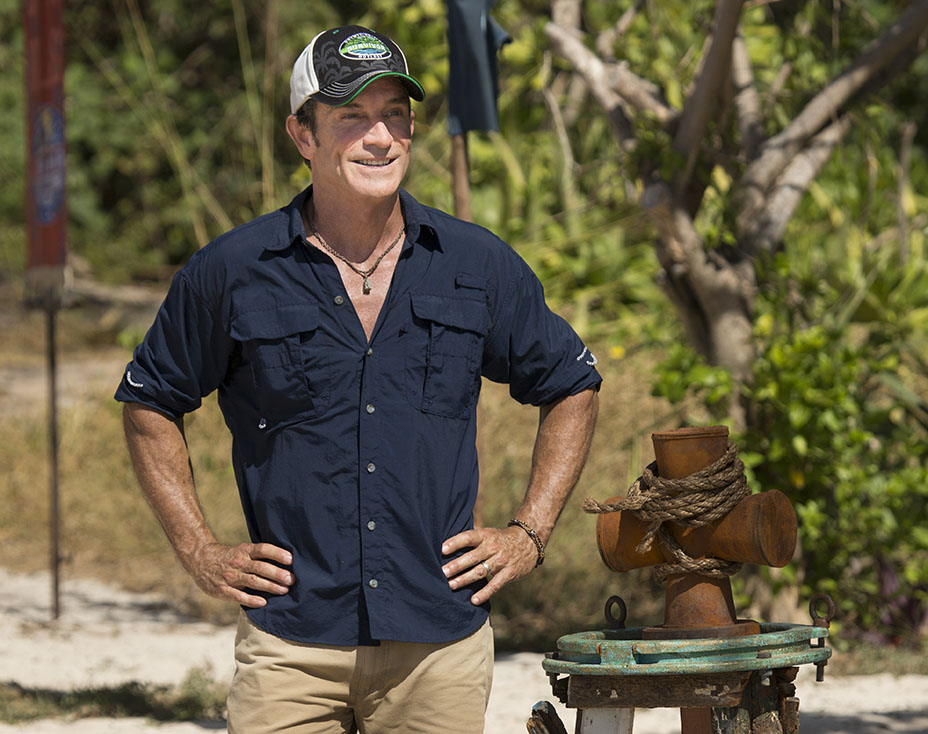 Probst also teases what fans can expect from the live reunion show. “There is nothing like a live show. It’s electric. In the case of Survivor, I think the key to a successful live reunion show is just accepting the fact that you will never get to all the people and questions you have, given the time constraints,” he says. “When you look at the 20 entertaining players from this season — and all the huge moments that happened —and you start doing the math, it just doesn’t add up. Once you acknowledge that, you can have fun!”

The longtime host and executive producer credits several key players behind the scenes for some recent, and vital, changes to the live show format: “From a content standpoint, I make the show with two amazing women. Carol Donovan, our exec producer, runs a very smooth show with absolutely zero drama. Never even a raised voice. She has a great big-picture perspective that is essential. Amy Coleman, an exec producer in her own right, comes on as a consulting producer because we’re friends and she’s a big Survivor fan. The biggest change we’ve made creatively is having Amy do the pre-interviews with the contestants. She’s brought a really fresh perspective to what we discuss in the reunion show. Tom Boles, our co-executive producer, handles our money and logistics, and the legendary Glenn Weiss helms it all in the director’s booth.”

For all the memorable moments that the Survivor live shows have become known for, Probst reveals some of the best moments from the day of the live show happen off-camera. “We’ve been very fortunate to have a loyal audience for 17 years, and as a result, tickets to the live show are still in high demand,” he says. “We try to create a fun experience by setting up real Survivor challenges on the lot where fans can compete against Survivor players and take photos. Then, we get everybody in their seats and watch the two-hour finale together. It becomes a very communal experience because everybody is a fan and everybody is rooting for their favorite player.

“One of the bizarre truths of most live shows, at least in my experience, is the majority of the craziness on the actual shoot day comes from all the stuff happening outside of the show,” Probst continues. “Ticket requests, friends visiting, charity winners, press obligations, that kind of stuff. When the actual show starts is when the real fun begins. Everything becomes really calm and very clear. Being ‘live’ is the best feeling, because there is no safety net, so your focus has to be sharp.” 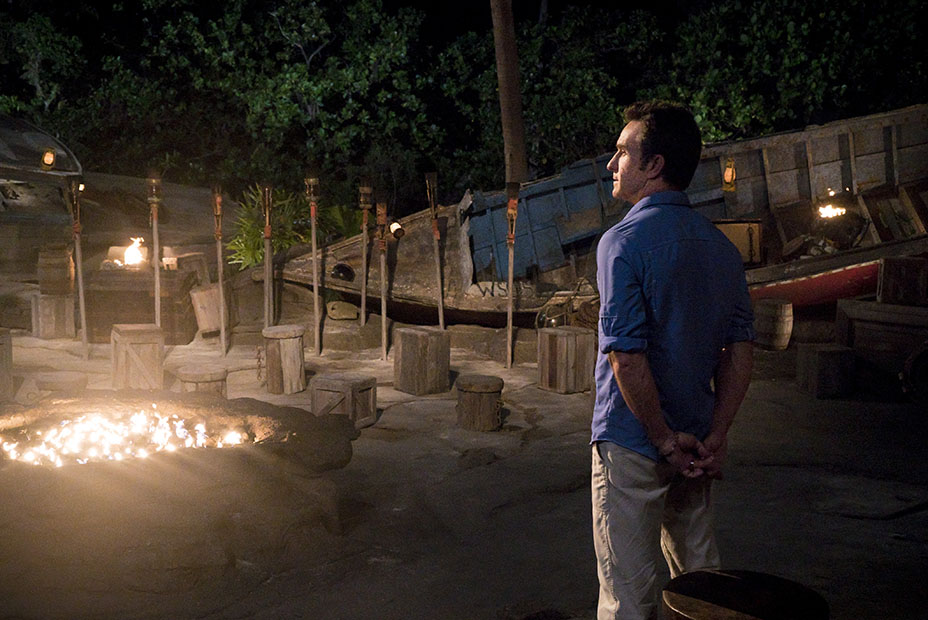 Who do you think will win Survivor: Game Changers? Sound off with your predictions in the comments, and stay tuned to THR.com/Survivor after the finale for our recap from Daniel Fienberg, as well as a special look at the next season.